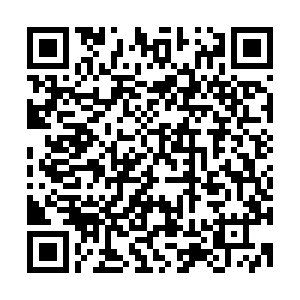 Beijing shut down the Xinfadi wholesale market at 3:00 a.m. local time on Saturday to curb the spread of coronavirus.

The move came after some market staff tested positive for the virus. According to an official, the virus was also found on a chopping board used for handling imported salmon.

Jingshen seafood market in Fengtai District where a confirmed case had visited was also closed. All relevant people including customers and meat dealers have undergone nucleic acid tests. In total, six major wholesale markets in Beijing suspended, or partially suspended, operations on Friday.

Beijing authorities said over 10,000 people in Xinfadi market will take a nucleic acid test.  Beijing's administration for market supervision said that it will step up supervision over markets.

Six new domestic cases were reported in Beijing on Friday and one was reported on Thursday. The new rise in numbers come after no new cases for nearly two months.

Two cases reported on Friday are colleagues from a meat research center in Beijing's Fengtai District, and they are receiving treatment at a designated hospital. One patient had traveled to Qingdao, East China's Shandong Province for five days, while the other had no recent travel history.

Beijing authorities said it will strengthen inspection and management measures when checking inbound passengers and imported goods to curb the spread of coronavirus.

Several major supermarkets in Beijing took salmon off their shelves in the early hours of Saturday morning as the coronavirus was detected on imported salmon processing tables at Xinfadi market.

Beijing authorities on Friday summoned relevant officials from the capital city's Fengtai District, underscoring the importance of the implementation of the normalized measures of epidemic control and prevention.

Cai Qi, secretary of the Beijing Municipal Committee of the Communist Party of China (CPC), and Chen Jining, the mayor of Beijing, summoned the officials following a meeting regarding the municipal epidemic control and prevention, urging them to take serious actions to curb the spread of the novel coronavirus.

Xinfadi wholesale market should be taken as a focal point in the epidemiological COVID-19 investigation, Cai noted, adding that a work team will be sent to the market to make sure the situation is well under control.

Operations at Xinfadi Long-distance Bus Station have been suspended on Saturday following the positive coronavirus tests at Xinfadi market which is around two kilometers away.

On the same day, traffic controls were tightened on the Beijing-Kaifeng Expressway to inspect outbound vehicles.