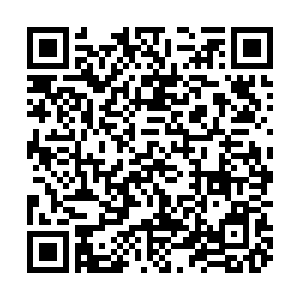 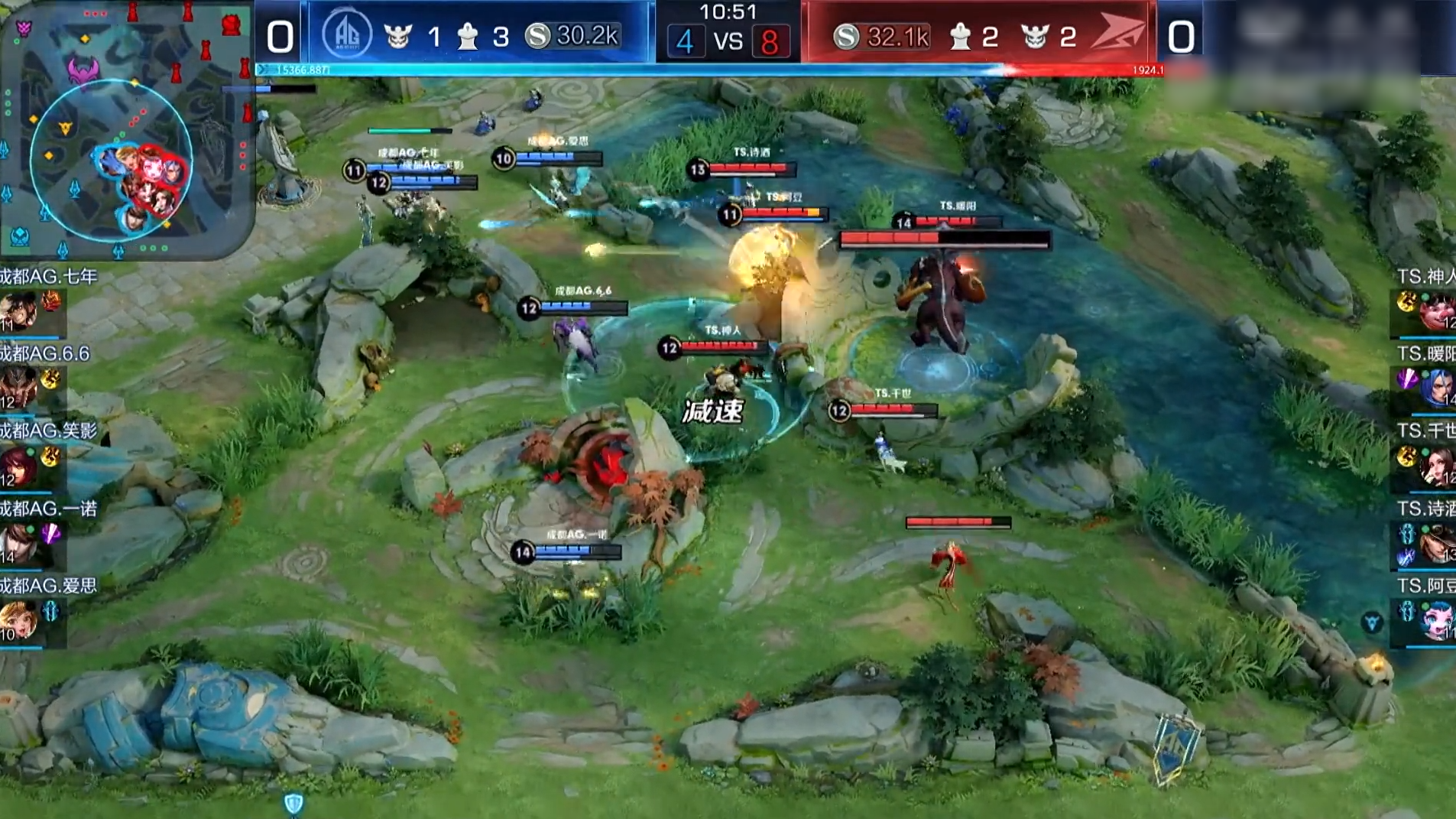 TS GAMING defeated All Gamers (AG) 4-3 in the King Pro League (KPL) Spring Final in Shanghai on Saturday, breaking its embarrassing record of three straight losses to the same opponent, and winning the Spring championship.

TS also made history with Saturday's victory. It was the first team to claim 13 straight wins over five teams to gain the title after starting their champion journey in the losing group.

How history was made

The first two games took exceptionally long to finish as the two teams played cautiously to reduce misses. But the third and fourth game were like landslides and whoever got the advantage in the first few minutes went on to win the games.

Unlike other Multiplayer Online Battle Arena (MOBA) events, the KPL has a rule called "all-round ban-pick" which restricts each team to using a character only once in the first six games. So it's critical for players to master at least seven characters in the game in order to remain competitive.

And when the two teams hit the score of 3-3, an "ultimate battle" was played in which all characters became available again to let the teams unleash their best composition of characters.

AG brought out their famous composition, which was built around the hero Pei Qinhu with a focus on getting an early-game advantage. But their efforts were in vain because TS bought enough time to go through the early game without losing too much to turn it around in the end.

The MVP for the final was Lin "Nuanyang" Heng, the jungler of TS who stood out at many critical moments during the season and ensured the team's eventual victory.

"I'm so glad to be selected as the final MVP. After fighting for years, I finally proved my strength," said Lin after winning the honor.

Both TS and AG will go on to compete in the international event Honor of Kings World Champion Cup (KCC) together with local and South Korean teams. The KCC will begin on June 22.

The final's English-language broadcast was carried out by Tencent E-sports in cooperation with CGTN Digital. It was the news outlet's first time streaming a full best-of-seven esports match. 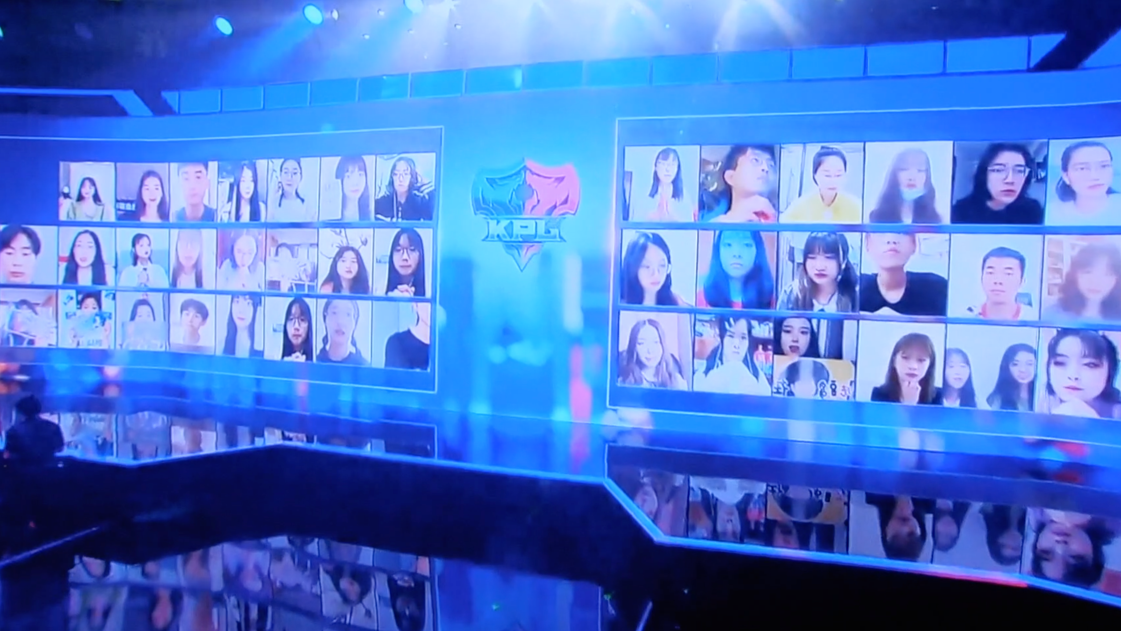 While the players competed in a venue in Shanghai, the viewers were all virtual due to concerns around the COVID-19 pandemic.

But that did not stop fans from showing their support.

"The participation in this year's online audience grew by about 50 percent," said Zhang Yijia, general manager of the Mobile Esports Department of Tencent Interactive Entertainment Group. 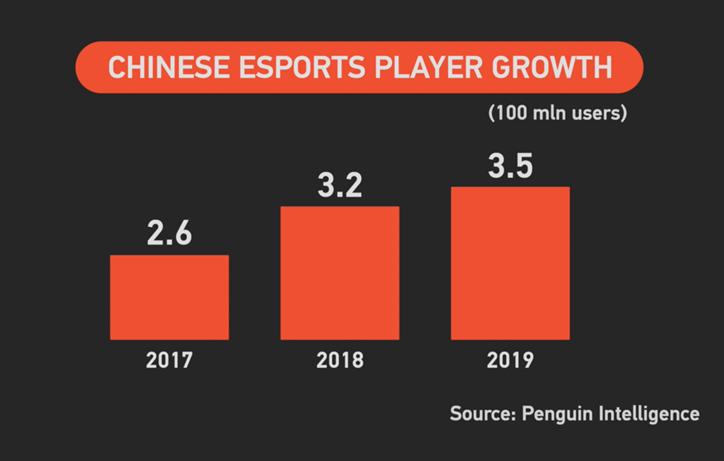 Organizers say online viewership this year had already hit new highs during the preliminaries in March, when they moved the entire competition online.

That means esports has, with the way they are played, warded off the impact of COVID-19 on sporting activities.

Player numbers have been rising steadily in the past three years for esports in China, and industry experts say the stay-at-home lifestyle for many in 2020, has in some ways supported the further growth of this number. "We are expanding our operations in Shanghai. In March, we launched our competition broadcast center here," said Zhang.

The municipal government of Shanghai wants to turn the city into a global esports hub. Commercial interests in this industry in Shanghai have been picking up steam. The venue of this year's KPL is one of the newly constructed projects that cater for esports competitions and activities. "We have other cooperation projects in the pipeline in other districts of Shanghai," said Liu Bin, general manager of the ESP project.

In 2018, esports were officially incorporated in the Jakarta Asian Games. And the industry is gaining mainstream recognition in the sporting world.