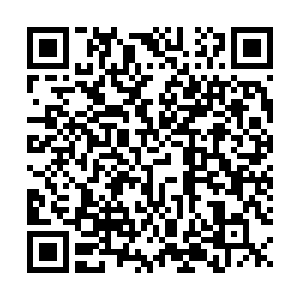 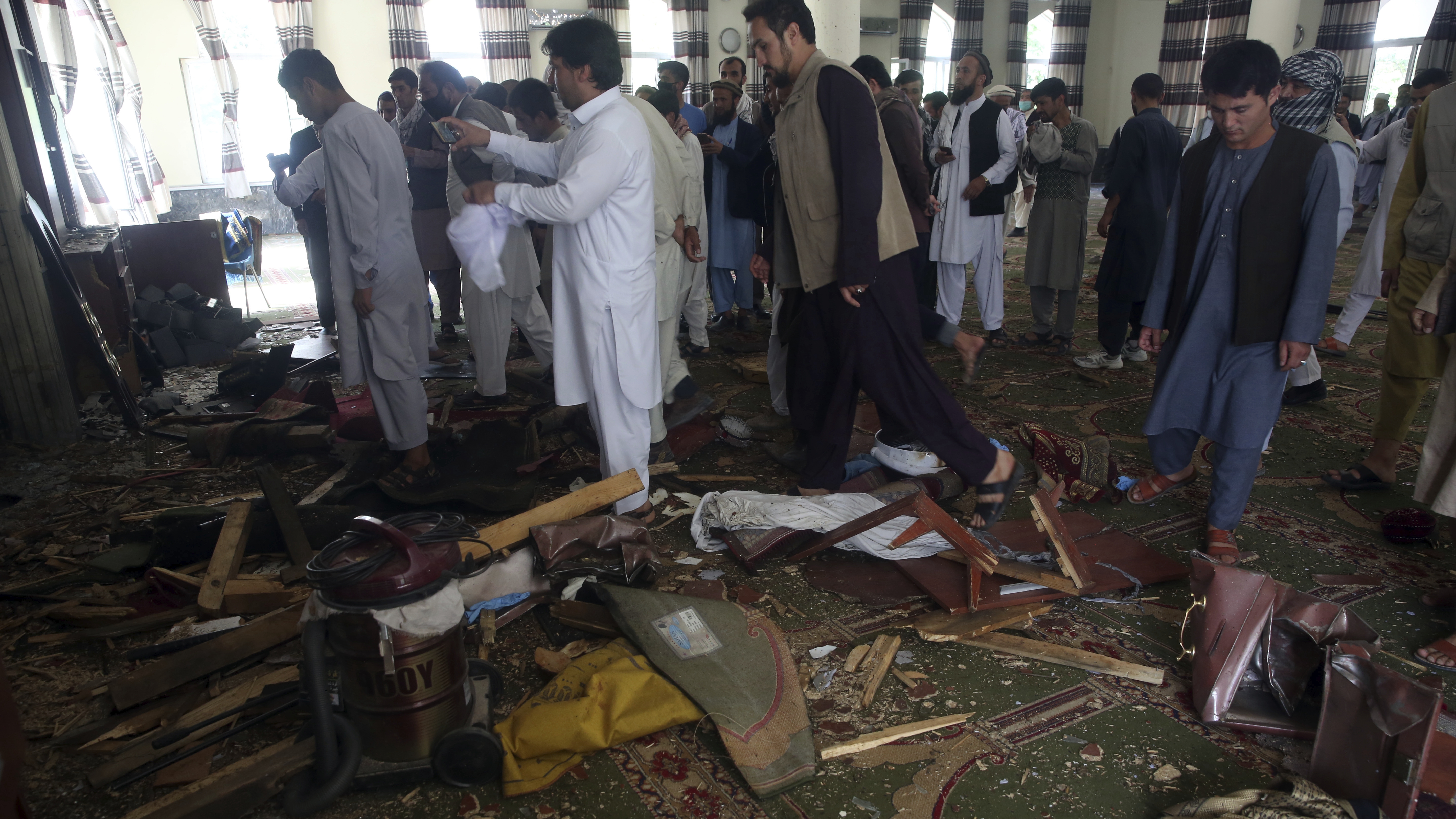 Afghans inspect the inside of a mosque following a bombing, in Kabul, Afghanistan, Friday, June 12, 2020. /AP

Afghans inspect the inside of a mosque following a bombing, in Kabul, Afghanistan, Friday, June 12, 2020. /AP

U.S. President Donald Trump signed an executive order which mandates sanctions on court officials who are investigating allegations of U.S. war crimes in Afghanistan on Thursday. The ruling allows the U.S. treasury to block the assets of International Criminal Court (ICC) employees and impose travel bans. The court described the decision as an "unacceptable attempt to interfere with the rule of law." The move was met with condemnation from the European Union, United Nations and others. Secretary of State Mike Pompeo however denounced the ICC as a "kangaroo court" and accused it of violating America's national sovereignty.

The move did not attract the coverage or for that matter, the outrage it deserved and certainly not on the scale if it were a country antagonistic to the U.S. who did the same thing. In many ways though, the order by the White House is not surprising. Whilst there is a longstanding tradition in U.S. foreign policy that its own troops ought not to be subject to foreign court interventions or war crime investigations, Tuesday's development is nonetheless a series in a growing number of attacks by the Trump administration on international organizations as part of a more comprehensive unilateral policy.

The United States does not believe that it ought to be subject to international courts for its overseas military actions. Despite being a country that has waged more wars than any other in history, it strongly believes that its own servicemen ought to be exempt from international investigation and scrutiny over war crimes. The logic is this is vested within American exceptionalism, which in turn creates the premise of American unilateralist foreign policy, whereby the U.S. deems it can better gain for itself by leveraging its political power than compromising on an institutional level. Washington consequentially believes that it has a vested right to force its laws on others via black listings and sanctions, but no authority or body has a right to impose their laws upon the U.S. itself without consent. A one track vision of sovereignty. 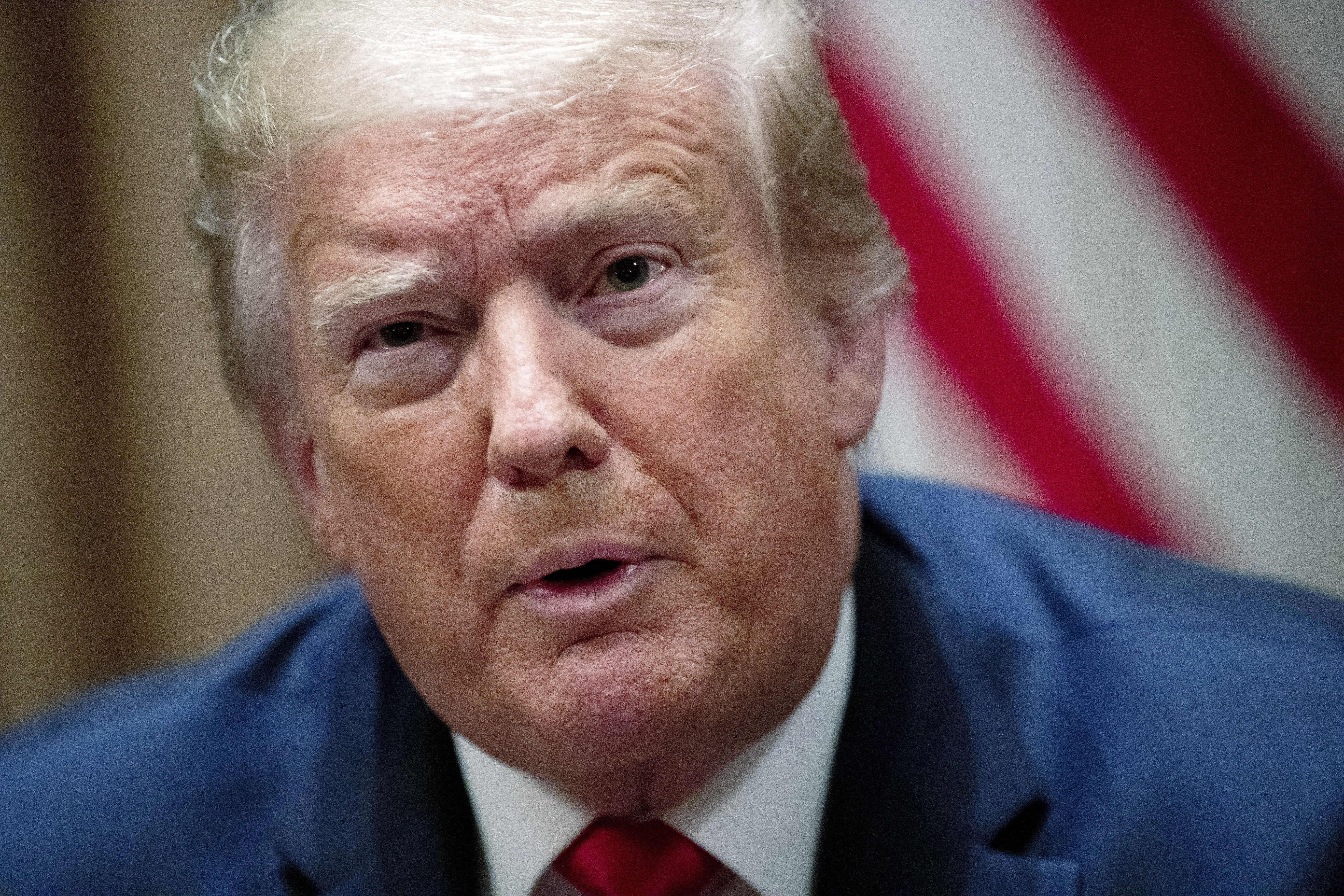 In this June 10, 2020 photo, President Donald Trump speaks during a roundtable discussion in the Cabinet Room of the White House in Washington. /AP

In this June 10, 2020 photo, President Donald Trump speaks during a roundtable discussion in the Cabinet Room of the White House in Washington. /AP

In doing so, the tradition of refusing to cooperate with war crimes investigation is an entrenched and consistent position. It is one not given much attention by the mainstream media in the West. The American Service-Members' Protection Act, passed in 2002 by George W. Bush, authorizes the U.S. president to use "all means necessary and appropriate to bring about the release of any U.S. or allied personnel being detained or imprisoned by, on behalf of, or at the request of the International Criminal Court" and bans "prohibits federal, state and local governments and agencies (including courts and law enforcement agencies) from assisting the court." The act came within the context of American invasions of Afghanistan and Iraq within that period.

Given this, the Trump administration's sanctioning of the court is hardly a surprise. Whilst it goes further than past presidencies, it nevertheless builds on this strictly unilateralist tradition and becomes part of a broader mix of the White House's own attacks on international organizations. During his time in office, the President has withdrawn from many treaties and agreements, these include: the Iran deal, the United Nations Council on Human Rights (UNCHR), the United Nations Educational, Scientific and Cultural Organization (UNESCO), the Iran deal (JCPOA), the Paris Climate Accords, the intermediate forces treaty (INF), Trans-Pacific Partnership (TPP), the World Health Organization (WHO) and more.

What the ICC attack has in common with all these other withdrawal is that each time an institution is deemed to obstruct, challenge or force a compromise to America's national interests, the answer is to simply subvert and ignore it, even if this involves turning legally binding international treaties on their heads. For the Trump administration especially, such organizations are of use only if they conform to what America wants rather than if they dilute their influence.

Given such, in a world whereby the U.S. is increasingly insecure about its power status and hegemony, it is hardly a surprise that these unilateral tendencies are becoming more and more aggressive from the presidency. This is deeply ironic given that Pompeo can accuse China of "cheating" on commitments despite the long trail of destruction left behind by the Trump White House as it re-engages on one commitment after the other, pushing a foreign policy which is not built on a willingness to collaborate earnestly with other countries but to "America First."

Therefore, as a whole, Trump's attack on the ICC is certainly an extension of his own brand of politics, but in turn it builds on a very clear and uncompromising position of American unilateralism when approaching allegations of war crimes. The United States uses institutions when it suits them, and ignores them when it does not. The White House as it stands has merely amplified this to a new level, now attacking, withdrawing from and even sanctioning anything which may hold the U.S. to account. Whilst people obsess over the "China threat"- in practice Trump is happily destroying world order in the name of America first.