Coronavirus puts over 13,000 Chinese film companies out of business
CGTN 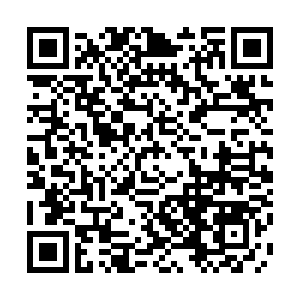 The impact of the COVID-19 pandemic has been felt in almost every sector in China, but the film industry seems to be suffering the most.

According to a report by the Securities Times, more than 13,000 Chinese film and TV companies have cancelled or revoked their business registrations this year, far more than the whole of 2019.

Since the COVID-19 outbreak, more than 70,000 screens in around 10,000 movie theaters across China have been ordered shut, and countless movies in production were forced to take a deep freeze.

Last month, the Chinese government unveiled a set of rules to reopen higher-risk public spaces. However movie theaters have yet to receive the specific permissions.

"It's time to consider allowing movie production to begin and movie theaters to reopen. Beijing has downgraded its emergency response level from two to three, and most of the businesses in China have returned to normal operations," said Jia Zhangke, one of China's most prominent filmmakers, last week. "Some movie companies are losing a million yuan a day, and a million employees working for them need to survive," he wrote in a post on Chinese social media Weibo.

China has largely controlled the epidemic, but on Saturday, Beijing registered 36 new domestically transmitted COVID-19 cases. In response, Fengtai District launched "wartime-like" control measures to curb the spread of the coronavirus, meaning movie theaters have to wait longer to reopen and the film industry continues to face an uncertain future.

The outbreak has pushed small, less profitable cinemas out of business. China's cinema industry started to expand rapidly in 2011, adding about 1,000 new theaters each year since. But with rents still due and no source of income, some cinemas might be forced to shut their doors for good.

China's box office will suffer a revenue loss of 30 billion yuan this year, according to the National Film Administration. If the reopening is delayed till October, it would cut 2020 revenues by 91 percent, down to just 5.79 billion yuan, according to the China Film Association's calculations.