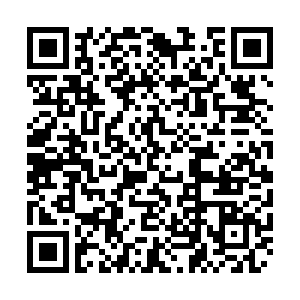 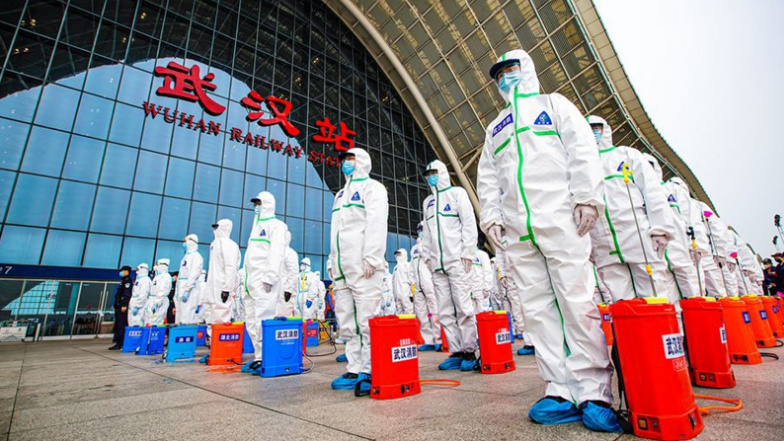 Doubt has been cast over a Harvard study that suggested that the new coronavirus broke out in the Chinese city of Wuhan as far back as August 2019.

The research, which has not been peer-reviewed, used satellite imagery of hospital parking lots in Wuhan, where the disease was first reported in December 2019, and data for symptom-related queries on search engines for words such as "cough" and "diarrhea."

Since its release, however, the research has drawn criticism from independent scientists who not only questioned its methodology but also dismissed it as invalid. China, on its part, has rejected the findings, saying it is "incredibly ridiculous that the conclusion was drawn based on superficial observations such as traffic volume."

The study claims that there was a jump in online queries for coronavirus symptoms on popular Chinese search engine Baidu. Searches for diarrhea, one of the COVID-19 symptoms, were particularly highlighted by the research because they showed a consistent upward trend between August and December. But this finding, one of the smoking guns that corroborate the study's observation on online data, is deeply problematic.

Baidu executives have disputed this finding, saying online queries on diarrhea were actually in decline over that period, which raises questions over the accuracy of the study's discovery.

According to a BBC investigation, the Chinese term that was used by the research is translated from "symptom of diarrhea." While there was indeed an increase in online searches for "symptom of diarrhea," queries on the term that translates into "diarrhea" showed instead a noticeable drop, the BBC found by using Baidu's tool to analyze the popularity of search queries.

Apart from what appears to be an untenable finding on the frequency of diarrhea queries, the study's choice of this particular symptom as an important indicator to a query surge also invited doubt.

While the paper cites a study carried out by the Wuhan Union Hospital and Wuhan Tongji Medical University to indicate the important role that diarrhea plays in community transmission, experts say it is actually one of the least common symptoms of COVID-19. According to a UK study, which has examined the symptoms of more than 16,000 coronavirus patients, diarrhea is ranked as the seventh most common symptom.

In addition to diarrhea, online queries for other symptoms were either only displaying an inconsequential increase between August and December or deemed as irrelevant. For example, the trend in searches for "cough," another term the Harvard paper found uptrending, is dismissed by the paper itself. It says that this respiratory symptom shows seasonal fluctuations that coincide with yearly influenza seasons and therefore the increase in searches for "cough" alone does not indicate COVID-19.

The second major contention of the study lies in the increase in hospital car park occupancy in August. Serious flaws have also been identified. As the research dismissed images with tree cover and building shadows to avoid over or under-estimation of vehicle counts, an examination of the satellite images also conducted by the BBC found that this approach is not sufficient to give an accurate assessment of the car counts.

A large proportion of parking spaces in these hospital car parks were either blocked by buildings or outright invisible, the BBC has found. The underground car park at Tianyou Hospital, which one of the study's authors admitted that was inaccessible by looking at satellite images, is a case in point.

Satellite experts also told the Global Times that the images used by the study to compare traffic volumes in 2018 with those in 2019 were not taken from the same angle. The images taken at Zhongnan Hospital, for example, indeed demonstrated a sharp difference between the two periods, but the angle adopted by the 2018 pictures saw buildings blocking most of the parking spaces, while the vertical angle in the 2019 ones allows clear visuals in almost all of them.

Another hospital around which the study finds a traffic surge is also put into question. The Hubei Maternal and Child hospital, where an area in front of the main building that appeared empty in 2018 was filled with vehicles in autumn 2019, had been undergoing construction since 2019 to expand its parking area, people familiar with the area told the Global Times.

According to the BBC, concerns about the inclusion of the Hubei Maternal and Child hospital in the study have also been raised, since children are rarely infected with the coronavirus.

"This is totally inconsistent with the facts. If what the paper said was true, that the virus was circulating earlier, the outbreak would also have emerged earlier given the virus's highly contagious nature," Peng Zhiyong, the director of the intensive care unit of the Zhongnan Hospital of Wuhan University, told the Global Times.

Paul Digard, an expert in virology at the University of Edinburgh, said that while using search engine data and satellite imagery of hospital traffic to detect disease outbreaks "is an interesting idea with some validity," the data was only correlative and cannot identify cause.

Imperial College London, in collaboration with the World Health Organization, has also traced the family tree of the virus, estimating that it appeared in China around December 5.