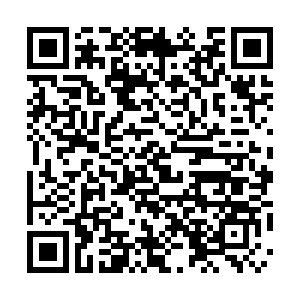 The Civil Code of the People's Republic of China, the country's first civil code and its first law labeled a "code," was adopted on May 28 at the third session of the 13th National People's Congress, China's top legislature, and will take effect on January 1, 2021.

During the compilation process, a total of 1.02 million pieces of advice from around 425,000 people were solicited.

Over the two weeks since its adoption, what terms in the code were most debated online? What issues did people at home and abroad care about most? 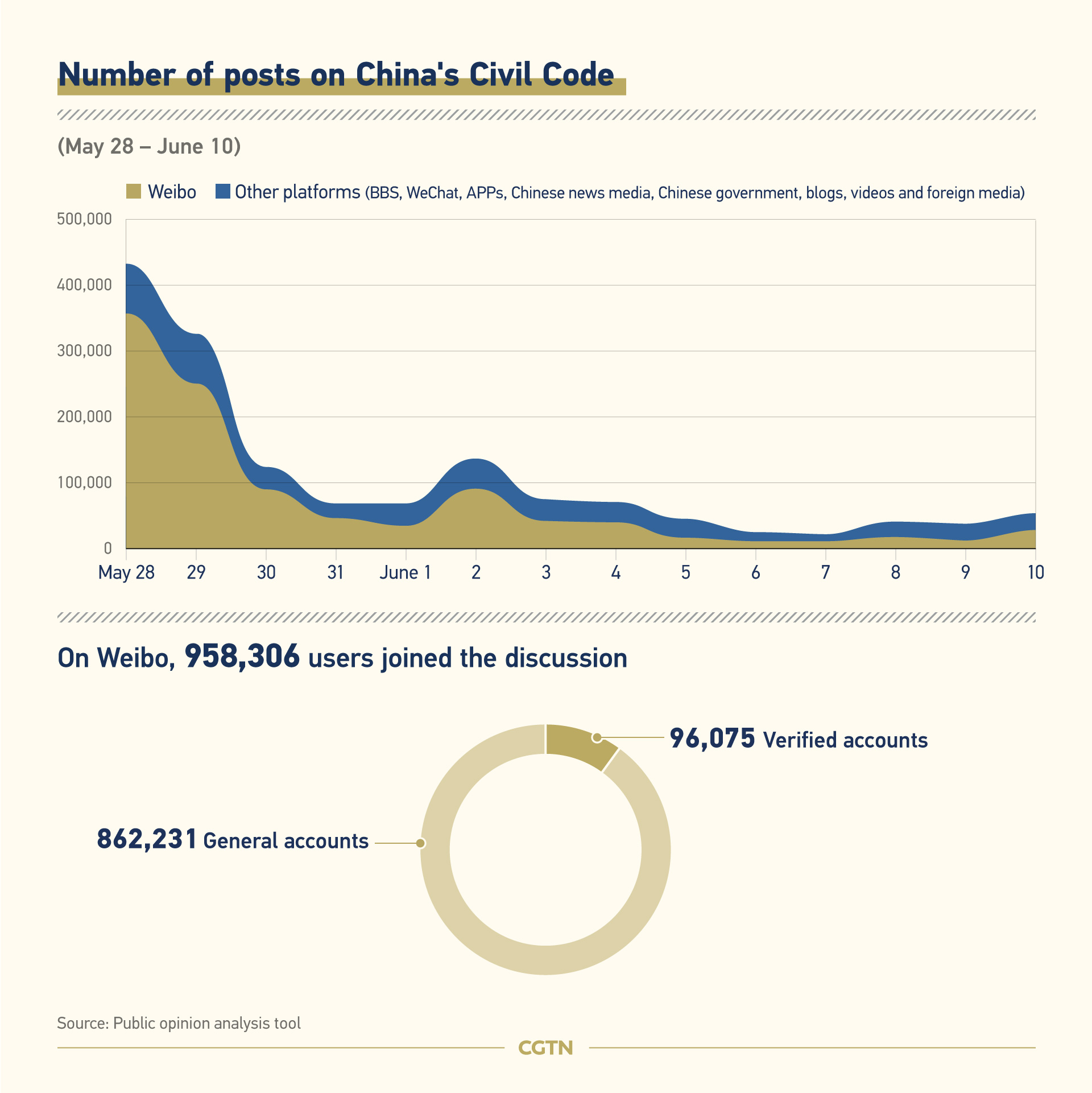 The online discussion reached high points on May 28, the day the code was adopted, and June 2, one day after the full text was revealed.

Among all platforms, Sina Weibo, a Chinese Twitter-like service, has been the biggest opinion field, taking up more than half of the online discussion about the Civil Code. The majority of participants are ordinary netizens.

The Civil Code has a total of seven parts – General Provisions, Property Rights, Contracts, Personality Rights, Marriage and Family, Right of Inheritance and Tort Liability – with a total of 1,260 Articles.

When we look at the key words and phrases involved in the discussion, "Divorce" is a most heated topic on all platforms, and especially on Weibo. 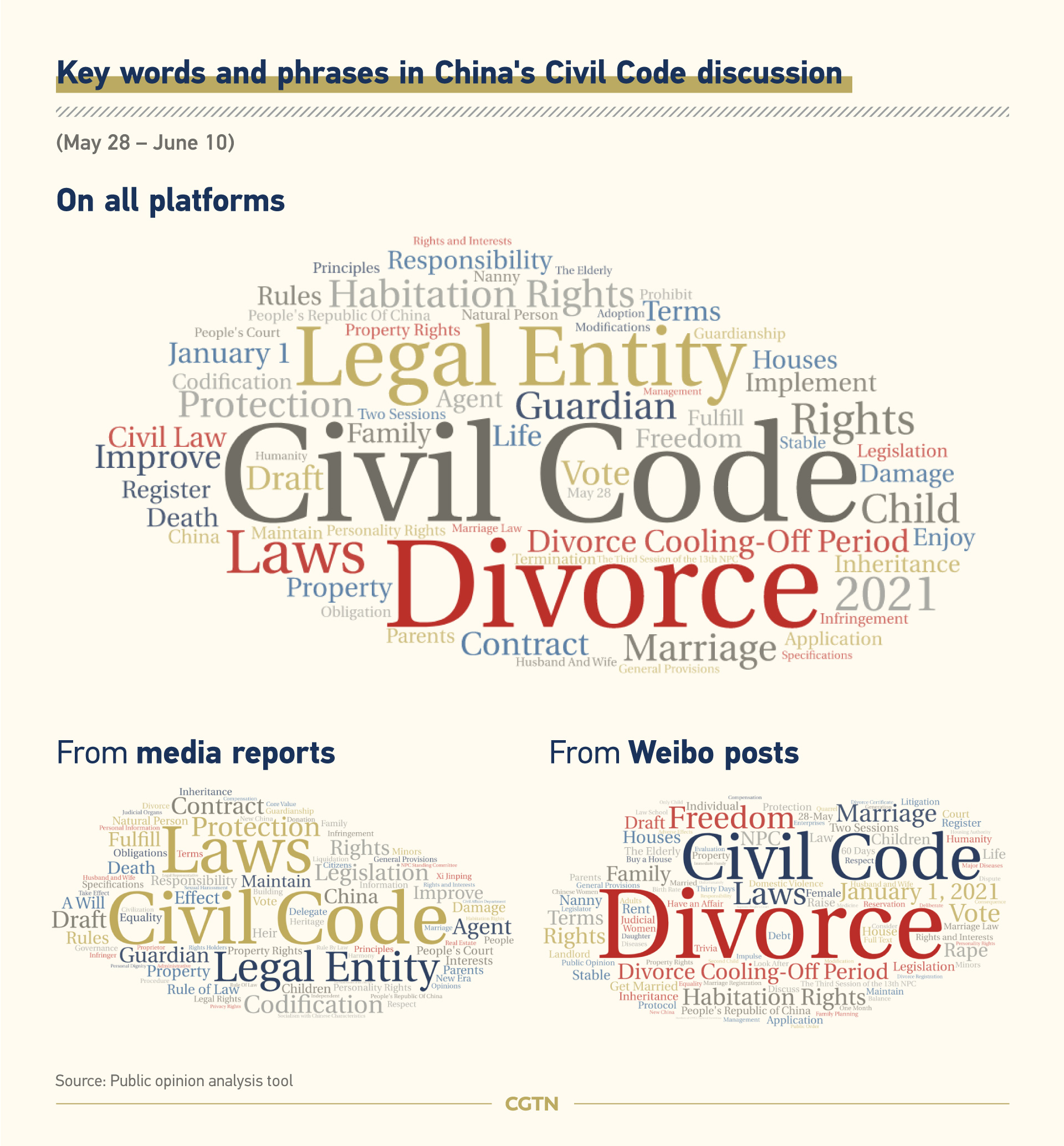 The lively debate also centered on the "right of habitation," which was introduced in law for the first time in China. According to the code, the rights of property occupation and ownership are separated to protect the rights of renters, especially the elderly and vulnerable people. 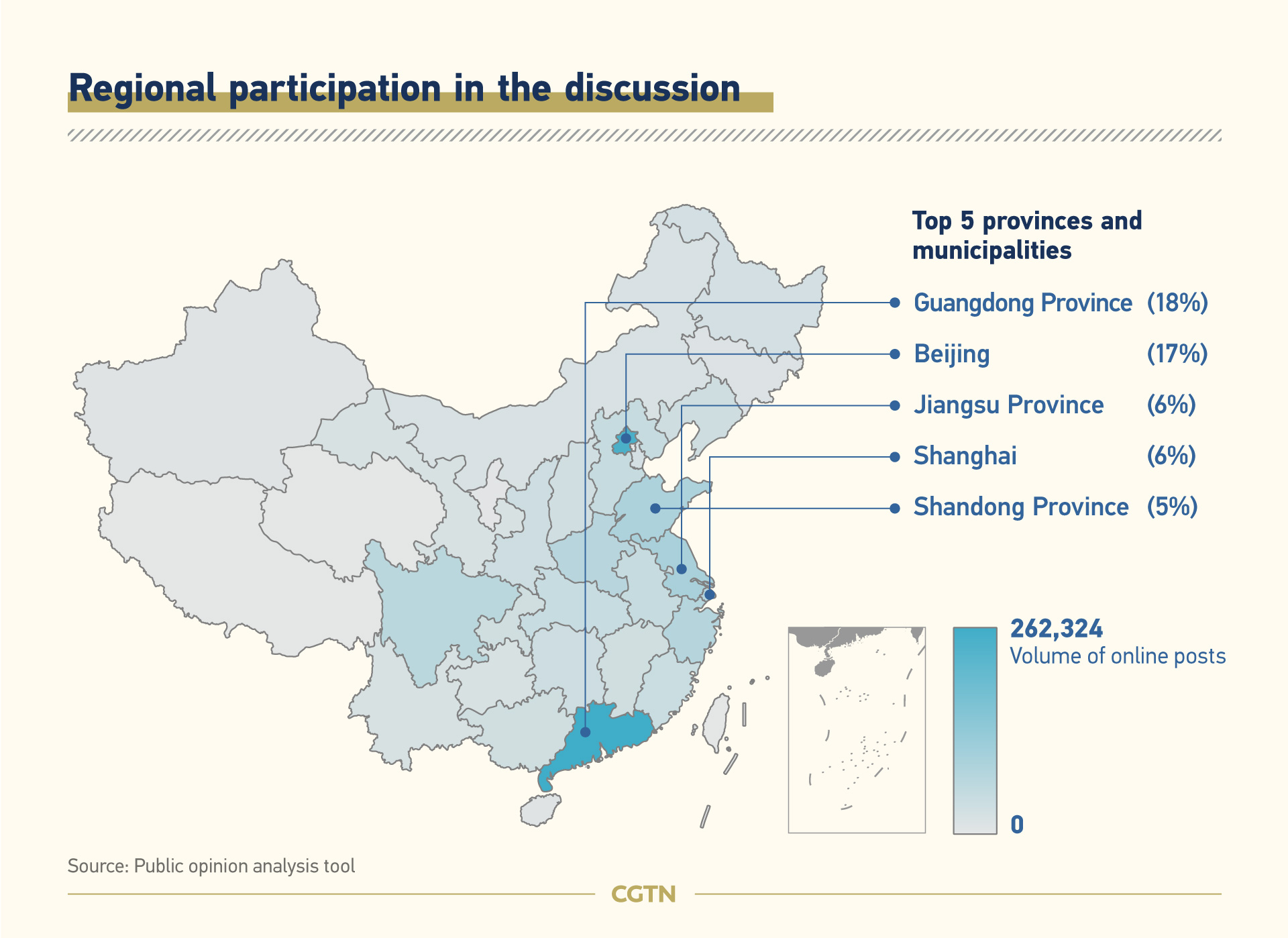 As shown on the map, the largest volume of online posts about the code have come from Guangdong Province and Beijing. 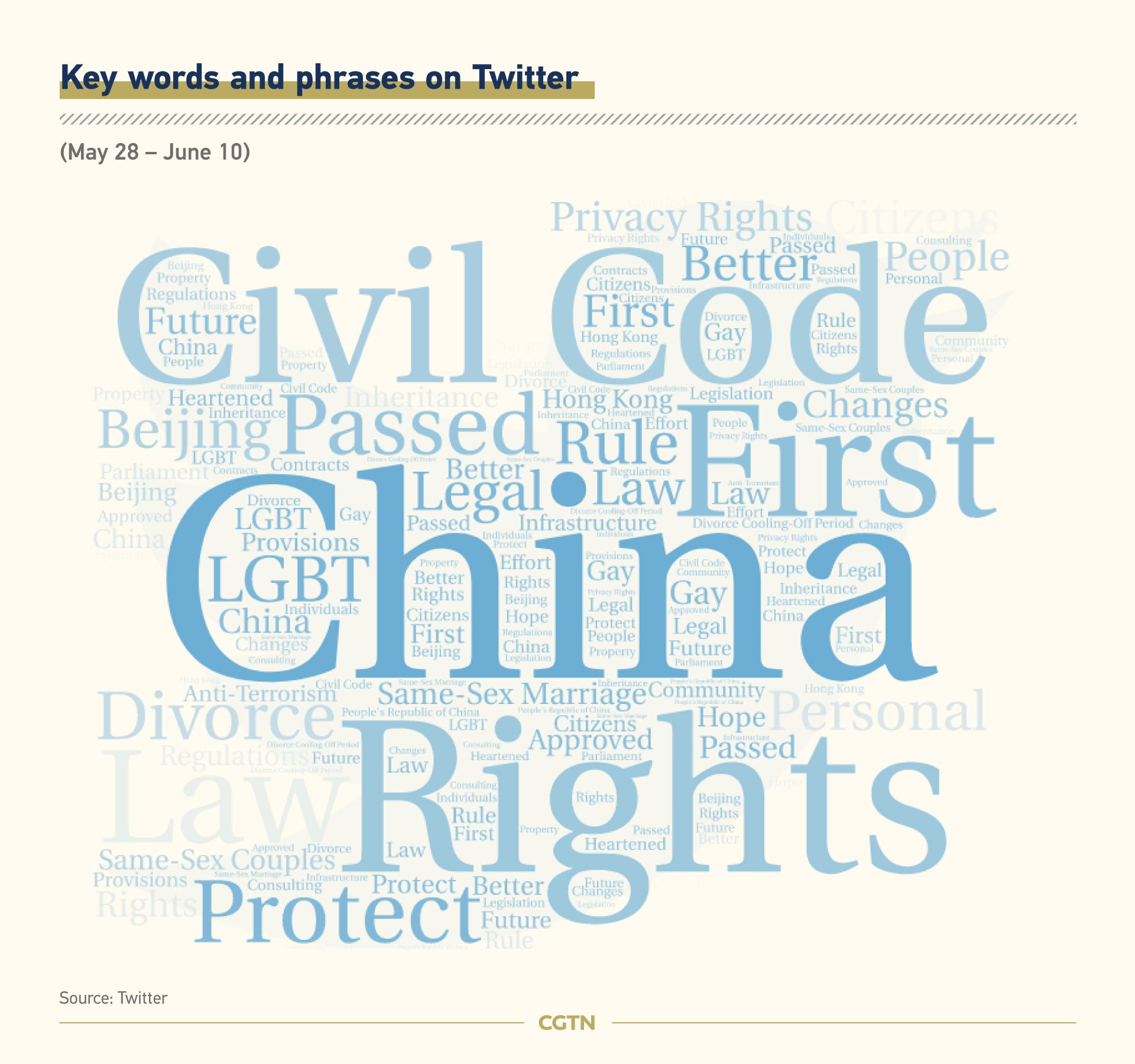 The Civil Code has an entire chapter dedicated to protecting personality rights. It covers stipulations on a civil subject's rights to his or her life, body, health, name, portrait, reputation and privacy, among others. In the code, the concept of privacy is more clearly defined. The scope of protected personal information has been expanded to include email addresses and location data.