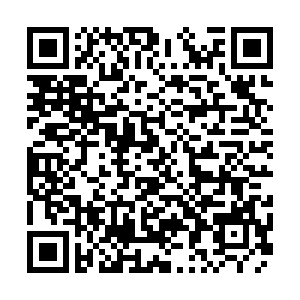 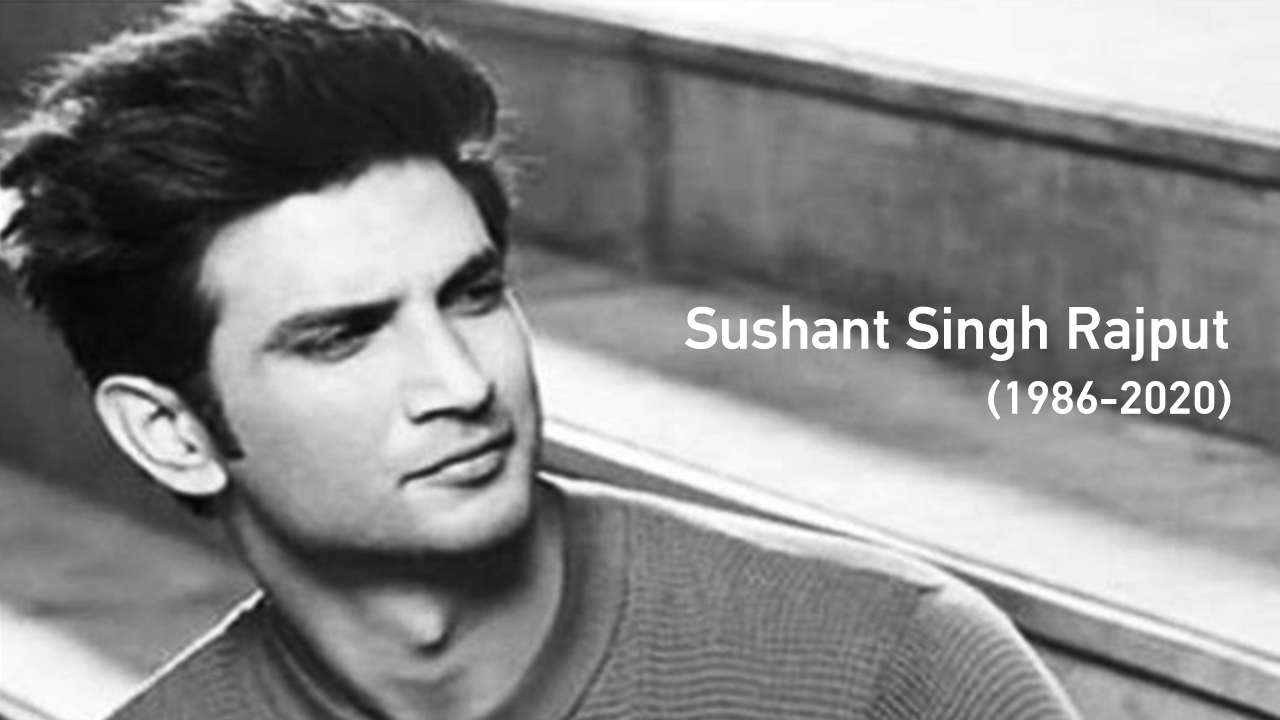 His last Bollywood blockbuster delivered a message of hope to those who struggle with suicidal thoughts. "Losing against yourself is never an option," he said.

Who knew this star in a galaxy of glitz and glamor was fighting a battle of his own?

Sushant Singh Rajput, a 34-year-old actor, was discovered dead in his Mumbai apartment on Sunday, found hanging by a friend and two domestic workers. Zonal Deputy Commissioner of Mumbai Police Abhishek Trimukhe said: "It is an apparent suicide; investigations are in progress." 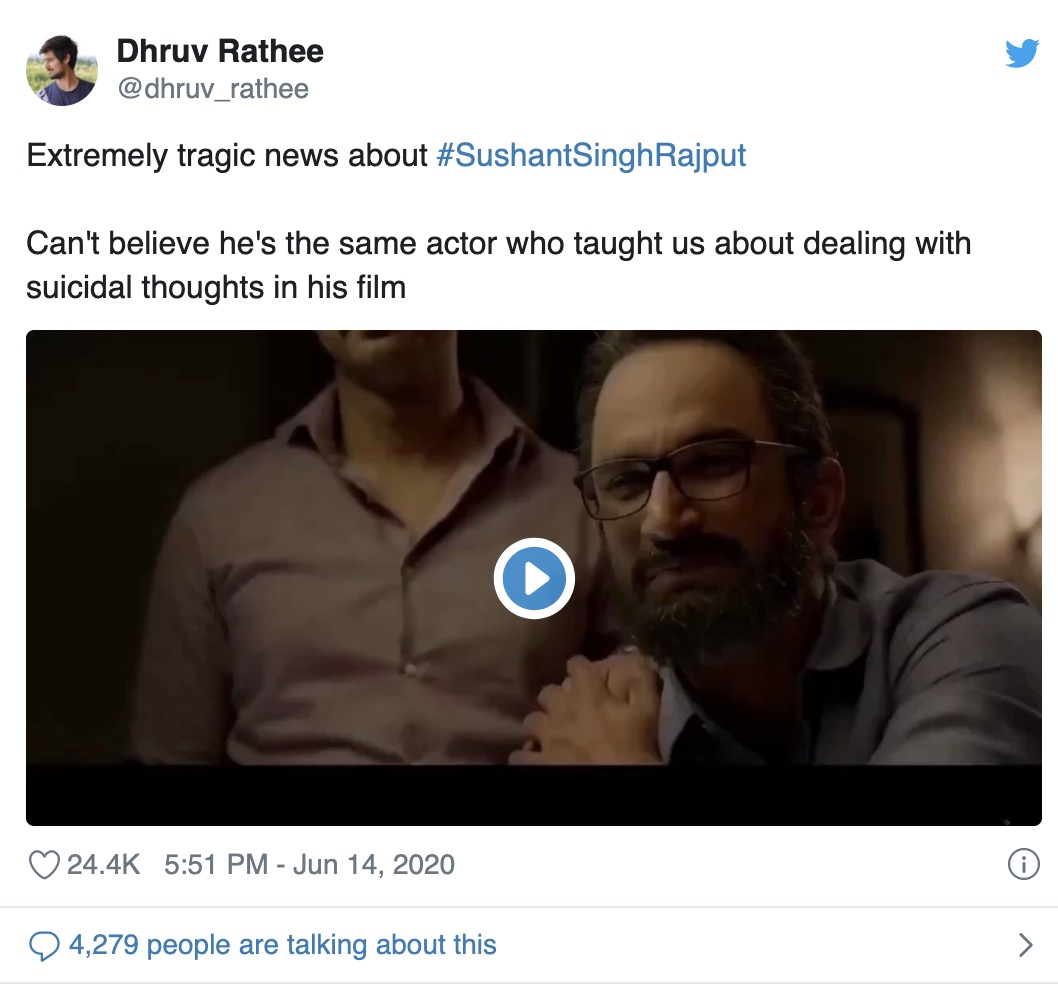 As the rich and famous from all walks of life tweeted their shock and grief, many blamed the hollowness of the film industry for not reaching out to the young actor when he needed help. According to reports, Singh had been receiving treatment for depression since January. 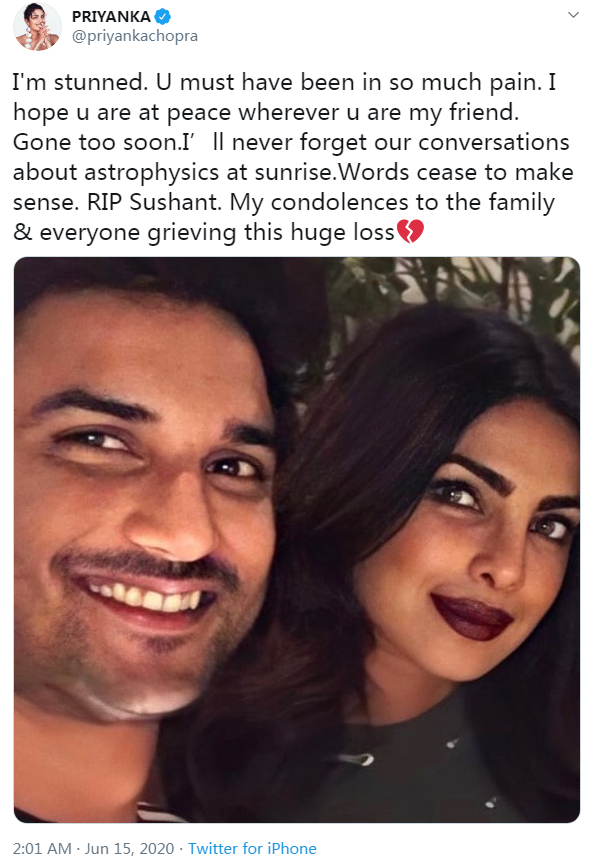 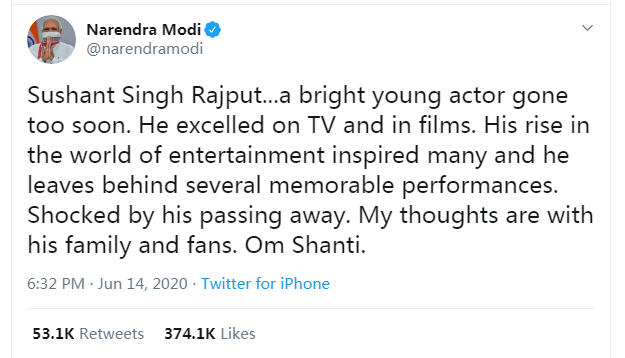 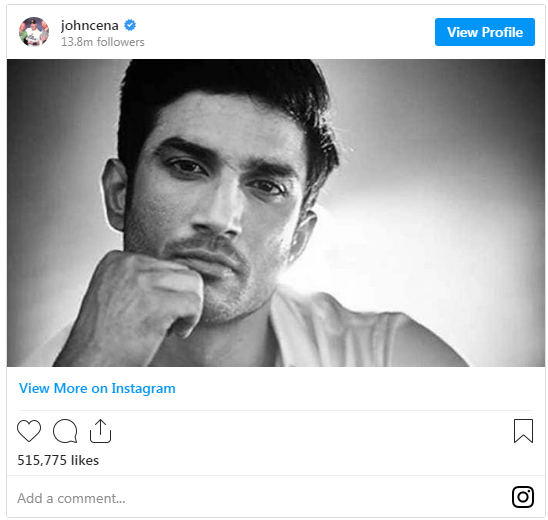 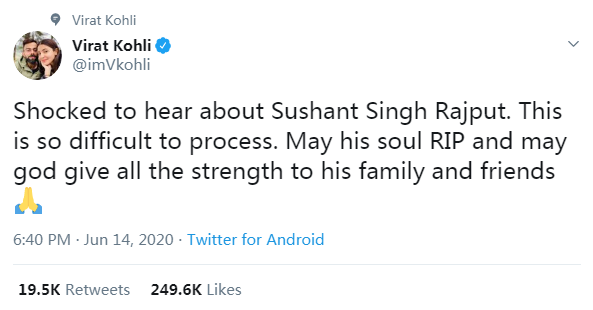 Celebrity hairstylist Sapna Bhavani, who was close to the actor, wrote on Twitter: "It's no secret Sushant was going through very tough times for the last few years. No one in the industry stood up for him nor did they lend helping hand. To tweet today is the biggest display of how shallow the industry really is. No one here is your friend. RIP." 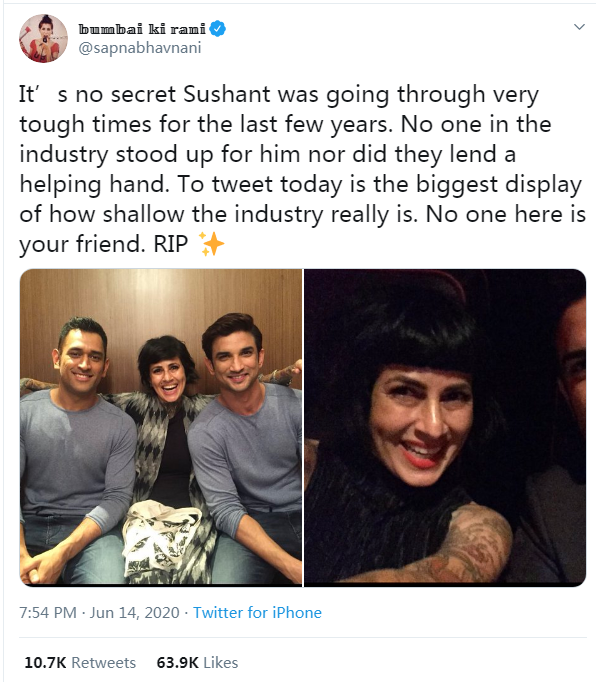 In his final Instagram post, dated June 3, Singh shared a black and white collage of himself and his mother, who passed away in 2002, alongside the words: "Blurred past evaporating from teardrops. Unending dreams carving an arc of smile. And a fleeting life, negotiating between the two...." An astrophysics enthusiast who carried a giant telescope to work, Singh wanted to be an astronaut. He even took up engineering at the prestigious Delhi College of Engineering and gave up a scholarship at Stanford University to become a Bollywood star. 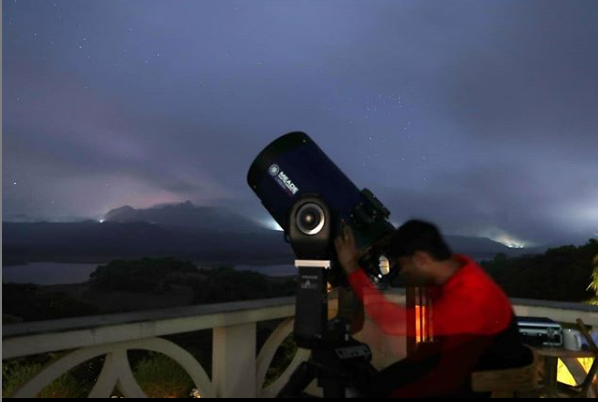 Inspired by Bollywood superstar Shah Rukh Khan, the wide-eyed boy from one of India's poorest states, Bihar, dropped out of college and landed in the city of dreams – Mumbai – where he shared a one-room flat with six others. 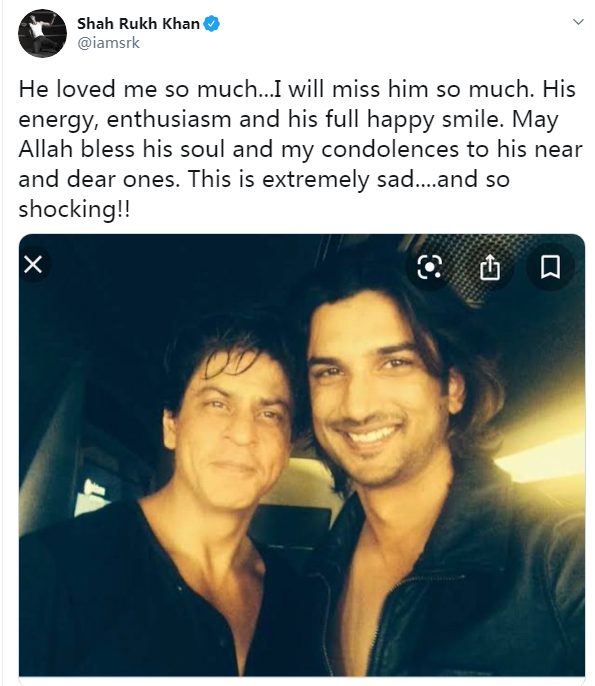 With zero connections in the industry, Singh started small in 2008 with a television soap opera. His typical Indian hero looks made him an overnight heartthrob. There was no looking back. In 2013, he made his Bollywood debut with "Kai Po Che," for which he received several award nominations. The film was also screened at the Berlin Film Festival.

But his most memorable performance was playing the legendary Indian cricketer MS Dhoni in 2016. His other critically acclaimed films include Detective Byomkesh Bakshy (2015), Kedarnath (2018) and Chhichhorre (2019). He recently completed work on the official Bollywood remake of "The Fault in Our Stars," whose release has been delayed due to the coronavirus pandemic. 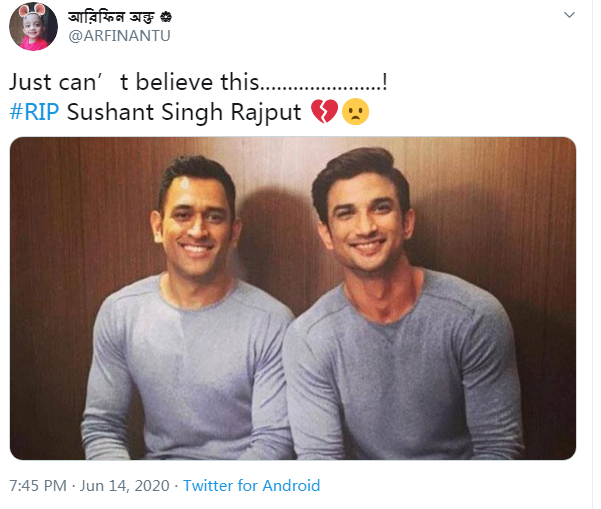 But the gossip mill had been running hot for some time. On May 30, a source-based article by popular Bollywood entertainment portal Pinkvilla claimed that the actor's "terrible behavior and mood swings had costed him a few projects; he also had to let go off his entire team, who he had a major showdown with." "None of the producers are willing to sign him on for their next – either because of his temper tantrums or his condition of casting his recent ladylove," it added. But these rumors were never verified.

Just last week, his former manager Disha Salian ended her life by jumping from her 14th floor apartment in Mumbai.

It is a rags-to-riches story that ended in a tragedy, and the speculation hasn't ended with Singh's death. A 24x7 media circus is underway to judge him and his fight.

"Everybody is in a hurry to decode you in a certain way, and then they expect you to adhere to their definition," he once said. "How can they possibly do that when you yourself are finding it hard to discover yourself?"