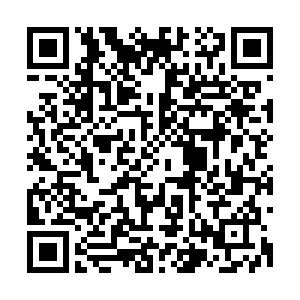 In a televised address to the nation on Sunday, French President Emmanuel Macron declared "a first victory" over the coronavirus epidemic, announcing a return to normalcy from Monday across French regions, except for overseas territories.

"From tomorrow, we will be able to turn the page on the first act of the crisis we have just gone through," Macron said. "The new stage which opens from tomorrow will accelerate the recovery."

"So, we will be able to find again the pleasure of being together, to fully resume work, but also to have fun, to cultivate ourselves. We will rediscover our art of living, our pleasure of freedom," he added. 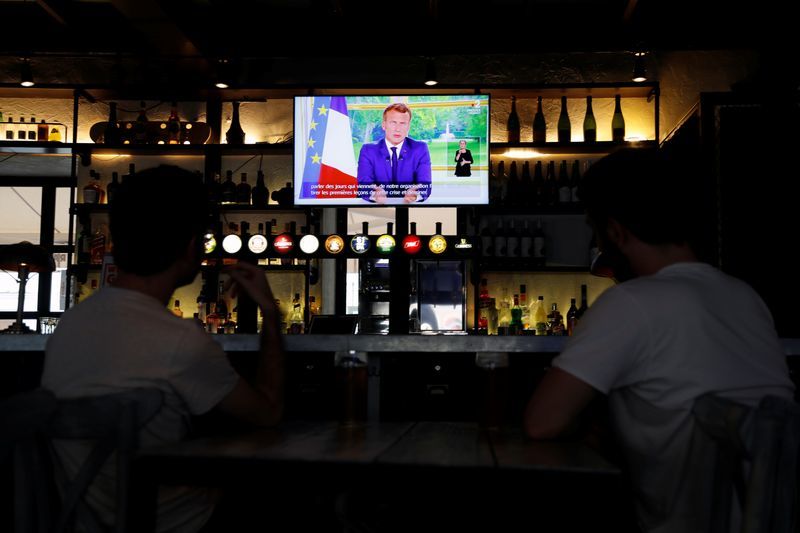 French President Emmanuel Macron is seen on a television screen in a pub while he addresses the nation, as the country eases lockdown measures taken to curb the spread of the coronavirus disease (COVID-19), in Nice, France, June 14, 2020. /Reuters

French President Emmanuel Macron is seen on a television screen in a pub while he addresses the nation, as the country eases lockdown measures taken to curb the spread of the coronavirus disease (COVID-19), in Nice, France, June 14, 2020. /Reuters

The remaining restrictions will be lifted in the Ile-de-France region, which has so far lagged behind the rest of the country's easing program. Bars, cafes and restaurants will be allowed to receive clients.

All nurseries, schools and colleges will reopen from June 22 when all students have to attend courses, the president announced.

From Monday, European travelers will be able to enter French territory without restriction, while those from countries outside the Schengen area will have to wait until July 1.

Visits to nursing homes will be permitted and the second round of the municipal elections will take place on June 28. Meanwhile, large gatherings will remain "tightly controlled" despite improved epidemic indicators.

"We will have to live with (the virus) for a long time yet, respect the rules of physical distance ... and follow the evolution of the epidemic to be prepared if it strongly resurges," the president warned.

"The fight against the epidemic is therefore not over, but I am happy for this first victory against the virus," he said.

As of Saturday, France registered 24 new deaths from COVID-19, bringing the country's toll to 29,398, according to figures released by the National Public Health Agency.

The latest single-day deaths were fewer than the 28 fatalities recorded a day before. Saturday also saw 526 new cases of infection, down from Friday's 726, taking the tally to 156,813.

Hospital admissions continued to decline for the second month in a row. Some 10,909 people remain hospitalized for coronavirus infection, compared with 11,124 recorded on Friday. Patients who needed to be put on ventilators dropped by 8 to 871. 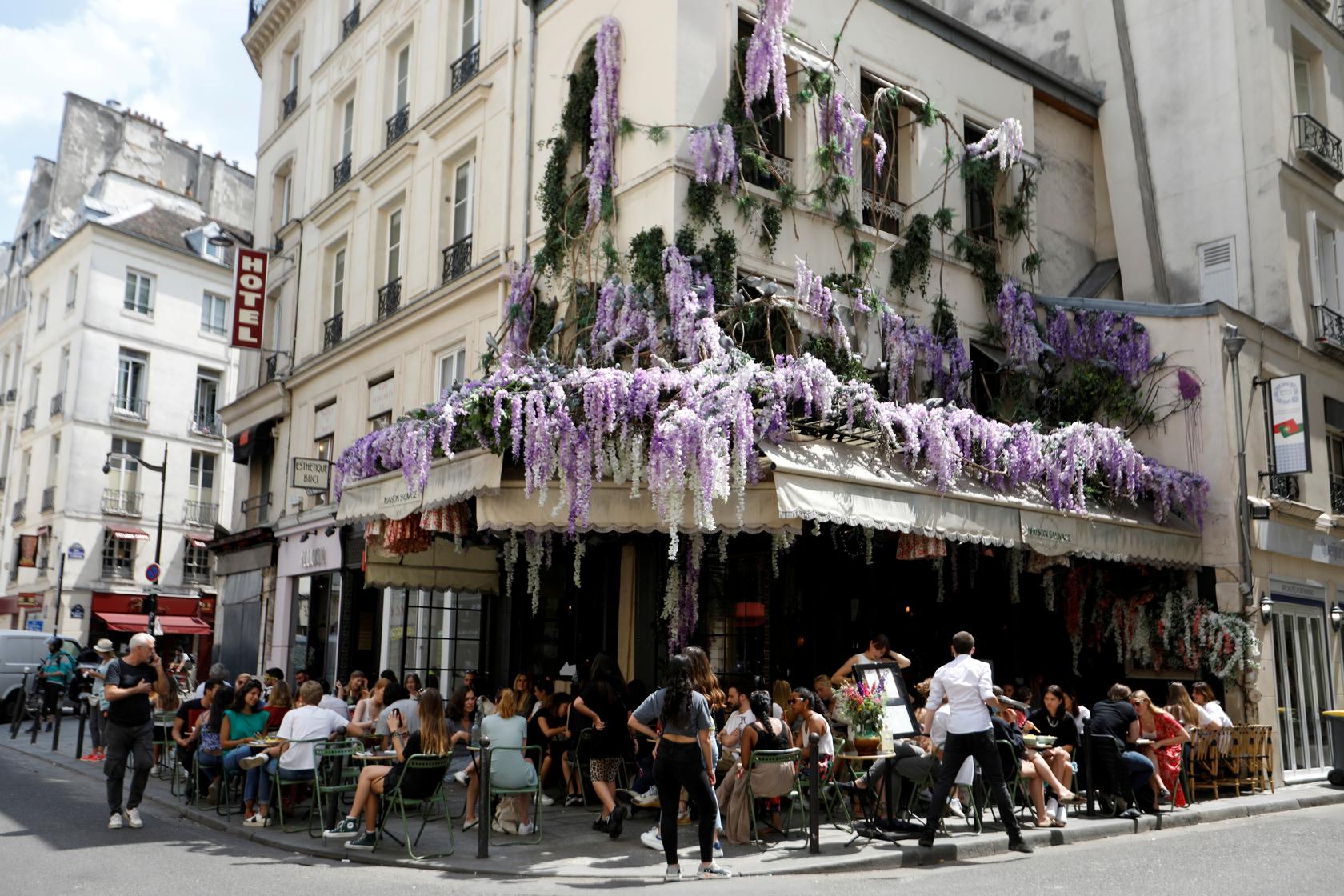 Customers enjoy the terrace of the restaurant Maison Sauvage in Paris after restaurants and cafes reopened following the outbreak of the coronavirus disease (COVID-19) in France, June 3, 2020. /Reuters

Customers enjoy the terrace of the restaurant Maison Sauvage in Paris after restaurants and cafes reopened following the outbreak of the coronavirus disease (COVID-19) in France, June 3, 2020. /Reuters

In his fourth prime-time address since the coronavirus outbreak in early March, Macron acknowledged that the unprecedented health crisis has revealed France's "flaws and weaknesses," such as dependence on other continents for certain products, cumbersome organization, social and regional inequalities.

"Our strengths, we will reinforce them, our weaknesses, we will correct them quickly and strongly," he pledged. "I want us to learn all the lessons from what we have experienced."

"The moment we are going through ... forces us to open a new stage in order to regain full control of our lives, our destiny, in France and in Europe," he said.

Laying out the economic and social agenda for the next two years, Macron stressed that the "first priority is to rebuild a strong, ecological, sovereign and united economy."

With the aim, he vowed to bolster research and improve the attractiveness of the country's technological, industrial and agricultural sectors, with a major focus on green activities to create jobs for the future.

Furthermore, the head of state pledged "a massive investment in education, training, and jobs for youth," and more "stimulus that will better protect seniors and the poorest."

Macron said he will address the nation again in July to "launch the first actions" of the "new path" for the final two years of his mandate. 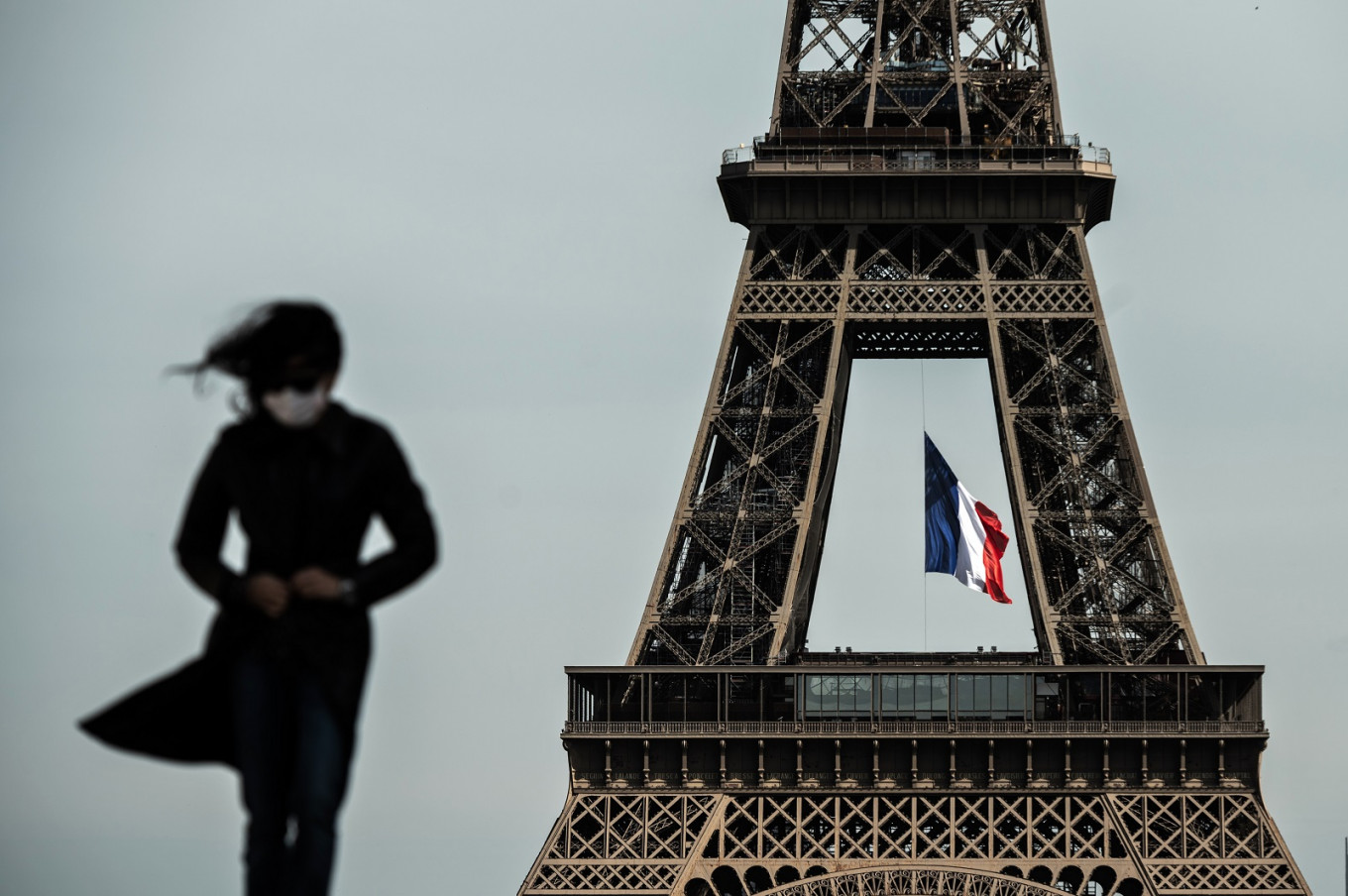 A woman wearing a face mask walks as a French national flag flies on the Eiffel Tower, Paris, France, May 11, 2020. /AFP

A woman wearing a face mask walks as a French national flag flies on the Eiffel Tower, Paris, France, May 11, 2020. /AFP

Macron on Sunday also noted fighting racism should not lead to a "hateful" rewriting of history following worldwide protests over the killing of George Floyd, a black man, by a police officer in the United States.

Some protesters in the United States and elsewhere have targeted statues of historic figures associated with slavery or other past human rights abuses.

"I will be very clear tonight, compatriots: the Republic won't erase any name from its history. It will forget none of its artworks, it won't take down statues," he said in a televised address to the nation.