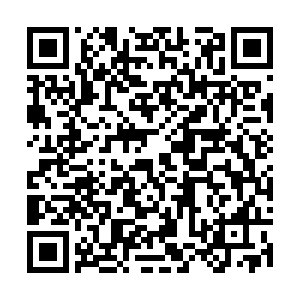 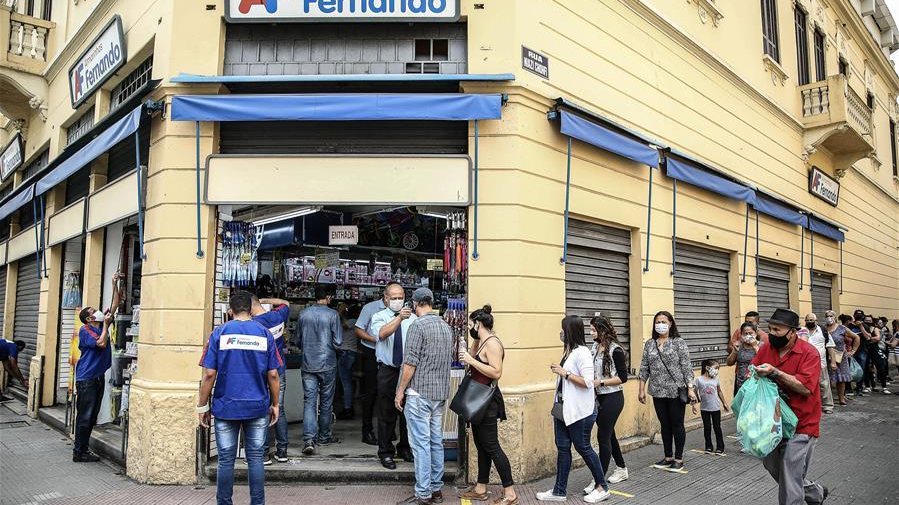 A staff checks a customer's temperature at the entrance of a store amid the COVID-19 outbreak in Sao Paulo, Brazil, June 10, 2020. /Xinhua

A staff checks a customer's temperature at the entrance of a store amid the COVID-19 outbreak in Sao Paulo, Brazil, June 10, 2020. /Xinhua

The number of new COVID-19 cases in Brazil has reached nearly 30,000 each day since June, government officials announced. This recent surge appears to be just the beginning for Brazil's dismal coronavirus outlook.

The way events have unfolded since February can't help but suggest complacency at the hands of the government. As the pandemic spreads around the world, Brazilian President Jair Bolsonaro dismissed the virus as a "fantasy" driven by "a little flu."

According to statistics from the ministry of health, the first case of COVID-19 was officially identified on February 26, a day after the annual carnival holiday.

However, evidence now places COVID-19 cases as much as two weeks ahead of the start of carnival, one of the largest national festivities in the world during which time Brazil celebrates with social gatherings across the nation.

This suggests that the Brazilian authorities were aware of the pandemic risk and yet still allowed carnival celebrations.

It took another four weeks to exceed 100,000 cases. Since then the number has rapidly accelerated. By the end of this week, Brazil will likely have over 1 million cases and 50,000 deaths, pushing Brazil further into the depths of becoming the global center of the pandemic.

Clearly, this devastating picture was not inevitable. Ultimately, government inertia was decisive.

The extremely high numbers of COVID-19 cases in Brazil can largely be attributed to the following reasons:

Firstly, the lack of a coordinated government response.

Even local government attempts to implement localized quarantine measures were undermined by vociferous criticism from the president himself, who announced that everyone should return to work.

A second key failing was the lack of a coherent "scientific response." The failure to evaluate the full impact of the pandemic on the public health system meant medical services were wholly unprepared.

Even within the government, disagreement with the health ministers on isolation measures has led to Bolsonaro firing his first minister and his second one asked to leave less than a month in the position.

Brazil's public health system, the Unified Brazilian Health System (or the Sistema Único de Saúde, SUS), has been struggling over recent years due to a lack of government funding.

In recent months, the paucity of investment has come to a head, culminating in widespread failure to keep up with the avalanche of new cases. Severe shortages of intensive care beds and ventilatory support equipment are just the beginning. At worst, the entire service could collapse under the pressure with citizens turned away from any medical help.

Thirdly, the lack of reliable statistics.

The Brazilian leadership is making "blind" decisions due to the lack of reliable data on COVID-19 infection rates. According to a survey from the State University of Rio de Janeiro (UERJ) and University of São Paulo (USP), COVID-19 cases could be underreported by up to 16 times, placing the current number of cases at 2.7 million.

The testing of COVID-19 has also been woefully inadequate. Only 3 percent of the 24 million tests promised by the government at the onset of the disease have been carried out.

In addition, test results compiled by public and private health networks have not been integrated into the Ministry of Health's daily bulletin release, meaning the government itself is uninformed as to the progress of mitigation efforts.

Fourthly, cracks in the public health system exposed by COVID-19.

Few medical professionals choose to stay and work in the underfunded public health systems, instead opting for better-paid private clinics.

A customer has her temperature checked before she enters a store amid the COVID-19 outbreak in Sao Paulo, Brazil, on June 10, 2020. /Xinhua

A customer has her temperature checked before she enters a store amid the COVID-19 outbreak in Sao Paulo, Brazil, on June 10, 2020. /Xinhua

Moreover, huge regional disparities in the distribution of medical professionals mean that areas, often those that are rural, are neglected. The coronavirus outbreak has overloaded healthcare professionals at all levels of care, preventing the necessary access to ventilators and medical attention.

The Brazilian press has reported that over 32,000 medical professionals have been infected and 114,000 are under investigation for COVID-19 which, according to the council, represents almost 20 percent of total cases.

Disparities in access to start-of-the-art medical devices are the result of an underfunded public healthcare system. Twenty percent of Brazilians who can afford it choose private clinics.

Shortened training times for using these devices also expose the public health system to greater risks. Ultimately, these discrepancies between public and private services reveal deep-rooted inequalities in the country's health system, only exacerbated by the virus, putting societies most vulnerable at the highest risk.

How does Brazil move forward from here?

The societal and economic repercussions of the Brazilian president's gross incompetencies in responding to the virus outbreak will be felt for decades. Existing cracks in the public health system have exposed the population to inevitable suffering.

By the OECD (Organization for Economic Cooperation and Development) numbers, the Brazilian economy is expected to decline by 7.4 percent this year and unemployment will rise to over 15 percent.

Equally concerning for the government is the real possibility of anti-government protests and streets descending into chaos. To ensure Brazil can overcome the virus as quickly as possible, actions that divide and blame must come to an end.

We are now united in battle against a single invisible enemy. Clearly, this is not a situation to be taken lightly, for how political leadership conducts itself and responds is a matter of life and death for Brazilian people.