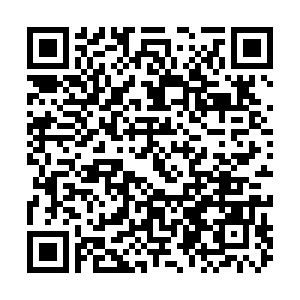 As U.S. President Donald Trump turns 74 on Sunday (June 14), an incident a day earlier in which he appeared unsteady on his feet has revived questions about his health as he heads into a grueling re-election campaign.

Scrutiny of a president's health is always intense, and Trump has generally appeared vigorous for his age. Results of a routine physical released early this month showed he was overweight – 110kg – but with otherwise normal test results.

But his appearance on Saturday at the U.S. military academy in West Point, New York raised new questions about apparent signs of unsteadiness, balance problems and trouble enunciating certain words.

Since Trump has regularly mocked the health and acuity of his presumptive election opponent, Democrat Joe Biden – who is three years his senior – the question of physical fitness could weigh heavily in the campaign ahead.

After a widely circulated video on Saturday showed Trump walking tentatively and unsteadily down a long ramp after delivering a commencement speech at West Point, he took to Twitter to issue an explanation.

"The ramp that I descended after my West Point Commencement speech was very long & steep, had no handrail and, most importantly, was very slippery," Trump said.

"The last thing I was going to do is 'fall' for the Fake News to have fun with. Final ten feet I ran down to level ground. Momentum!"

Reporters at the scene said the weather was dry and the ramp not particularly steep. 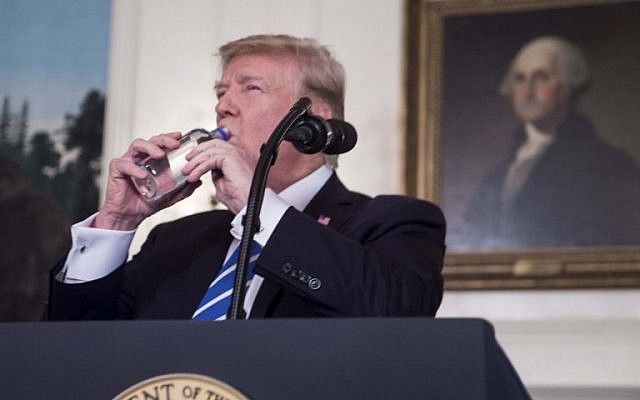 U.S. President Donald Trump drinks water from a bottle as he delivers remarks in the Diplomatic Room at the White House, Washington, DC, U.S., November 15, 2017. /AFP

U.S. President Donald Trump drinks water from a bottle as he delivers remarks in the Diplomatic Room at the White House, Washington, DC, U.S., November 15, 2017. /AFP

But Trump also appeared to have trouble on Saturday lifting a glass of water to his lips – beginning the gesture with his right hand but then raising his left hand apparently to help.

And, not for the first time, he seemed to mispronounce a number of names of well-known Americans, including those of army generals Ulysses S. Grant and Douglas MacArthur.

His West Point performance was not the first time Trump's health has been questioned, particularly by his avowed political critics, whose speculation has run the gamut from early dementia to a minor stroke.

Late last month, Trump seemed to have trouble standing still during a solemn wreath-laying ceremony at Arlington National Cemetery, near Washington, though some commentators said he might simply have been weary.

That appearance also came at a time when Trump said he had been taking a course of hydroxychloroquine, a drug he believed could help fend off the coronavirus, despite a lack of medical evidence. Side effects of the drug include dizziness and nausea. 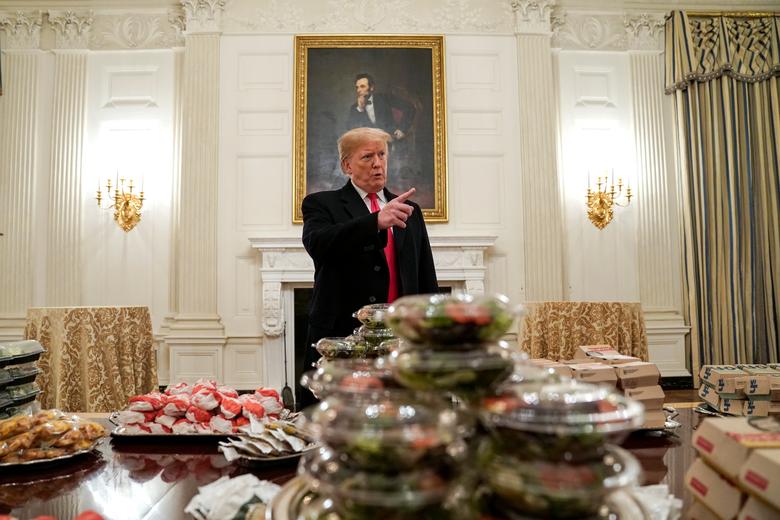 Speculation had been furled last November, when Trump made an unscheduled and secretive visit to the Walter Reed National Military Medical Centre in Bethesda, Maryland.

The White House called the visit an "interim checkup" – though it was unusual, coming just nine months after his previous exam – and rejected speculation about any "urgent or acute issues."

A spokeswoman insisted that Trump had more energy "than anyone in the White House."

Should Trump show signs of physical weakness, it could undercut his frequent attacks on Biden, his presumptive opponent in November.

During his 2016 campaign, Trump had attacked then-opponent Hillary Clinton after she fell ill at a campaign event, saying she was not physically up to the task of being president.

During that campaign, Trump's longtime doctor, Harold Bornstein, wrote in a letter that his patient's health was "astonishingly excellent" and that his strength and stamina were "extraordinary".

But in 2018, Dr Bornstein told CNN that Trump himself "dictated that whole letter. I didn't write that letter."