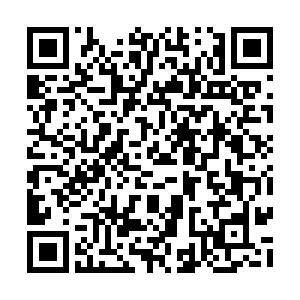 President Donald Trump listens during a roundtable about America's seniors in the Cabinet Room of the White House, Washington, U.S., June 15, 2020. /AP

President Donald Trump listens during a roundtable about America's seniors in the Cabinet Room of the White House, Washington, U.S., June 15, 2020. /AP

U.S. President Donald Trump said Monday he will halve the number of U.S. troops in Germany because Berlin is "delinquent" in contributions to North Atlantic Treaty Organization (NATO) and treats the United States "badly" on trade.

"Germany's delinquent, they've been delinquent for years and they owe NATO billions of dollars, and they have to pay it. So we're protecting Germany and they're delinquent. That doesn't make sense," he said.

"It's a tremendous cost to the United States," he said. "So we're removing a number down to, we're putting the number down to 25,000 soldiers."

Germany, he said, is not meeting its commitment to spend two percent of its Gross Domestic Product (GDP) on defense as required by the NATO alliance. Member nations had pledged to reach the two percent threshold by 2024. Germany has said it hopes to reach the target by 2031.

U.S. troops have been stationed in the geopolitically vital country since the end of World War II, forming the bulk of NATO's conventional defense against the Soviet Union during the Cold War.

The resurgence of Russia's military ambitions under President Vladimir Putin has given the U.S. presence new importance in the last two decades, with central and eastern European states leading the way in pressuring for stronger U.S. defenses.

He complained that Germany was profiting from the presence of U.S. troops.

"Those are well-paid soldiers. They live in Germany, they spend vast amounts of money in Germany. Everywhere around those bases is very prosperous for Germany. So Germany takes."

In addition to the 34,500 U.S. troops in Germany, there also are approximately 17,500 Defense Department civilians. The number is far fewer than during the Cold War, when Germany was the central focus of American and NATO efforts to deter invasion by the former Soviet Union. In recent decades, Germany has hosted key American military facilities and provided a transit point for troops deploying to and from the Middle East, including during years of conflict in Iraq.

Trump has repeatedly accused European NATO members of freeloading by falling short of their commitment to spend at least two percent of GDP on defense and overly relying on the alliance's historic leader – the United States.

Senior German politicians expressed concern last week about reports the U.S. was planning to cap troop numbers at around 25,000, which appeared to catch Berlin by surprise.

The plan raised fresh questions about Trump's commitment to longstanding cooperation agreements with European allies and the Western military alliance itself.

Trump has had testy relations with German Chancellor Angela Merkel in the past. A new strain emerged over the last few weeks when she said no to an invitation for a G7 summit in Washington, citing the lingering coronavirus pandemic, which has sharply restricted international travel.

Trump, who is behind in the polls ahead of November presidential elections, had hoped the summit would showcase the U.S. leadership. Momentum for the hastily organized G7 petered out after Merkel's refusal and Trump reacted by announcing he would hold a summit later this year, possibly in September.

In a surprise move, the Republican president said he would invite Putin to join in, along with several other non-G7 world leaders, calling the group of seven wealthy, Western allies "outdated."