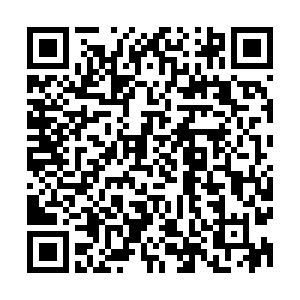 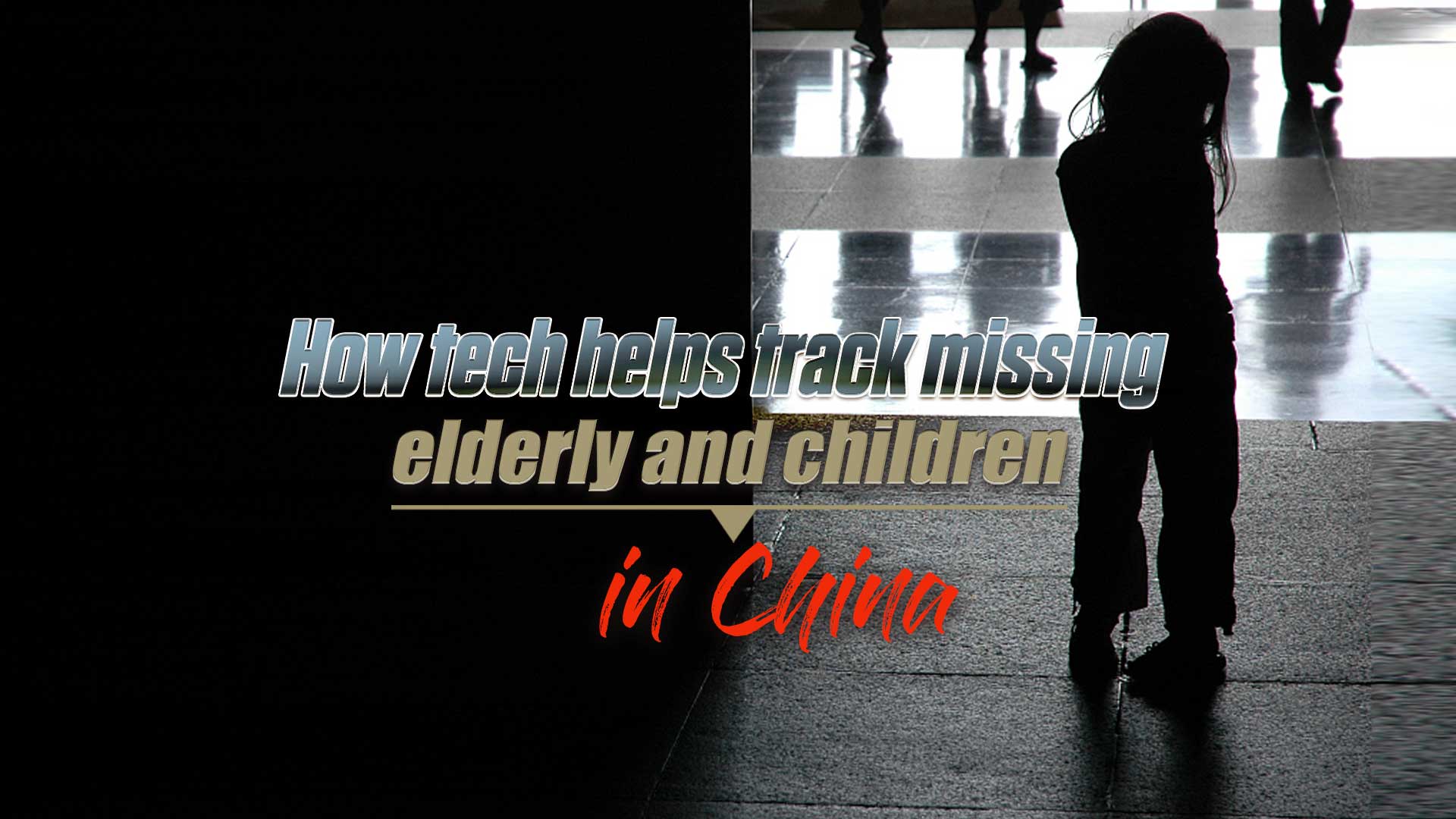 Last year, on a hot sultry day in August, Wang Sufang, 78, decided to take a stroll to escape the boredom at home. After leisurely pacing down a few blocks, she decided to head back. But suddenly, she couldn't recall her address.

It was late at night when Wang's granddaughter Ma Yue noticed she had not returned, prompting her to launch a frantic search. Close relatives were rushed in every direction at Dachaishi locality in Xi'an City, northwestern Shaanxi Province, showing Wang's photo to every passerby and vendor on the street.

"She frequently forgets her name and loses the sense of time too," said Ma. This is a common symptom of Alzheimer's disease. Chances of finding Wang – an Alzheimer's patient – were fading as night-long search failed.

With the world population aging at a fast rate and mental health problems rising, the number of older people missing is continually increasing. In 2019, there were 703 million persons aged 65 years or over in the global population. The United Nations (UN) estimates the number will double to 1.5 billion in 2050.

Among the two types of people that repeatedly go missing are children and elderly adults, often with mental disorders, but a comprehensive national and global data on them remains elusive. In the European Union, one child goes missing every two minutes. The number might be much higher in low-income countries.

"There are limited studies and data on missing persons, and a lot needs to be done," Dr. Karen Shalev Greene, director of the Centre for the Study of Missing Persons at the University of Portsmouth, told CGTN.

"But in most cases, adults go missing mainly due to mental health and cognitive disability. In the case of children, often it's neglect, abuse, or trafficking by people they know," Greene added.

Worldwide, around 50 million people have dementia and nearly 10 million new cases are added every year. According to the UN, Alzheimer's, the most common form of dementia, contributes to 60–70 percent of cases.

China, with more than 166 million people above 65, has the world's largest population of older adults, making it a challenging task for the country to deal with a large number of missing people.

A report prepared by the Zhongmin Social Assistance Institute under the Ministry of Civil Affairs in 2016 estimated that more than 1,300 older adults go missing in China every day, nearly 500,000 every year. 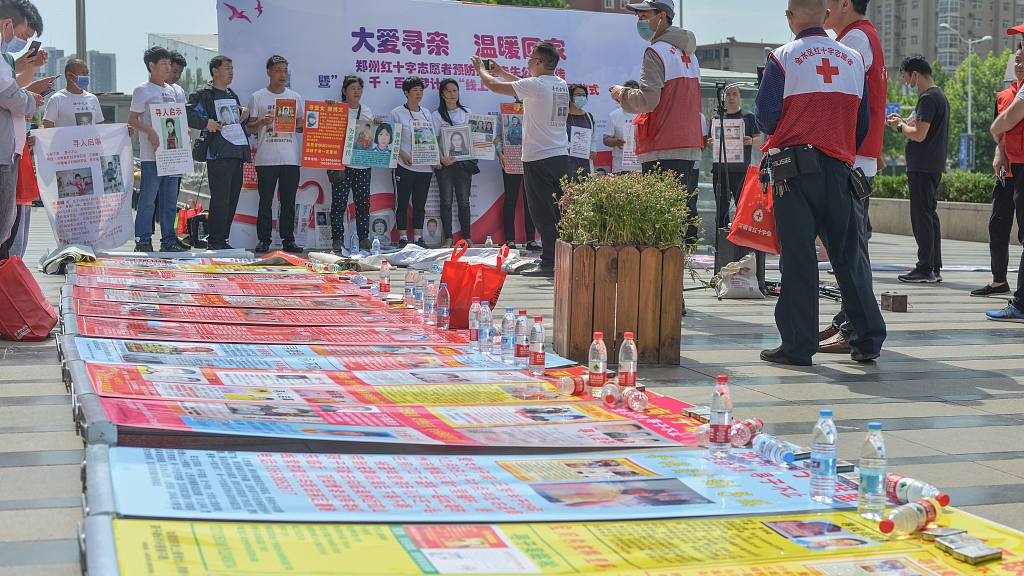 Volunteers help families track their missing relatives at an event in Zhengzhou, Henan Province, May 29, 2020. /VCG

Volunteers help families track their missing relatives at an event in Zhengzhou, Henan Province, May 29, 2020. /VCG

After a relentless night-long search, an inconsolable Ma decided to post the information about her missing grandmother on Toutiao Xunren, a program on news app Jinri Toutiao. The app sends push notifications to people in the locality of the incident and nearby areas, seeking the community's help to provide clues about a missing person.

After seeing the notification about Wang, a resident immediately recalled seeing her in the locality and shared crucial clues with the administrators, sparing Ma from a possible lifelong emotional trauma.

Wang was found the next day at a rescue center around nine kilometers from the location where she went missing. A policeman had found her wandering the street and dropped her off at the center. In a bid to find the address, caretakers tried to check her pockets, but a nervous Wang vigorously resisted.

"We ensure that my grandma's pocket has a card with a full address on it. But she was too terrified to let anyone come near her," said Ma.

"Nearly half the elders who were tracked through the Toutiao Xunren program had Alzheimer's disease. More than half of the teenagers reported missing from home were run away cases," said Zeng Hua, head of Toutiao Xunren.

But tracking missing children and reuniting them with their biological parents comes with its unique challenges. A child abducted at a young age barely has any memory about his parents and the geographical location of his home. Their changing facial features with age further complicate the matter.

To solve this complex issue, the Chinese Child Missing Prevention Platform (CCMP) app uses facial recognition software, which is powered by Artificial Intelligence (AI). It reconstructs the facial feature of a child with progressing age. 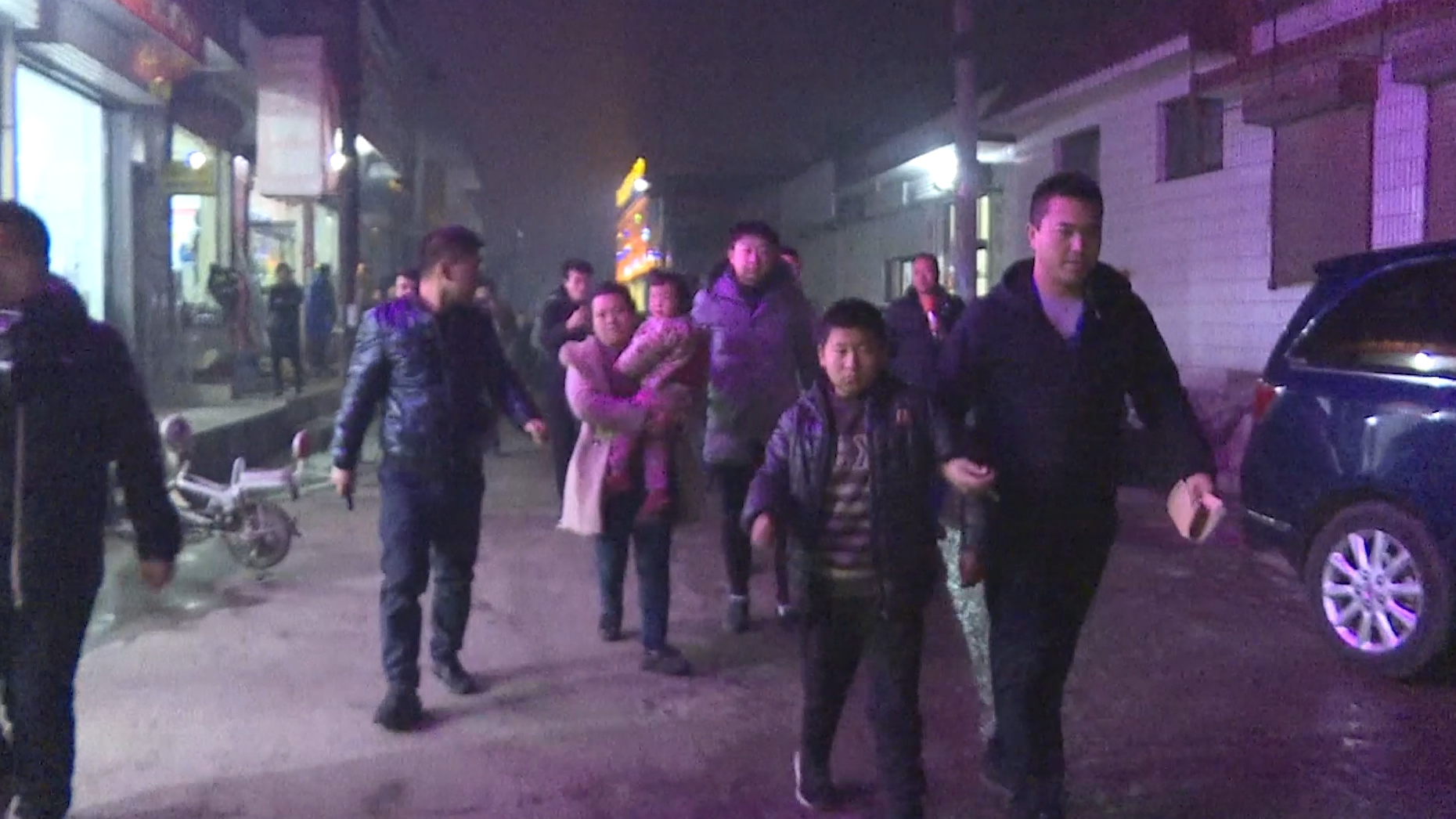 Liu Jingjun, who went missing around 10 years back, was traced through facial recognition and reunited with his family. /CCMP

Liu Jingjun, who went missing around 10 years back, was traced through facial recognition and reunited with his family. /CCMP

Parents upload photos of their missing children on the app, and the algorithm tries to match it with the missing children's database. The database consists of photos of children suspected of having been abducted, uploaded by community members. The organization works in collaboration with the Ministry of Civil Affairs.

The app recently helped reunite Liu Jingjun with his family after he went missing in north China's Shanxi Province about a decade ago when he was a child. The uploaded photo of the victim matched with the one in the database. In order to confirm the child's biological parents, a DNA analysis test was conducted.

For Liu's father Liqin, a migrant laborer who spent years searching for his son, meeting him after 10 years was an emotional moment. Unable to control his nerves, he fainted multiple times.

"Once the software comes up with a match, we verify the information and then notify the police and send the information to the child's biological parents," said Qi Xin, founder of the app, which has tracked more than 216 missing children.

The platform doesn't charge any money for tracking missing children. Qi plans to keep it a philanthropic service.

"My mother was abducted at a very young age. I grew up listening and feeling her sorrow; I personally understand the trauma of child abduction and its psychological impact on families," Qi said.

But sharing personal data with a public platform has raised the issue of privacy.

"Technology has both advantages and disadvantages as a person with dementia needs to go out for physical exercise, and such activities also help in psychological well-being," said Greene. "But the consent should come from the person having dementia or their family members if they can't make any decision on their own. But such a decision should never be forced upon by authorities."

"Consent from the relatives of a missing person is a must before we send out notifications. We value the privacy of every individual," Zeng assured.