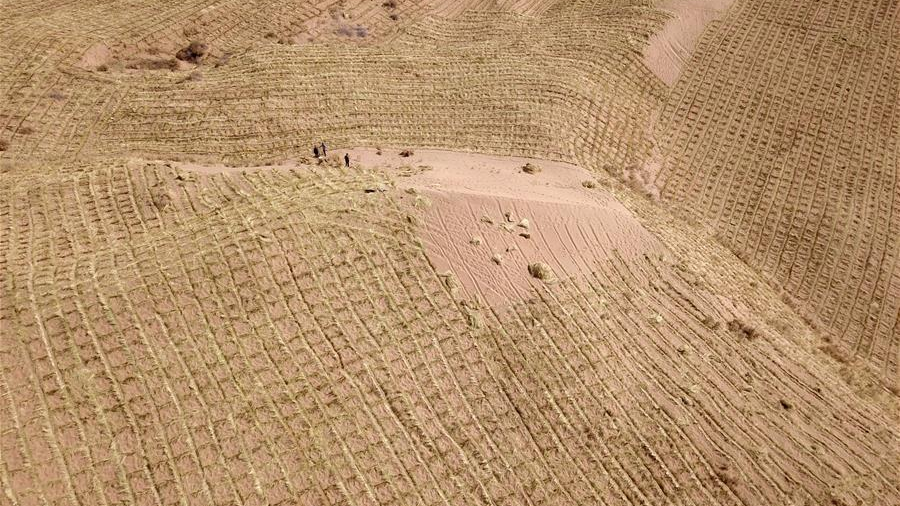 Editor's note: Rachana Gupta is an Indian blogger, poet and freelance writer based in Shanghai. The article reflects the author's opinions, and not necessarily views of CGTN.

Launched in 1994, the United Nations' World Day to Combat Desertification and Drought is observed every year on June 17, to create awareness on combating expanding desertification worldwide.

Desertification is the process of degradation of once fertile land into arid, semi-arid, and dry sub-humid areas. The main reason for desertification is attributed to overexploitation and inappropriate usage of land areas through deforestation, overgrazing, and substandard irrigation practices. This year's observance, themed "Food. Feed. Fiber" will focus on educating the masses towards efficient production planning, sustainable practices, and responsible consumption.

According to the United Nations, land degradation has impacted almost a third of the Earth's arable land in the last 40 years, a landmass of nearly half the size of European Union (4.18 million square kilometres) with Africa and Asia being the worst affected regions because of the destitution and high density of population.

Notably, similar to the rest of the world, China has also been facing the negative impact of proliferating land degradation. The country has lost almost 24 percent of its land area to the encroaching desert since the 1950s. As per National Geographic, the Gobi Desert, famously known as "The Yellow Dragon," has expanded by more than 385,000 square miles, the area equivalent to the size of France and Germany combined since then.

Additionally, according to a study published by MDPI in April, this year, entitled "Desertification Control Practices in China," the country suffers the desertification-induced economic loss of almost 6.8 billion U.S. dollars annually. The problem is mostly the result of overgrazing by livestock, which dramatically exposes the topsoil to direct sunlight and heat. This exposure significantly shrinks the land's capability to retain moisture content and eventually degrade it to an arid piece of land.

To surmount this issue, China has taken several steps which are yielding encouraging outcomes so far. For instance, in 1978, the country commenced a gigantic anti-desertification drive entitled the "Great Green Wall" to construct a massive wall of trees bordering the Gobi Desert to contain its expansion significantly. As per the layout, the project, post-completion in 2050, will cover an enormous landmass of about 4500 km in length. This colossal plantation program will help China to expand the forest cover in north significantly from five to 15 percent.

Since the commencement of this project, more than 66 billion trees have been planted in the region, with almost 13 million hectares (an area the size of Greece) of trees planted in only the last few years. Additionally, several laws have also been formulated in the nation in the early 2000s to facilitate the environmental protection initiatives and transformation of degraded land into farms and grasslands. 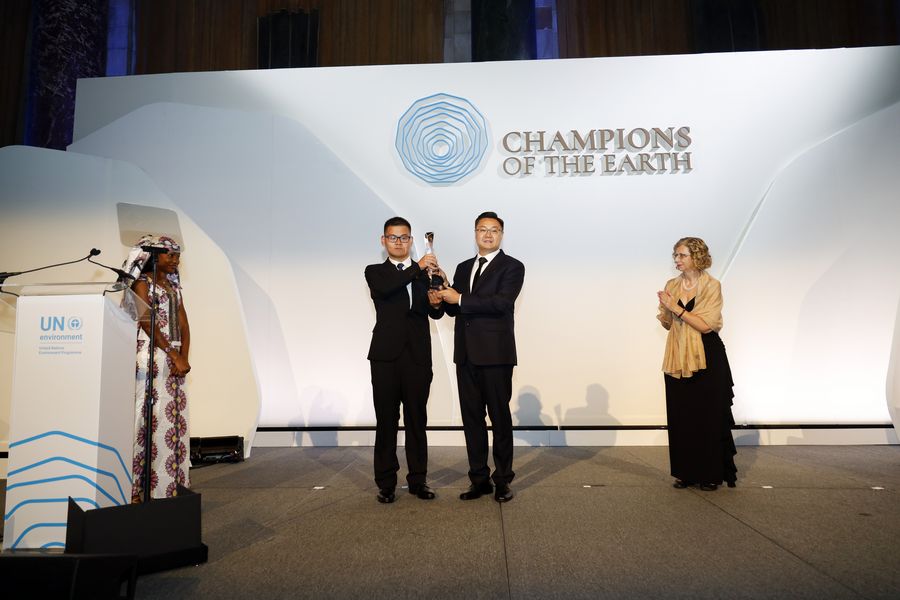 Apart from the government, Chinese tech giants like Alibaba are also taking significant initiatives to fight the increasing desertification in the country.

Alipay (Alibaba's virtual payment platform), through its app, Ant Forest, in the past few years, has promoted the low-carbon and energy-saving lifestyle among its users. The app allows users to select from different low-carbon activities in their daily lives, like limiting the consumption of paper and plastic, using digital payment options for settlement of utility bills, or traveling in a green way by taking public transportation or bicycles instead of personal cars or cabs. The company, against each green activity of the users, allocates green energy points to the users, which they can use to grow a virtual tree in the app. Once the virtual tree grows to a certain level, the company, together with its philanthropic partners, plants a real tree in the country's most arid regions. Ant Forest even allows its users to view their trees in real-time via satellite. So far, Ant Forest has managed to attract more than 500 million users, with about 122 million trees planted as a result of this initiative.

In June 2017, China, along with UNCCD, launched a Joint Action Initiative (JAI) with the intent to combat desertification, restore already degraded land, and alleviate the effects of drought in the regions along the Silk Road. JAI is also linked with the 2030 global target of achieving land degradation neutrality under UNCCD's Sustainable Development Goals. The initiative, through fighting desertification, also aims to alleviate poverty and improve the livelihoods of masses in the region.

Under this initiative, China plans to cooperate with other nations in controlling desertification through technology sharing and professional training. Notably, China has already managed to reduce the desert area at home by 2,424 square kilometres per year during the past decade. As per the nation's Forestry Administration's monitoring report, the desert area in the country has continually shrunk from 1999 to 2014.

Ibrahim Thiaw, UNCCD's executive secretary, had also praised China's achievements in this direction, mainly in the severely affected regions, including Inner Mongolia Autonomous Region and Guizhou Province. He hoped that China would continue to share its experiences and practices with other nations of the world.

Therefore, by looking at the overall commitment of the Chinese government, and the aggressive measures of the country in this direction, it seems that China will continue to produce a remarkable result by braving the challenges brought through desertification. Also, it could effectively provide valuable learning experiences to other nations of the world to carry out their anti-desertification drives.