Tensions escalate between India, Pakistan after clashes over Kashmir
CGTN 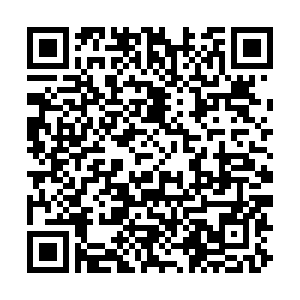 Tensions between India and Pakistan have escalated after recent clashes over the disputed Kashmir region.

Pakistan resorted to ceasefire violation along the Line of Control (LoC) in Naugam Sector of Indian-administered Kashmir, the Chinar Corps of the Indian Army claimed on Wednesday.

"On 16 June, 2020, in the late evening hours, Pakistan initiated unprovoked ceasefire violation (CFV) along the LoC in Naugam Sector by firing mortars and other weapons," the defense spokesperson was quoted as saying by Indian news agency PTI.

He said Indian Army strongly retaliated to Pakistan's unprovoked firing. There were no casualties reported in the incident, he added.

According to Indian news agency IANS, it was Pakistan's second ceasefire violation on June 16 as it fired mortars in Tangdhar Sector of Indian-administered Kashmir. 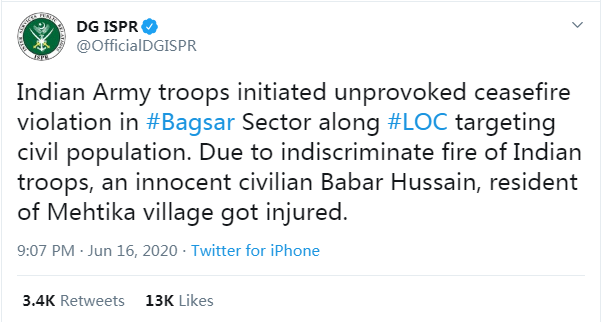 A civilian was injured in Indian firing along the LoC in Bagsar Sector, Pakistan-administered Kashmir, according to a statement issued by Inter-Services Public Relations (ISPR). The man was identified as Babar Hussain, a resident of Mehtika village.

DG ISPR said that civilians were targeted in Dera Sher Khan, Sandhara and Bamroch villages of Jandrot Sector and four civilians had been critically injured in the firing, including two women and two children.

The Pakistan Army spokesperson said in a tweet that the injured included 26-year-old Miss Nasreen from Sandhara village, 24-year-old Rabia and seven-year-old Momina from Dera Sher Khan and Munshi from Bamroch.

Meanwhile, Pakistan's Foreign Minister Shah Mehmood Qureshi said on Tuesday that he would "very soon" call a meeting of the foreign ministers of the member states of the Organisation of Islamic Cooperation's (OIC) Contact Group on Jammu and Kashmir" to talk to them and ask what is going on."

"I have also written letters to the United Nations Secretary General (UNSG) and the UN Security Council (UNSC) and now, today, international - and even Indian - media are criticising (the Modi government)," he said.