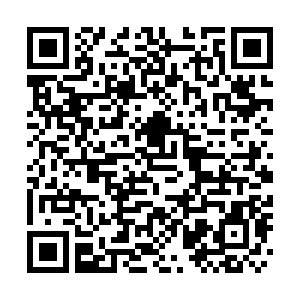 Despite the spread of COVID-19 across the globe, the drawn-out trade disputes and U.S. President Donald Trump's repeated threats to de-coupling China, a survey shows however most U.S. firms operating in China have no plans to relocate their production to other countries.

In accordance with a survey conducted by the American Chamber of Commerce in China in April, 83 percent of surveyed American businesses ruled out moving away from China.

White House economic adviser Larry Kudlow once said, "If we had 100 percent immediate expensing across the board. Plant, equipment, intellectual property structures, renovations... We would literally pay the moving costs of American companies from China back to the U.S."

Countries including India and Indonesia also indicated to lure U.S firms to move there from China with strong incentives.

However, major U.S. companies have even ramped up their investment in China recently, including Tesla which became the top seller of electric vehicles in China in May with 11,065 Model 3 cars sold last month and is rapidly expanding its Gigafactory in Shanghai.

General Motors also announced recently that it will cooperate "very closely" with CATL, a Fujian-based manufacturer of batteries.

The Wall Street Journal (WSJ) denoted last week that China has been a bright spot for the U.S. farmers and other exporters in the dull global trade picture, which regains its crown as America's largest trading partner when the COVID-19 pandemic clobbers worldwide commercial activities.

Bilateral trade between the two countries skyrocketed to 39.7 billion U.S. dollars in April, a surge of nearly 43 percent from the month before, and again surpassed Mexico and Canada.

According to the latest World Bank forecast, China remains the only major economy that is likely to achieve positive growth this year.

"China looks like it could be the biggest engine of global GDP growth in 2020 and maybe 2021. We want American companies to benefit from that absolutely," said Craig Allen, president of the U.S.-China Business Council.

Allen pointed out that China's commitment to cut back on regulatory measures is of greater long-term significance to U.S. companies, and "there have been very significant regulatory changes in intellectual property rights, agriculture and financial services."

In addition to the automotive market, the growth prospects of other markets also seem to offset the risks posed by geopolitical frictions.

American oil giant Exxon Mobil as well as retail giants Costco and Walmart announced during the pandemic outbreak that they would expand their business in the Chinese market. The fast-food brand chain Popeyes also opened its first Chinese physical store in mid-May, and 1,500 physical stores are under planning.

The good news for U.S. companies is that, despite the coronavirus pandemic, Chinese consumers are spending their money again. Consumption in May was already almost back at the same level as the previous year, according to WSJ.

A slew of U.S. consumers gravitates toward relatively inexpensive products made in China because a majority of them cannot afford pricey phones made in the United States.

The president of the American Chamber of Commerce in China, Alan Beebe, said China is leading the global economic recovery out of its successful strategy to hold the pandemic in check, and this is why numerous U.S. companies are following suit and continuing their businesses in China.