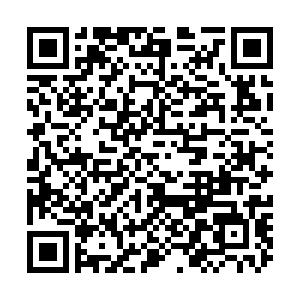 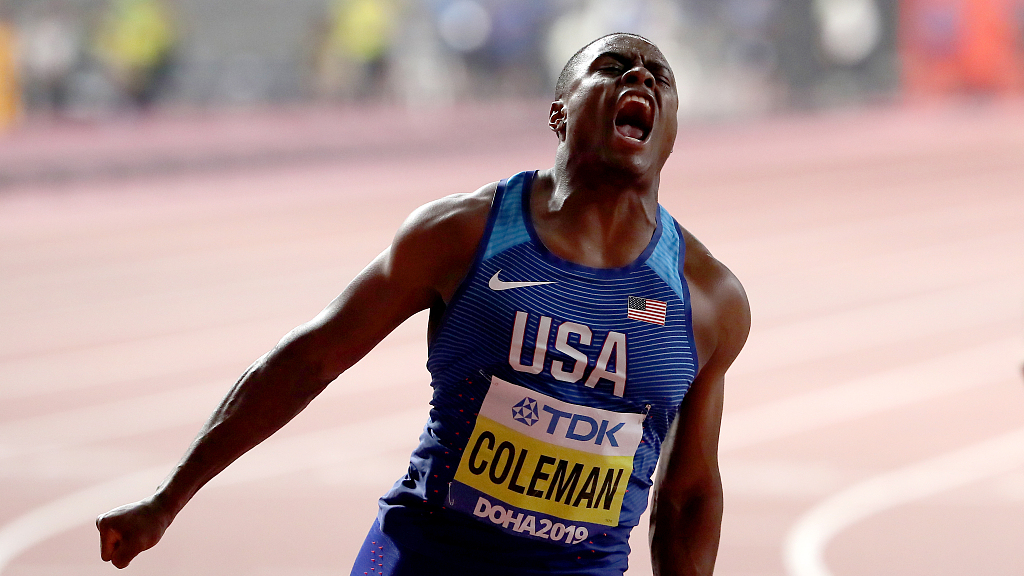 The 24-year-old American sprinter detailed his latest missed drug test on Tuesday in a long post on his Twitter account. He said the December 9 test was his third infraction in a 12-month period, which could result in a suspension. He also missed a test on January 16, 2019, and another on April 26, 2019, due to a filing failure. 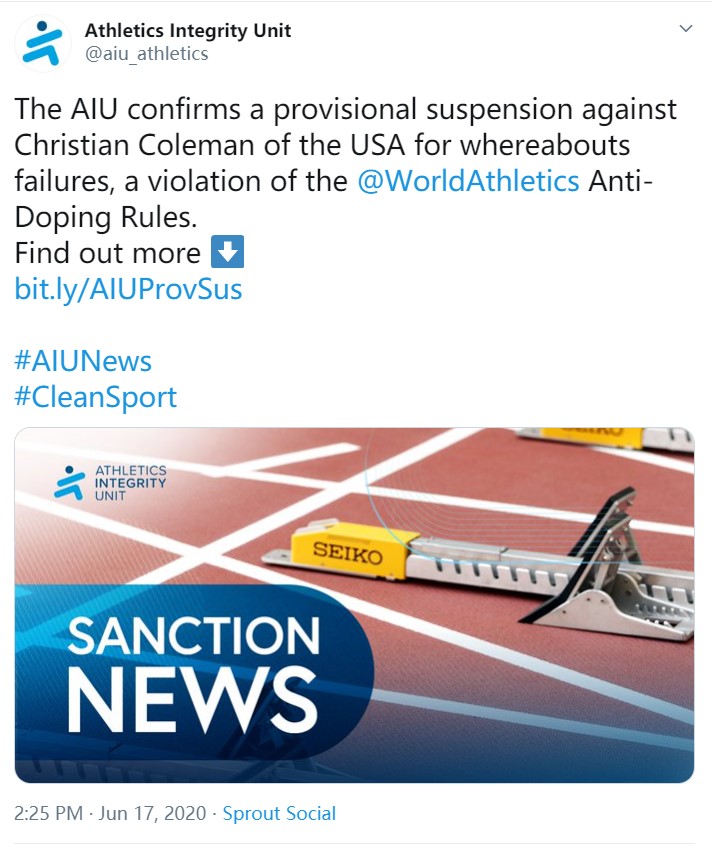 The AIU updated its list of athletes on provisional suspension to include Coleman, hours after Coleman revealed details of the case.

Athletes are required to list their whereabouts for an hour each day when they must be available to be tested. A violation means an athlete either did not fill out forms telling authorities where they could be found, or that they weren't where they said they would be when testers arrived.

The Guardian reports three failures to report athletes' whereabouts information in a 12-month period could result in a one- or two-year suspension. The accusation that Coleman faces could possibly cost his opportunity during the Olympic Games next year. 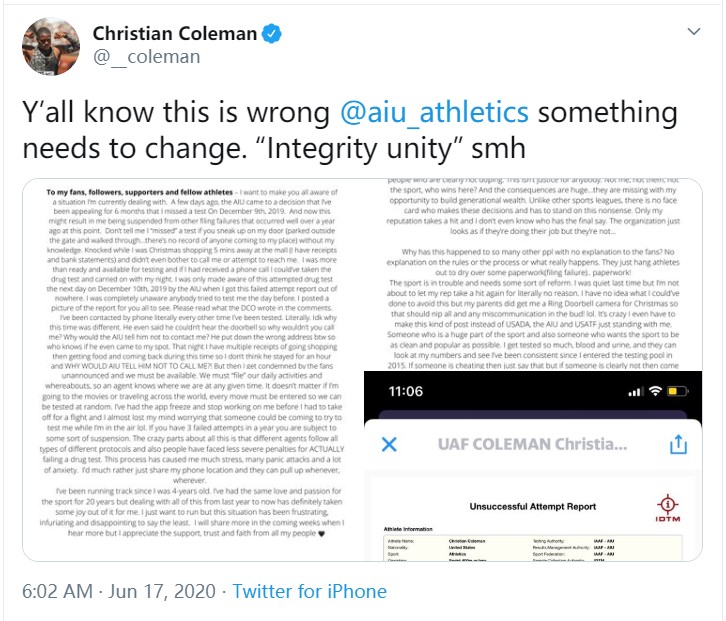 "The December 9 attempted drug-test is the third infraction in a 12-month period," Coleman wrote on Twitter. "I take responsibility for missing the U.S. Anti-doping Agency (USADA) agent on January 16, 2019 because I was at the weight room in the morning. But I think the attempt on December 9 was a purposeful attempt to get me to miss a test."

"I have never and will never use performance enhancing supplements or drugs," Coleman added. "I am willing to take a drug test every single day for the rest of my career for all I care to prove my innocence."