Primates in jeopardy: Monkey with a goat's beard
Li Yunqi 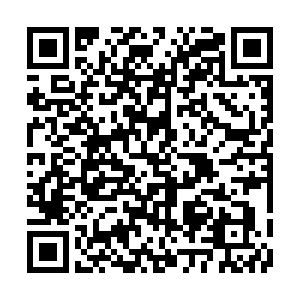 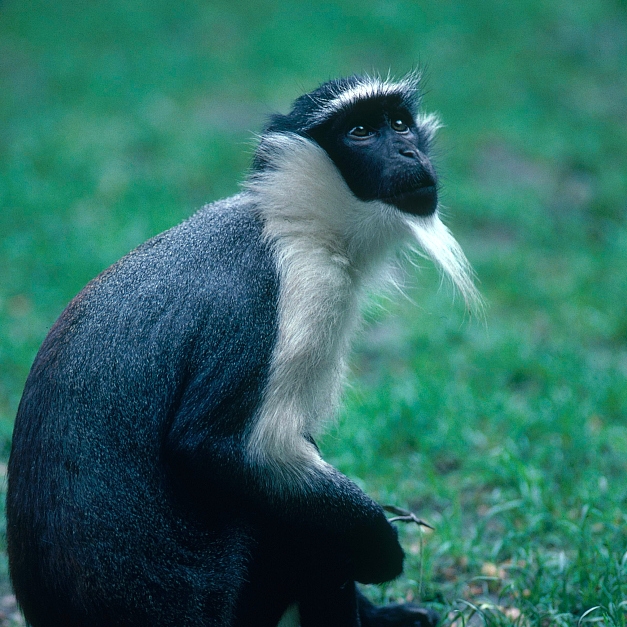 The goat-like beard of the roloway monkey. /VCG

The goat-like beard of the roloway monkey. /VCG

As one of the 25 most endangered primate species, the roloway monkey definitely stands out in appearance. It is the largest among the species of guenons, a species that is endemic to sub-Saharan Africa. Most are forest monkeys.

The most distinctive characteristic of the roloway monkey is its creamy-white goat's beard and the smooth and beautiful coat all over its body. The goat's beard exists on both males and females, so the two sexes almost look entirely alike except that males are slightly larger than females and have longer tails as well as larger canines. 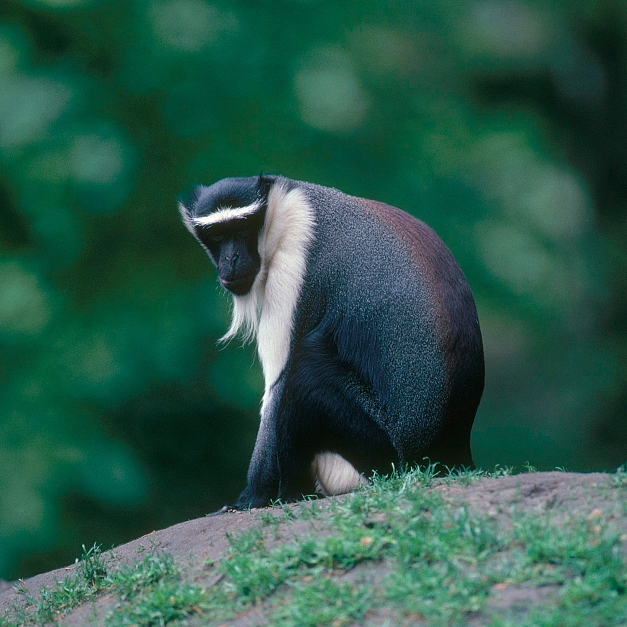 Roloway monkeys have a huge appetite for fruit, though they also consume insects, leaves, and seeds. In Ghana's Bia National Forest, where these monkeys are protected, insects are mostly consumed by these monkeys in the wet season, whereas consumption of fruit pulp and seeds peaks in the dry season. These monkeys also have a unusual appetite for animal matter such as feces and remains. However, males eat more fruit than females while females eat more foliage and animal matter since this is more nutritious. 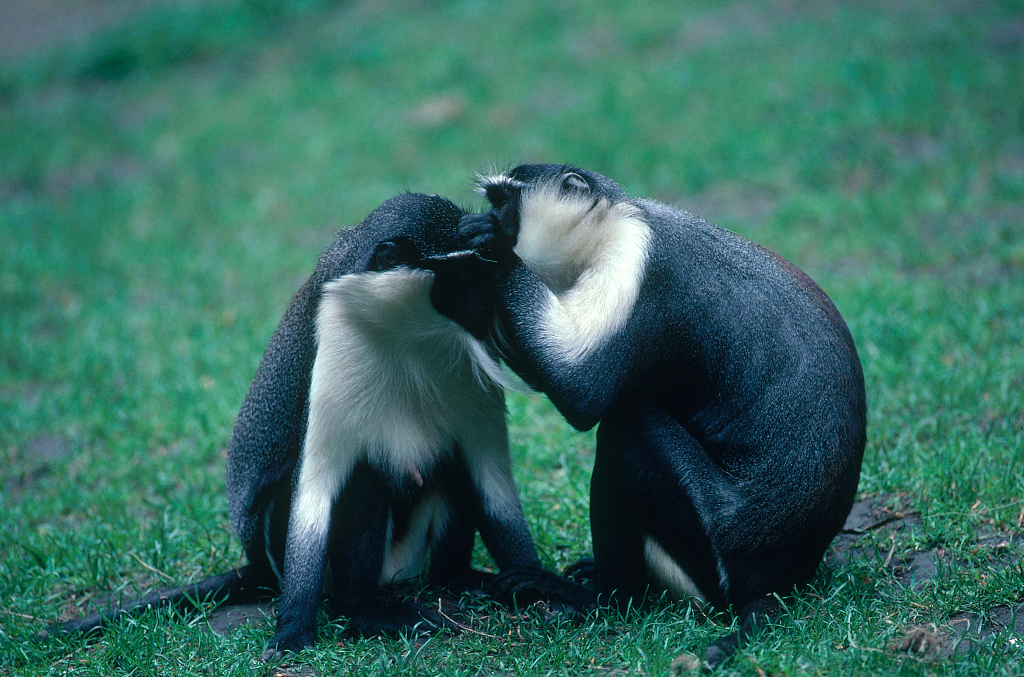 Grooming is a common social behavior among roloway monkeys, as with many other monkeys. /VCG

Grooming is a common social behavior among roloway monkeys, as with many other monkeys. /VCG

The roloway monkeys only live in a small area of eastern Ivory Coast and the forests of Ghana. They cannot adapt to an environment other than these lush forests.

However, according to the latest assessment by the International Union for Conservation of Nature (IUCN) in 2019, there are less than 1,000 roloway monkeys left in Ghana, making them critically endangered. The population of roloway monkey continues to decline rapidly, even in protected areas like the Bia National Forest.

The decline in population is mainly caused by habitat loss and hunting. Agricultural activities and logging has driven the monkeys to smaller and more fragmented regions. In the past century, Ghana has lost 80 percent of its forested land. At the same time, the large size and beautiful pelt of the roloway monkeys make them a favorable target for hunters looking for bushmeat.

The bushmeat trade in Ghana exceeds 800 tons per year, this is equivalent to weight of 160,000 monkeys or 200 elephants. 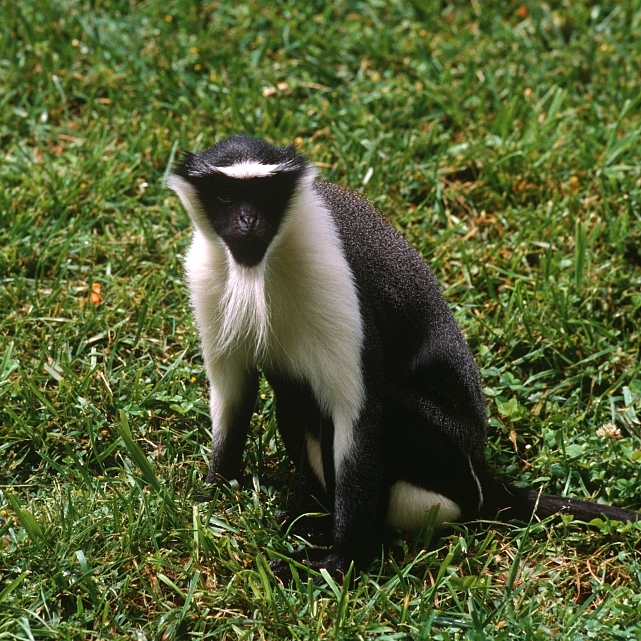 Roloway monkeys are critically endangered, with less than 1,000 counted in Ghana in 2019. /VCG

Roloway monkeys are critically endangered, with less than 1,000 counted in Ghana in 2019. /VCG