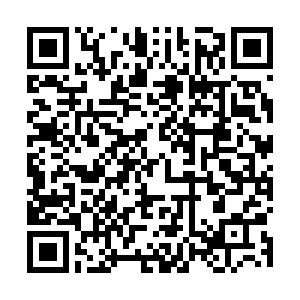 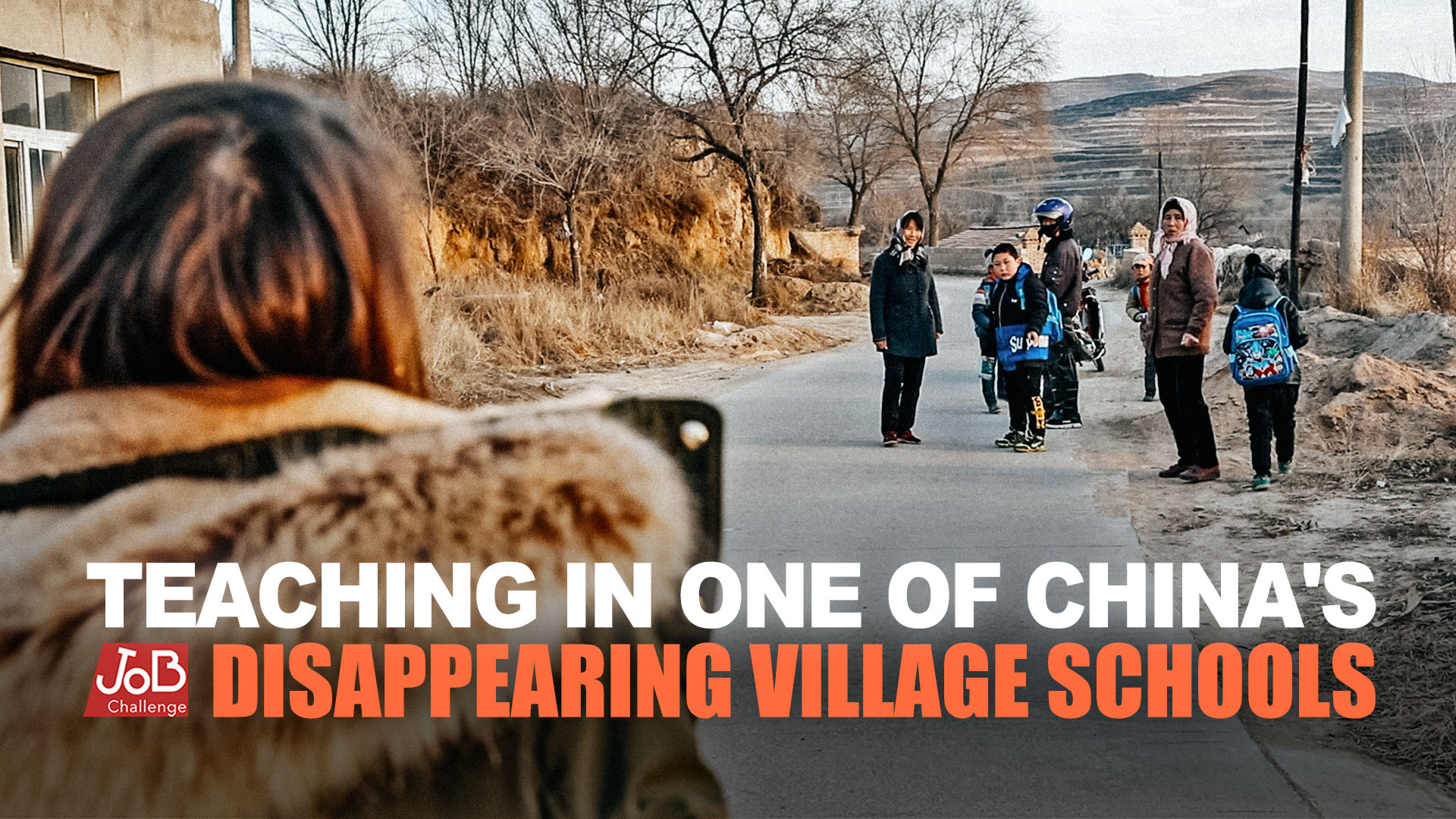 My mission was clear: teach four boys in the third grade in a small school in Xuechuan village, in Dingxi City of northwest China's Gansu Province.

Getting there required a plane, a fast train, and a one-hour car ride. The naked landscape, like a winter desert, greeted us along with blue skies and arid terrain. From Dingxi City with its new high-tower buildings and promenade along the river, a two-way road filled with construction trucks and very slowly moving traffic took us to the village. On the roadside, the leftovers from the summer's corn crops were still visible.

I felt anxious and nervous, afraid the children wouldn't like me and failing completely as a teacher. I had geography and English to teach them, but more than that we wanted to give them a small glimpse of the world and encourage them to pursue their dreams.

They welcomed me with open arms, curiosity, and a little twinkle in their eyes. Presentations were done, and as they told me that they want to have good grades and be soldiers, I thought that for them it might mean security. The army can be a family and a provider.

The four boys come mostly from low-income households and two of them from broken families, a common feature in rural areas. The mothers left the family because they were poor, and the boys were left behind with the grandparents on the father's side.

In Xuan Xuan and Sun Kai Hang's case, the fathers are migrant workers. When we visited, Sun Kai Hang's father was at home taking care of the goats, because he was jobless. 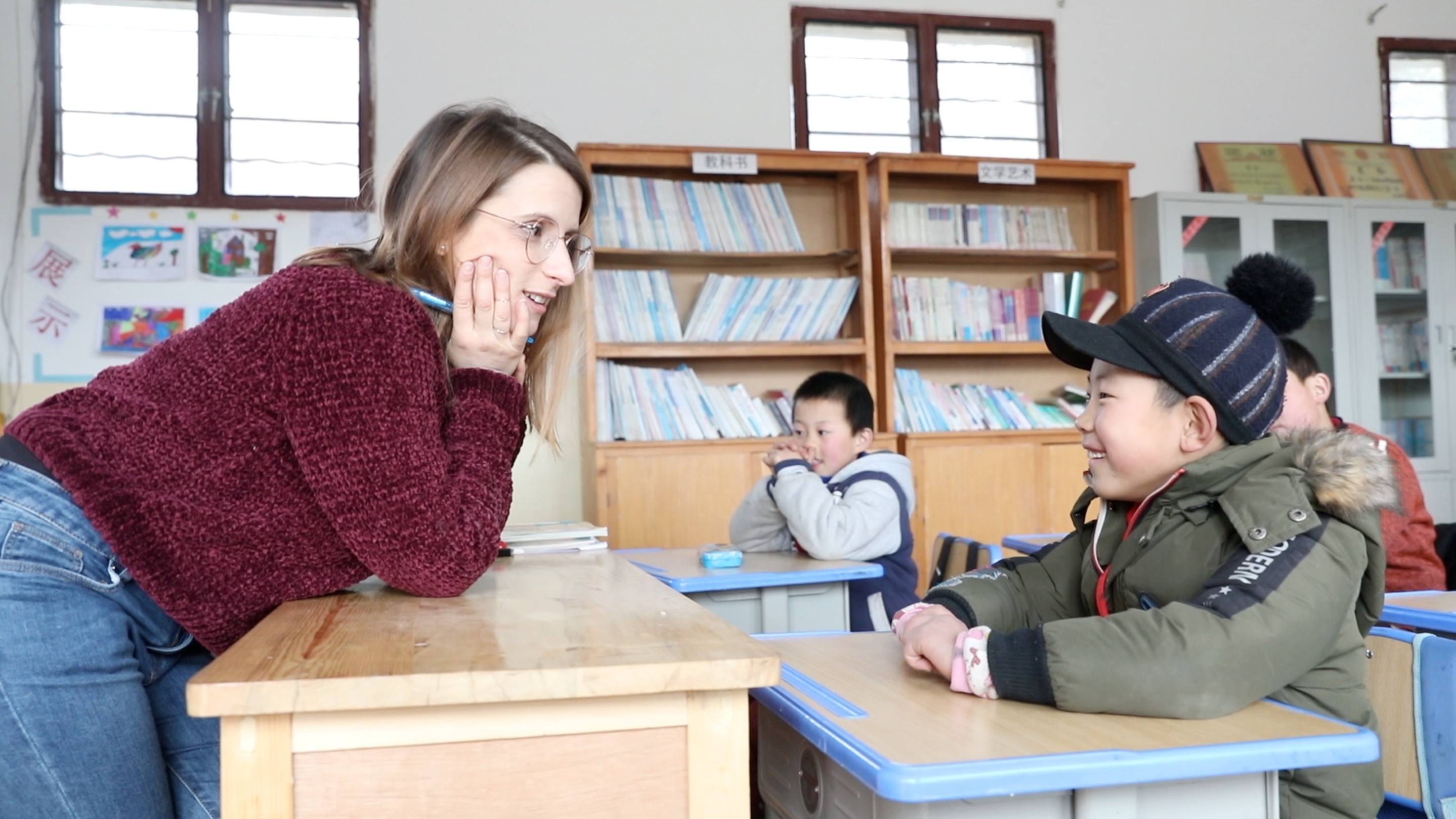 These children are a tiny drop in a universe of around 69.7 million left-behind children (LBC) in China, according to a study by Lian Tong and Qiong Yan from Fudan University in Shanghai. Around 61 million are living in villages with at least one migrant parent; another 8.7 million are urban LBC.

"Parental migration has potentially long-lasting adverse effects on children," noted the researchers, adding that the psychosocial well-being and development of LBC is particularly threatened by the absence of parental affection, support, and supervision.

Both boys suffer the extra pain of growing up without their mothers. Phone calls are rare events and visits are non-existent.

In Xuan Xuan's face and behavior, his grief was evident. In school, he cried because he couldn't keep up with a song and even though he studies hard, the grades are not that good.

When we talked one afternoon, he showed no hope of seeing her again. In his eyes, she doesn't love him and destroyed the family, leaving his dad without a wife and him without a mum, he said. 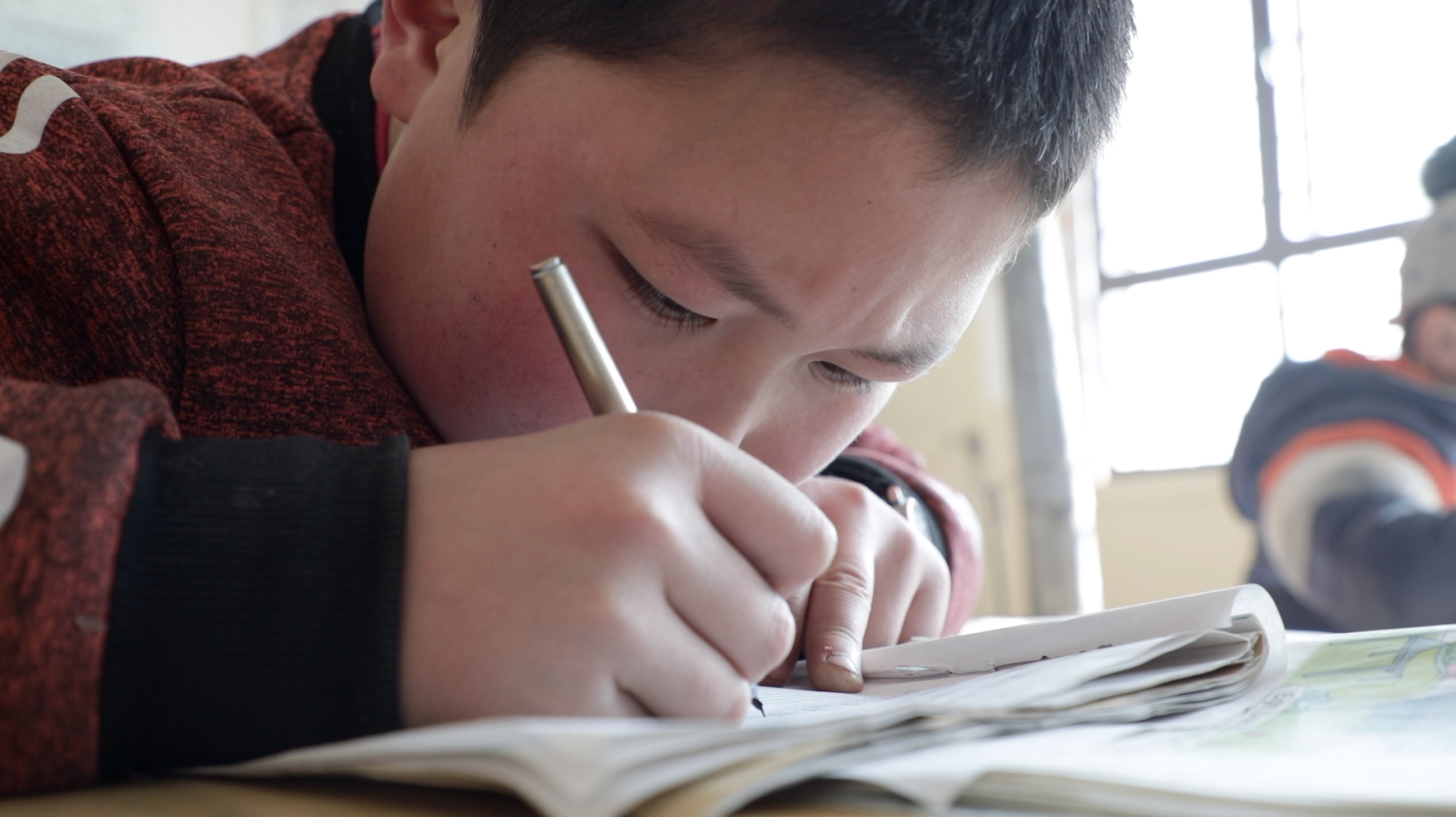 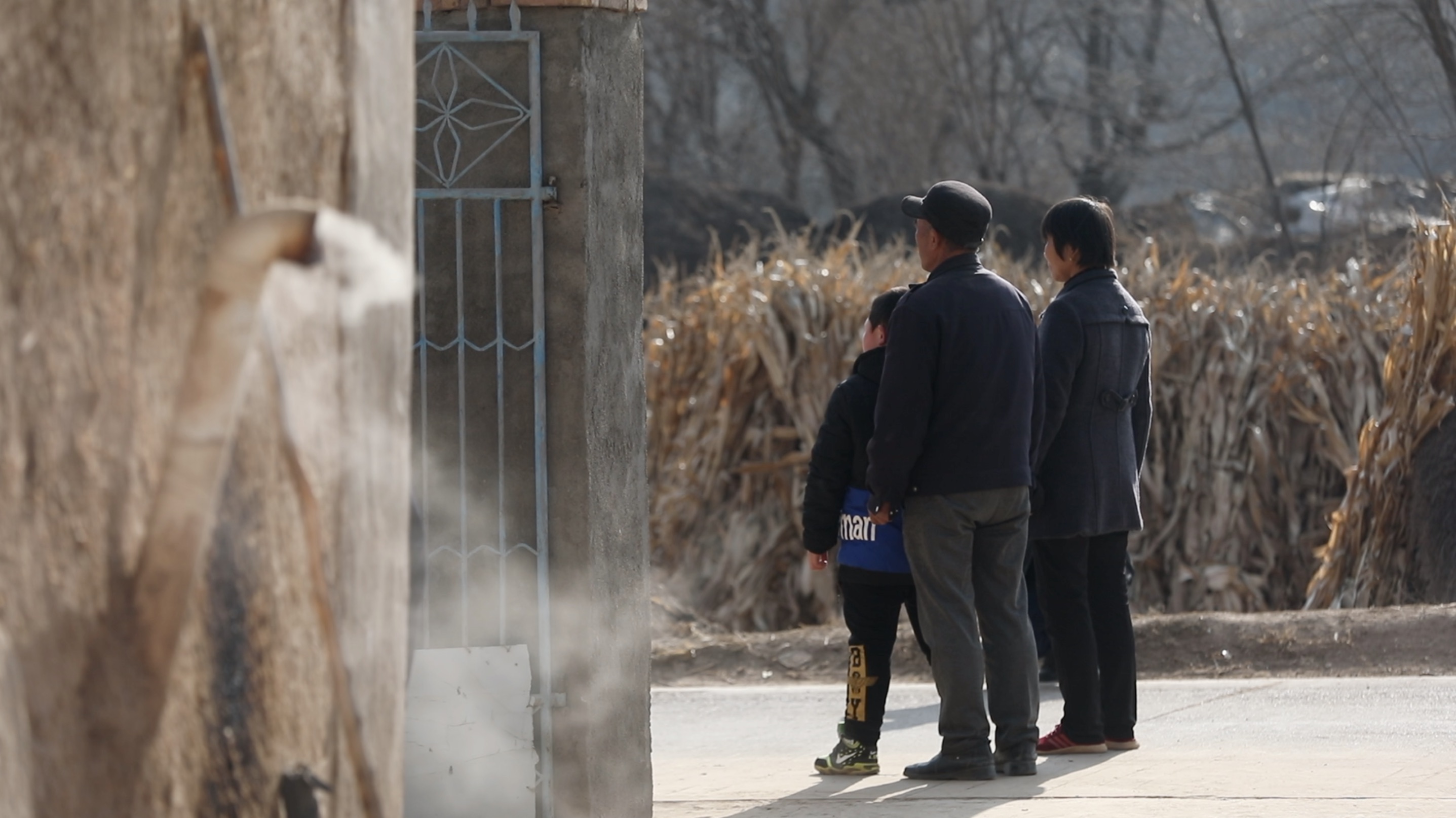 The grandparents feel the same way. Sitting in their living room, they told us how painful it was when she left and how much he cried every night. Eventually, the crying stopped.

Trying to comfort him, when he was hopeless, was incredibly hard. Only when I stepped out of the house my heart began to "translate" what I had heard, and I felt an incredible sadness.

On another day, I took Sun Kai Hang home after school. Corn cobs were drying outside when his father greeted us on the porch.

Sun Kai Hang is more private, he can keep his feelings to himself. On our way home, he confessed to remembering little of his mother, only her black hair.

They live next to the 80-year-old grandparents. The mother left six years ago and in 2019, she never called. On the other hand, the father-son relationship is very close, and the father is hopeful about the child's future.

School and teachers as support systems

For these children and so many others, the school and the teachers are a safe harbor and a support system.

Today, the school has only a small part of its previous shine and splendor. The basketball and football fields next to the classrooms are now abandoned with weeds growing wild. 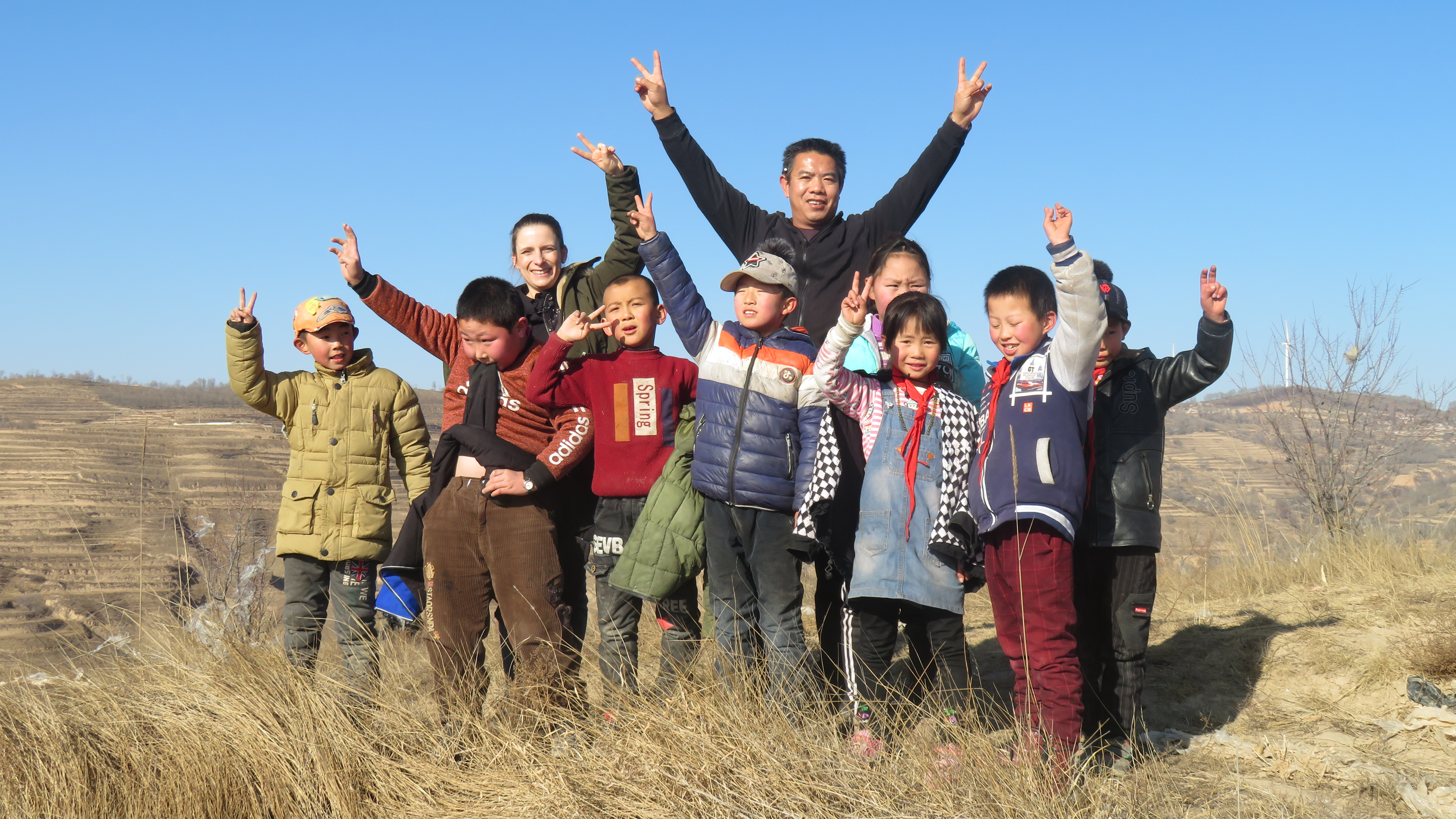 In Xuechuan School, physical education classes consist of walks in the hills in front of school./ CGTN Photo

In Xuechuan School, physical education classes consist of walks in the hills in front of school./ CGTN Photo

In its heyday, it harbored 600 students, now only eight. School director Ding Furong, who has worked there for 34 years, remembers those days with affection.

He admits it's hard to attract young teachers to the village and, at the same time, the ones that decided to stay face the struggles of keeping up with the modern teaching.

Families are moving away to nearby cities and children from the villages transferred to bigger schools, meaning small schools like this are disappearing.

Even so, director Ding wants to end his career in Xuechuan school and help his community for as long as he can.

Teachers live a very isolated life. Most of them, including teacher Yu, live on the school grounds during the week and on weekends they go and see their families and friends.

Sometimes, teachers and students go for walks in the hills in front of the school. On this occasion, I could see how close they all were to each other. 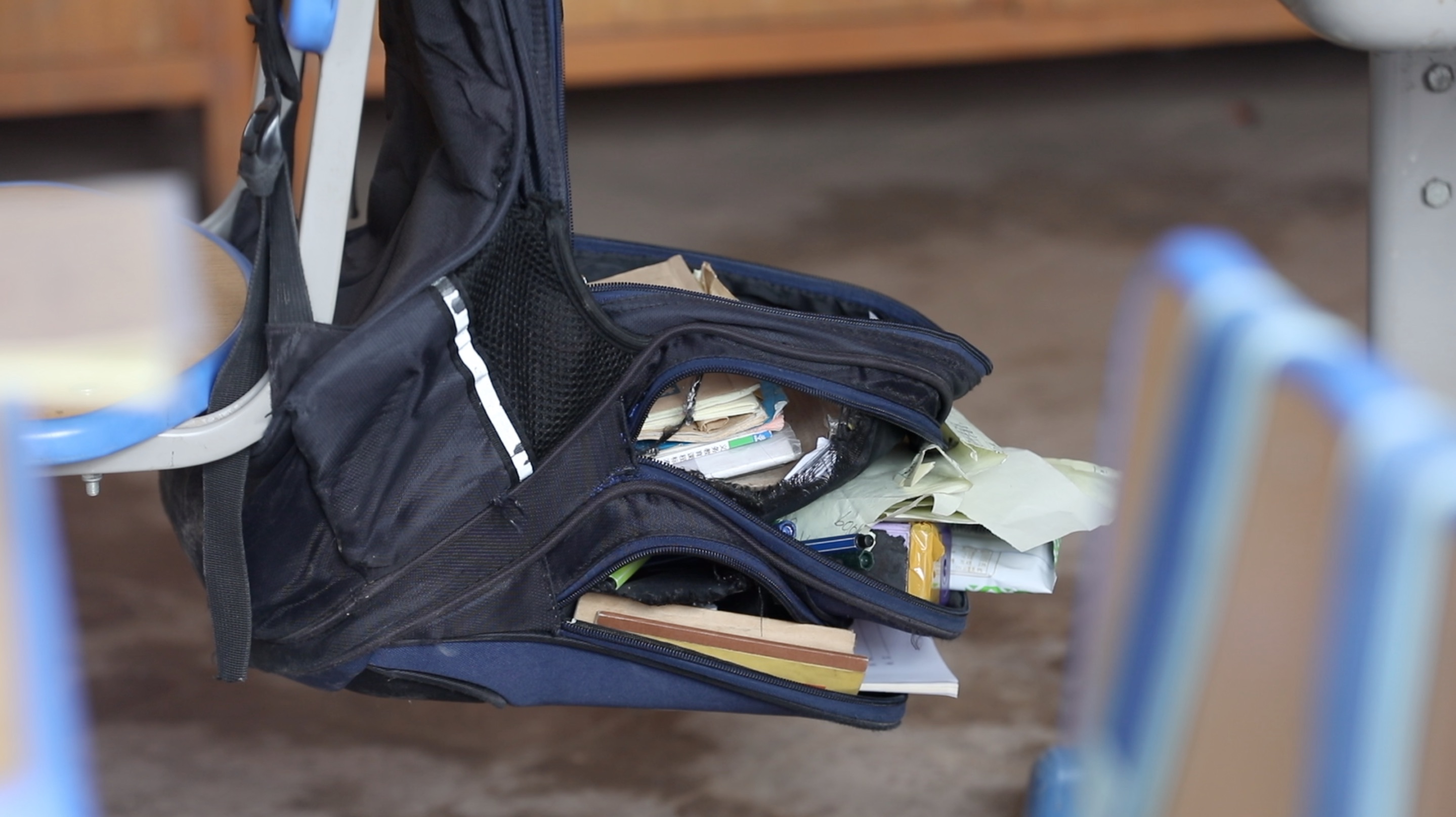 Besides, the classes are small so relationships are bound to be closer. It seems easier to pinpoint problems in terms of learning and at home. The teachers are more involved and can be a crucial support system for the children.

The school means security, home, and hope in the future. The teachers have some of the tools and the experience to show these children what the world is, and most importantly, what they can be and achieve.

In another way, the school also keeps the village alive. From the hills, the children's laugh can be heard, breathing new life to a disappearing community.

The big test was the geography class. I had spent quite a bit time preparing and, in the end, it was too much for them, too much material and too fast. Having no teaching background and a rusty Chinese resulted in a bit of a failure.

The teachers gave me some feedback and my fears had been confirmed, it wasn't a good performance. 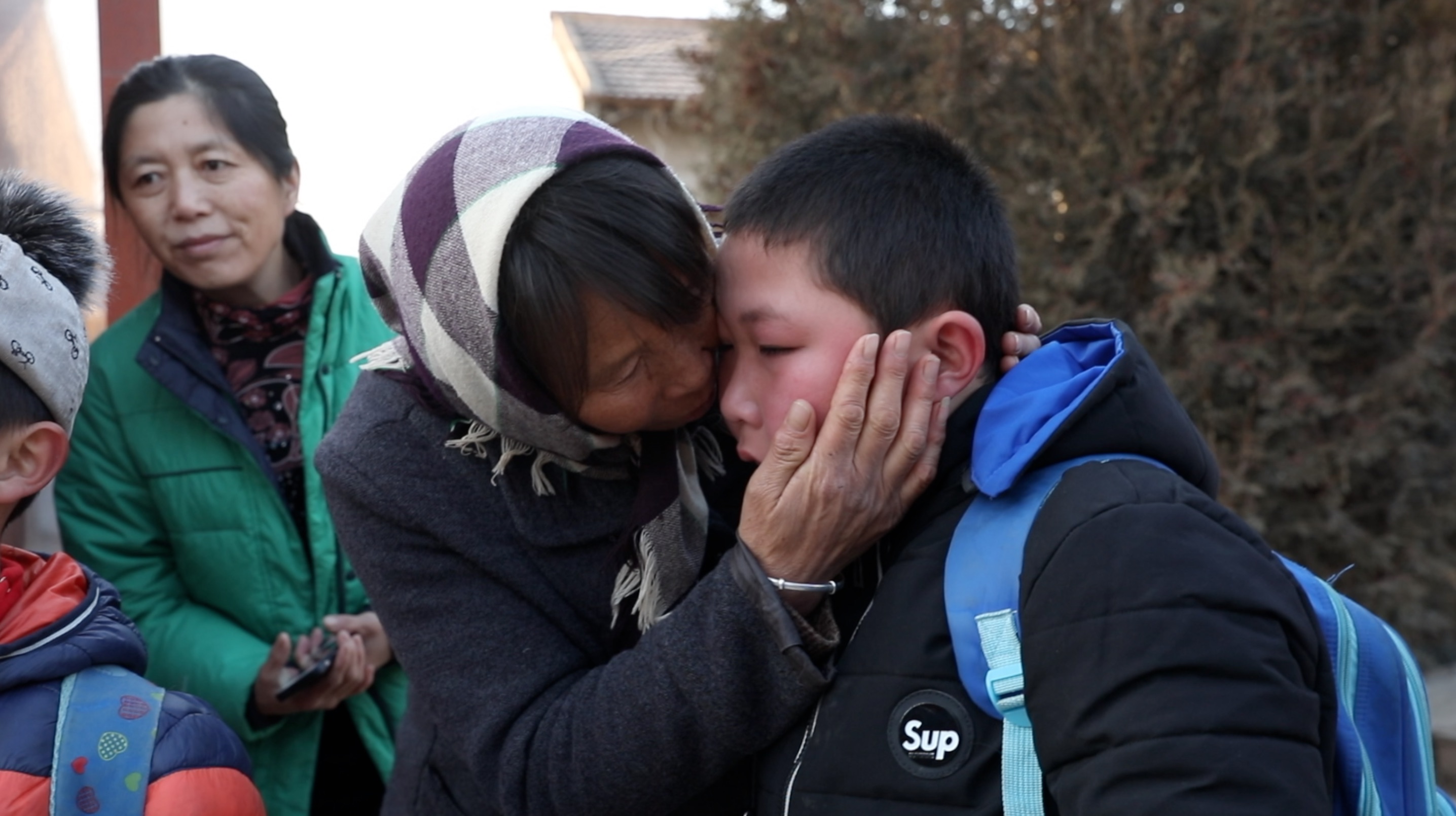 Xuanxuan cried while saying goodbye to Liane on her last day in Xuechuan School. /CGTN Photo

Xuanxuan cried while saying goodbye to Liane on her last day in Xuechuan School. /CGTN Photo

That night, when I went to the outside of my room for fresh air, I was greeted with a clear peaceful sky and stars shining back at me. A welcome change from Beijing.

Before the morning's English class, I went with teacher Yu to start the fires in the coal burners. This class was better, simple and active enough they wouldn't get bored.

Upon leaving, I thanked them for sharing a little piece of their lives and for bringing innocence back into mine. Their circumstances don't define their future, I hope they don't give up on their goals and might even dream a little bit. Like the Portuguese poet Fernando Pessoa wrote "All is worthwhile. When the spirit is not small."