The 'world after' and the rebalance of power
Lionel Vairon 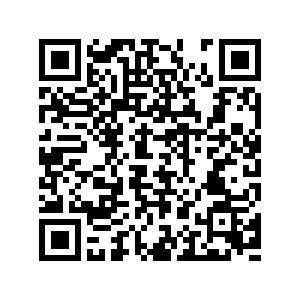 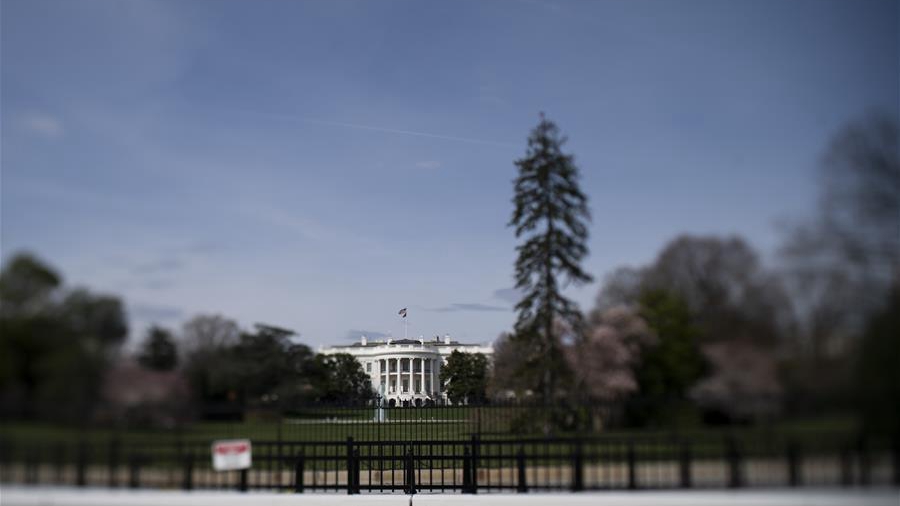 Editor's note: Lionel Vairon is the president of CEC Consulting company and senior researcher at Charhar Institute of International Relations and Public Diplomacy in Beijing. He is a former journalist (1985-1989), former diplomat (1991-2002) successively posted in Cambodia, Thailand and Iraq by the French government. He is also author of many books and papers about China's geopolitics, international relations and Arab-Islamic world. The article reflects the author's opinions and not necessarily the views of CGTN.

The continuous decline of American power under Donald Trump's presidency leaves analysts and experts wondering about the state of the international order after the end of the COVID-19 pandemic. Many believe this may lead to the emergence of China as the first global power, a worrisome scenario for many in Europe and in the U.S. For others, the "world after" will be similar to the "old world," the crisis simply amplifying pre-existing tendencies.

In fact, hostility against China was not born with the appearance of the coronavirus. It has steadily grown with the realization of the weakening of Western countries on an economic standpoint, as well as the inability of their leaders to contain the rise of populism and extremism, and the difficulties met when trying to remain relevant in world affairs after centuries of uncontested domination.

The COVID-19 crisis has been an eye-opener regarding the structural weaknesses of Western countries as well as their divisions. On a different scale, this crisis seems to have had an impact on developing countries similar to that of the 1905 victory of Japan over Russia, which led to the realization for colonized peoples of the weaknesses of Western powers and to the birth of numerous revolutionary movements. Despite different consequences and lesser radicalism, feelings of doubt towards the West are growing.

The dominating West was born in 1492 with the discovery of America and the expulsion of Jews and Muslims from Spain marking the end of the Reconquista, enabling the rejection of oriental and non-Christian sources of the European civilization. Europe was going to assert itself as the sole depositary of the entirety of humanity's attributes, transforming its new identity into a culture of supremacy.

The emergence of non-Western powers over the past decades questions this identity, which the United States, a product of European migrations, have also adopted. The international order is consequently shaken and Western concern is steadily increasing, sometimes turning into panic.

Since the end of the Second World War, the United States has assumed the role of "global policeman," asserting itself as the defender of what was then called the "Free World." The existence of two clearly identified poles of power, based on absolutely irreducible ideologies, eased the process. Europe was devastated in the aftermath of the war, its power significantly weakened, and the United States therefore appeared as the sole bulwark against the expansionism, imaginary or real, of the Soviet Union.

The dismantling of the latter in December 1991 opened the way to an uncontested domination, a unipolar world in which the United States would unilaterally define the rules of conduct for other members of the international society, and in which their economic, political and social model would be the only option: the "End of History" described by Francis Fukuyama. The workings of the world are however slightly more complex.

After four decades of rise in power of China, the United States is now confronted to what it considers to be an existential threat. The face-to-face with China has become the world's center of gravity. On its end, the United States' firmly displayed will is to keep this dominant position in the international order at all costs. 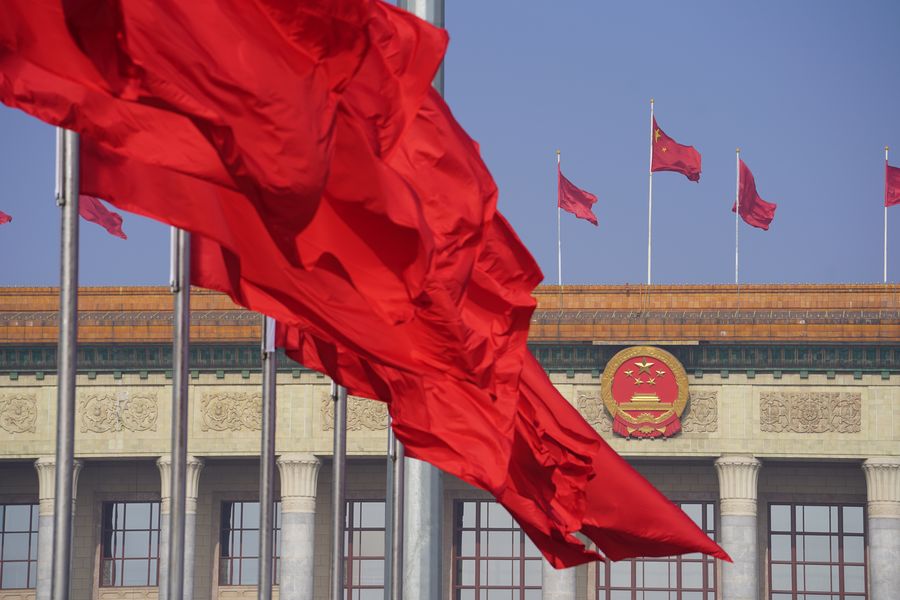 Flags at Tian'anmen Square and atop the Great Hall of the People in Beijing, capital of China, May 22, 2020. /Xinhua

Flags at Tian'anmen Square and atop the Great Hall of the People in Beijing, capital of China, May 22, 2020. /Xinhua

There has been bipartisan consensus on this matter, despite disagreements on other aspects of Donald Trump's policies. The reality of the situation is however quite different, as it is neither a competition for first place nor one for absolute hegemony, but rather a call for rebalancing of power. The emerging powers, especially China, have ceased to recognize this hegemony.

The true objective is to get recognition by American and European powers of the evolution of the world, and of the necessity to share responsibility, resources and decisions in the world's affairs. Refusing to negotiate these demands, and facing a Chinese power having undergone forty years of reforms, U.S. leaders are unable to use another software than the one they have been using for a century and which is now obsolete, a framework consisting of confrontation, sanctions and implementation of coalitions led by them.

A French sinologist has adopted a similar approach, recently raising the question in a French daily newspaper: "who can lead a coalition against China?" As far as they are concerned, European countries have mixed feelings, with an urge to maintain their historical ties with the United States, and the widespread feeling that attempting to stem the development of the Chinese power is only an illusion which may reveal itself costly on the long run.

The "world after" will likely be significantly different, and it will partly be defined by the results of the November 2020 U.S. presidential elections. However, the health crisis will have lasting consequences on the trust between China, Europe and the United States.

The violent anti-China campaign led by Washington on all fronts, which will continue regardless of the results of the elections considering the bipartisan consensus on the necessity to oppose China and to contain its power, has rendered the reestablishment of trust very difficult, including with certain European countries and the European Union, which have adopted the U.S. administration's approach on certain matters.

The decline of this "West" should however not be wrongly interpreted, despite the political wanderings of Donald Trump, even if he were to be re-elected. The United States and Europe, after five centuries of domination, hold a significant potential of power which requires a renewed dialogue with China regarding the rebalancing of power.

None of the protagonists should give in to Washington's temptation of hubris. Aggravation of conflicts and the Thucydides Trap can only be avoided through an open and respectful dialogue. China and the European Union now have the responsibility to convince the autocratic regime of Donald Trump of the necessity of such a dialogue.