A second wave of COVID-19 in China?
CGTN Insight 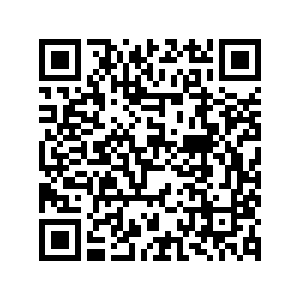 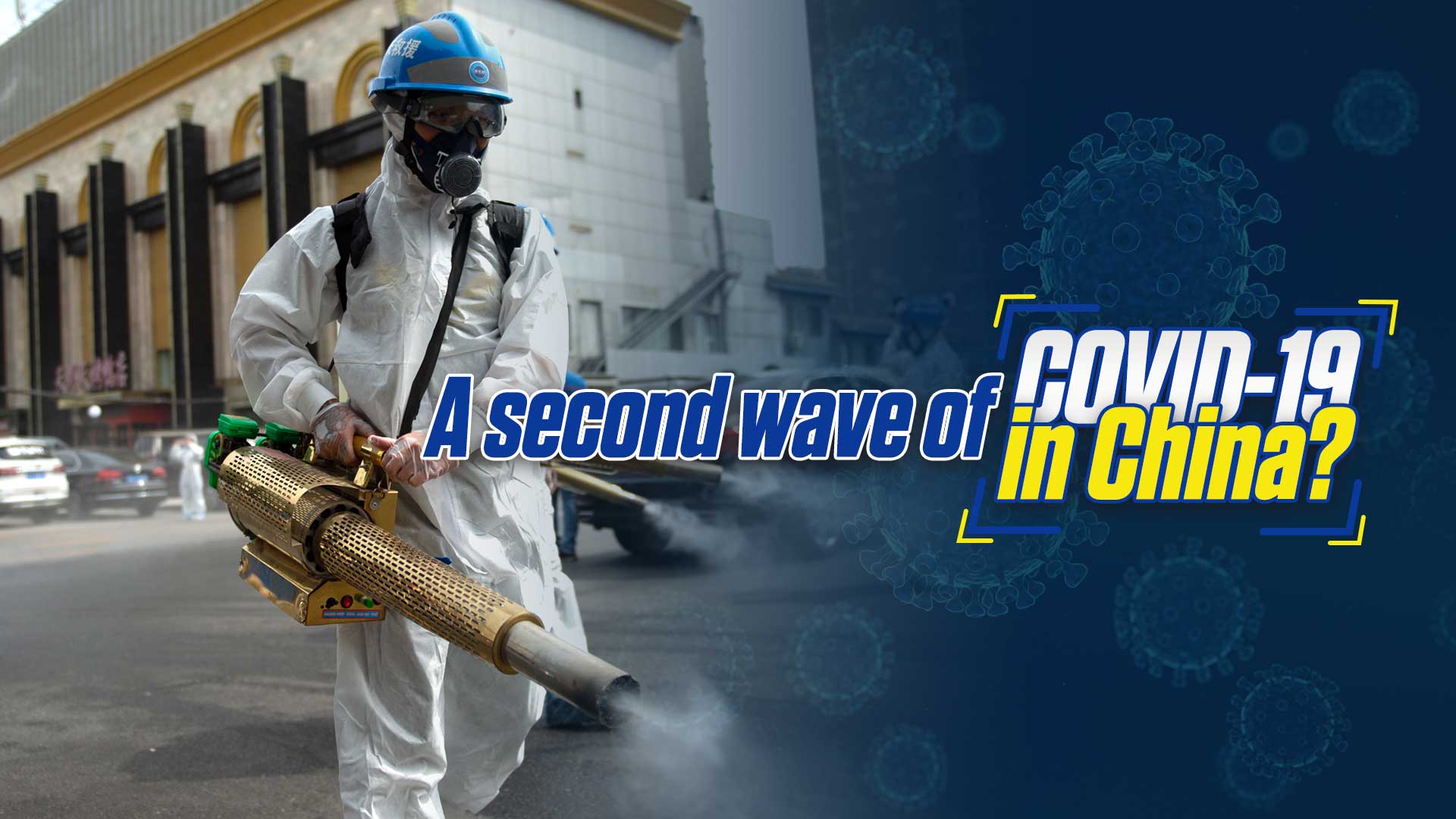 Beijing, which went 56 days without a domestic COVID-19 case, reported a new case on June 11.

More new cases are emerging in China's capital city, and they are all linked to one place: Xinfadi wholesale market. The virus was detected on a chopping board used for imported salmon.

Swift actions were taken. But the public is still worrying: Will there be a second wave of COVID-19 in China?

After reporting the country's highest daily number of new coronavirus cases in months on June 13, Beijing is racing to quash the outbreak at an early stage.

Mass contact tracing and testing are underway. The National Health Commission is promising to report new cases online within two hours, test results within 12 hours, and complete an epidemiological investigation within 24 hours.

The local government has wasted no time switching on "wartime mode" to control the outbreak. Residents who had been to the Xinfadi market were tested at the Xuanwu Stadium through the night.

But still, the link to a farm goods market reminds the public of the outbreak in Wuhan that started at a seafood market.

Not likely, said Zhao Dahai, associate professor from the School of International and Public affairs, Shanghai Jiaotong University. "The two cities, Beijing and Wuhan, are not comparable. The most important reason is that the current pandemic control mechanism in Beijing is much better than Wuhan. Half a year ago in December 2019 in Wuhan, we did not know what the COVID-19 was. We did not know how to control it. We did not even know whether human-to-human transmission was possible. It made us lose the best chance to control the pandemic. In the very early stage of the current outbreak at Xinfadi market, Beijing's local government and the local CDC have full ability to respond to the new confirmed cases."

Speed is the key in China's prevention work. 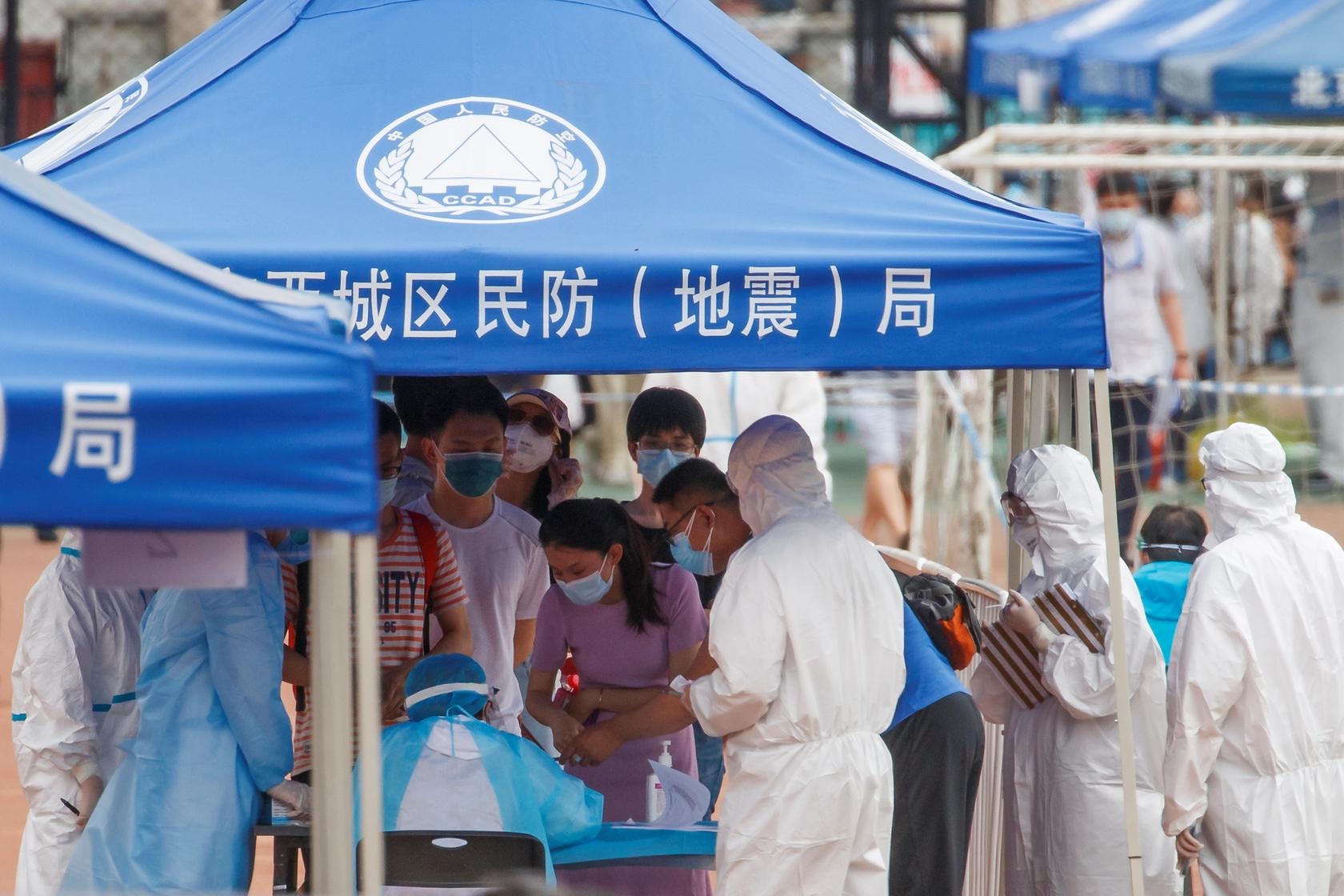 People line up to get tested for coronavirus at the Guang'an Sport Center following an unexpected spike of COVID-19 cases in Beijing, China, June 15, 2020. /Reuters

People line up to get tested for coronavirus at the Guang'an Sport Center following an unexpected spike of COVID-19 cases in Beijing, China, June 15, 2020. /Reuters

With previous experience and research, scientists have quickly discovered that the virus strain in Beijing does not resemble the type that widely spread in the country, but is more like the one found in Europe.

"The virus strain found in Beijing looks like the European strain, but it does not necessarily mean that it comes from European countries. The European strain has also spread to the United States and Russia. That means it can come from any country in this region. It may be from contaminated goods or infected people coming to Beijing. We are doing further research to try to answer this question," said Wu Zunyou, chief epidemiologist from Chinese CDC.

If anything, this means that the virus is much more cunning and trickier than we thought. Until a vaccine is successfully developed, humans might need to be prepared for a continuous battle against the newfound virus.

Dr. Zhu Huachen, an associate professor from University of Hong Kong, also pointed out that the emergence of a new COVID-19 cluster in Beijing meant that in spite of China's strict control measures, the knowledge gap was still there. "For example, the possibility of contaminated food or goods transported from other affected regions... Is it possible? And also, the possibility of some undetected asymptomatic patient who is traveling to the community, the possibility some infected animal host previously unidentified probably get a second chance to expose itself to the human beings... We don't know," she said.

On a global scale, the COVID-19 pandemic is far from over. As Chinese people nervously watch the new cases in Beijing, there are over 100,000 new COVID-19 cases every day around the world.

As China strives to reopen its economy and resume operation, the possibility of small COVID-19 clusters cannot be ignored. But as the first country to successfully control the outbreak, China has passed the "Wuhan test," which is much tougher and enduring. Now, Beijing is going through the test again.

"I think that with our previous experience and our successful control experience, I believe that we should be able to bring this to an end very soon, because now we know how to have more transparent communication and better public education. People also realize how to protect themselves, how to maintain a good personal hygiene. Even if there's an outbreak, we know how we can have early detection, early intervention and also early control measures to stop the disease from spreading further," added Zhu.

Immediate action and increased test capability are the key. Experts also said that without swift measures, Beijing could have become the second Wuhan. With almost 40,000 people already tested, it seems that Beijing has averted becoming another epidemic hotspot.