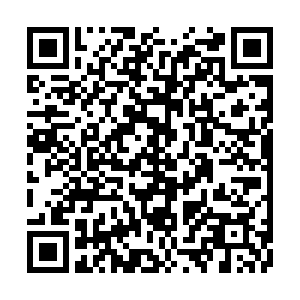 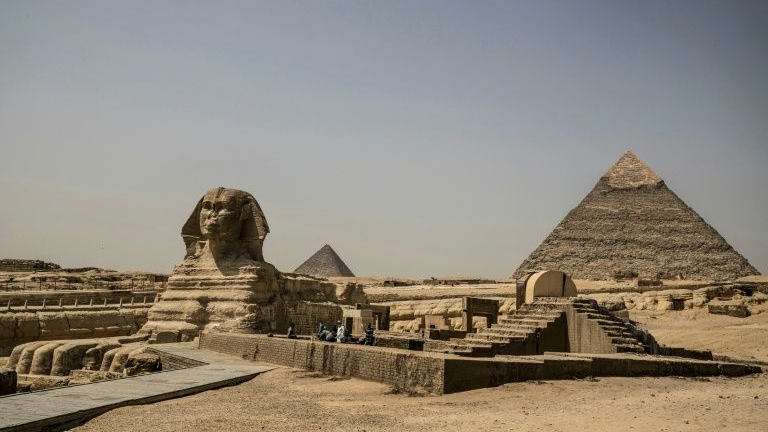 The pyramids at Giza are among the many tourist sites closed to the general public to curb the spread of coronavirus. /AFP

The pyramids at Giza are among the many tourist sites closed to the general public to curb the spread of coronavirus. /AFP

Egypt is gearing up to receive back tourists who have been kept away in the wake of the coronavirus pandemic, said Egyptian Minister of Tourism and Antiquities Khaled al-Anany in an interview with Xinhua on Thursday.

"The North African country will reopen its airports and resorts in the provinces of Red Sea, South Sinai, and Matrouh to the international tourists in an attempt to ease the anticipated recession on the tourism sector due to COVID-19 spread," said al-Anany.

The three provinces were selected because they have coastal open-air cities with warm and dry atmosphere, and they also reported the lowest numbers of coronavirus infections in Egypt, al-Anany said, adding that other tourist destinations such as in Luxor, Aswan, and Cairo will be reopened gradually.

In an inspection tour to Hurghada airport, hotels, beaches, and a museum on Thursday, al-Anany said that "his ministry has established a hygrine system to welcome the tourists in very healthy conditions starting from July 1."

He doesn't expect any country will increase the travel expenses now especially with the world's ongoing financial crisis.

"I have received official requests to resume tourist flows from Italy and Ukraine," said the minister, adding "we are not expecting a high number of tourists for the time being, not only Egypt, but the whole world."

Meanwhile, he expressed optimism over the restoration of the aviation movement as a significant step for salvaging this year's tourism season.

Egypt tourism revenues hit 13 billion U.S. dollars in 2019, highest in the country's history, according to figures released by the Central Bank of Egypt.

"Hotels have ramped up hygiene, archaeological sites have been sanitized and beaches cleaned up," he noted, saying "all we want is to make sure that tourists face no problems when they come to Egypt." 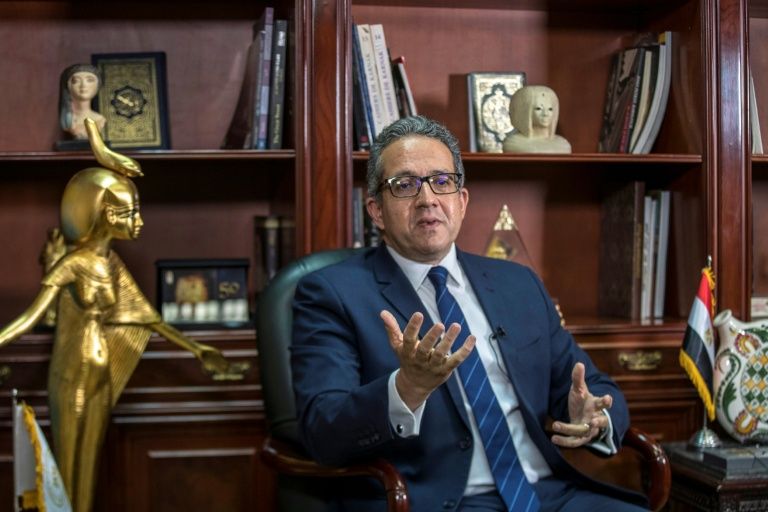 Egyptian Minister of Tourism and Antiques Khaled al-Anany says hotels have ramped up hygiene, archaeological sites have been sanitized and beaches cleaned up. /AFP

Egyptian Minister of Tourism and Antiques Khaled al-Anany says hotels have ramped up hygiene, archaeological sites have been sanitized and beaches cleaned up. /AFP

But al-Anany stressed that they were not in a hurry so as to give priority to the safety of tourists as well as preserving their image as a tourist destination.

Top tourist attractions, such as the Giza pyramids and Luxor's Karnak temple, will also reopen to tourists but with a limited number, with a maximum of ten people at a time, al-Anani highlighted.

He added distancing signs of footprints are brushed on the museum's floors and the visitors will use earpieces connected with tour guides or translators to prevent short distance communication.

Egypt has since March halted air traffic and closed archaeological sites, museums, and hotels to control the spread of COVID-19.

It has in recent weeks started to soft these strict measures by slowly open hotels for domestic tourists and issued hygiene safety certificates to nearly 232 hotels. Currently, hotels are allowed to operate up to 50 percent capacity.

The hotels' facilities are required to provide masks, sanitizers and temperature tests to all guests. The pools are closed and the elevators are limited to 50 percent capacity, al-Anany added.

Egypt's Health Ministry has on Thursday registered around 50,437 COVID-19 cases, including more than 1,938 fatalities.

The tourism industry, a key pillar of Egypt's economic revenues and hard currency, had started to show signs of recovery after years of political turmoil since the 2011 uprising that toppled late president Hosni Mubarak. All recovery plans came to a halt with the suspension of international flights.

Egypt's Minister of Planning and Economic Development Hala al-Saeed said in April that the tourism sector's losses in 2020 could amount to 5 billion U.S. dollars.

The Central Bank of Egypt has allocated 3 billion dollars in loans to support the sector at reduced interest rates of five percent for paying salaries and rent fees of hotels, buses, cruise ships and travel agencies.