The assassination of Palestine
Lionel Vairon 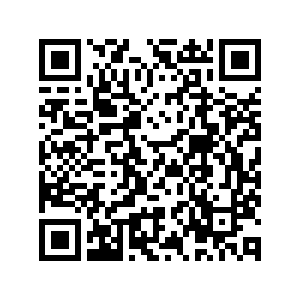 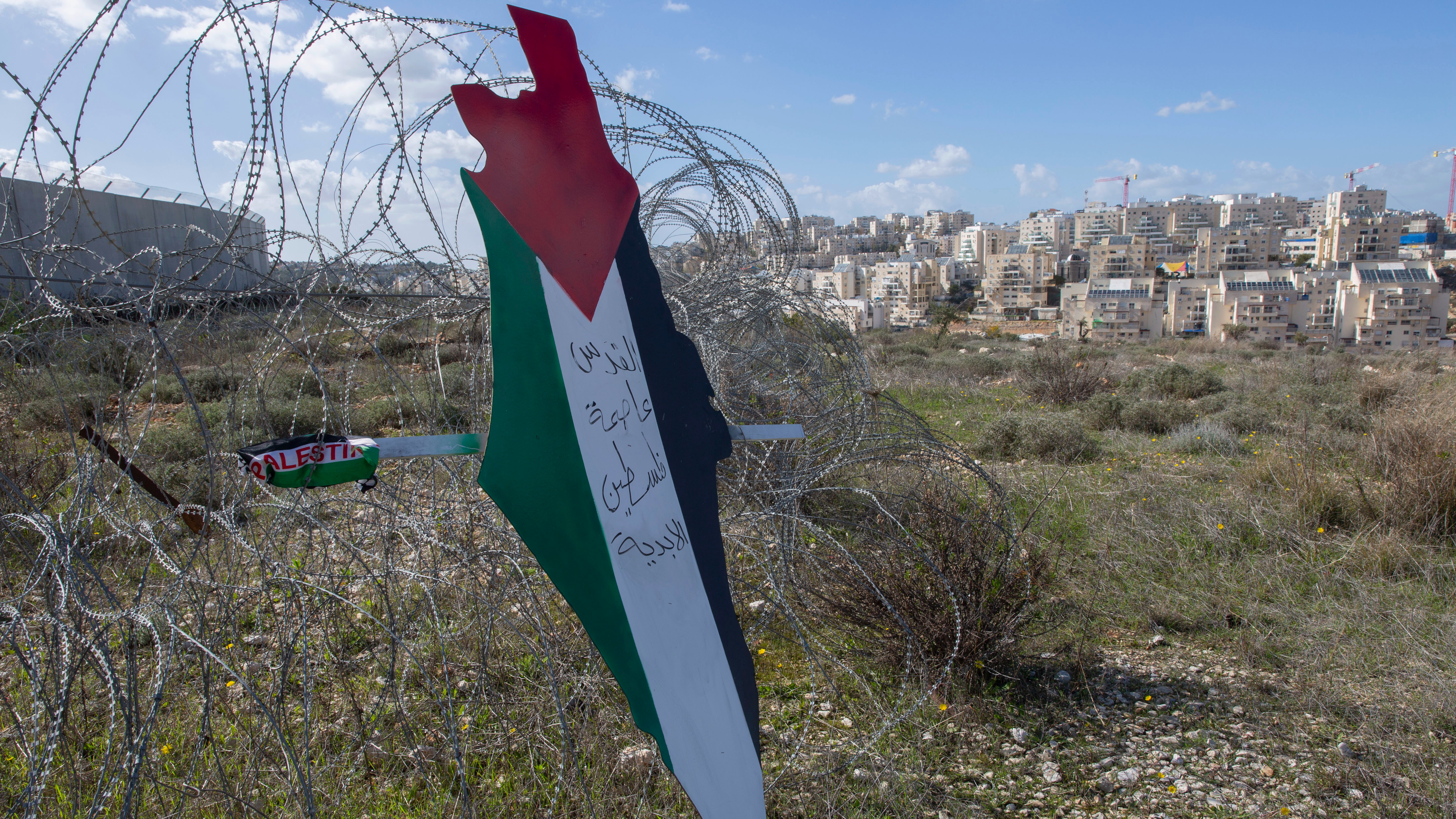 Editor's note: Lionel Vairon is a former French diplomat and university professor; he is also the president of CEC Consulting and senior researcher of Charhar Institute in Beijing. The article reflects the author's opinions and not necessarily the views of CGTN.

The state of Israel has been consistent in displaying its disregard for international law and for the Palestinian people. None of the resolutions voted for at the United Nations (UN) have been respected and the protection conferred by history has preserved it from international sanctions. Taking into consideration the United States' position at the UN, Israel has clearly always had access to a veto power on any resolution deemed upsetting through the U.S. vote.

An inflection appeared in 2016 under the Obama administration when Washington abstained from voting on Resolution 2334 condemning the Israeli colonization of Palestinian territories. However, like many other resolutions, there were no consequences, especially after Donald Trump decided to give his unconditional support to the Israeli regime. The transfer of the U.S. embassy to Jerusalem and the infamous Trump peace plan have put an end to the Palestinian state project, consecrating the Israeli colonization.

The United States have definitively sided with the regime led by Prime Minister Benjamin Netanyahu, currently under investigation for various charges including fraud and bribery, who is determined to use his power to see the Israeli policy of negation of the Palestinian people through to the end.

July 2020 will be a turning point in the Israeli-Palestinian relations, leaving an indelible mark on international law. On July 1, under an agreement of the ruling coalition in Tel Aviv, the Israeli government is planning to launch the annexation process of part of the West Bank, roughly 30 percent of the territory, with the support of the United States. This decision, an advancement of the colonization process in Palestine which has been condemned by the UN, would have a definitive impact on the Palestinian national project.

The annexation would end any hopes for the creation of a Palestinian state benefiting from territorial continuity in the West Bank, all the while definitively burying the already moribund Peace plan, as well as the Oslo accords, with the blessing of the U.S. regime. A regime which, since Donald Trump took office, has been quite clear on its intention to fully back the Netanyahu administration and to pressure Palestinian leaders into accepting Tel Aviv's diktats, a highly unlikely hypothesis.

The annexation of these territories would highlight a truth which specialists and committed politicians' have been aware of for a long time: There is no negotiable solution to the conflict, no peace plan can survive the Israeli will to extend sovereignty to the entirety of the historical territory of Palestine, a intent anchored in both strategic and religious dimensions. 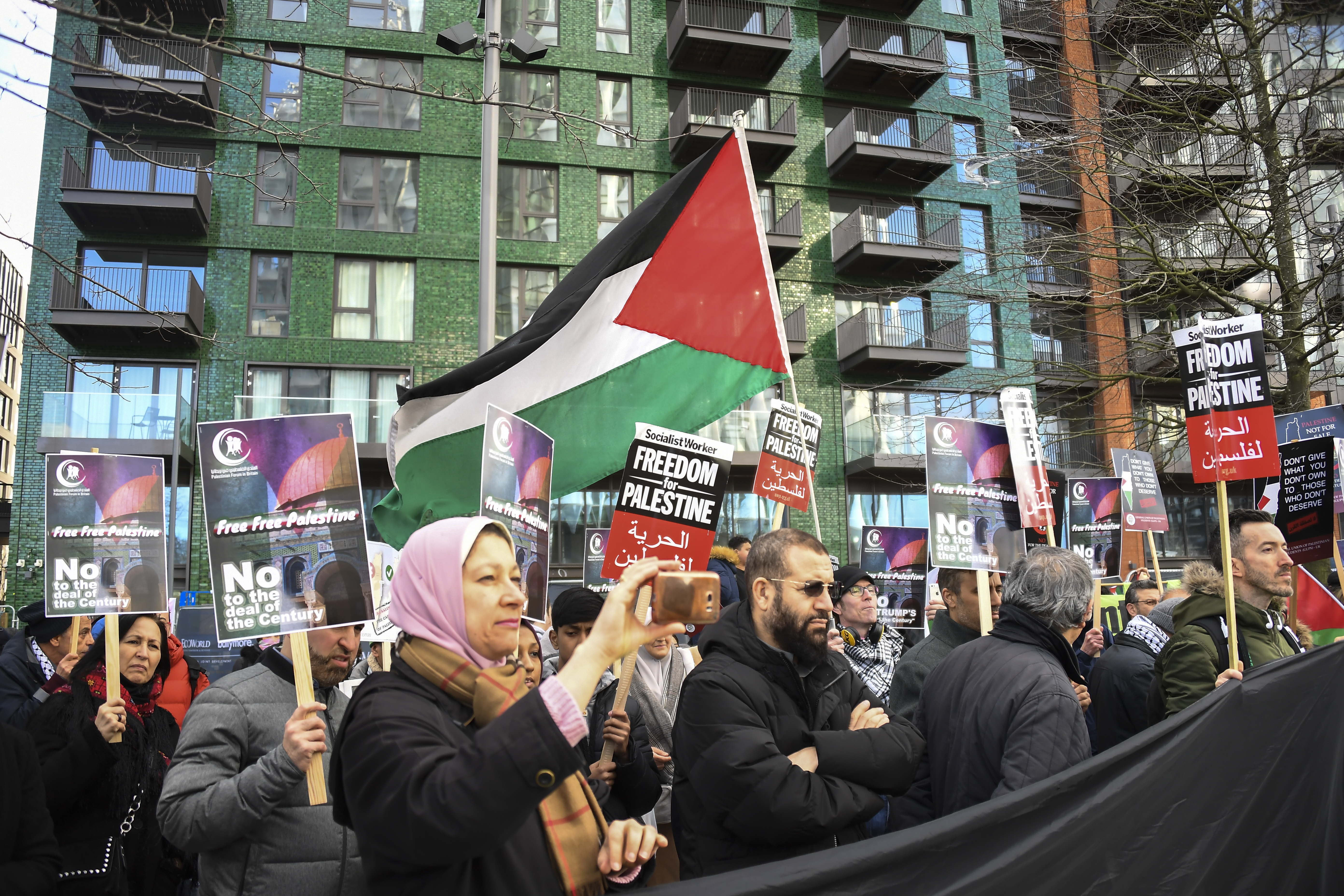 Palestine supporters gather outside the American Embassy, as a protest is held against the proposed peace deal for the Middle East by President Donald Trump, in London, Saturday, February 1, 2020. /AP

Palestine supporters gather outside the American Embassy, as a protest is held against the proposed peace deal for the Middle East by President Donald Trump, in London, Saturday, February 1, 2020. /AP

The remaining questions, if such an event were to occur, would be that of the future of the Palestinian people and the relations between the state of Israel and what is left of Palestine, as well as of the stability in this already troubled region. The Hashemite kingdom of Jordan, the only Arab state with Egypt to have signed a peace treaty with Israel, in 1994, has already warned that it was seriously considering the possibility of denouncing the treaty, recreating a state of latent conflict.

Egypt, on the other hand, has yet to clearly express its opinion, but a denunciation of their March 1979 peace treaty is practicable, despite the importance President Abdel Fattah al-Sisi gives to relations with Israel and the United States. The severing of relations with any of these two partners, or with both, would leave Tel Aviv in an especially uncomfortable situation security-wise, with possible turmoil on the borders and, regarding Egypt, the loss of the Egyptian channel of negotiation with Hamas.

Although the majority of Arab countries have abandoned Palestine to its fate for a long time, despite declarations of faith and financial contributions to the Palestinian Authority, turning a blind eye to this new proof of Israel's refusal to accept the creation of a viable Palestinian state would be difficult. Demonstrations of discontent are to be expected, but the Israeli regime, confident in Washington's support, is well aware that such a situation could not last and that the majority of Arab leaders would quickly resume their muted stance and return to normalcy in their economic relations with Israel.

The European Union (EU), a main actor in world affairs, is concerned about the situation in the region. Josep Borrell, the EU's high representative for foreign affairs and security policy, has already declared that the annexation would not be acknowledged by the 27 members and stressed the importance of international law. Certain European countries, such as France, the Republic of Ireland, Sweden, Belgium, Spain and Luxembourg, have expressed their willingness to consider sanctions against Israel if the latter were to carry out the annexation process.

The EU is Israel's top trading partner, and therefore has some weight in negotiations. However, the decisional process in the EU hints at a passive and cautious posture, as it has been the case with previous violations of Security Council resolutions. Israel indeed wields major leverage on some European countries, recent history having confirmed it, with the reference to the holocaust, one of the main instruments of Israeli foreign policy.

Benjamin Netanyahu's calculation primarily relies on the support of Washington. The annexation process, openly supported by the Trump administration, must be completed before the November U.S. elections. Regardless of the results of the latter, annexation would then be an established fact, like the relocation of the U.S. Embassy to Jerusalem which Joe Biden has already declared he would not move back to Tel Aviv if elected. Despite the current opposition of part of the Democrats, annexation would therefore presumably be acknowledged by a Biden administration. As things stand, the assassination of Palestine is looming on July 1st.

(Cover image: A battered placard of the Palestinian flag with Arabic that reads "Jerusalem is the eternal capital of Palestine," on barbed wire surrounding the Israeli separation wall and the Israeli settlement of Modi'in Ilit, January 31, 2020. /AP)