The pandemic must end our complacency
Bertrand Badré and Yves Tiberghien 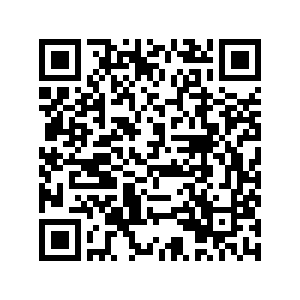 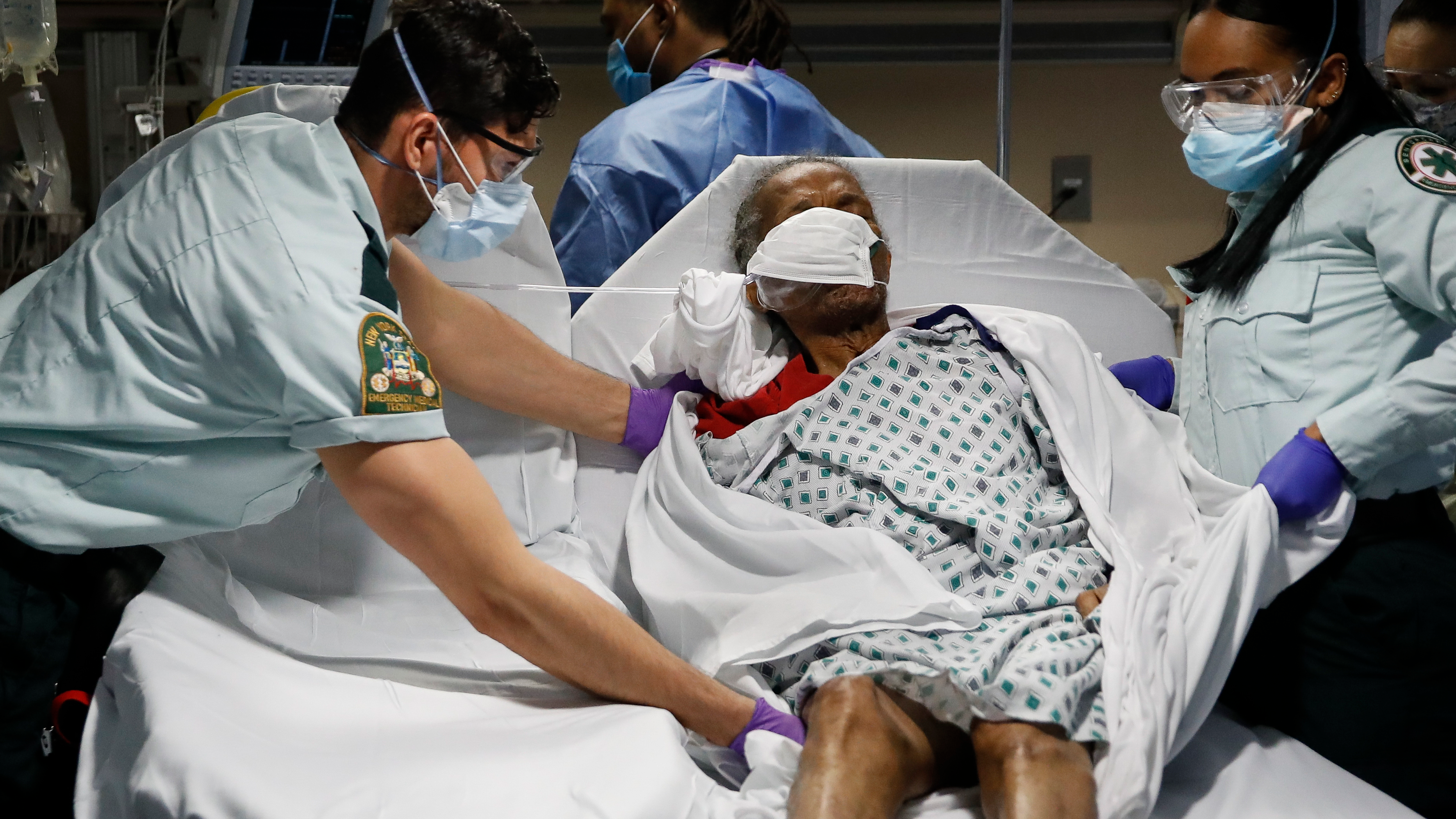 Editor's note: Bertrand Badré, a former Managing Director of the World Bank, is CEO of Blue like an Orange Sustainable Capital and the author of Can Finance Save the World? Yves Tiberghien, co-chair of the Vision 20 Initiative, is Professor of Political Science and Director Emeritus of the Institute of Asian Research at the University of British Columbia. The article reflects the authors' opinions and not necessarily the views of CGTN.

The year is 1914, when Europe spent its summer mobilizing for war. But the description could just as well apply to the summer of 2020. The worst pandemic since the 1918-20 influenza outbreak is rapidly morphing into a systemic crisis of globalization, potentially setting the stage for the most dangerous geopolitical confrontation since the end of the Cold War.

In the space of just weeks, the COVID-19 pandemic has shut down one-third of the global economy and triggered the largest economic shock since the Great Depression. Looking ahead, the most important factor that will shape how this crisis evolves is collective leadership. But that crucial component remains absent. With the United States and China at each other's throats, global leadership will have to emerge from somewhere other than Washington, DC, or Beijing.

Moreover, to pave the way for renewed international cooperation, three myths need to be debunked. The first is that COVID-19 qualifies as an unexpected "black swan" event for which no one could have prepared. In fact, public-health advocates like Bill Gates and epidemiologists such as Michael Osterholm of the University of Minnesota have been sounding the alarm for years about the systemic risks posed by coronaviruses and influenza, as have leading intelligence agencies. 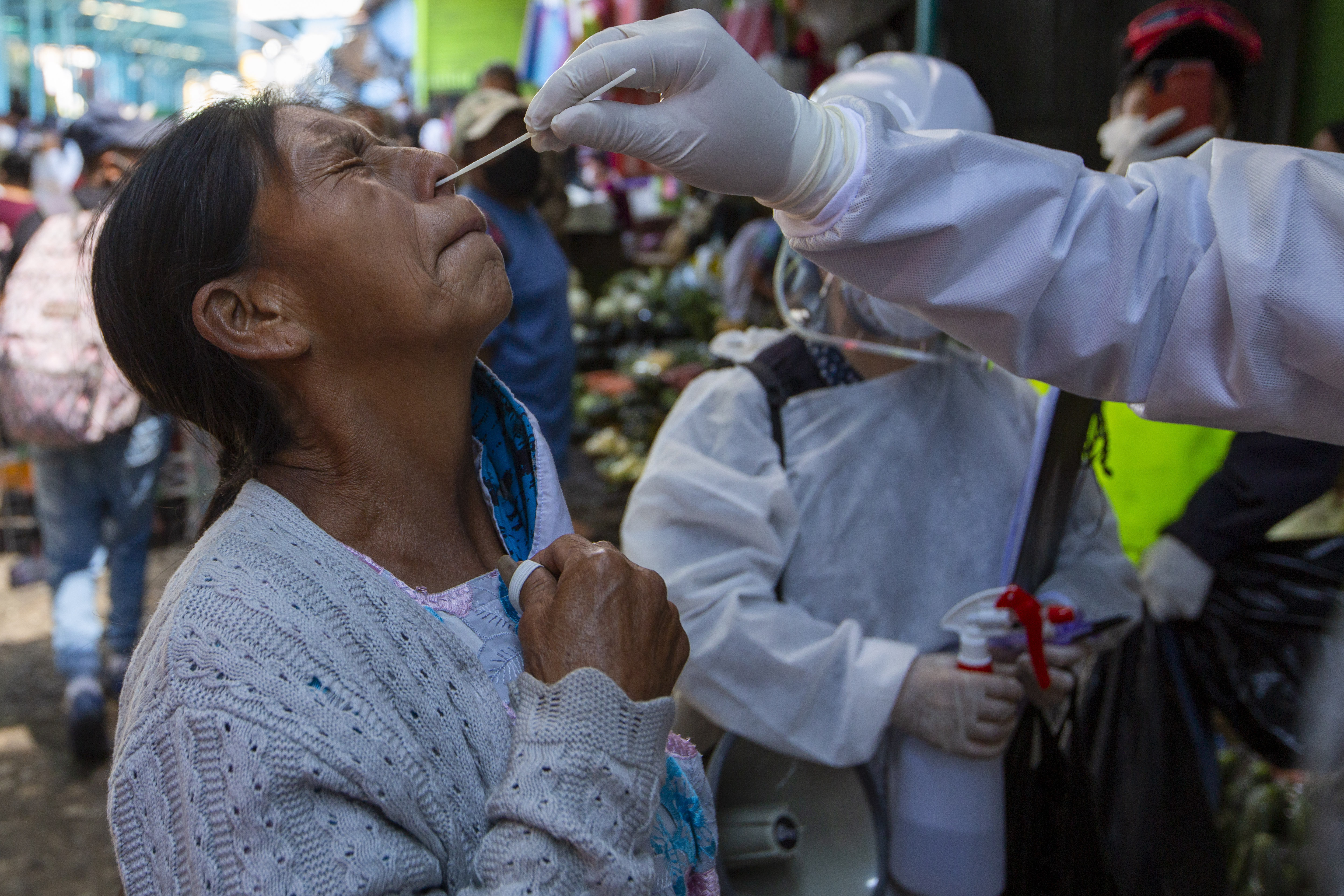 A health worker takes a sample from a vendor to test for COVID-19 at La Terminal market in Guatemala City, capital of Guatemala, May 21, 2020. /AP

A health worker takes a sample from a vendor to test for COVID-19 at La Terminal market in Guatemala City, capital of Guatemala, May 21, 2020. /AP

The sheer depth of the current crisis is the product of our collective failure to think in non-linear terms or to heed scientists' clear warnings. Worse, COVID-19 is probably just a dress rehearsal for the disasters that await us as a result of climate change – especially after we pass the warming threshold of 1.5°C above pre-industrial levels, starting in the early 2030s.

The second myth is that COVID-19 has discredited globalization. To be sure, international air travel did spread the coronavirus around the world much faster than older travel methods would have. Yet globalization has also furnished us with the information, medicine, technology, and multilateral institutions needed to defeat not just viruses, but all other collective threats, too.

Because there is now a global scientific community linked through information and communication technologies, the genome of the novel coronavirus was sequenced and made publicly available by January 12, within two weeks of China's report of a cluster of cases. And now, researchers around the world are sharing their findings in pursuit of a vaccine. Never before have so many people across so many countries collaborated on the same project.

The third myth is that our current policy tools and institutional arrangements can see us through the crisis. In fact, international organizations can mobilize only a fraction of the resources required to contain the virus and its economic fallout. Unless we change how institutions like the World Health Organization operate and do more to leverage the resources of private actors, our expectations will not be met.

The COVID-19 pandemic has come at a critical moment, accelerating a deeper crisis of international cooperation. Resolving both will require significant innovation, and a massive cooperative effort to achieve a stable equilibrium between economic growth and social wellbeing. This will not be easy. Not only must we change our institutions and broader economic systems, but we also must change ourselves.

The agenda we need includes five parts. First, we need to work toward more inclusive leadership at the global level. Given the current difficulties in the U.S.-China relationship, the rest of the G20 must come together to generate new ideas for addressing the crisis in the global trading system, the intensifying zero-sum competition over technology, and the collapse of trust in multilateral frameworks. The European Union, the United Kingdom, Japan, Canada, Indonesia, India, South Korea, and Brazil, in particular, must play a bigger role in filling the leadership vacuum.

Second, we need new multilevel leadership coalitions comprising civil-society organizations, the private sector, think tanks, and others. When the usual top-down leadership is not forthcoming, others must rise to the occasion.

Third, we need to ensure a smooth process of developing and distributing a COVID-19 vaccine. G20 member states must build on their previous pledges to work with the relevant international organizations and willing private-sector partners in creating a platform for delivering a vaccine fast and equitably. This is an unprecedented challenge that demands an unprecedented coalition.

Fourth, we need more firepower to address the looming financial crisis in emerging and developing economies. The International Monetary Fund should immediately issue a new tranche of its Special Drawing Rights, and the Paris Club of sovereign creditors, coordinating closely with China, must address debtor countries' increasingly unsustainable debt levels.

Finally, the international community must start building the coalitions needed to ensure success at the United Nations Biodiversity Conference, and at the UN climate conference (COP26) next year. The world desperately needs more engagement on climate and environmental issues, not least to sever the link between habitat loss and zoonotic-disease outbreaks.

The historian Margaret MacMillan concludes her analysis of the world's march to war in 1914 with a crucial message: "[I]f we want to point fingers from the 21st century, we can accuse those who took Europe into war of two things. First, a failure of imagination in not seeing how destructive such a conflict would be, and second, their lack of courage to stand up to those who said there was no choice left but to go to war. There are always choices."

The costs of inaction today have already been staggering. Rather than simply accepting the collapse of the multilateral system, we must start imagining the new mechanisms of solidarity that this crisis demands.