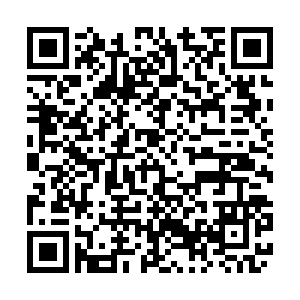 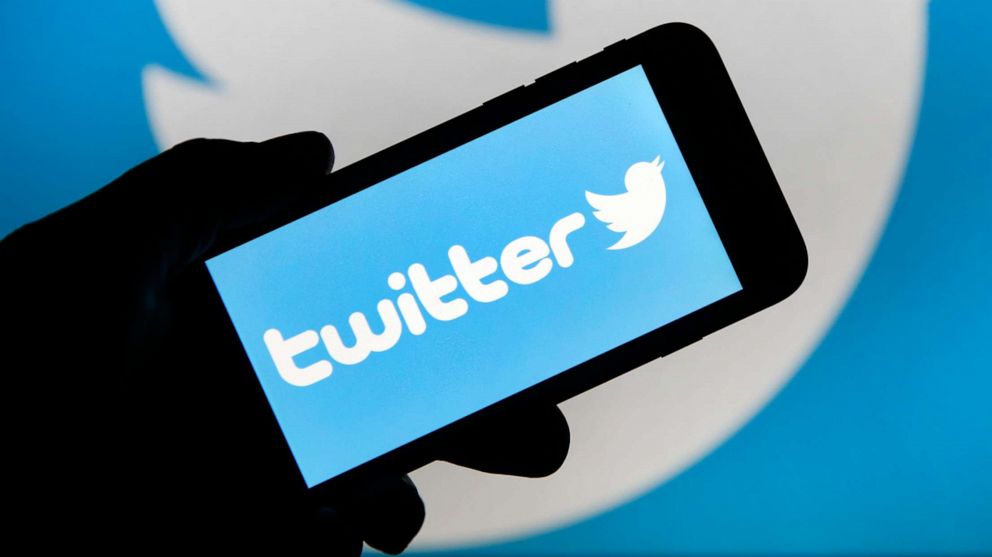 The original video, which went viral on social media in 2019, showed a black toddler and a white toddler running towards each other and hugging. It was published with the headline "These two toddlers are showing us what real-life besties look like" on CNN's website last year.

The clip shared in Trump's tweet first shows the part where one of those toddlers is seen running ahead of the other. At one point the banner reads: "Racist baby probably a Trump voter."

The tweeted video, with more than 7.7 million views and 125,000 retweets, then goes on to show the original video and concludes: "America is not the problem. Fake news is."

"We may label Tweets containing synthetic and manipulated media to help people understand their authenticity and to provide additional context," Twitter said in an explanation of its policies posted on its website. 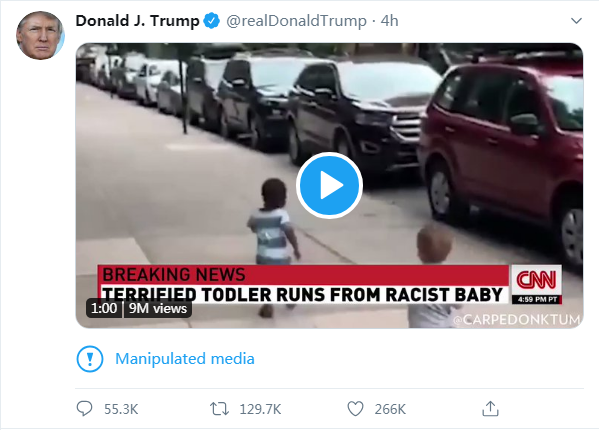 This marks the third time the social media platform has flagged a tweet by the U.S. president. And the company has been under fierce scrutiny from the Trump administration since it fact-checked Trump's tweets about unsubstantiated claims of mail-in voting fraud. It also labeled a Trump tweet about protests in Minneapolis as "glorifying violence."

In response to the scrutiny, Trump said in late May he would propose legislation to potentially scrap or weaken the law shielding internet companies, in an extraordinary attempt to regulate outlets where he has been criticized.

Trump has been battling with Twitter and other tech companies over alleged censorship of conservative voices on social media platforms.

"We don't allow symbols that represent hateful organizations or hateful ideologies unless they are put up with context or condemnation," Facebook's Head of Security Policy Nathaniel Gleicher said at a House intelligence committee hearing.

"That's what we saw in this case with this ad, and anywhere that that symbol is used we would take the same actions."

However, Facebook has steadfastly rejected calls to fact-check politicians including a plea from Democratic White House hopeful Joe Biden to clamp down on what he called rampant disinformation from the White House.

Facebook founder Mark Zuckerberg has said the platform will steer away from moderating political speech but would enforce its rules barring content promoting harm.