U.S. would be biggest loser if Trump follows through on HK threats
Data Speaks 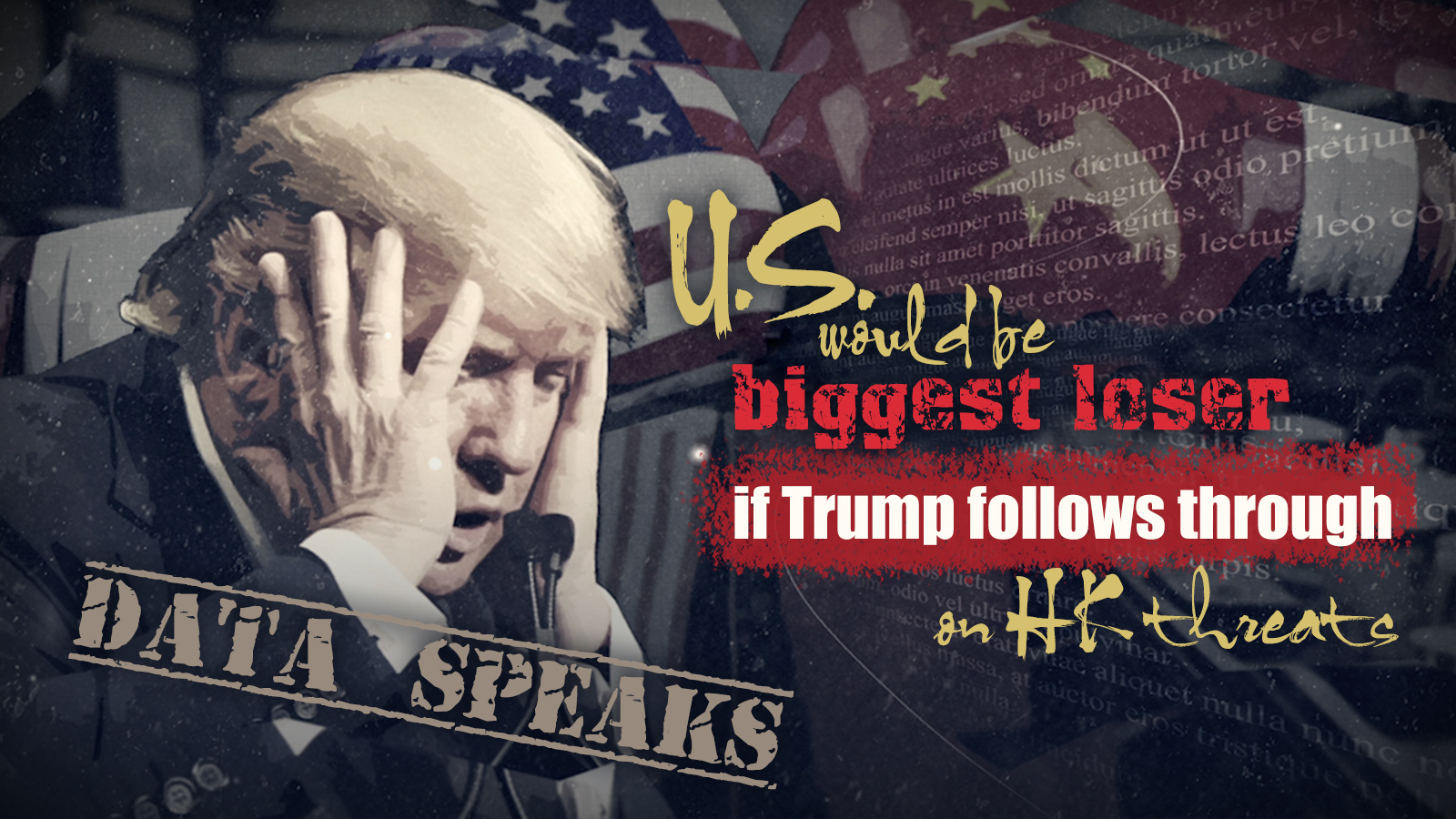 U.S. President Donald Trump announced his intention to "revoke Hong Kong's preferential treatment as a separate customs and travel territory from the rest of China" in response to Beijing's recent move to protect national security through new legislation for the special administrative region. The U.S. may impose tariffs on Hong Kong's exports and impede Hong Kong residents wishing to obtain an American visa.

Trump's plan is intended to punish China. But the U.S. itself may turn out to be the biggest loser from the decision. 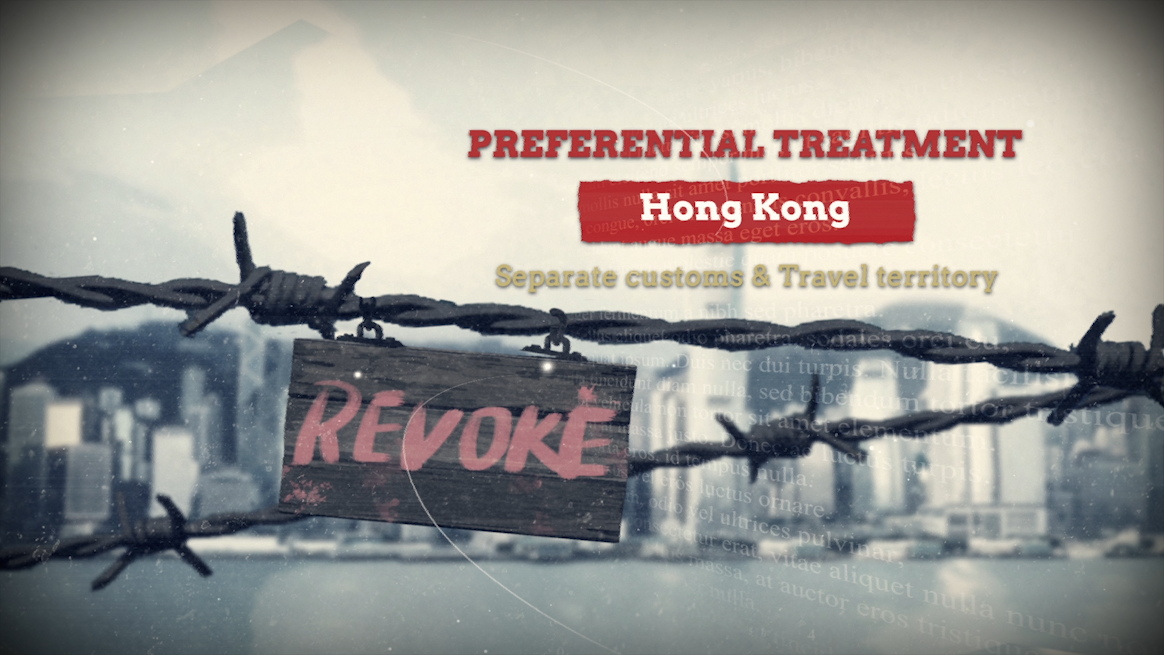 The U.S. share in Hong Kong's global trade stood at only 6.2 percent in 2019. That's compared with the mainland's 50.8 percent, China's Taiwan region's five percent, Japan's 4.4 percent and Singapore's 4.3 percent. Even if the U.S. ends its special trading relationship with Hong Kong, the city still has multiple alternatives. Moreover, Hong Kong's exports to the U.S. made up only 7.7 percent of its total in 2019. This means U.S. new tariffs would exert limited impact on the city.

If Hong Kong retaliates, the world's largest economy could end up losing out. The U.S. has long had a substantial trade surplus with Hong Kong, hitting around 297 billion U.S. dollars between 2009 and 2018. According to Hong Kong's Trade and Industry Department, in 2018 the city was the United States' third-largest export market for wine, fourth-largest for beef and seventh-largest for all agricultural products. Should preferential policies for those goods disappear, American farmers would bear the brunt. 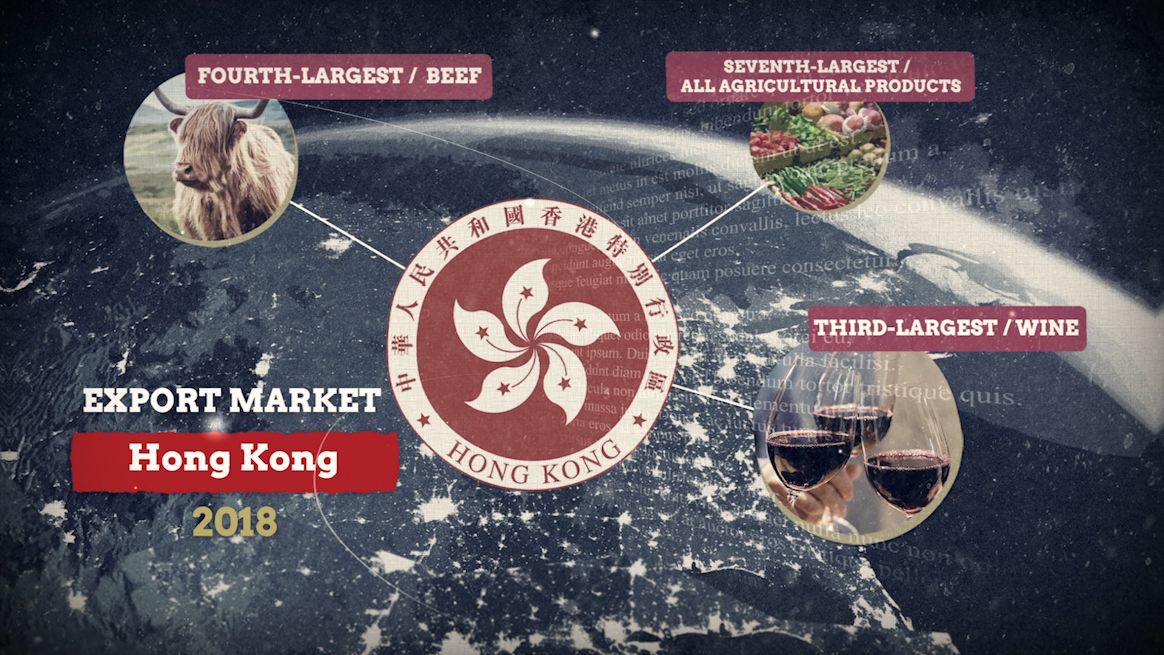 American businesses would also suffer losses. As reported by The Wall Street Journal, the U.S. has more than 1,300 companies, around 85,000 citizens, about 300 regional headquarters and 400 regional offices in Hong Kong. Apple and FedEx are among those operating in the city. These businesses would be the first to be affected if Washington strips Hong Kong of its special status.

Hong Kong's reputation as a global financial hub is mainly a result of policy support from the mainland. It is not granted by the United States. The central government's "One Country, Two Systems" principle has guaranteed a high level of autonomy in Hong Kong. This is the prerequisite to the city's sustained growth. 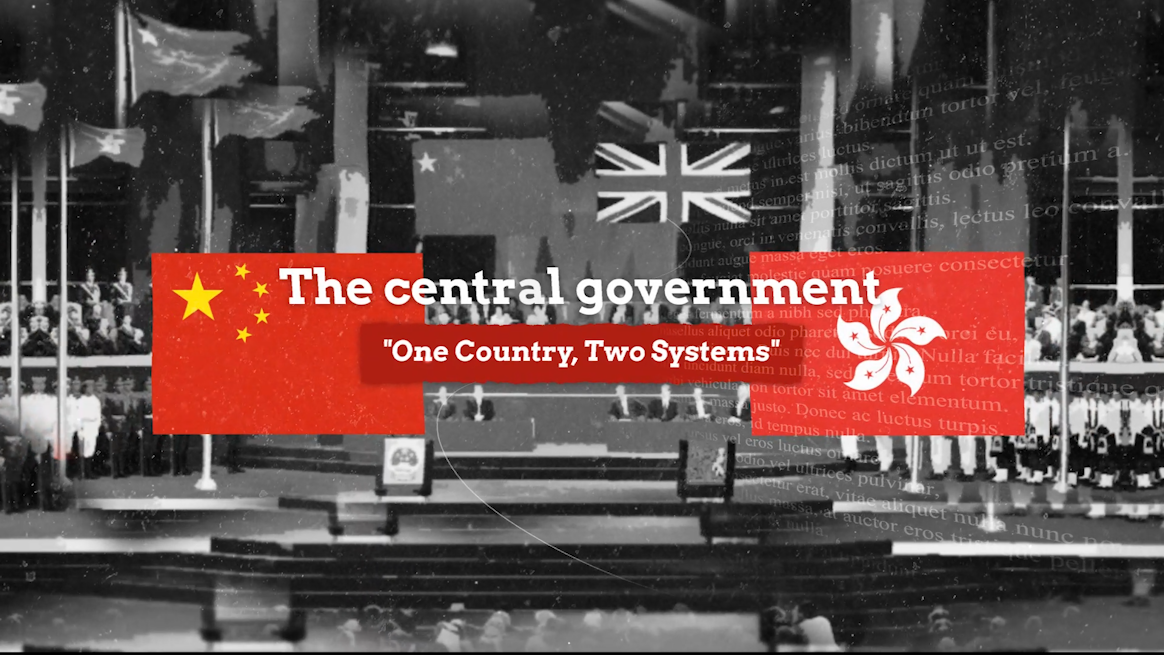 In addition, mainland companies have instilled fresh momentum to Hong Kong's prosperity. According to Xinhua, at the end of 2019, mainland-related firms accounted for more than half of the total enterprises listed in Hong Kong, contributing 73.3 percent of market capitalization and 82.5 percent of turnover.

Trump could undeniably negatively impact the city if he follows through on his threats, but only to a limited extent. It is American businesses and farmers who would suffer the most. Trump should have the wisdom to understand this approach would be self-defeating.