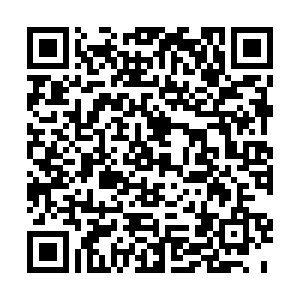 The newly-released anti-terrorism documentary by CGTN explicitly shows the necessity of anti-terrorism and extremism in the Xinjiang Uygur Autonomous Region, Foreign Ministry spokesman Zhao Lijian said at a daily briefing in Beijing on Friday.

The Xinjiang issue is not about human rights or religion but about fighting against terrorism and separatism, and the documentary proves the necessity of anti-terrorism measures with specific cases and the enormous efforts made by the Chinese government, Zhao told reporters.

The measures fighting terrorism and extremism are legitimate and they have curbed rise of terrorism in the region, he said.

"Over the past three years and more, there has not been a single violent terrorist case in Xinjiang. People of different ethnic groups and religious beliefs in Xinjiang live together as equals, enjoy unity and harmony, and lead a peaceful and stable life. China's policy in Xinjiang has been positively recognized across the international community."

Zhao also denounced U.S. interference in China's internal affairs and voiced stern objection to such action. He said the U.S. applies double standards when it comes to China's effort to combat terrorism and attempts to stigmatize Xinjiang government.

The Xinjiang Uygur Autonomous Region is part of China and the Chinese government will firmly defend China's sovereignty and territory integrity and Xinjiang's peace, stability and prosperity, he added.

The black hand — ETIM and terrorism in Xinjiang