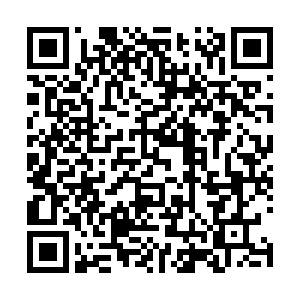 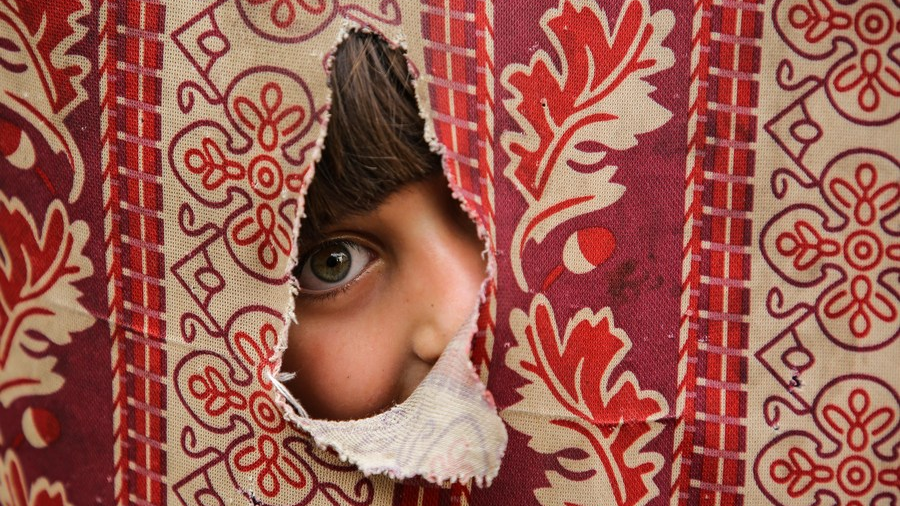 A Palestinian child looks through a hole in a blanket in the Shati refugee camp in Gaza City, June 7, 2020. /Xinhua

A Palestinian child looks through a hole in a blanket in the Shati refugee camp in Gaza City, June 7, 2020. /Xinhua

Editor's note: Stephen Ndegwa is a Nairobi-based communications expert, lecturer and scholar at the United States International University-Africa, author and international affairs columnist. The article reflects the author's opinions and not necessarily the views of CGTN.

A popular English saying goes: "East or West, home is best." Sadly, this usually rings hollow in the ears of the 79.5 million people who, at the end of 2019, had been forcibly displaced globally out of their own free will, having relocated from their original homes in search of a safe haven.

The statistics above from the United Nations High Commission for Refugees (UNHCR) representing one percent of the world's population shows that this number includes 26 million refugees, 45.7 million internally displaced people, and 4.2 million asylum seekers.

Although the world's refugee situation is quite dynamic, there are certain discernible trends that can be pointed to the underlying causes that force people to abandon their homes and countries.

For instance, 80 percent of the world's displaced people reside in countries or areas affected by acute food and nutritional deficiencies, 73 percent are hosted in neighboring countries, and 68 percent originate from just five countries.

Furthermore, 40 percent of the world's displaced persons are children, while 85 percent of refugees are from developing countries. This is just half of the litany of woes spelled out by the UNHCR, but it establishes a pattern of vulnerability. It bespeaks of a situation that encompasses clusters of victims of various circumstances, living at the mercy of forces they cannot control.

As celebrations marking the annual World Refugee Day get underway on Saturday, it is time to rethink the status of refugees, and the factors that still keep millions of people involuntarily away from home. While physical harm from persecution used to be the main reason people fled from home, new factors are at play in the 21st century.

For example, about a third of the world's immigrants living in developed countries are actually economic refugees. People fleeing from conflict are usually motivated to seek places where they can make a total makeover of their lives, mainly economically. The ones who can afford it pay with all their possessions to take the risky transition to a new life.

In October 2019, the International Organization for Migration (IOM) reported that 76,558 migrants and refugees entered Europe by sea, resulting in 1,071 deaths in the perilous journey particularly in the Mediterranean. The mortality rate of people while attempting to cross to Europe increased in the year, with one in 29 persons perishing at sea. 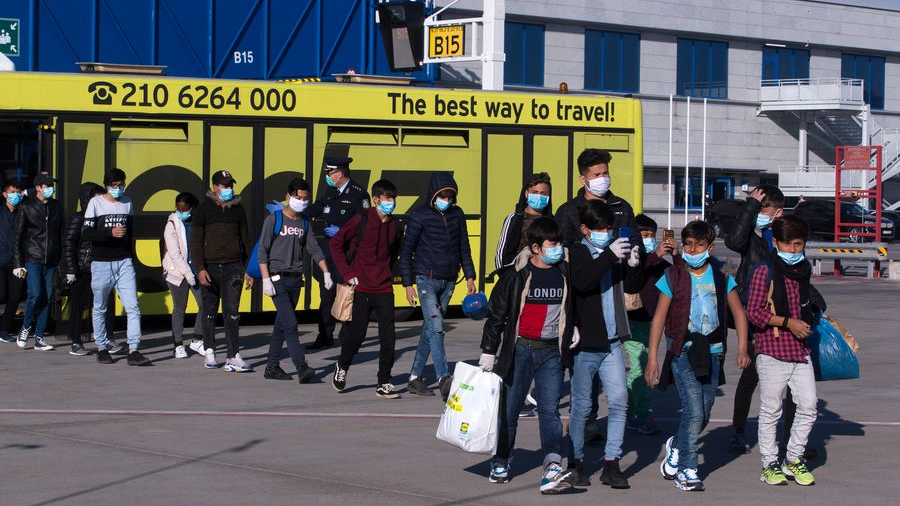 A group of refugee children from the reception camps of the Aegean islands leave a shuttle bus to board an airplane to Germany, in Athens, Greece, on April 18, 2020. /Xinhua

A group of refugee children from the reception camps of the Aegean islands leave a shuttle bus to board an airplane to Germany, in Athens, Greece, on April 18, 2020. /Xinhua

IOM also revealed that in the same period, over 514 migrants died in the Americas, with half of the deaths recorded at the U.S.-Mexico border. In recent years, Venezuela has been the poster boy for the global refugee crisis, with more than four million people fleeing the country's socio-economic crises since 2015.

The Horn of Africa was the epicenter of the world's refugee crisis during the heydays of civil unrest in the region post-independence. In recent years, however, extended drought, floods and subsequent food insecurity in the region has reignited the crisis, leading to displacement of millions of citizens particularly from Somalia and Ethiopia.

For a couple of decades, the UNHCR's Dadaab refugee camp in Kenya has been home to millions of refugees in the East and Central African region, majority from Somalia and South Sudan. Although the refugee agency has met a substantial amount of the camp's budget, the strain on Kenya's resources has occasionally spiraled out of control. Some refugees have also been blamed for major incidents of insecurity in Kenya.

The humanitarian crisis in the foregoing scenario has been caused by debilitating socio-economic, political and climatic conditions in the refugees' home countries. Similarly, in many cases, there has been little or no respite for refugees in the host countries, with the latter often becoming overwhelmed by the crisis.

Caught in between a rock and a hard place, women and children have particularly borne the brunt of living on the edge. Therefore, this dual demographic needs to be incorporated in both national and international conflict resolution programs and policies in order to sensitize all players of the dire consequence of their actions.

The UNHCR needs to play a bigger role in helping to stabilize countries with the highest number of refugees. While refugees have been in existence for eons, it is now possible to stem the tide through a concerted effort aimed at ensuring flexible and all-inclusive systems of governance.

This would also create a favorable environment for the returning of refugees to their countries of origin, something which many of them actually look forward to. For instance, thousands of South Sudan refugees who fled to neighboring countries at the height of the civil war in Sudan have returned home after South Sudan became an independent republic in 2011.

Still, refugees do not have to be a curse or a burden. Many countries have benefited tremendously from foreign talent that sought refuge within their borders. If offered the necessary support, refugees can contribute significantly in various critical sectors in their adopted countries, or even acquire invaluable skills they can use to help their own countries out of their predicament.