A world of regrets: Republicans turn their backs on Trump
Liane Ferreira 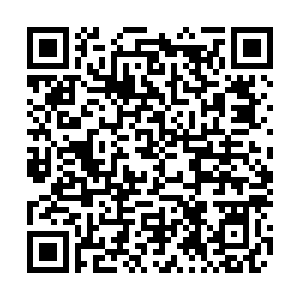 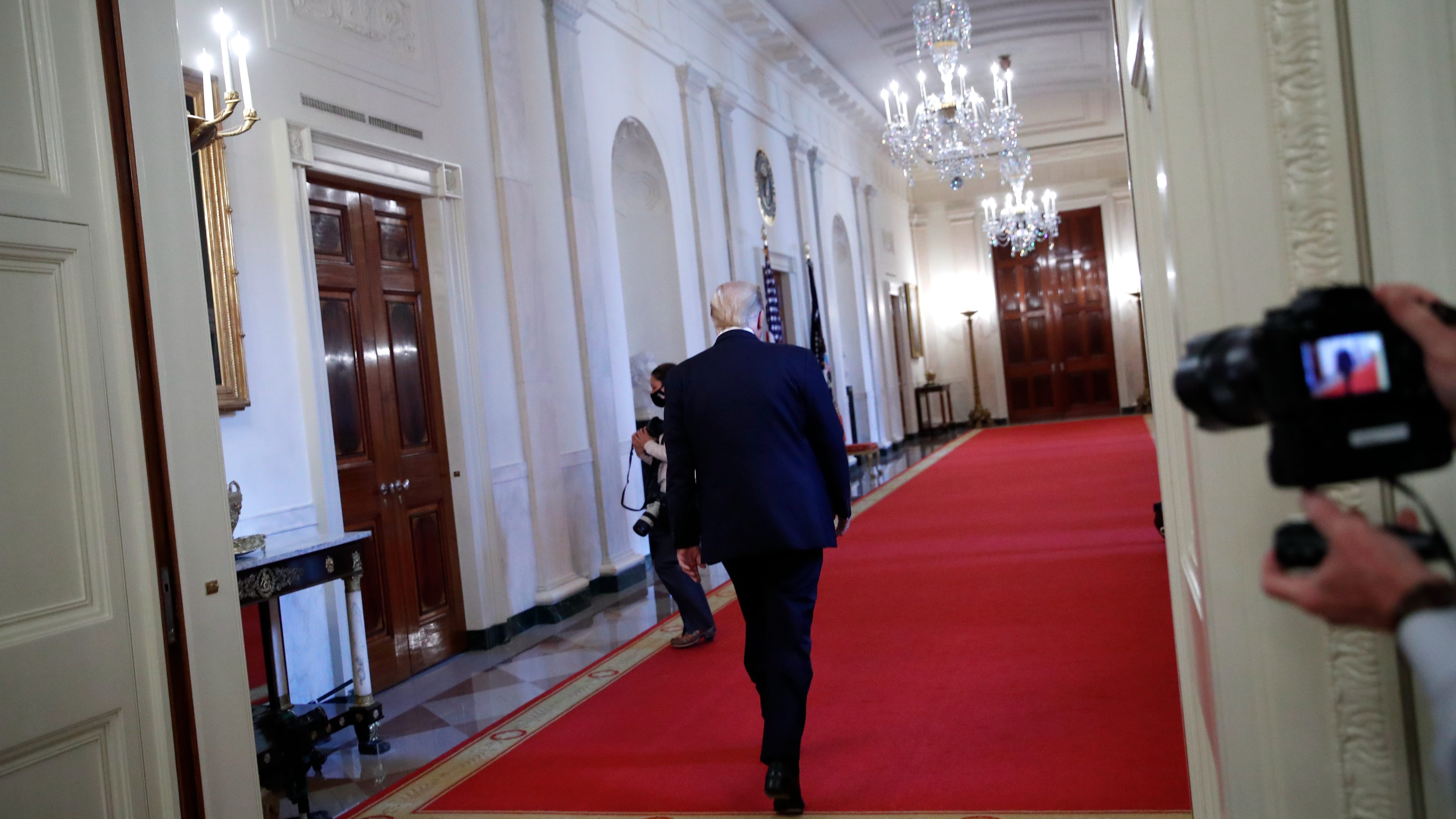 Personal statements in confessional tones. Republicans that now regret voting for Donald Trump in 2016 are taking a stand and even backing Democrat candidate, Joe Biden.

According to the latest Reuters/Ipsos poll, 48 percent of registered voters said they would back Biden in the November 3 election, while 35 percent said they would support Trump. This means a 13-point advantage over the president and the widest margin this year. Ipsos noted that the president's approval rating "is beginning to show a consistent downward trend since it reached its high point for the year in early April (45 percent)."

"Up until now I have always voted red! But this man can no longer be allowed to run this country," said David Sr. in the "I regret voting for Donald Trump in 2016" community on Facebook.

With around 11,600 followers, the group created right after the election in November 22, 2016 doesn't allow insults or attacks on "regretters." "The page is based on supporting one another and uniting in a positive way to help make this country 'great again,' after Trump does his damage," says the pinned message.

The community administrator, who asked to remain anonymous, confesses he didn't vote for Trump or Hillary but was motivated to know how many people regretted their decision and how long it would take for them to realize that they were "conned" by Trump. 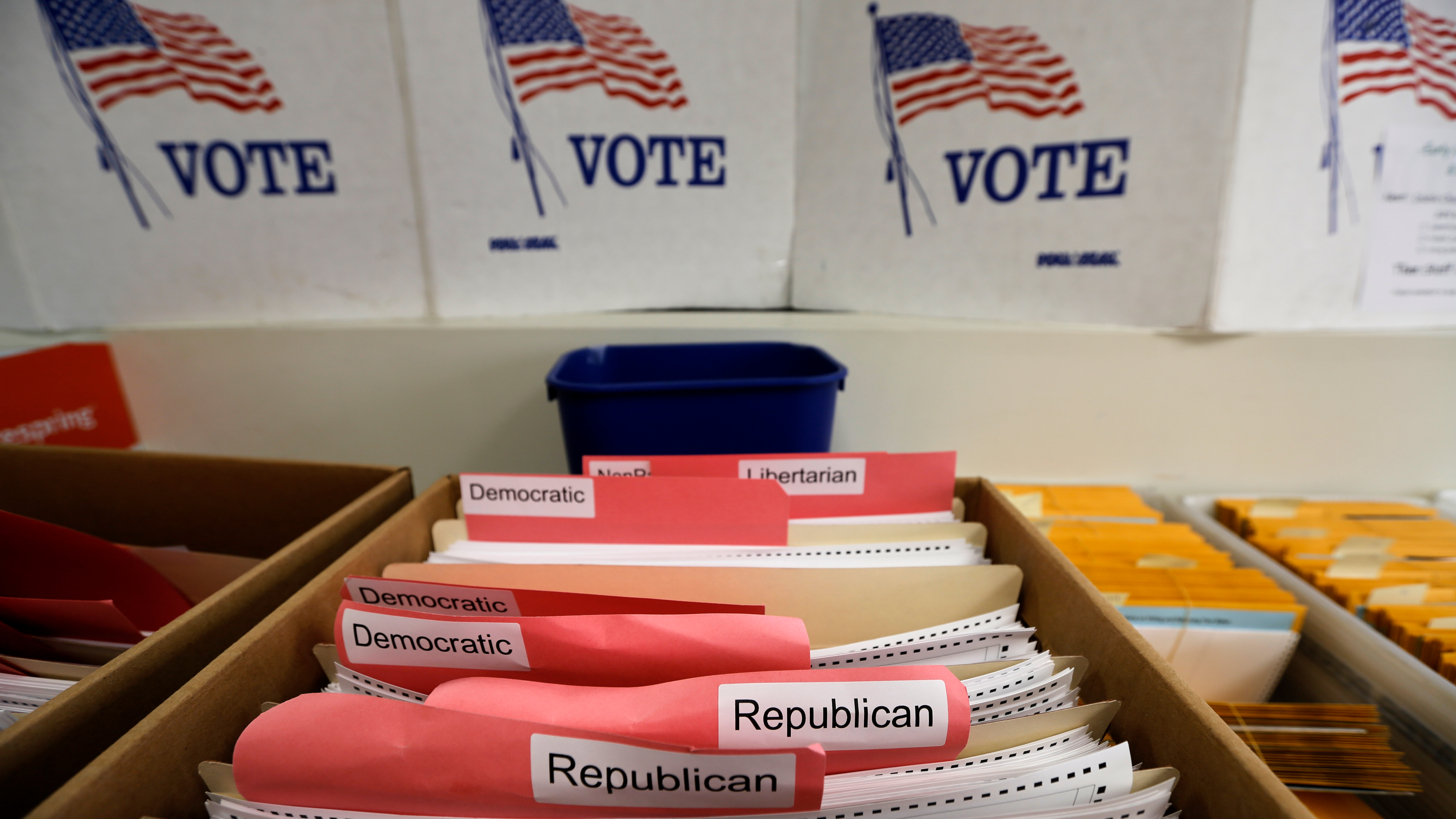 Ballots for the primary elections in Nebraska, April, 2020. /AP

Ballots for the primary elections in Nebraska, April, 2020. /AP

"People seem to be turning on him because of the way he has behaved during the pandemic, but mostly because of the economy," the administrator told CGTN Digital, lamenting that it seems a reaction more connected to people's wallets.

But those might not be the only two reasons affecting the way voters feel about their past decision. Looking back to the community evolution, the handler recalls seeing an increase of members "when kids were being caged and abused at the Mexican border."

"I think he has only lost moderate and independent supporters. He'll never lose his core base, but he needs a lot more than just them to win. I think he's lost those people, so he's going to lose big," he said.

Moving to Twitter, at the "Republicans for Biden" page, the same feelings are very much alive. "Trump is the most embarrassing and scary person we've ever had in charge," said alleged registered republican Leslyn Negron.

A few posts down, Robin Chimino, another long-time Republican, admitted: "My deepest life regret was that vote. I woke up when he started putting kids in cages. Never again."

This Twitter handle was created in January this year and already has around 33,000 followers. 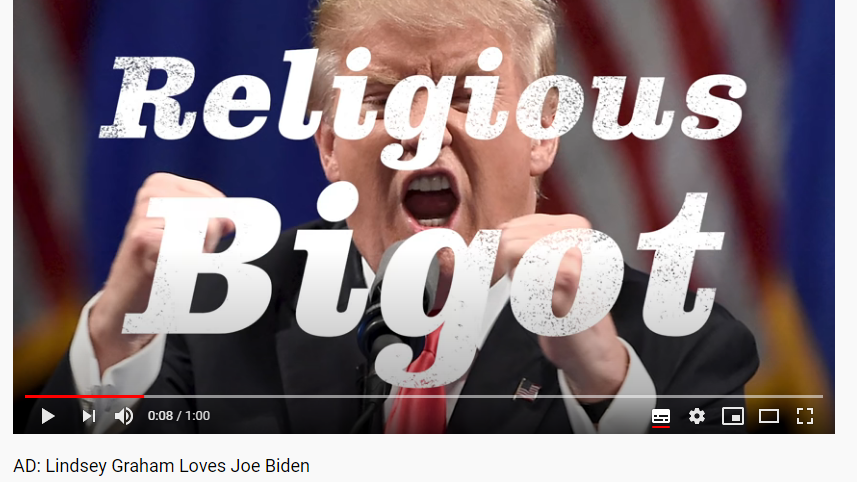 But it's not only regular Republicans turning their backs on Trump. "Republican Voters Against Trump" (RVAT) and "The Lincoln Project" are taking over the criticism stage more and more, voicing their support for Joe Biden and slamming the president in TV ads.

With Sarah Longwell as the strategic director and Bill Kristol as a founding director, the RVAT, according to its website, "is a coalition of Republicans, former Republicans, conservatives, and former Trump voters who are not supporting Trump in the fall election." Only a quick visit is needed to see the almost never-ending listing of personal statements from Republicans admitting to wanting Trump out of the Oval Office.

"There are millions of voters who used to be reliable Republicans but are disgusted by the Trump administration. (…) No matter the reason, they are united in wanting the country to move on from this deeply un-American presidency," reads the RVAT statement. 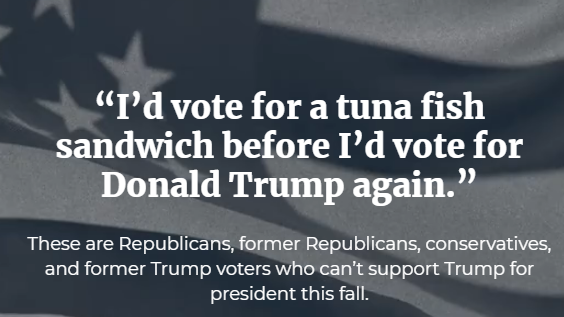 Longwell is a conservative from a Republican family in Pennsylvania and also a "Never Trumper." This is a faction in the GOP that refused to accept Trump as the head of the party. In her fight within the party to put an end to his mandate, she joined hands with neoconservative Kristol, who tried to find an independent candidate to run against Trump in 2016.

In their latest ad, RVAT puts the focus on Republicans in Oklahoma, where Trump is leading his first campaign rally this Saturday, since the emergency state was implemented. The event is a possible "super spreader" for the new coronavirus, and the campaign organizers are even asking attendees to sign waivers saying they won't sue Trump if they get infected.

But one of the most viewed is"Lindsey Graham Loves Joe Biden." Hailed as "perhaps the greatest campaign ad ever," by Harvard economics professor Greg Mankiw, cited by Marketwatch, the video features footage of Senator Lindsey Graham from 2015.

The firm Trump supporter appears criticizing the president as "a race-baiting, xenophobic religious bigot," followed by him praising Joe Biden "as good a man as God ever created" in an interview with the Huffington Post.

In the flip-flopping world of politics, Graham's change of heart couldn't go unnoticed for long. 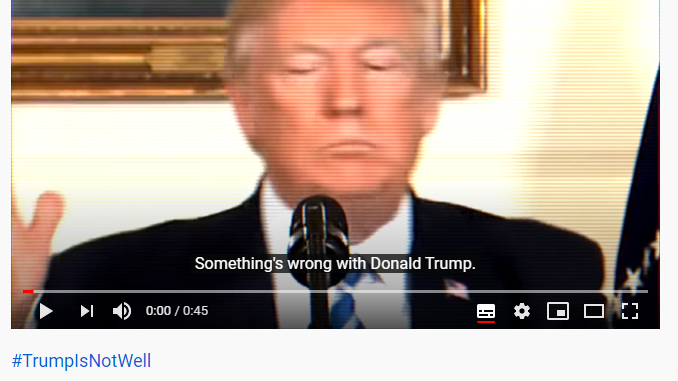 Screenshot of The Lincoln Project ad "Trump is not well."

Screenshot of The Lincoln Project ad "Trump is not well."

The end of Trumpism at the hands of Lincoln

As for The Lincoln Project, this super political action committee (PAC) is getting some hot reactions from Trump, who even went on a Twitter rant, calling it "a group of RINO Republicans who failed badly 12 years ago, then again eight years ago, and then got BADLY beaten by me, a political first timer, four years ago."

The Project takes the name of President Abraham Lincoln who "led the United States through its bloodiest, most divisive and most decisive period of our history."

"Today, we find ourselves divided again (…) President Donald Trump and those who sign onto Trumpism are a clear and present danger to the Constitution and our Republic," the group says on their website.

Created by the end of December 2019, The Lincoln Project counts with high-profile Republicans. George Conway, lawyer and husband of senior White House counselor Kellyanne Conway, might be one of the most known, since he also takes to Twitter and news outlets to openly criticize the president, doing the exact opposite of his wife.

Late Senator John McCain advisors, John Weaver, Steve Schmidt, and Rick Wilson are also part of this group. Wilson published "Everything Trump Touches Dies" in 2018 and then this year the sequel, "Running Against the Devil," where he advises democrats on how to fight Trump.

In an interview with The Guardian, he said that to beat Trump, the Democrats must make the election a referendum on the president and forget "purity" because Trump will play dirty. 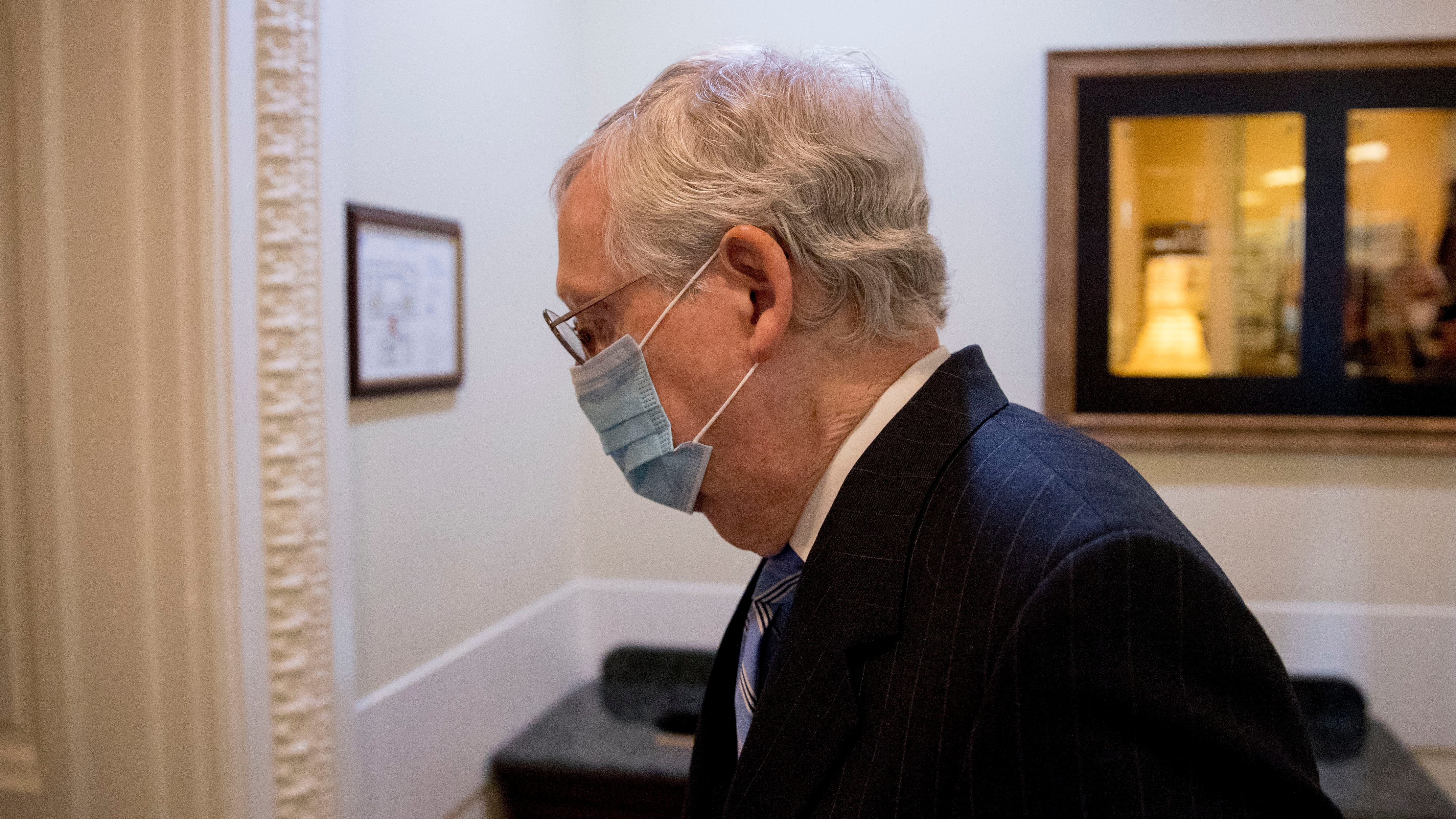 The group has targeted Senator Mitch McConnell, a supporter of the president, for"making deals for himself – not so much for Kentucky" in a more than 300,000 U.S. dollars ad, according to the Courier Journal; and even Trump's health – "He's shaky, weak, trouble speaking, trouble walking. So why aren't we talking about this?"

In another ad highlighting President Eisenhower and how he was prepared to take responsibility if D-Day landings failed, the project puts the spotlight on Trump's comments at the beginning of the pandemic in reaction to the delay in COVID-19 testing: "I don't take responsibility at all."

"Great leaders prepare for every eventuality. The hope for the best, but they prepare for the worst," the spot, which costed half a million dollars to run, says.

Other Republicans well-known to the public like former President George W. Bush, Senator Mitt Romney, who took part in a Black Lives Matter rally, and former Secretary of State Colin Powell have admitted to not voting for Trump.

Considering that Trump didn't win the popular vote in 2016, the question of his reelection seems to lay not on average voters – not Electoral College delegates – but other interests that the president has tried to keep satisfied like the big corporations and the stock markets.