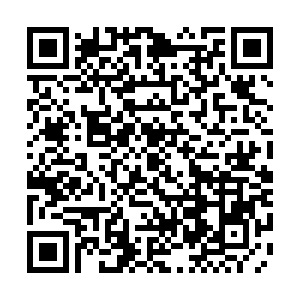 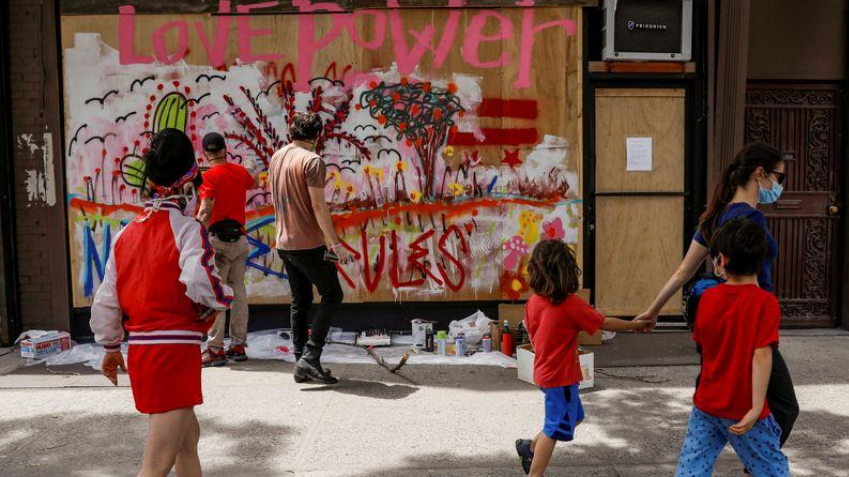 The effort is headed up by artist Sono Kuwayama, best known for her installations employing painting, sculpture and video, who lives in lower Manhattan's Bowery Street neighborhood, a once dingy area gentrified into a bustling, upscale section by the opening of galleries and shops.

"It's been so depressing around here, you know, to walk out and just see all this plywood," she said.

The plywood went up after looters disrupted otherwise peaceful protests following the May 25 death of George Floyd in Minneapolis police custody.

Kuwayama said she was looking for a way to contribute in the best way she could, through her art.

"I just want someone to smile, you know, to walk by and just smile because it's something that's beautiful and lights up their ... their soul or their heart," she said.

Kuwayama went around her neighborhood and asked managers of boarded up stores for permission to paint. She then assembled a team of local artists, many of them eager to leave their four-month lockdown confinements and create outside with their own supplies. 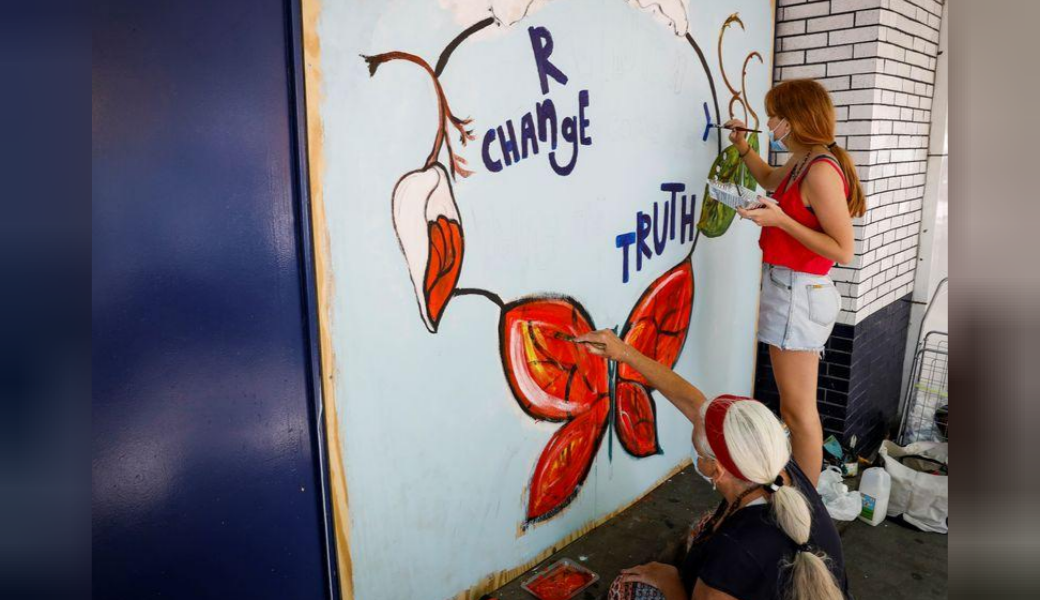 "So, on Monday was the first mural," Kuwayama said. "On Tuesday, I painted one, and now it's Wednesday, and now I've got a bunch of people out today, so I'm hoping this momentum can keep going.”

"I'm painting a countryside scene, because, I mean, when the pandemic started, I immediately just I craved space," Hudson said. "So, I want to kind of give people some space.”

The response has been enthusiastic.

"I think it's great," said Aaron Perez, a building manager, who let Kuwayama and her team paint boards on his building. "It gives people and artists something to do and to work on. And who knows, maybe we can preserve these later and have a gallery and remember this time in a different way.”

When the boards eventually come down, Kuwayama's plan is to store the art in a gallery, and later sell it, donating the proceeds to local homeless shelters.