Highlights of the draft law on national security in HKSAR
CGTN 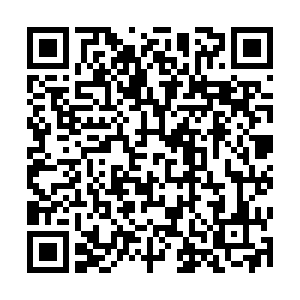 China's top legislature has reviewed a draft law on safeguarding national security in the Hong Kong Special Administrative Region (HKSAR). The draft law was submitted for deliberation to the Standing Committee of the National People's Congress at its session from June 18 to 20.

Li Zhanshu, chairman of the NPC Standing Committee, pointed out that the legislation is a major measure to uphold and improve "One Country, Two Systems", and a fundamental solution to ensure Hong Kong's long-term prosperity and stability.

Chief Executive of HKSAR Carrie Lam responded that the HKSAR government gives its full support and will perform its duty to ensure the effective implementation of relevant laws in Hong Kong, adding that the legislation will not harm the legal system of the region and its capitalist system.

Where the local laws of the HKSAR are inconsistent with this Law, the provisions of this Law shall apply and the power of interpretation of this Law shall be vested in the Standing Committee of the NPC, according to the draft law.

Key points of the draft law

- It clearly stipulates the important principles of the rule of law that the HKSAR should abide by in safeguarding national security, such as ensuring human rights protection.

- It clearly stipulates that the HKSAR shall establish and improve relevant institutions and functions for safeguarding state security.

A national security committee shall be established in the HKSAR, which takes the responsibility of safeguarding national security affairs in the region, and be subject to supervision and accountability of the Central People's Government.

The committee shall be chaired by the Chief Executive, according to the draft.

- It clearly stipulates four types of crimes and penalties against national security: Secession, subversion of state power, terrorist activities and collusion with foreign and external forces to endanger national security.

- It clearly stipulates that the Central People's Government shall establish a national security office in the HKSAR.