More than 40,000 arrested for curfew breach in Thailand: Police
CGTN 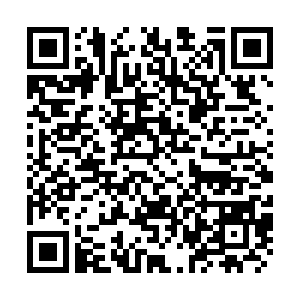 Thai police officers are seen at a checkpoint after the country imposed a nationwide night curfew, Bangkok, Thailand. /Reuters

Thai police officers are seen at a checkpoint after the country imposed a nationwide night curfew, Bangkok, Thailand. /Reuters

Thai police on Friday released a report indicating that more than 40,000 people were arrested for defying the night curfew, which was intended to curb the spread of COVID-19.

Over the course of 72 days, which began on April 3 and ended on June 14, a total of 41,941 violators were apprehended nationwide – an average of 582 per day, according to Pol Lt Gen Piya Uthayo.

Piya said out of the 41,941 violators, 37,358 were caught outside their homes during curfew hours without permission or good reason.

"The rest of the offenders said they were about to head home or that they had emergency business to deal with after curfew hours," said Piya. "For example, one common excuses for breaching the curfew was that one of their family members fell ill during the curfew hours, and had to go out to see help."

On June 15, the Thai government had completely lifted the night curfew as the number of new COVID-19 cases domestically had fallen flat since the middle of May. Before the lifting, police, army and other security forces had set up 421 checkpoints across the country to enforce the night curfew.

Citizens who violate the 10 p.m. - 4 a.m. curfew would be sentenced to one month in jail and a fine of 30,000 baht each. The night curfew includes exceptions for people transporting medical supplies and health workers traveling to and from work.

The Southeast Asian nation of about 70 million people was the first country outside China to report a case of coronavirus, on January 13, and has been a relative success story in containing it, with just 3,146 confirmed cases and 58 fatalities. Some 2,987 patients have recovered.

Officials have credited Thais' early adoption of wearing masks – ubiquitous in public since January – as well as its border closure, shuttering of many business and the curfew for the retreat of the new virus that has infected 8.6 million worldwide and killed more than 460,000.

( With input from Xinhua and Reuters )