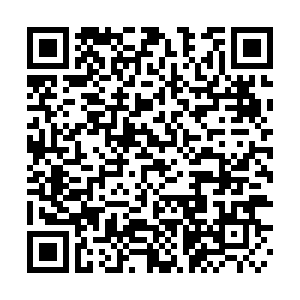 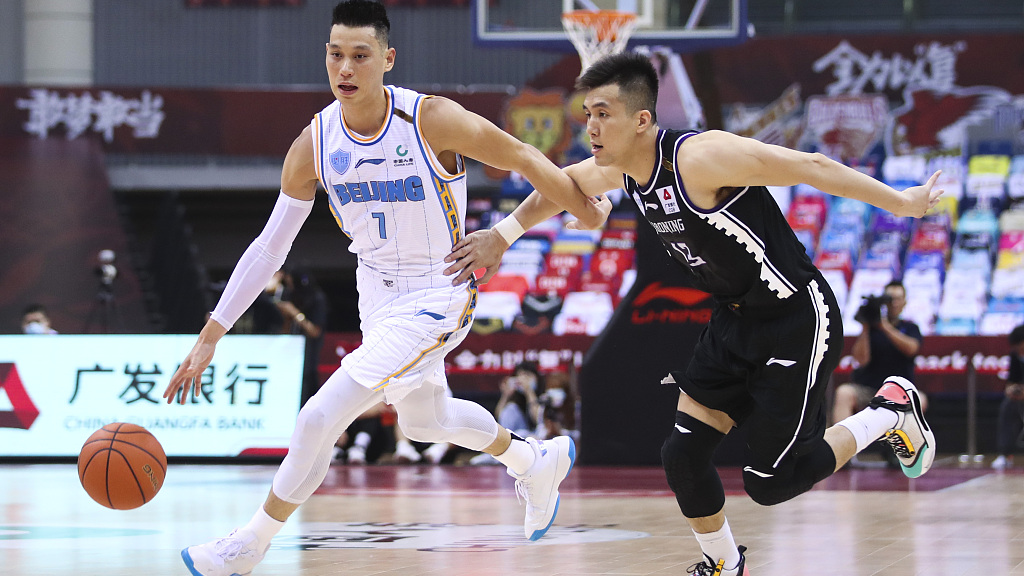 After a 151-day coronavirus-forced hiatus, basketball is finally back in China as the Chinese Basketball Association (CBA) resumed on Saturday.

At 11:00 a.m., the first match was unveiled at the Qingdao Sports Center as tens of thousands of basketball fans turned in online to watch Zhejiang Lions smash the Nanjing Monkey Kings 112-95.

A special moment took place before the game as a three minute silence was held to mourn the citizens who died in the fight against the novel coronavirus outbreak and patients who died from COVID-19. CBA president Yao Ming joined the ritual in the stand. 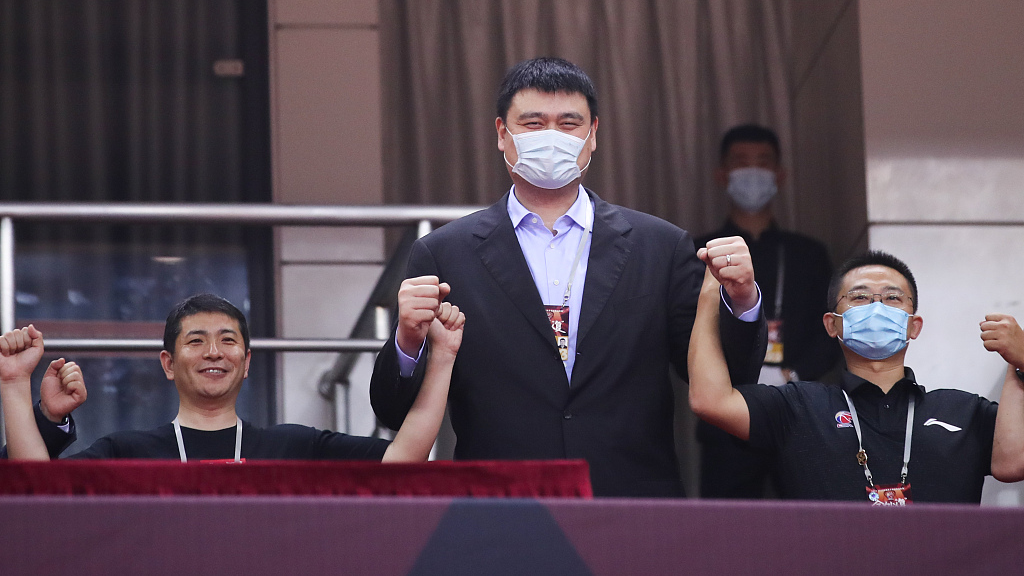 Yao Ming appears in the stand during the first game after CBA resumes between Zhejiang Lions and Nanjing Monkey Kings in Qingdao, China, June 20, 2020. /VCG

Yao Ming appears in the stand during the first game after CBA resumes between Zhejiang Lions and Nanjing Monkey Kings in Qingdao, China, June 20, 2020. /VCG

The CBA was the first large-scale national sports event to restart in China, and the first day of games was as exciting as basketball fans hoped they would be. Many of the league's top stars showed up in court and helped their teams seal the victory. 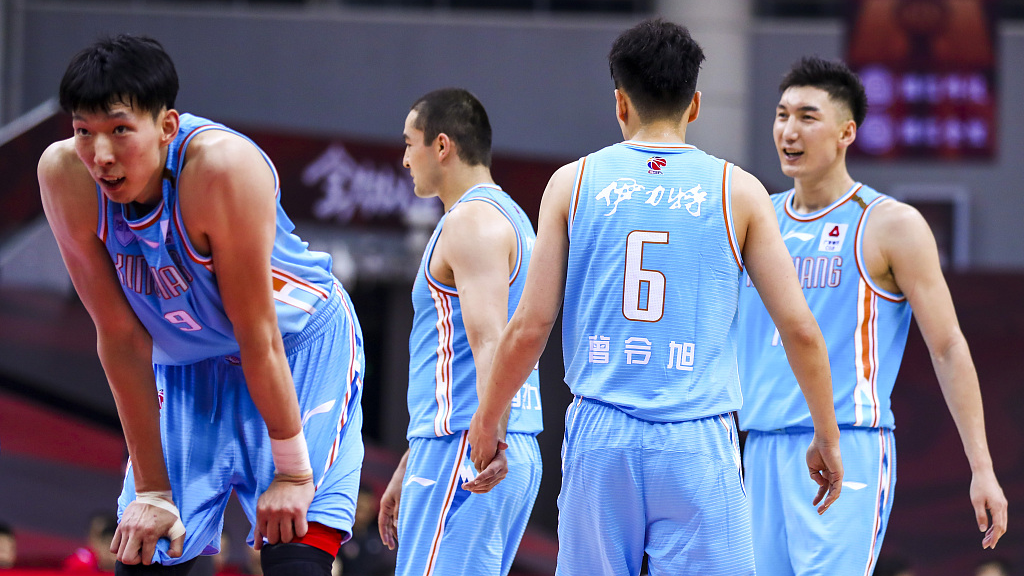 Zhou Qi and his teammates interact on court during a CBA game between Xinjiang Flying Tigers and Qingdao Eagles in Qingdao, China, June 20, 2020. /VCG

Zhou Qi and his teammates interact on court during a CBA game between Xinjiang Flying Tigers and Qingdao Eagles in Qingdao, China, June 20, 2020. /VCG

In an afternoon game, Yi Jianlian led the Guangdong Southeast Tigers to down the Shanxi Loongs 105-82 in Dongguan as the team continued their march towards defending their CBA league title.

Guangdong led the whole game and, at the half-time whistle, had already extended its advantage to 17 points.

Sitting on the bench for a large part of the second half, Yi contributed 18 points and 10 rebounds with his 22 minutes on the court.

Chinese national team member Zhou Peng, who missed the FIBA World Cup 2019 due to a left foot fracture, made his comeback in the game and scored six points. 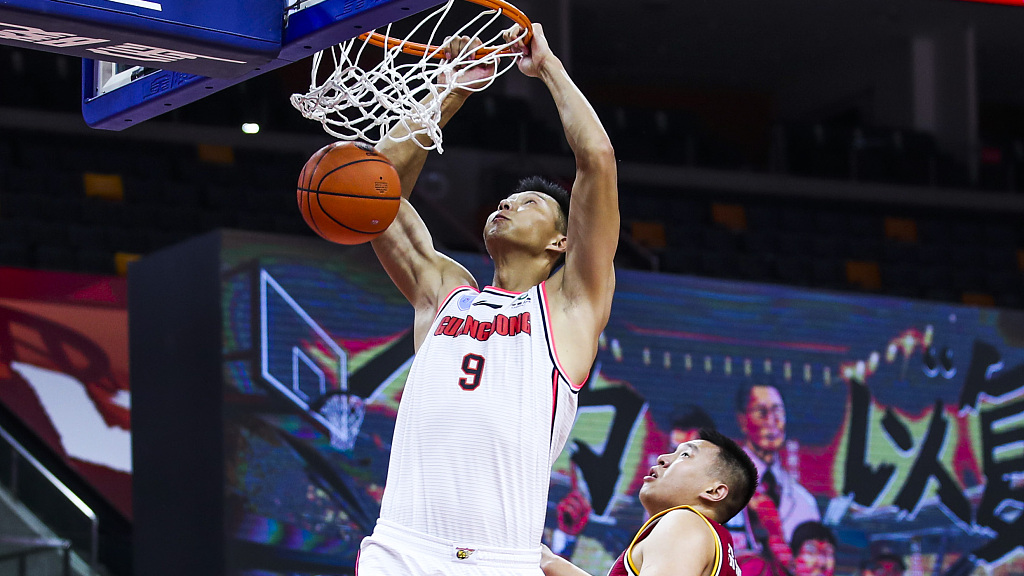 Perhaps the most anticipated game for the first day of the CBA's resumption was the game between Beijing Ducks and Liaoning Flying Leopards as Beijing's Jeremy Lin confronted Chinese national team star guard Guo Ailun from Liaoning.

However, both Lin and Guo didn't find their form as soon as the game kicked off. Guo didn't make a point in the first quarter and Lin only made one shot out of five shootings.

As the game continued into the second quarter, Liaoning's center Han Dejun demonstrated his dominance under the basket and shortened the gap to only six points. However, more players from Beijing Ducks were capable of contributing points as the team extended the advantage to 16 points and took the game to the second half.

Guo Ailun rebounded in the last quarter and scored 14 points in the single quarter. However, Fang Shuo and Jeremy Lin made crucial shots to seal the final victory.

"The most important thing is we can play again," Lin said at the press conference before the game. "I'm grateful for CBA's efforts to give us a chance to play again."