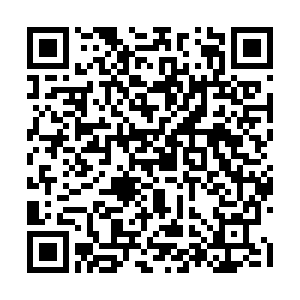 The annual event, proposed by Modi and adopted by the United Nations in 2014, is observed mostly in India, but also worldwide on the Northern Hemisphere's longest day (June 21).

Modi promoted yoga as a way of building a "protective shield" of immunity against COVID-19, as his nation battles a surge in infections. "We all know that until now nowhere in the world have they been able to develop a vaccine for COVID-19 or coronavirus," Modi said in a video published Thursday. 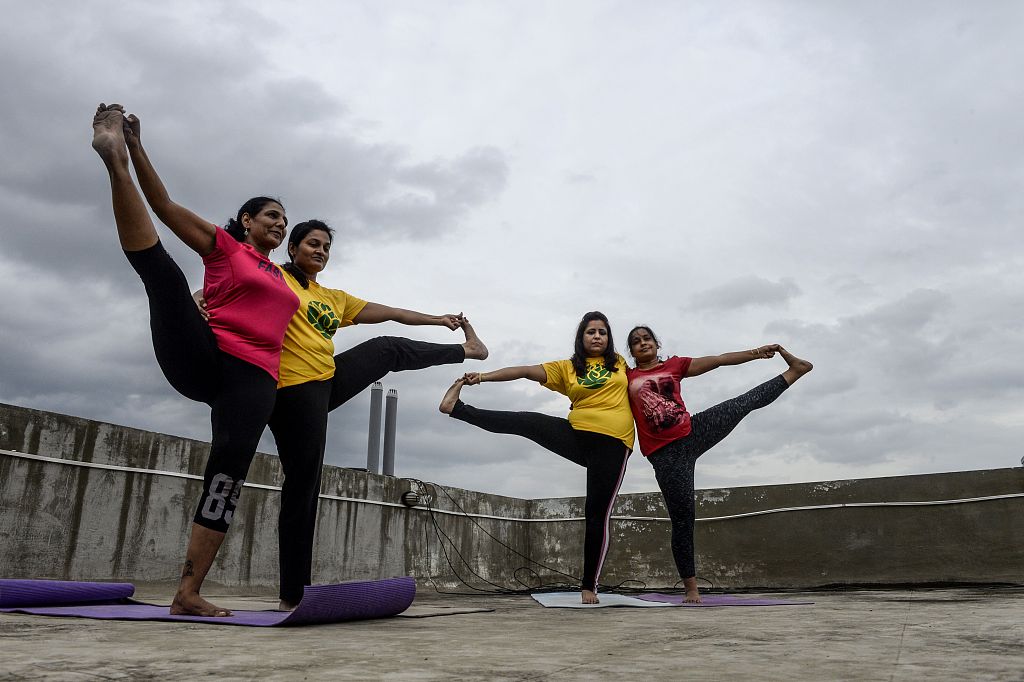 The day normally sees masses of people gather for public yoga events not only in India but worldwide, yet Modi called for people to "go indoors"  this year.

As the virus crisis forced practitioners to celebrate the occasion indoors, or with small outdoor sessions, Modi called on people to draw strength from the practice's physical and mental benefits. "COVID-19 virus attacks our respiratory system. Pranayam (breathing exercises) helps the most in making our respiratory systems strong," said Modi. 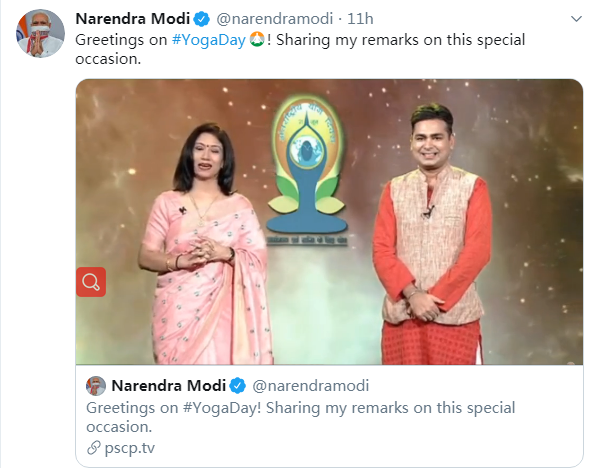 In January, the Indian ministry of AYUSH (Ayurveda, Yoga & Naturopathy, Unani, Siddha, Sowa Rigpa and Homoeopathy) released an advisory on how ancient homeopathy and Ayurveda remedies could help Indians combat the coronavirus.

But experts, including the U.S. National Institutes of Health, have warned that "no scientific evidence that any of these alternative remedies can prevent or cure COVID-19."

India's national and state governments have also stressed the importance of mask-wearing and social distancing. 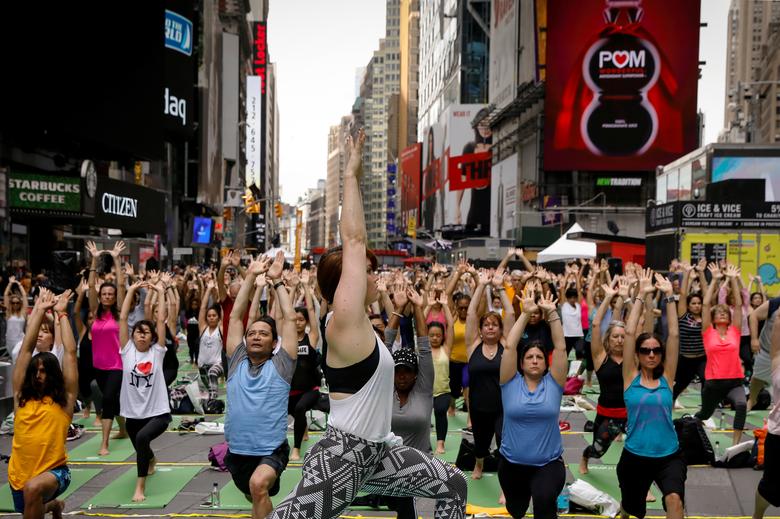 People participate in a yoga class in the Times Square in New York City, June 21, 2018. /Reuters

People participate in a yoga class in the Times Square in New York City, June 21, 2018. /Reuters

Since taking office in 2014, the Indian leader has spearheaded an initiative to reclaim the practice as a historic part of Indian culture. Indian scholars believe yoga dates back 5,000 years, based on archaeological evidence of poses found inscribed on stones, and references to Yogic teachings in the ancient Hindu scriptures of the Vedas.

The event came as the South Asia nation of 1.3 billion people reported a record single-day spike of 15,413 new coronavirus infections on Sunday. The number of COVID-19 cases has soared to 410,461 while total deaths reached 13,254, according to the latest data released by its health ministry.