Why India-China border clashes matter
Zoom In with Zou Yue 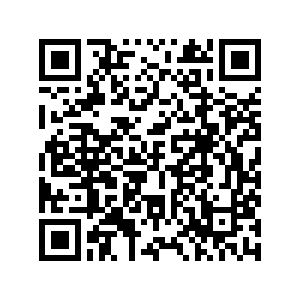 Editor's note: Chinese and Indian soldiers recently engaged in the most serious border clash since they fought a war in 1962, leaving casualties on both sides. CGTN's Zou Yue says the focus should be on the restraint exercised by the two sides, but he describes the extreme domestic reaction in India against China as alarming.

Indian and Chinese soldiers clashed, and there were casualties.

The world worries about the tear and wear of relations between the two Asian giants sitting across the Himalayas. They should, but probably they are worrying about the wrong thing.

Yes, the two militaries have machine guns, artillery and tanks. But they chose to use fists and stones, a that fact itself says a lot about the restraint exercised on both sides. But what is alarming is the extreme reactions. As Mahatma Gandhi said, an eye for an eye only ends up making the whole world blind. Let us not be blind, especially when the future of a third of humanity is at stake.

China and India share so much. Geographically, we share about 2,000 kilometers of border lines. Historically, we share 2,000 years of relations. Yes, we fought a war in 1962 and still live in its shadow, but that shadow pales in comparison with the bright arc of peace and stability.

So, what is in the way of keeping the arc alive?

C. Raja Mohan wrote in Foreign Policy in 2010: "In the past, India balanced Beijing through alliance with the Soviet Union. Today, it needs a strategic partnership with the U.S." This kind of thinking has quite some following in India. But it belies a bigger picture.

The world is different. Geopolitics is no longer as relevant as before. Today, no country would invade another to extract resources, since it can make deals through trade. Also, it wouldn't enslave another for labor as they can find a better bargain in joining hands within the global value chain.

Both India and China need to think in this context.

And they need to refresh their memories and rebuild the image they have about each other and each other's future.

India and China are neighbors, and they want to become great powers together. There is only one way: try to trust each other and look to the future. I remember my visit to Delhi in 2016 for some Belt and Road interviews. The immigration officer questioned me for 20 minutes on my purpose of visit, from my philosophical beliefs to the origins of my family and my favorite writer. I guess he was either very interested in talking or very suspicious of me. All of this while 300 people were waiting behind me.

When nationalism trumps pragmatism, opportunities are lost. Both India and China are building roads and bridges across the border, but they need not outbuild each other, they can build together. Even though the participation in the Belt and Road Initiative (BRI) could remarkably boost Indian infrastructure, India said "thanks, but no thanks." When Chinese investors are eager to set up businesses and their Indian partners are craving the same thing, they are not always welcomed in government buildings and civilian sitting rooms.

India will be a great power, but only when it is ready to open up, as China did in the 1980s. And when it opens up, there won't be any other direction better than China.

Let me give you some numbers: Trade between China and India was merely 92 billion U.S. dollars in 2019, a quarter of China-ASEAN trade. And yet, they are the most promising Asian economies. And amazingly, after the border scuffle, a leading body of Indian traders has called for a nationwide boycott of Chinese goods as they want to cut trade by another 13 billion U.S. dollars this year.

But the traffic of people is more worrying. In 2018, only 300,000 Chinese visited India, and the same year saw eight million Chinese visitors in Japan. We used to send our best monks, traders and thinkers to each other's countries, now we trade slurs on television and shout slogans on the streets.

The dragon and the elephant deserve better, and we can start by knowing better.