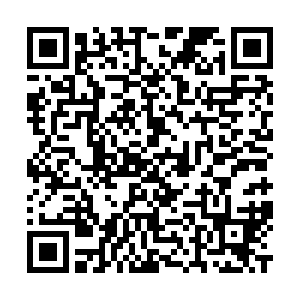 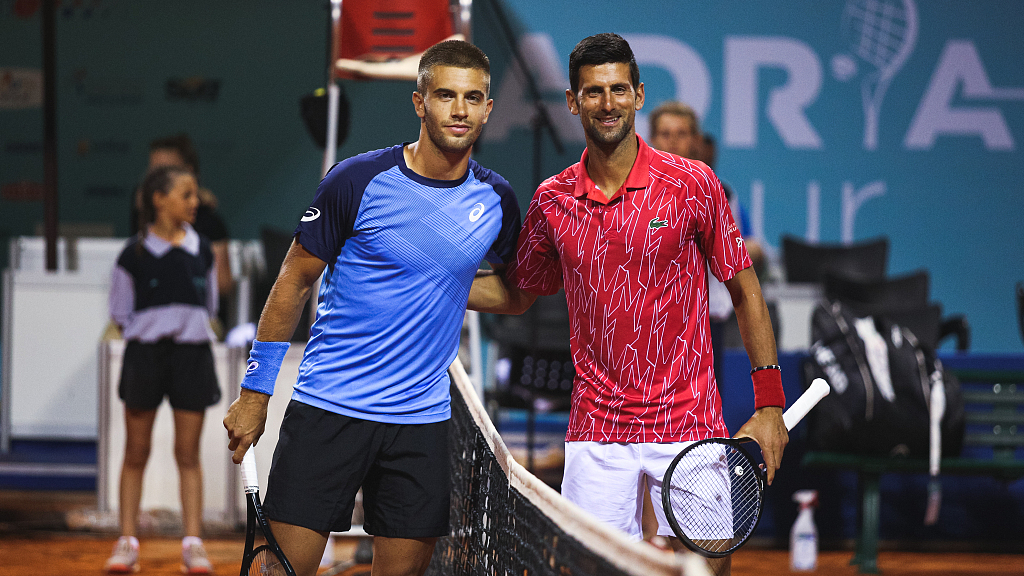 Grigor Dimitrov, Borna Coric and Viktor Troicki have all tested positive for COVID-19 after taking part in an exhibition tennis tournament in the Balkans featuring world No. 1 Novak Djokovic, raising questions over the sport's planned return in August.

Croatia's Coric, ranked 33rd in the world, revealed on Monday he had tested positive for COVID-19, with Troicki confirmed to have contracted the virus several hours later.

It follows Sunday's announcement by Dimitrov that he had also tested positive after pulling out of the exhibition event in Croatia, one of the biggest since the tennis season was halted because of the pandemic. 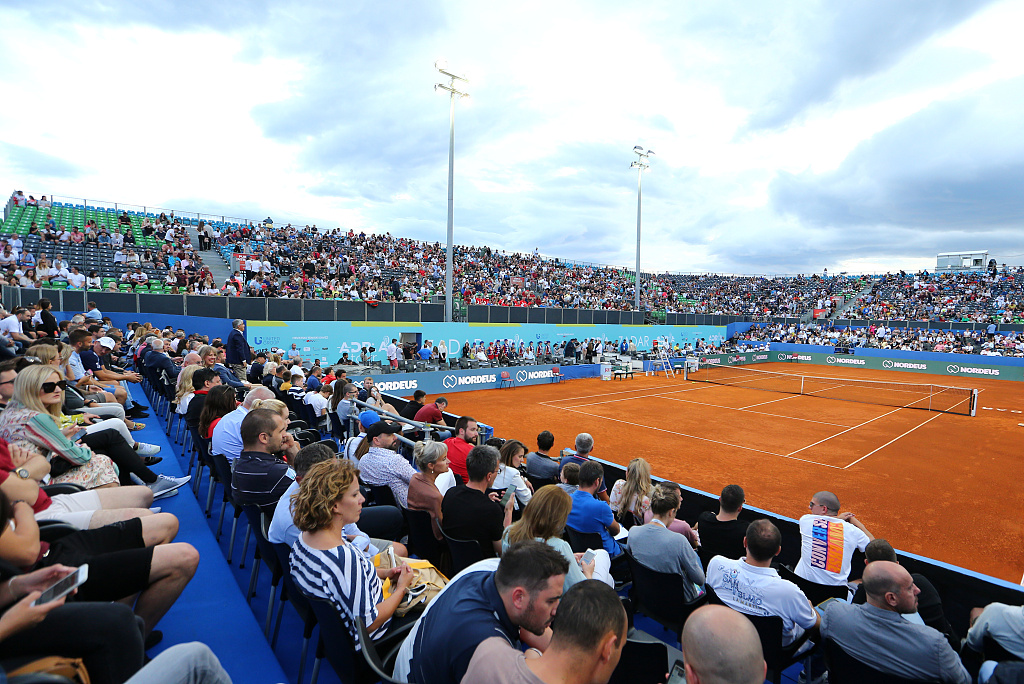 General view of fans by the court before the cancellation of the final match at the Adria Tour in Zadar, Croatia, June 21, 2020. /VCG

General view of fans by the court before the cancellation of the final match at the Adria Tour in Zadar, Croatia, June 21, 2020. /VCG

Djokovic will reportedly speak to the public on Tuesday after receiving the results of his test. 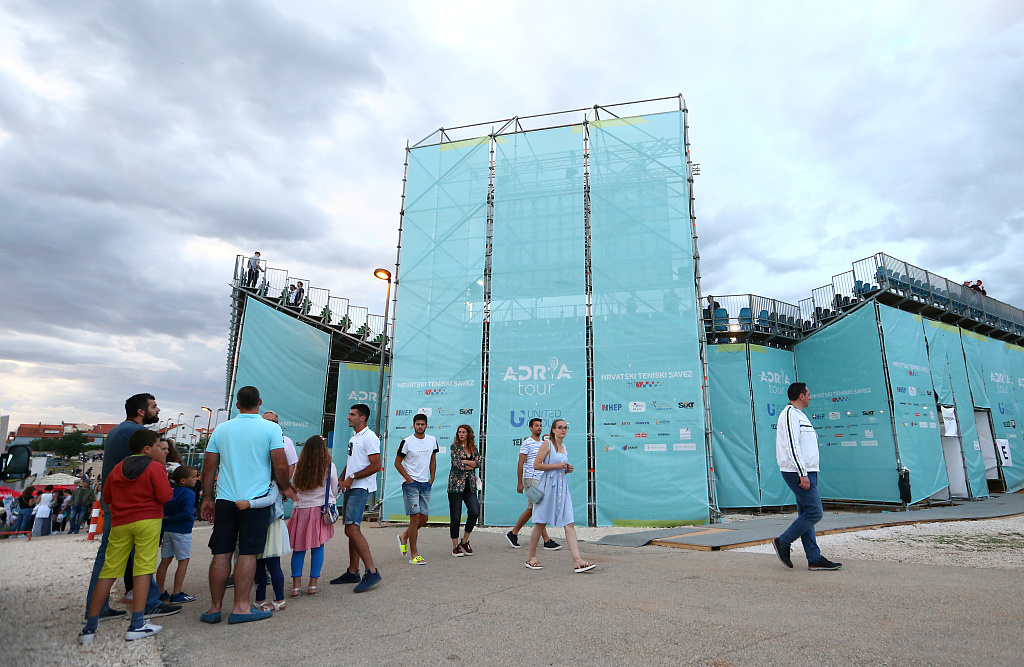 Fans leave the stands after the cancellation of the final match was announced in Zadar, Croatia, June 21, 2020. /VCG

Fans leave the stands after the cancellation of the final match was announced in Zadar, Croatia, June 21, 2020. /VCG

Players criticize Adria Tour
British No. 1 Dan Evans slammed Djokovic’s event, which allows fans to attend. Players were not obliged to observe social distancing rules in the first two legs and were seen embracing at the net at the end of their matches, amid Serbia and Croatia’s easing lockdown measures.

"He should feel some responsibility for his event and how it has transpired.”

"It is a poor example to set, even if the guidelines in that country are not two meters. It is not a joke is it?" added Evans.

Andy Murray – who will be joining Evans at a London tournament – was more reserved with his comments about the tour, but suggested there were always going to be risks involved.

He told reporters: "Once you start to bring international travel into it, with players and team members from all different parts of the world coming in, you need to make sure you're taking all the correct measures, safety measures, all the precautions that you can, to try avoid a situation like they got into over there.”

"Boneheaded decision to go ahead with the 'exhibition,'" Kyrgios tweeted Monday. "Speedy recovery fellas, but that's what happens when you disregard all protocols. This IS NOT A JOKE." 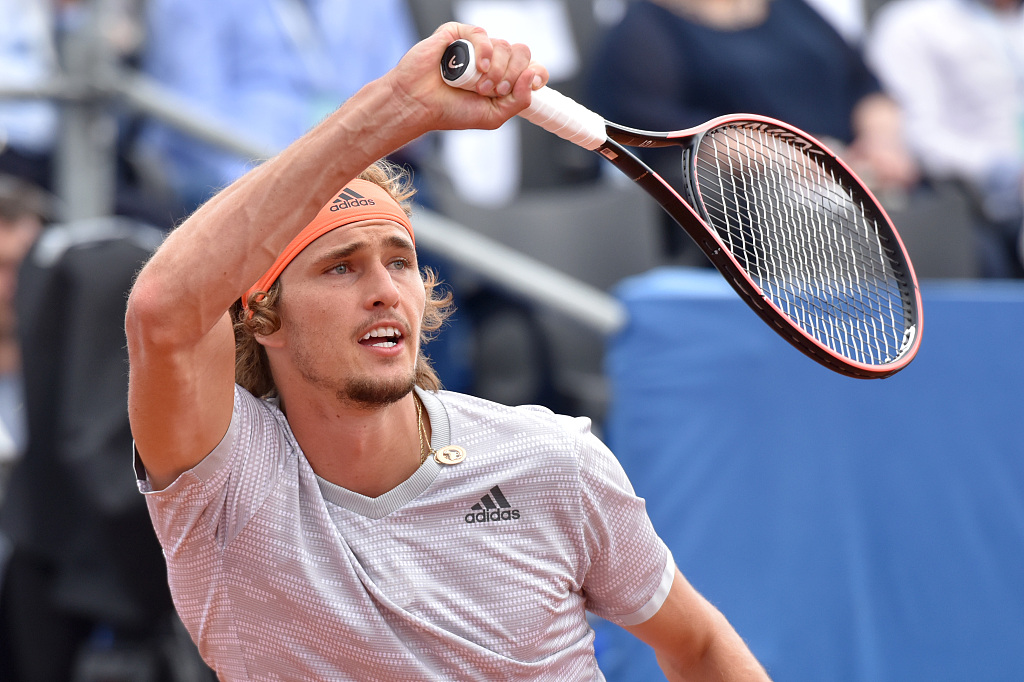 For his part, German Zverev apologized for his participation in the event.

"I deeply apologize to anyone that I have potentially put at risk by playing this tour. I will proceed to follow the self-isolating guidelines advised by our doctors."

Ill-fated Adria Tour in limbo
The Adria Tour had been organized to fill the gap in the virus-hit tennis calendar which has been on ice since mid-March.

The Adria Tour had already suffered an embarrassing setback when the planned Montenegro leg of the four-nation tournament was canceled when it became apparent Serbia's health requirements did not match up to those of Montenegro.

It is not yet known whether the final leg in Banja Luka, Bosnia and Herzegovina, will go ahead on July 3 to 4.

Last week, the ATP and WTA said they were restarting their tours in August.

However, the U.S. Open in New York will be played behind closed doors under strict health protocols, and a number of top-ranked players have stated they will not to participate.