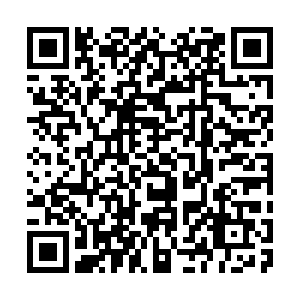 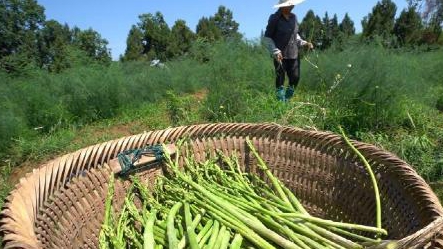 In the district of Enyang in Bazhong City — which is an over three-hour drive from Chengdu, the capital of Sichuan Province — asparagus planting has really kicked off in just the last two years, improving its people's livelihoods.

According to local officials, 1,565 households consisting of 5,329 people have been lifted out of poverty since the district started pushing this industry in a big way in 2018.

Despite having lived with just one full arm since he was 6 months old, he exudes such a positive and grateful persona. 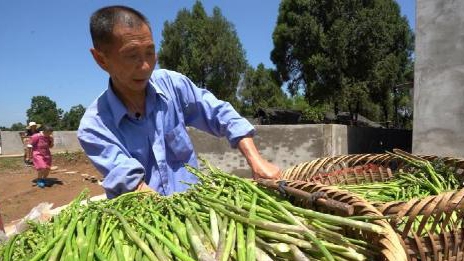 Toiling under the hot sun fertilizing his plants while monitoring his staff workers picking asparagus, I asked him if he enjoys planting asparagus.

"I do! Every day, I'll be with my staff at the base, because I learned that asparagus can fight cancer and prevent diseases," he said.

"Truth be told, I never ate asparagus prior to this. Upon hearing this industry was developing well, I actually first bought some from the market to give it a try. I thought it tasted really good — that's when I decided to plant it!"

Luo came back to his hometown in Enyang — after having worked out of town — a couple of years ago to take care of his elderly parents.

"Then, I remember, there were people who advised me against developing this industry — because I was disabled. But I chose not to admit defeat without having first tried. I was determined that I, too, could grow asparagus well," Luo said. 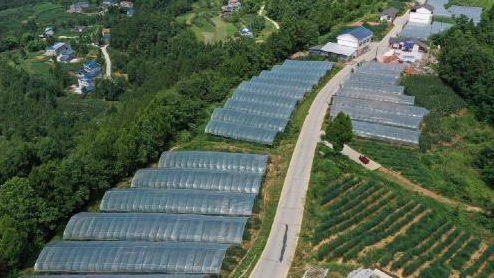 "After studying the skills and technology needed organized by the district, I learned how to plant asparagus. I then contracted over 60,000 square meters of land and started hiring workers," he said.

Luo now manages a team of about 20 workers.

During the peak harvest period from April to August, he can collect almost 200 kilograms of asparagus every day.

Locals in Enyang told me the price which they sell to distributors can reach 20 yuan, or close to 3 U.S. dollars, per kilogram. 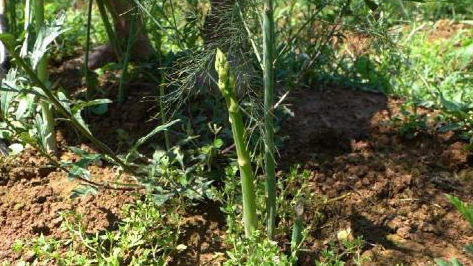 According to Yang Qingpeng, deputy director of the Asparagus Industry Development Office in Enyang, there are three forms in which farmers are able to earn income from asparagus planting.

"They can firstly transfer their land to a cooperative, where they can obtain rent. Secondly, farmers can also earn an average income of 10,000 yuan (1,400 U.S. dollars) a year from working at the industrial park," he told CGTN.

The annual income is derived from a calculation of 60 yuan a day, over 180 working days in a year, Yang noted.

"Also, should they choose to become a shareholder in the co-op, they can also get a share of dividends from profits made," he said. 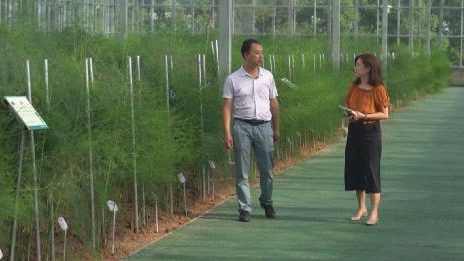 Subsidies are given to farmers in their first three years of planting asparagus as a form of encouragement. And in 2018, Yang said additional subsidies were given per mu of land to build greenhouse facilities.

Meanwhile, there are measures in place to ensure people don't fall back into poverty, Yang said.

"We have established a guaranteed purchase mechanism. In the scenario where the market price of asparagus has fallen below its costs, the district's state-owned firms will buy them at a price that is higher than the costs of farmers. This is to ensure farmers don't endure a loss.

"Secondly, we want to expand the plant's industrial chain. We are in the midst of building processing plants to develop asparagus tea, noodles and other value-added products of asparagus."