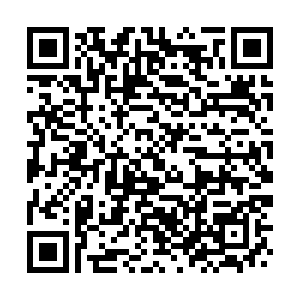 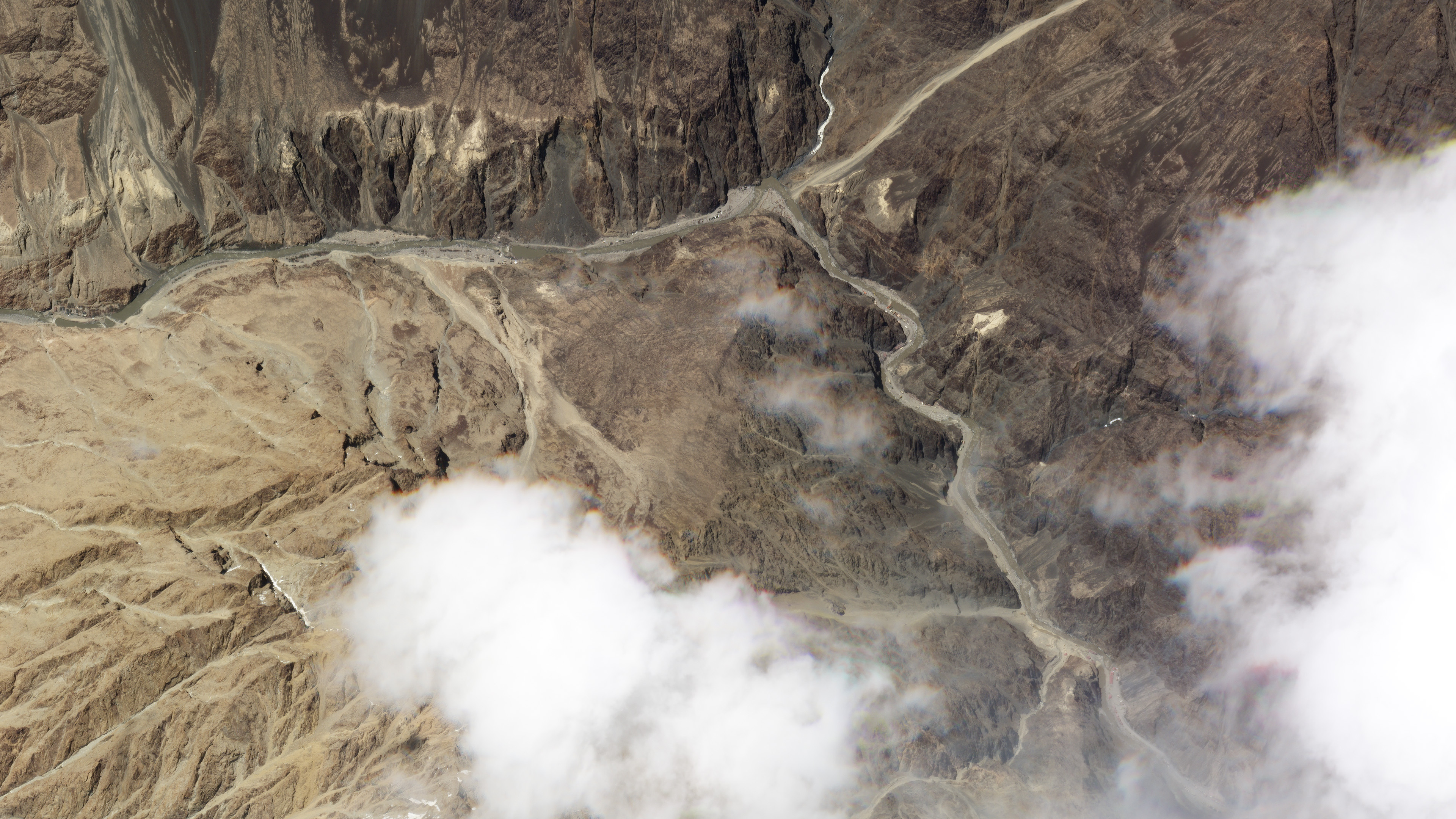 Satellite photo released by Planet Labs, shows the reported site of a fatal clash between Indian and Chinese troops in the Galwan River Valley in the Ladakh region near the Line of Actual Control, BKalong their disputed border high in the Himalayas, June 18, 2020. /AP

Satellite photo released by Planet Labs, shows the reported site of a fatal clash between Indian and Chinese troops in the Galwan River Valley in the Ladakh region near the Line of Actual Control, BKalong their disputed border high in the Himalayas, June 18, 2020. /AP

Editor's note: Guy Burton is an adjunct professor at Vesalius College, Brussels, where he teaches global governance. The article reflects the author's opinions and not necessarily the views of CGTN.

Much of the recent attention concerning the violent confrontation between Indian and Chinese troops in the Galwan river valley has focused on the differences between the two countries over who has rightful control of the region. The dispute is an old one, going back decades and including a brief border war in 1962 and the eventual agreement to establish a Line of Actual Control in 1996.

But the differences between India and China are not solely limited to the territory between the two countries' borders. It also involves disagreement over influence in the wider region, including in South and Central Asia and which is increasingly growing in West Asia, including Iran and the Indian Ocean.

One response to these differences has been to enable communication between India and China. That has been achieved to a degree through a number of different multilateral fora. But while they enable conversations at different levels, it is not always clear how they join up nor how they resolve the broader challenges underpinning the rivalry.

Much of the tension between India and China today may be explained by the changing nature of the two countries themselves as well as the wider international system.

First, while the two countries are home to the world's largest populations, with over a billion people each and are recognized as important rising powers, there is a significant disparity. Despite both experiencing economic growth, China's economy has outstripped India's. Not only is China the world's second largest, it is also around five times larger than the Indian economy. That arguably gives China greater clout in the international system.

Second, the rise of China and India has coincided with a shift in the structure of the international system. Although the U.S. has been the principal global power since the end of the Cold War, its reach is not the same as it was. Its insurgency during its occupation of Iraq after 2003 and the impact of the 2008-09 financial crisis arguably exposes the limits of its military and economic capacity and relative decline against other potential global powers. 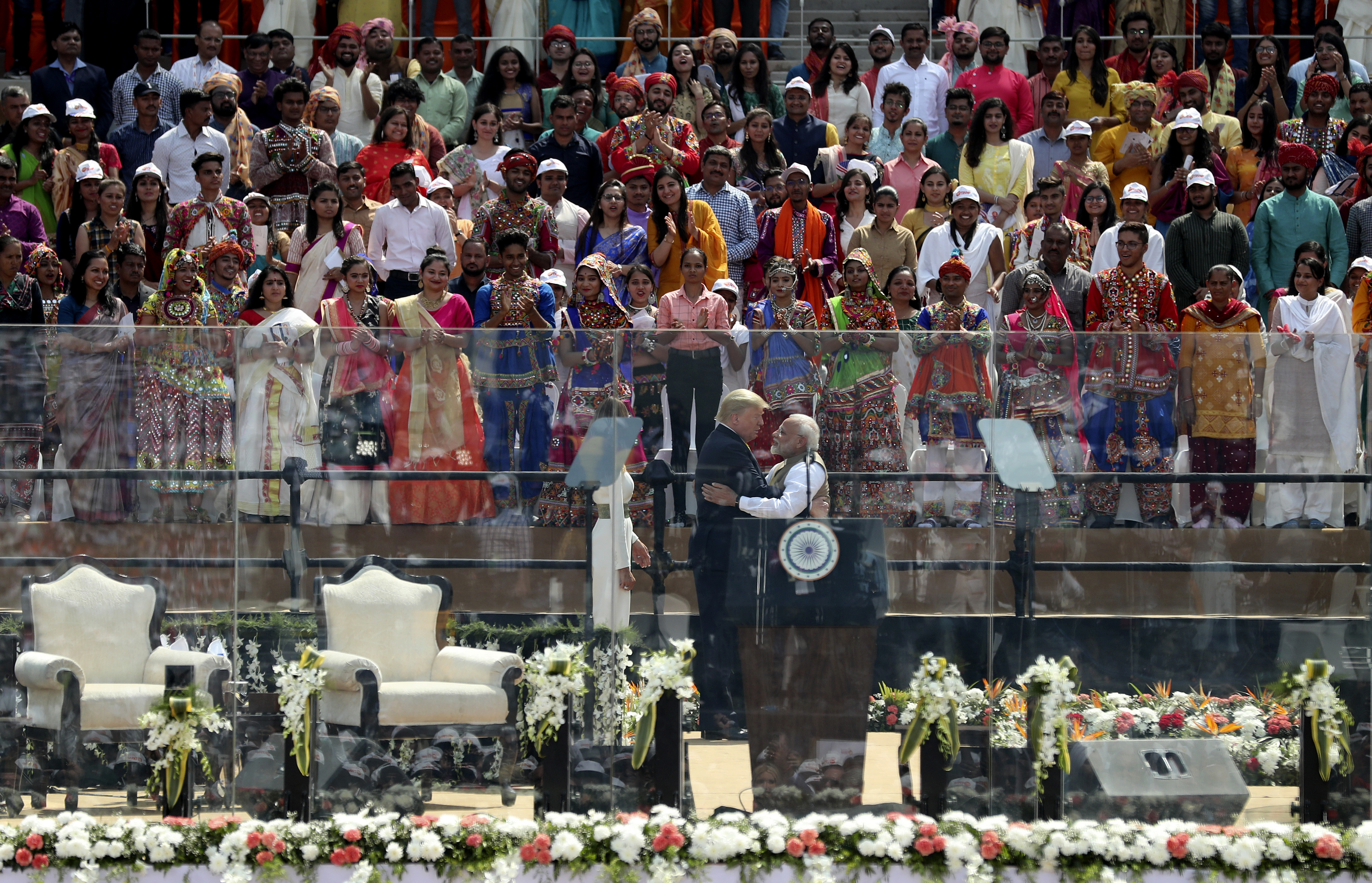 Set against this context, the Sino-Indian relationship has experienced a series of road bumps during the period. Since the 1990s China has sought to develop its poorer western regions. The resulting "Go West" strategy gained further impetus with the launch of the Belt and Road Initiative in 2013. Under its auspices, Chinese finance and construction were expected to help neighboring states build and renovate their transport and communications infrastructure. As well as upgrading them, it would also boost the development of their local markets and integrate them into the wider regional and global economy. As the Belt and Road Initiative moved west, it was envisaged that a new Silk Road would emerge, linking China and Europe through Central Asia in between.

The vision proved an unsettling one for some, including in India. Indian policymakers felt threatened both by aspects of this Chinese-led development process, resulting in growing contact and assistance not only with countries on its eastern borders like Nepal, Bhutan and Myanmar – and all of whom India viewed as within its sphere of influence – but also to the West, via Pakistan.

Pakistan has long had a partnership with China, much to Indian chagrin. As India's principal rival, Pakistan has sought to build a China-Pakistan Economic Corridor since 2013. The plan involves a number of different projects to improve roads and railways between the two countries, over the Karakoram mountain range and culminating in the Gwadar port on the Pakistani coast.

The Corridor compounded Indian fears. In part it has prompted India to push ahead on the development of the Chabahar port in southeastern Iran with renewed vigor. For India, Chabahar constitutes the end point of its own alternative transport link to Central Asia via Afghanistan.

India and Iran had initially agreed to the project in 2003. However, development was delayed owing to sanctions being imposed against Iran and its nuclear program in the years that followed. Activity picked up after Iran agreed to limit its program in 2015 and sanctions were successively reduced.

In 2018 the U.S. withdrew from the nuclear deal and re-imposed sanctions against Iran. But it made a few exceptions, one of which was activity relating to Chabahar. Like India, it saw the need to maintain it as a counterweight against China.

The role of the U.S. is also a significant feature in Sino-Indian relations. Despite its slightly diminished role compared to the past, it remains one of few powers with global reach. As China has become a key component of the world economy, American officials came to regard it as a threat, especially if it converted its commercial ties across the region into greater political influence. Successive administrations have therefore sought to contain it. In 2005, the then Bush administration established a strategic partnership with India as part of that process.

The U.S. and India also see Chinese influence extending beyond the Eurasian landmass. As well as growing economic activity in Sri Lanka and the Maldives, in their views, the Chinese have become a larger presence in the western reaches of the Indian Ocean, especially along the trade routes between the Red Sea and the Gulf of Aden. In 2009, the PLA Navy carried out operations against pirates off the Somali coastline, alongside multilateral actions carried out by other states directed to the same end. Then in 2016 it began development of a multipurpose port in nearby Djibouti, further along the coastline.

Despite the points of tension between India and China, there have been efforts to channel them in a more productive fashion. These have largely taken the form of both formal and informal forms of communication and dialogue, often in a multilateral format. The Russia-India-China framework has provided one such mechanism, as has the BRICS grouping, which was formed between the three countries, along with Brazil (in 2009) and South Africa (in 2010). In addition to reaching common positions on global economic issues, it has also tackled security issues, including in relation to the Middle East in its declarations.

Regionally, China has been an observer in the South Asian Association for Regional Cooperation since 2006, where India is a key member. Then in 2017 India joined the Shanghai Cooperation Organization, which was set up by Russia, China and the Central Asian states to discuss and coordinate security concerns and cooperation.

These institutions provide a useful space for China and India to interact with each other. They provide the opportunity for regular contact and dialogue on matters relating to themselves and their regional neighborhood (or in the case of the BRICS, their position vis-à-vis the global system).

But because the focus is often on reaching consensus across a wide range of actors, it is not always clear that the search for agreement fully addresses the main points of contention between the two. For that to happen, there is a need for a more direct conversation, in which specific differences are raised and aired, along with proposals that are acceptable to both being implemented. Looking forward then, this will be an important consideration to observe in Sino-Indian relations, whether bilaterally or in other, multilateral settings.