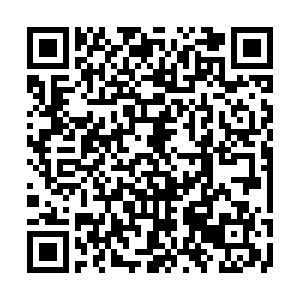 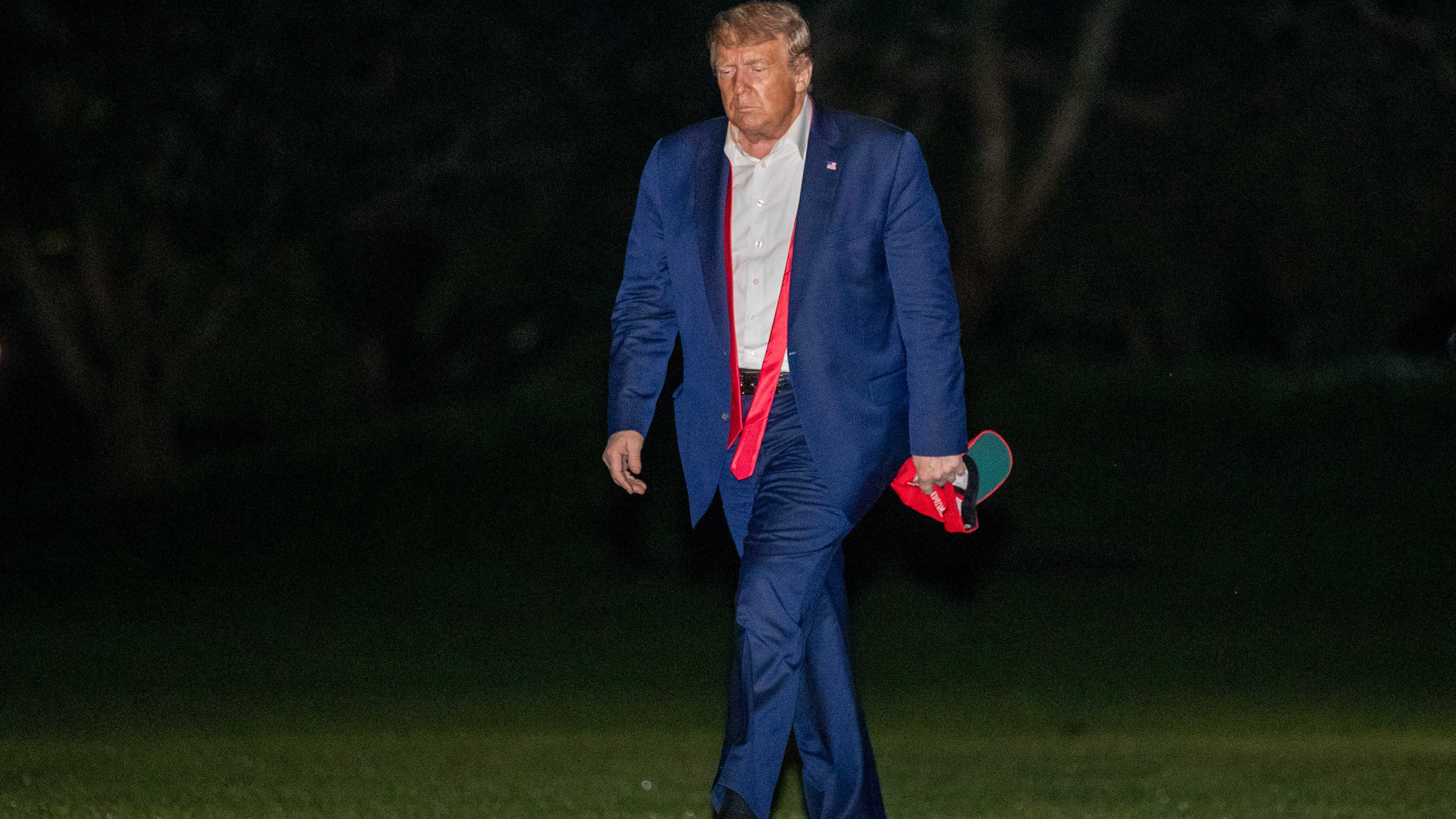 President Donald Trump walks on the South Lawn of the White House in Washington after stepping off Marine One as he returns from a campaign rally in Tulsa, Okla, June 21, 2020. /AP

President Donald Trump walks on the South Lawn of the White House in Washington after stepping off Marine One as he returns from a campaign rally in Tulsa, Okla, June 21, 2020. /AP

At the start of June, U.S. President Donald Trump posed in front of St. John's Church near the White House with a Bible, though it's unlikely that he's ever read it. An earlier interview, in 2015, found him unable to cite a single verse or passage, though he bluffed that "the Bible means a lot to me" but that "I don't want to get into specifics." But the white evangelical demographic is an important component of Trump's vote – truly, the Lord moves in mysterious ways – and so he postured as a Christian for a photo-opportunity. "Is that your Bible?" a reporter asked. "It's a Bible," he said. Quite so.

Of course, his downfall has long been predicted. He has survived scandals which would knock out a dozen presidents. He has been impeached – only the third president ever to be so – and he has been at near-permanent war with the various branches of the U.S. government, from the Supreme Court to Congress, state governors and even U.S. intelligence services. He has thrived on chaos and instability in the White House, and turned furiously on elected officials and advisors. Yet he remains in power, and was even – until February – looking likely to be re-elected.

But finally his magic seems to be waning. The triple-shock of the coronavirus, the resultant economic collapse and protests saw him looking incompetent. Until then, he had not been truly tested by disaster or foreign adversary. The U.S. was simply too powerful, and he was sheltered by staff who strained to make his presidency operational, despite his shortcomings. 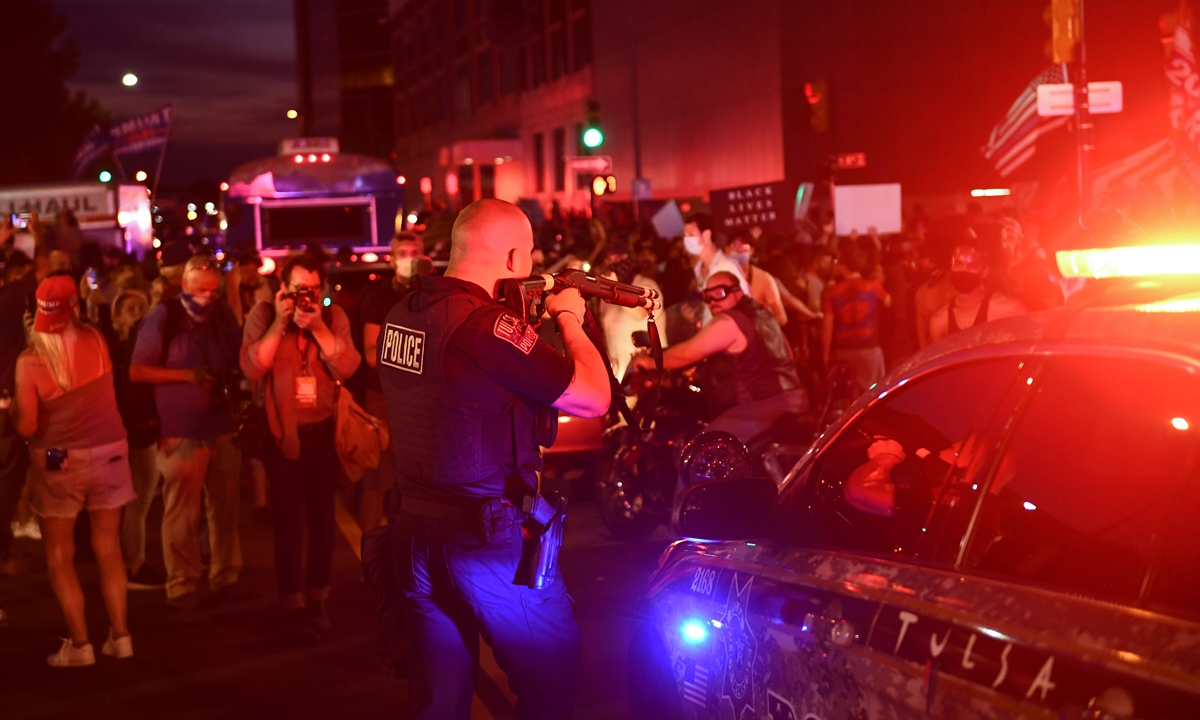 Naturally he was keen to seize the agenda. That's what he is good at. He therefore arranged a rally to be held in Tulsa, Oklahoma on Saturday. No matter that the coronavirus is still rampaging through the U.S. No matter that it would bring to mind the Tulsa Race Massacre of June 1921, one of the grimmest and deadliest outbreaks of racial violence in the history of the United States. No matter that it was initially to be held on June 19, the Juneteenth holiday which celebrates the end of slavery in the U.S. (Eventually Trump moved the date forward to Saturday).

And no matter that all healthcare advice advises social distancing (and the wearing of face masks, which very few did). Here was the U.S. president willing to risk the lives of those who supported him and his ego needed it.

So it was claimed the rally would pack them in. Hyperbole is all too common in political communications, but there were boasts of over a million people applying for tickets and tens of thousands expected to attend, so that a spillover field was booked to also host further speakers and performers. Organizers were leasing a jet to fly in campaign staff the night before and multiple film crews were brought in to record the event, people "familiar with the plans" told reporters.

But only 6,600 people attended in an arena with 19,199 seats. (Online pranksters had allegedly been encouraging people to sign up without the intention of going, so as to bamboozle organizers). Pictures of the swathes of empty blue chairs were gleefully shared across social media, and in the press. This might have been bad enough, for Trump is a man hugely motivated by any public humbling. It doesn't matter to him that his negligence and ineptitude will have caused the deaths of any number of U.S. citizens, but he didn't want to look bad on TV.

Worse still was the speech itself. Having had no rallies in several months and being blamed for the threefold disaster stalking the U.S. were clearly getting to him. He whined about and tried to justify an earlier video showing him tippy-toeing down a gently inclining ramp. He called the coronavirus "Kung Flu," with all the wit and imagination of a senile grandpa.

And, almost unbelievably, he said U.S. testing for the disease had been slowed down, so that the numbers looked better. He is willing to let a pandemic rage and Americans die in the hope that it doesn't reflect badly on him. After the rally, he was filmed returning alone to the White House. Tie undone, red hat off, he looked a broken man.

Trump's political reputation rests on two factors: his unexpected election victory, and his disinclination to follow the rules. But there is a time for such things. At a moment when the U.S. needs more traditional leadership skills (administrative, organizational, and the desire to unite), Trump's political act is looking increasingly tired. The magic is wearing off. Its time is done. The great and feared political wizard is nothing but an old and rather frightened man behind a curtain, frantically pressing buttons, but they are only the ones on his phone. He does not know any others.