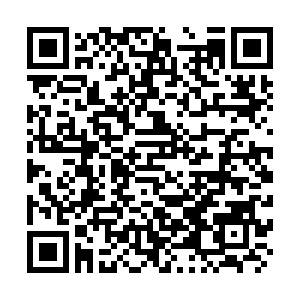 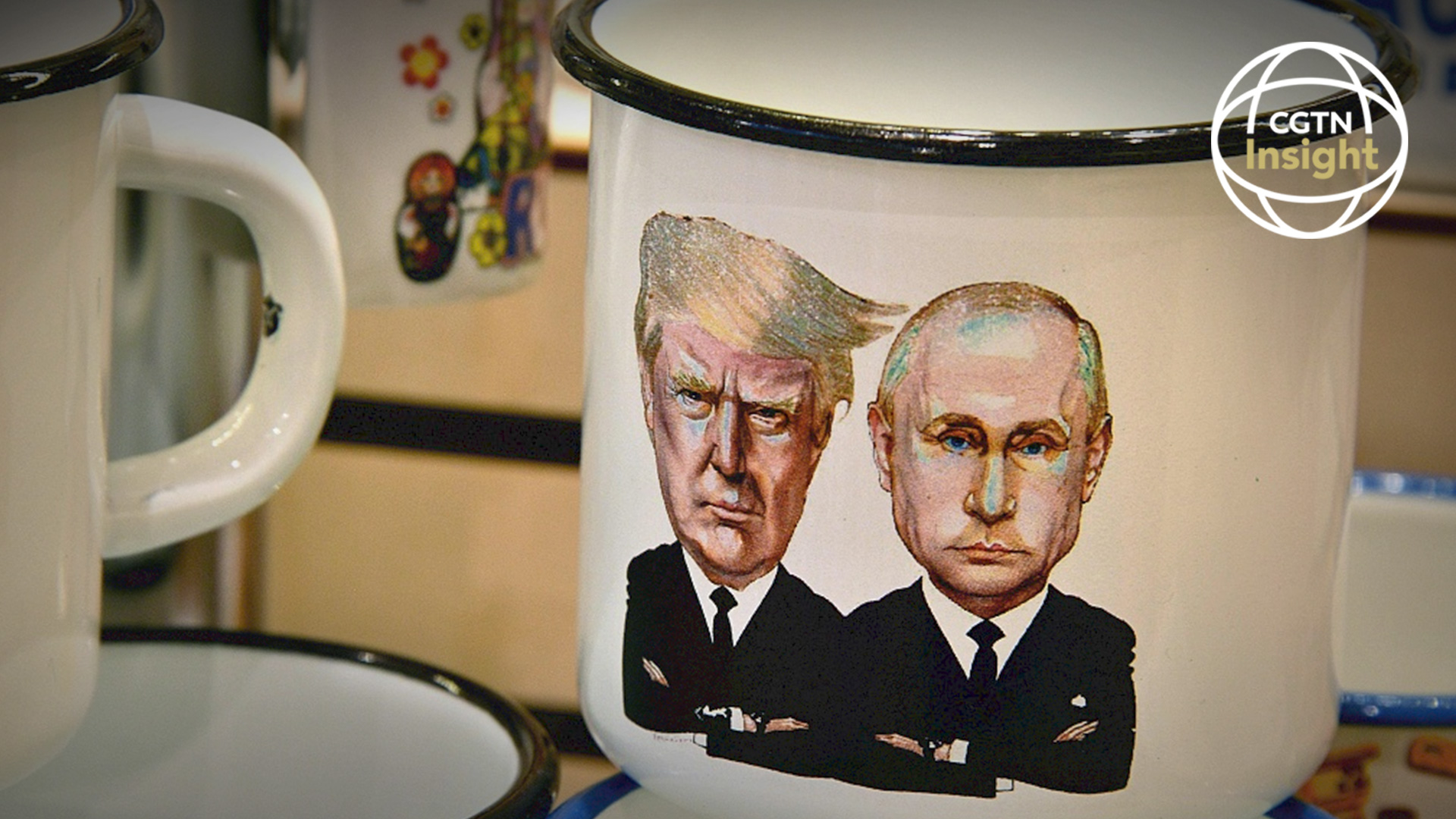 As the international community closely watched the start of Washington-Moscow talks in Vienna on the New Strategic Arms Reduction Treaty (START), American politicians displayed "performance art" in front of the global audience.

U.S. Special Presidential Envoy for Arms Control Marshall Billingslea posted a picture of Chinese flags at empty chairs around the negotiating table on Twitter, saying "Vienna talks about to start. China is a no-show. Beijing [is] still hiding behind #GreatWallofSecrecy on its crash nuclear build-up, and so many other things." Piling on the ridiculousness of the stunt, the Chinese flags tweeted by the envoy weren't even accurate replicas.

Beijing hadn't been due to appear at the Washington-Moscow bilateral negotiation table. The Chinese government has reiterated it has no intention to join the negotiations. The reason is straightforward: "China's nuclear power is not on the same order of magnitude as that of the United States and Russia. It is not yet the right timing for China to participate in nuclear disarmament talks."

Figures explain why. According to a report by the Stockholm International Peace Research Institute, Russia and the U.S. together possess more than 90 percent of global nuclear weapons. At the start of 2020, the U.S. topped the world in the number of deployed warheads – 1,750. China has 320 nuclear warheads in total. Russia has 6,375 and the U.S. has 5,800. 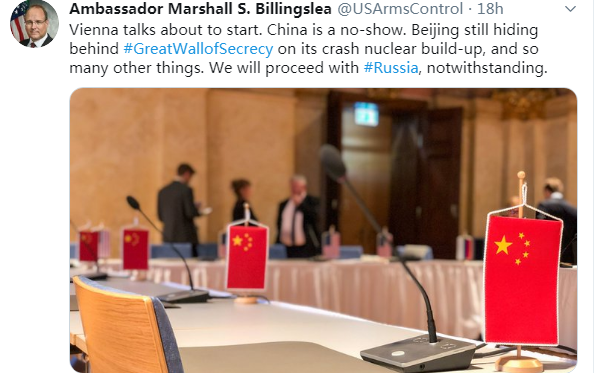 Beijing's rejection of Washington's New START offer is justified. After all, owners of the largest nuclear arsenals should bear primary responsibility for disarmament. But declining to participate in the Vienna talks does not mean China's nonfeasance in arms control. The country has been playing an active role in the Conference on Disarmament and the P5 mechanism.

Despite China's repeated and clear refusal to appear at the Moscow-Washington bilateral negotiations, the White House has never ceased trying to push Beijing to take part. American diplomats deliberately photographed Chinese flags on a negotiating table without China's consent as a crude stunt. Billingslea's tweet marks a new low in Washington's handling of international affairs.

All things happen for a reason. And so does Billingslea's "performance art." "This is all Kabuki designed to give [U.S. President Donald] Trump an excuse to withdraw from New START," Vox Media quoted Caitlin Talmadge, a nuclear expert at Georgetown University, as saying. Holding high the banner of "America First," Trump is actively pulling his country out of a slew of international pacts and organizations. The UN Human Rights Council, the Paris climate accord, the Intermediate-Range Nuclear Forces Treaty (INF), Open Skies surveillance treaty, to name but a few.

After Washington's INF withdrawal, the New START, bringing Washington's and Moscow's deployed arsenals to their lowest level since the 1960s, is the only remaining arms control pact between the world's largest two nuclear powers. But Washington's obsession with China's participation in the talks could bury a pact that is due to expire in 2021. 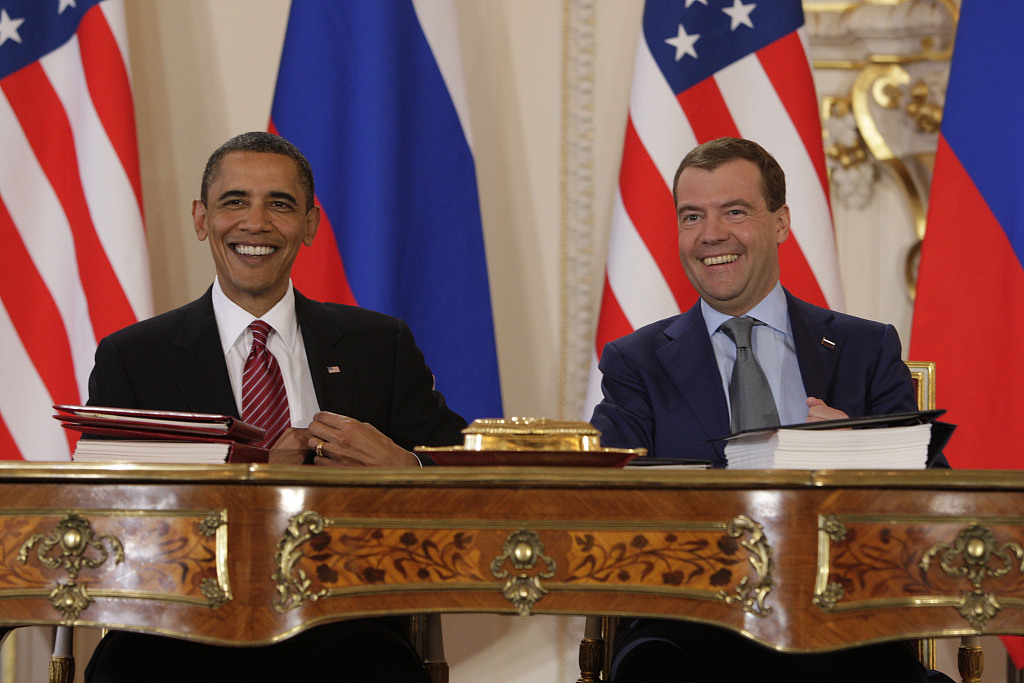 Then U.S. President Barack Obama (L) and his then Russian counterpart Dmitry Medvedev at the signing ceremony of the New START between the two countries at Prague Castle, Prague, Czech Republic, April 8, 2010. /VCG

Then U.S. President Barack Obama (L) and his then Russian counterpart Dmitry Medvedev at the signing ceremony of the New START between the two countries at Prague Castle, Prague, Czech Republic, April 8, 2010. /VCG

Earlier, the Kremlin proposed that Moscow and Washington should prioritize agreeing a five-year extension to the pact before considering broader nuclear talks. But Trump, calling the New START a "bad deal," seems insistent on China's appearance in Vienna. So far, negotiators from the two nuclear powers have made only guarded comments on the deal, with no substantial breakthroughs.

"The U.S. focus on China is sucking all of the oxygen out of bilateral talks with Russia… With China adamantly opposing joining the trilateral arms control negotiations, Washington might end up with no agreements with either Moscow or Beijing, but with some viral photos," Andrey Baklitskiy, a nuclear expert at Moscow-based think tank the PIR Center, was quoted by Vox Media as saying.

But perhaps, this – no agreement – is exactly what Washington really wants. American "pundits" are using China's absence from the Vienna talks as an excuse to impede new moves on the deal. Simply quitting New START would for sure invite harsh criticism from the international community and further cripple Washington's credibility and reputation. For Billingslea-like elites, blaming China is a much wiser tactic than simply abandoning the deal.

If New START – the only remaining U.S.-Russia arms control pact – collapsed, the world's largest two nuclear powers would be freer to build up their stockpiles. This could put the whole world in danger. Moscow has already expressed its willingness to extend the deal. Now, it is Washington's turn to act responsibly. The international community expects Washington to bear its due obligations, but so far American envoys have only surprised the world with the "performance art."