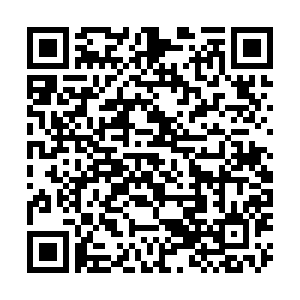 The legislation on safeguarding national security in the Hong Kong Special Administrative Region (HKSAR) will enable the vast majority of Hong Kong residents to better enjoy the advantages under "One Country, Two Systems," Chinese officials said on Tuesday.

The Legislative Affairs Commission under the Standing Committee of the National People's Congress (NPC), the Hong Kong and Macao Affairs Office of the State Council and the Liaison Office of the Central People's Government in the HKSAR jointly held 12 symposiums on Tuesday to hear opinions from the Hong Kong society on the draft law on safeguarding national security in the HKSAR.

Officials said at the symposiums that the upcoming law will focus on addressing the HKSAR's prominent problems in safeguarding national security and providing legal guarantees for preventing, curbing and punishing crimes including secession, subversion of state power, terrorist activities and collusion with foreign or external forces to endanger national security.

The legislation will reflect the principle of "One Country, Two Systems" and will take into consideration not only the practical needs and requirements for safeguarding national security, but also the differences between the two systems and the actual situation in Hong Kong, the officials said.

The legislation will consider not only its consistency with the Constitution, the Basic Law and national laws on safeguarding national security, but also its compatibility and complementarity with Hong Kong's existing legal system. It will also take into account both the characteristics of the mainland's legal system and the traditions and customs of the common law, they added.

To ensure the effective implementation of this law in the HKSAR, it is essential for the central authorities to retain jurisdiction over certain crimes that seriously endanger national security under special circumstances, the officials said.

Embodying the principle of "punishing a tiny small group and protecting the vast majority," the legislation will ensure that the capitalist system in Hong Kong remains unchanged, the rights and freedoms enjoyed by Hong Kong residents in accordance with the law are not diminished, Hong Kong's judicial independence is intact, and all the legitimate rights and interests of foreigners and foreign investors' confidence in Hong Kong are guaranteed.

To the vast majority of Hong Kong residents, the legislation will provide further protection so that they can better enjoy the institutional advantages of "One Country, Two Systems," and live, work and start businesses in a safer, more stable and harmonious social environment, they said.

A total of 120 representatives from various sectors and organizations in Hong Kong attended the symposiums to express their views.

Voicing unanimous support to the legislation and calling for early promulgation of the law, the attendees said the law will plug loopholes in the HKSAR's legal system and enforcement mechanisms for safeguarding national security, so as to maintain the long-term prosperity and stability of Hong Kong and ensure the enduring development of the "One Country, Two Systems" principle.