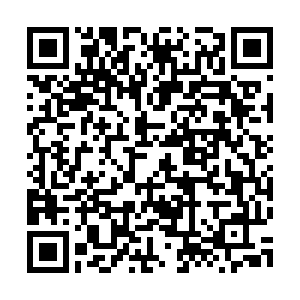 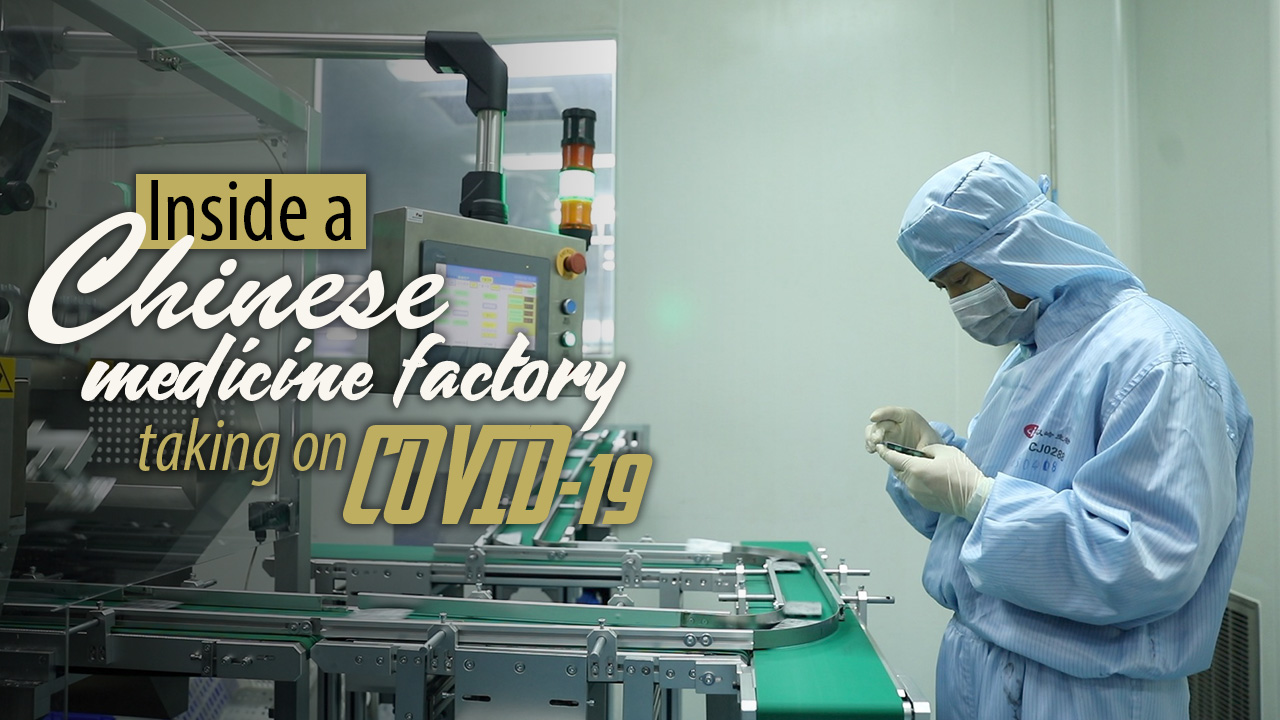 In its latest move, Beijing health authorities have included Chinese medicine into the treatment plan for COVID-19 patients, as the city is going through a resurgence of the novel coronavirus after a 56-day streak of no locally transmitted cases.

With the emergence of new clusters of cases linked to the Xinfadi wholesale market – a hub supplying some 80 percent of food for the city's residents – Beijing quickly reacted with a series of policy measures ranging from partial lockdown to expansion of testing to the revision of treating the disease with Chinese herbal medicine.

Manufacturers of Chinese patent drugs based on Traditional Chinese Medicine, or TCM, have been working non-stop to produce much-needed drugs. One of them is Yiling Pharmaceutical, the manufacturer of Lianhua Qingwen – one of the three Chinese medicines that have proven effective in curbing the virus following clinical trials.

"Since early February, we've halted the production of other products and focused all our capacity on producing Lianhua Qingwen," said Zhang Zhiguang, general manager of Yiling Pharmaceutical Beijing. In early May, the manufacturing bases at Yiling's Shijiazhuang headquarters and its Beijing branch could produce some 53 million capsules and 2 million granules each day, Zhang told CGTN.

The demand for Lianhua Qingwen has soared since Wuhan started converting public facilities into temporary hospitals in the wake of a spiraling rise of confirmed and suspected cases. 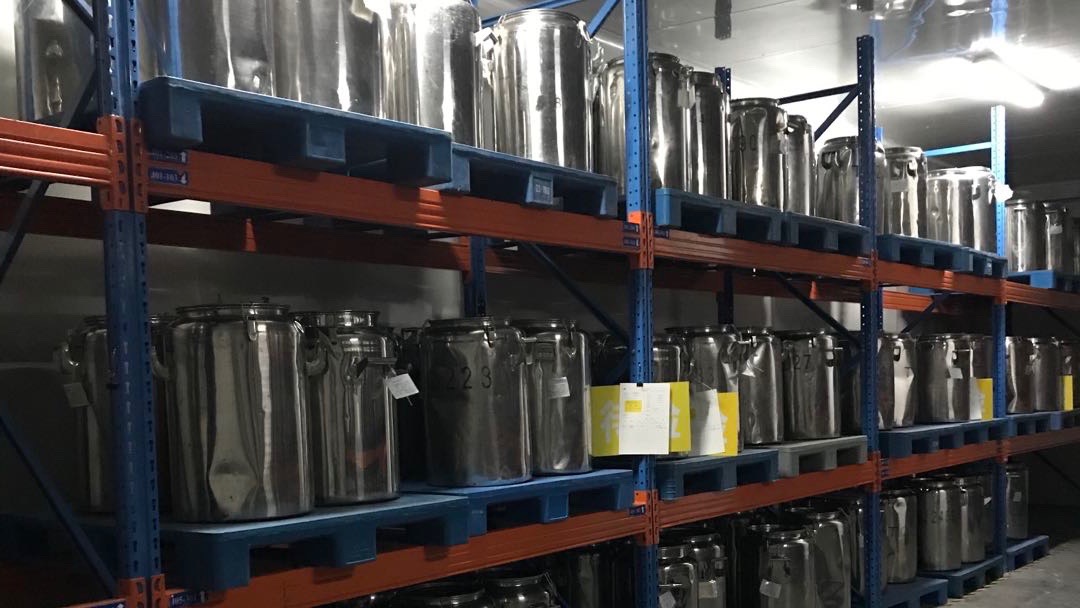 Lianhua Qingwen capsules or granules were used in 284 patients with mild and moderate COVID-19 symptoms at 23 hospitals across nine provinces. Results show that treatment using the drug for 14 days leads to a higher rate of recovery for mild and moderate cases, in that it helps reduce the proportion of mild cases developing into severe cases and shorten the duration in which patients go from testing positive to testing negative.

"It's proven effective in mitigating such symptoms as fever, fatigue, coughing, and breathing difficulties in patients," noted Zhang. "The experimental group showed signs of improvement in chest CT images compared with the control group."

Moreover, Zhang Boli, academician of the Chinese Academy of Engineering, added that Lianhua Qingwen could repair patients' damaged organs in their recovery phase and relieve symptoms in critically ill patients when combined with Western remedies. 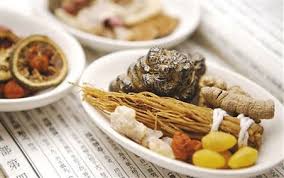 Nonetheless, Lianhua Qingwen has come under scrutiny in the wider international medical community even in the absence of a vaccine for the elusive virus. Critics hold that TCM lacks scientific standards for efficacy because it emphasizes individualized treatment. The trials for TCM products do not have double-blind tests and large enough sample sizes.

In early May, there was an uproar over a report that Swedish customs seized a batch of Lianhua Qingwen and later discovered that the capsules only contained menthol. Yiling later clarified that the confiscated capsules were not from their company because Lianhua Qingwen wasn't registered in Sweden. But controversies linger.

"The theoretical basis for modern Western medicine has only been around for about two hundred years. Meanwhile, Chinese medicine has been passed down for thousands of years, based on cumulative experience," said Zhu Tong, who works at a multinational pharmaceutical corporation.

But since the ingredients that make up Chinese remedies are complex, more research must be done into which ingredient leads to which effect. "Lianhua Qingwen has 13 herbal ingredients, and in China, only a few ingredients are tested regularly. But the U.S. Food and Drug Administration (FDA) requires every single ingredient to be tested for heavy metal and pesticide contamination, among other tests," said Zhang Chuangfeng, head of Chemistry, Manufacturing, and Controls at Yiling Pharmaceutical Beijing. 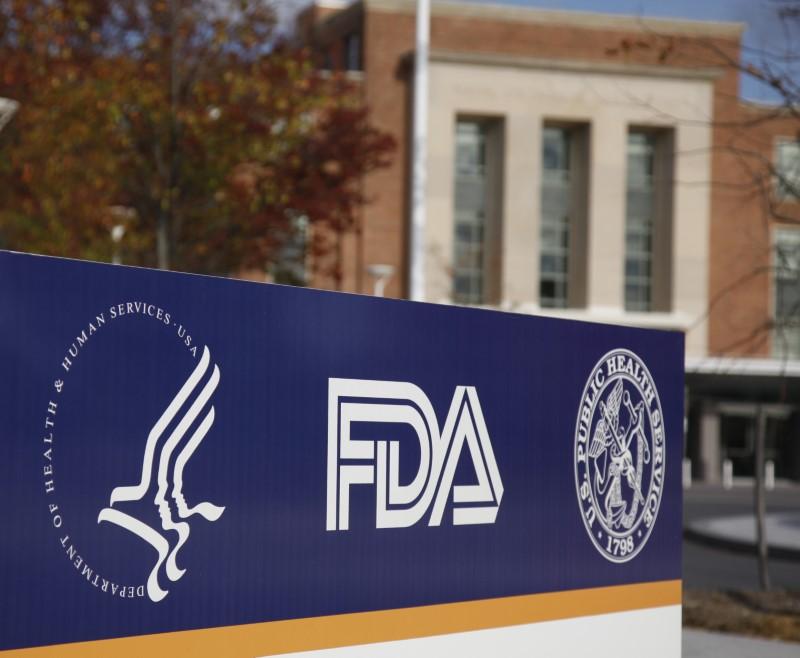 The headquarters of the U.S. Food and Drug Administration (FDA) is seen in Silver Spring, Maryland, U.S., November 4, 2009. /Reuters

The headquarters of the U.S. Food and Drug Administration (FDA) is seen in Silver Spring, Maryland, U.S., November 4, 2009. /Reuters

Each Western drug is composed of countable chemical compounds which then undergo toxicology and pharmacology assessments. But medications in TCM are mostly composite, consisting of many ingredients whose amounts are difficult to measure. Using Western standards to approve TCM treatments is extremely difficult.

"We must develop our own criteria for assessing the safety and efficacy of TCM," said the young researcher, who's been engaged in Lianhua Qingwen registration with the FDA upon graduation with a Ph.D. from Peking Union Medical College Pharmaceutical Institute in 2016.

There's a glimmer of hope, however. "The FDA has issued guidance for botanical drugs, which shows that it has gradually come to recognize their value," Zhang said. "Foreign drug regulators are also taking into consideration the unique characteristics of TCM, and some start skipping testing each component when granting approval. "We are meeting each other halfway."

This patent drug is nearing the end of phase II clinical trial, and Zhang's team is preparing materials for phase III.

That's a baby step, but this journey has been two decades in the making in what may be international acceptance and scientific modernization of an ancient tradition.