Pompeo's remarks not befitting of a Christian 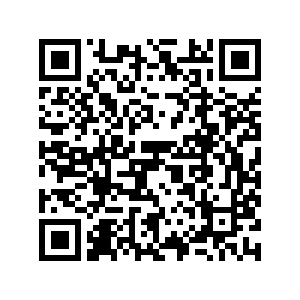 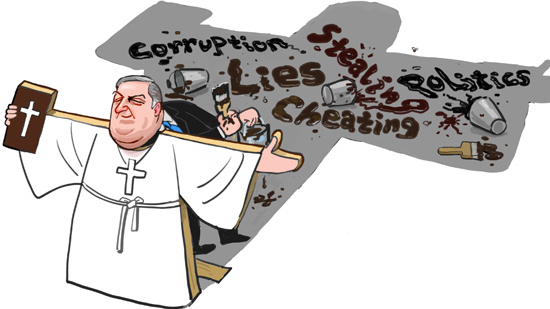 Editor's note: The following article was first published on Chinadaily.

U.S. Secretary of State Mike Pompeo often proclaims to be a "devout evangelical Christian". On the surface, he seems to be one.

Pompeo is a Capitol Hill patron and member of the White House Bible study group, studying the Bible with a pastor every week. During his recent visit to Egypt, he publicly said that he keeps the Bible on his desk to remind him of "God, God's words and the truth".

As a Christian who has God in his heart, follows the path of God, and pursues the Gospel, Pompeo should be a devout student of the teachings of Jesus Christ. And the most basic tenet of the Bible is honesty, integrity and moral purity, "putting away lying, speak the truth" to all, and to not "bear false witness" against anyone.

Yet since the COVID-19 pandemic outbreak, some U.S. politicians, due to their self-interests in the presidential election scheduled for November, have sacrificed people's lives and health by repeatedly making the wrong decisions, which has worsened the pandemic situation in the United States.

Instead of reflecting on their failure to contain the pandemic, Pompeo, among other U.S. politicians, has tried to create a web of lies, saying China covered up the facts of the outbreak to cheat the world, in an attempt to shift the blame for the pandemic on China.

Would a Christian who really believes in "love" spread such falsehood?

As a former director of the Central Intelligence Agency, Pompeo has confessed that the CIA "lies, cheats, steals, and has a class to teach these". Now, as U.S. secretary of state, Pompeo, more than ever, is using the same tricks to fool the American public and people in the rest of the world. Which are not in conformity to the beliefs of a Christian.

China has made painstaking efforts to prevent and control the spread of novel coronavirus. But the U.S. administration and politicians have politicized the pandemic right from the beginning, by first claiming media reports on the impact of the virus on the U.S. were "politically motivated", fake news and/or overreaction. And after the epidemic situation in the U.S. spiraled out of control, they tried to shift the blame on China to divert domestic public attention and cover up their failure to contain the virus. But the fact is, the U.S. administration's efforts to downplay the severity of the pandemic led to the devastating situation that we see in the U.S. today.

The virus has infected more than 2.24 million people and killed over 119,000 people in the U.S. What Pompeo and other U.S. politicians have said and done in recent months－as Christians－are not intended to save the lives and ensure the well-being of their "brothers and sisters" and ordinary American people, but to return to power so they can safeguard their personal and political interests.

To achieve their goals, they have used a series of lies and slanders to pass the buck to China, in order to mislead public opinions. Pompeo's words and deeds definitely are not those of a Christian; instead, he has sacrificed his faith and integrity, if he had any, to achieve his political goals.

His self-proclaimed devotion to the Christian faith and dedication to political pragmatism have limited his ability to bear witness to Christ and the Kingdom of Heaven. He cannot serve God and Mammon both. And if Pompeo keeps lowering his moral standards, he would be causing further harm to his faith. Pompeo's remarks and actions are certainly not befitting of a Christian.

The Bible tells people to do justice and show mercy to manifest God's glory and promote amity.

But by blaming China for the pandemic, claiming Wuhan to be the source of the virus and calling the novel coronavirus a "Chinese virus", Pompeo has contributed to the increase in racial discrimination and violent crimes against Asian Americans, Chinese Americans in particular, in the U.S. One wonders whether Pompeo, who has spread rumors and created panic, has read Jesus' Sermon on the Mount: "Blessed are the peacemakers, for they shall be called sons of God."

As far as the coronavirus outbreak is concerned, there are still many unknowns, including realistic and potential threats and fears.

As such, governments and peoples of all countries need to help each other in such difficult and uncertain times. The fight against HIV/AIDS and the Ebola epidemic has taught us that rumors, stigmatization, discrimination, exclusion and shirking of responsibilities are not the will of God, instead they are damaging to human dignity, which will only contribute to the spread of the novel coronavirus.

In such a situation, Christians should preach the truth－based on facts－fight against discrimination, and spread hope and love, so as to bring some comfort to the lives of ordinary people across the world.

In its fight against the coronavirus outbreak, China has given top priority to people's lives and health, directed resources in the service of the people, made extraordinary efforts and sacrifices, and achieved positive results.

Even the World Federation of Christian Churches, World Union of Evangelicals, the Archbishop of Canterbury, and churches and Christians in many countries have offered prayers for and support to China in its fight against the virus. This is the kind of love and care, responsibility and action a Christian should exhibit.

But what we have heard from Pompeo are lies, because he is so caught up in his own and the U.S. administration's subterfuges and conspiracies that he has come to reject the truth, the backbone of the Christian faith.

Pompeo is just like any other politician who pretends to be a true Christian but in actuality has no interest in religion except to manipulate and exploit it to fulfill his own goals.