Tearing down racist statues is not historical revisionism, keeping them up is
Bradley Blankenship 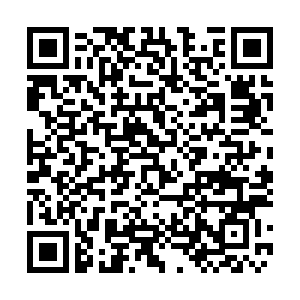 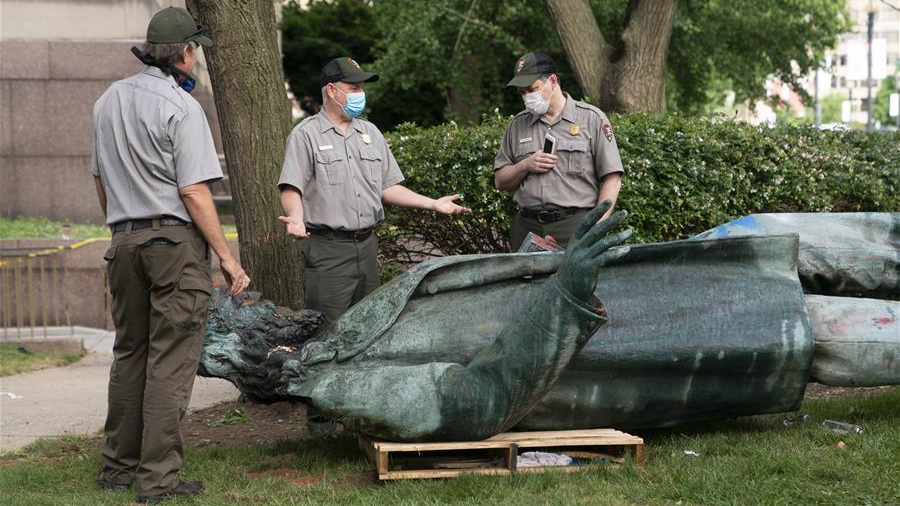 Staff members of the U.S. National Park Service remove a statue of Confederate General Albert Pike after it was toppled down by protesters, Washington, D.C., U.S., June 20, 2020. /Xinhua

Staff members of the U.S. National Park Service remove a statue of Confederate General Albert Pike after it was toppled down by protesters, Washington, D.C., U.S., June 20, 2020. /Xinhua

On June 23, U.S. President Donald Trump tweeted that he has authorized the federal government to arrest "anyone who vandalizes or destroys any monument, statue or other such federal property in the U.S." with up to a 10-year prison sentence.

This move by the president, which he noted would be able to take effect retroactively, follows a series of statements by Trump asking where the defacing of monuments would end.

Could George Washington be next? Or Thomas Jefferson? After all, both of these "Founding Fathers" owned slaves themselves. This line of questioning itself admits the fundamental problem: systemic racism and inequality have always been endemic to the American system.

There were nearly 1,800 confederate symbols in the U.S. as of June 9, according to the Southern Poverty Law Center. Many defend these monuments on the basis that they are a dark yet crucial part of American history and that, like the old cliche, forgetting the past leaves us doomed to repeat it.

However, the timing of the monuments themselves being built explicitly shows that they are not to commemorate the past, but to reaffirm white suprematism in response to the Civil Rights Movement of the 20th century.

Two notable spikes in the construction of such monuments happened in the early 1900s and then the 1950s and 60s – two important eras in civil rights with the introduction of Jim Crow laws first and the resistance to them in the Civil Rights Movement that followed decades later.

There are even 10 U.S. military bases that bear the name of Confederate leaders – traitors by any definition – in an apparent endorsement by the U.S. of the Confederacy's general sentiment. The popular states' rights argument to explain the cause of the Civil War is an offshoot of this, arguing that the war was started against an overreaching federal government that infringed on states' rights to self-govern.

All of this is historical revisionism to reinforce the white supremacist American system – from the monuments, the historical narrative and its discussion in current politics. There is no doubt – none at all by any serious historian – the Confederacy began to protect the institution of slavery.

In 1861, Confederate Vice President Alexander H. Stephens said in his famous "Cornerstone Speech" in Savannah, Georgia that the confederacy's foundations are laid upon the "great truth" that African American people are not equal to white people and that slavery is their "natural and normal condition."

Members of the Mississippi Secession Convention called slavery "the greatest material interest in the world," an idea shared by other secessionist states. The Constitution of the Confederate States of America itself explicitly defended the institution of slavery by name.

Despite the overwhelming evidence coupled with the explicit self-admission by historical Confederate figures and their own internal documents, a Pew Research Center poll from 2011 suggested at the time that a plurality of Americans, 48 percent, believed that states' rights was the primary cause of the war, with only 38 percent naming slavery as the primary cause.

Disturbingly, young people were more likely to believe that states' rights were the cause of the war – 60 percent of those under age 30. This shows a deliberate and successful historical revisionism.

However, historical revisionism is a necessary part of the American identity. The United States of America itself, under the Constitution officially ratified in 1788, was created to strengthen the wealthy American elite against popular uprisings, similar to what we see today. 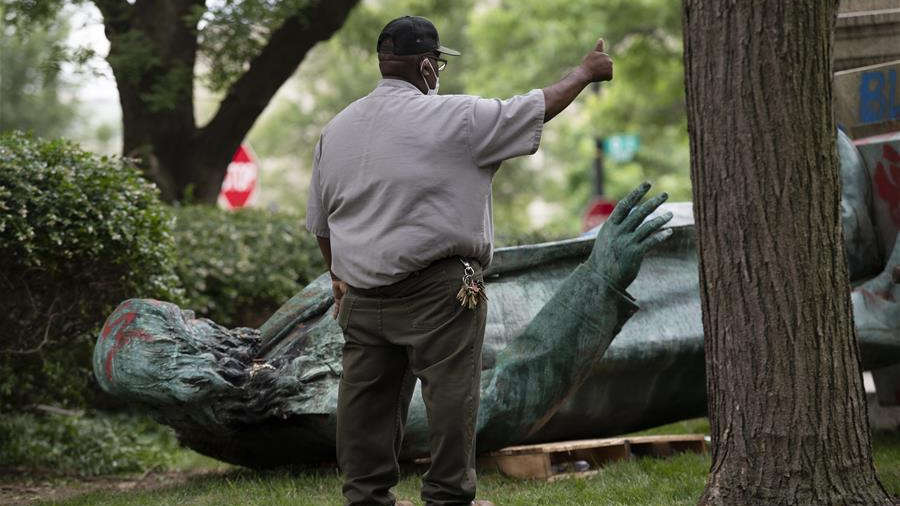 A staff member of the U.S. National Park Service works to remove a statue of Confederate General Albert Pike after it was toppled down by protesters, Washington, D.C., U.S., June 20, 2020. /Xinhua

A staff member of the U.S. National Park Service works to remove a statue of Confederate General Albert Pike after it was toppled down by protesters, Washington, D.C., U.S., June 20, 2020. /Xinhua

The Constitutional Convention of 1787 that established the Constitution of the United States of America followed in the wake of a popular uprising in Massachusetts by the name of Shays's Rebellion, named after its leader, Captain Daniel Shays.

Thousands of farmers, unpaid Revolutionary War veterans and others joined Captain Shays in a protest against economic and civil rights injustices that plagued the newly independent country as creditors squeezed the impoverished through states' legal systems.

After months of well-organized direct action in shutting down courts stacked against debtors, the arrest of several organizers radicalized the movement into a full-scale rebellion.

Due to a lack of any strong interstate coordination under the Articles of Confederation, Governor James Bowdoin of Massachusetts pushed for a privately funded army that eventually made short work of Daniel Shays and the rebellion that bears his namesake.

To this day, Shays's inconspicuous gravestone bears a tokenized nod to his rebellion that "influenced the creation of the U.S. constitution."

Meanwhile, the white slave-owners who gathered together to create a government to ensure that something like this would never happen again, a power Trump is now exercising, were deified with monuments and mythology in the American canon.

There is no doubt that anyone from the past would not stand perfectly in the present – culture changes and so do people with it. However, barring the political discourse and looking squarely at the facts, there is no doubt that the current institutions of racism and inequality are nothing new. They have always been around.

These systemic features of America came about deliberately and have over time been insulated by a racist and unjust historical interpretation meant to impose an ideology of manifest inequality.

In this sense, what's happening now in regard to removing monuments is not a revision of history in the negative sense, but rather a correction of history in order to create a more equitable present.