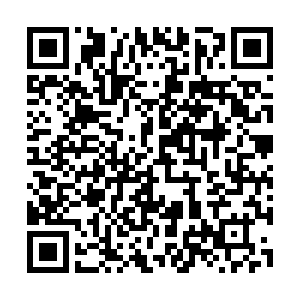 Senior aides to U.S. President Donald Trump began discussions on Tuesday on whether to give Israeli Prime Minister Benjamin Netanyahu a green light for his plan to annex settlements in the occupied West Bank, according to Reuters' contacts who are familiar with the deliberations.

Trump, whose support Netanyahu is counting on for a move that has drawn condemnation from the Palestinians and U.S. Arab allies, did not participate, the official said, speaking on condition of anonymity. But U.S. sources have said he could join in later as this week's deliberations continue.

Under Trump's Middle East peace proposal unveiled in January, it is envisaged that the United States would recognize the Jewish settlements — built on land the Palestinians seek for a state — as part of Israel.

Trump's proposal would eventually create a Palestinian state under a broader peace plan but impose strict conditions on it. Palestinian leaders have completely rejected the initiative.

Encouraged by Trump's push, Netanyahu intends to launch his project of extending sovereignty over the settlements and the Jordan Valley, hoping for U.S. approval. Most countries view Israel's settlements as illegal, and Palestinian leaders have voiced outrage at the prospect of annexation.

Among the main options under U.S. consideration is a step-by-step process in which Israel would initially declare sovereignty over several settlements close to Jerusalem instead of the 30 percent of the West Bank envisaged in Netanyahu's original plan, according to a person close to matter.

Trump has not closed the door to a larger annexation, but fears that allowing Israel to move too fast could kill any hopes of drawing the Palestinians into talks on Trump's plan, the source said.

There are also concerns about opposition from Jordan, one of only two countries that have a peace treaty with Israel, and from Gulf states that have quietly expanded engagement with Israel.

The officials on Tuesday held what one source called "informal internal discussions." No decisions were reached at the meeting, which Kushner attended before leaving with Trump on a trip to Arizona, the U.S. official said.

Washington has also made clear it wants Israel's unity government, divided on the issue, to reach a consensus.

For the first time, an Emirati official published an opinion piece in an Israeli newspaper earlier this month to warn against jeopardising any warming of ties.

"Annexation will certainly and immediately upend Israeli aspirations for improved security, economic and cultural ties with the Arab world and with the UAE," Yousef al-Otaiba, Emirati ambassador to Washington, wrote in top-selling daily Yediot Aharonot.

In addition to opposition from the international community, Netanyahu must also weigh Washington's position on unilateral annexation.

The U.S. peace deal anticipates the move as part of a negotiating process, although Palestinian officials cut ties with Washington in 2017 and have rejected the latest proposals out of hand.

Fears of violence have also raised concerns among the Israeli electorate, whose support for annexation has fallen below 50 percent.

With an economic crisis brought on by the coronavirus pandemic and a recent spike in infections, many Israelis are prioritizing their daily lives over the annexation plans.