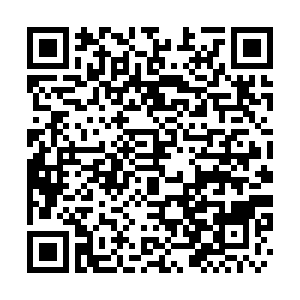 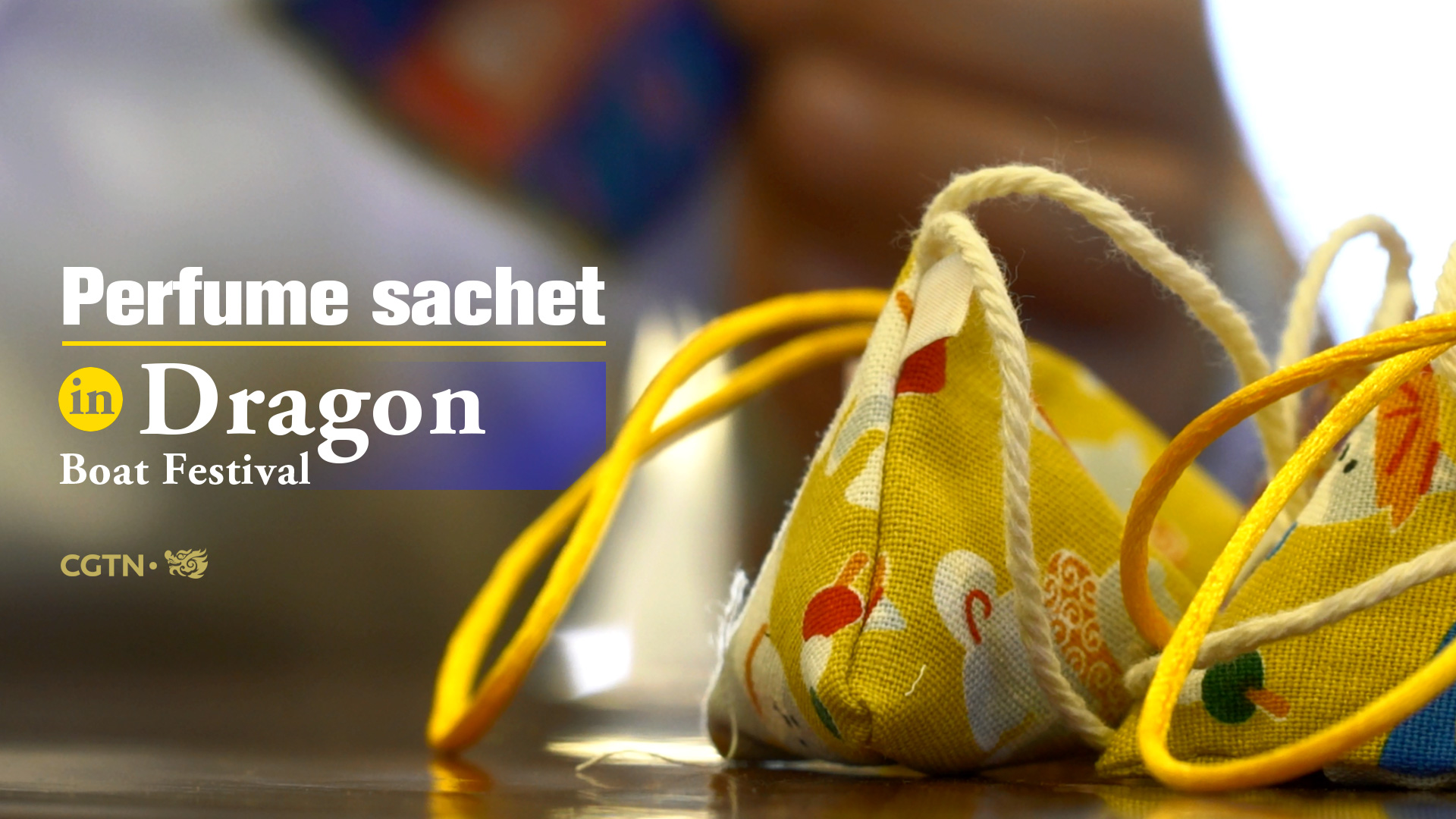 Editor's note: The Dragon Boat Festival, a long-standing traditional festival in China, has many traditional customs, such as eating zongzi, dragon boat racing, and wearing perfume sachets. Simple and easy to follow, most of these customs are quite popular. So, what is the perfume sachet? You might be curious. Why is this little pocket still popular after today? CGTN talks with Zhang Bin, chairman of Guangyuyuan Chinese Herbal Medicine, and perfume sachet developer Lang Bicheng, who give us answers.

Guangyuyuan, founded in 1541, is one of the oldest traditional Chinese medicine brands still in existence. Lang Bicheng, director of Guangyuyuan Chinese Medicine Outpatient Department, told CGTN that perfume sachets have been around since ancient China. At that time, it was just a pouch for people to carry small, valuable things.

"With time, people began to put some herbs in the sachets. It is equivalent to our traditional Chinese medicine (TCM) for external use. Gradually, the perfume sachet was created," Lang added. 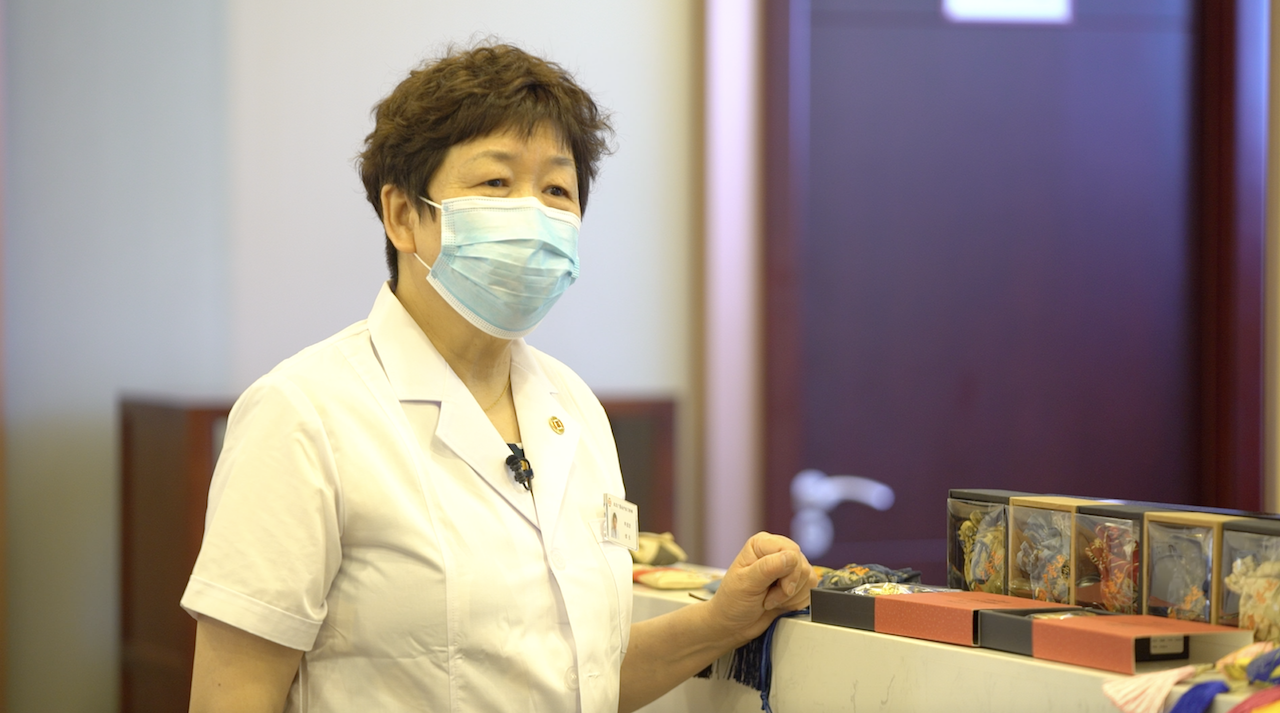 The ones put in the sachets are generally herbal medicines with strong aromatic odors that can purify the air and enhance immunity, like mugwort, moxa, and calamus.

According to Lang, perfume sachets work mainly in two ways: one is to prevent mosquitoes and insects. Because the Dragon Boat Festival is held in south China's Meiyu season, mosquitoes are very rampant and easy to spread infectious diseases. In ancient times, the control of mosquitoes was a matter of life and death, wearing a perfume sachet thus played a role in disinfection and driving away mosquitoes. 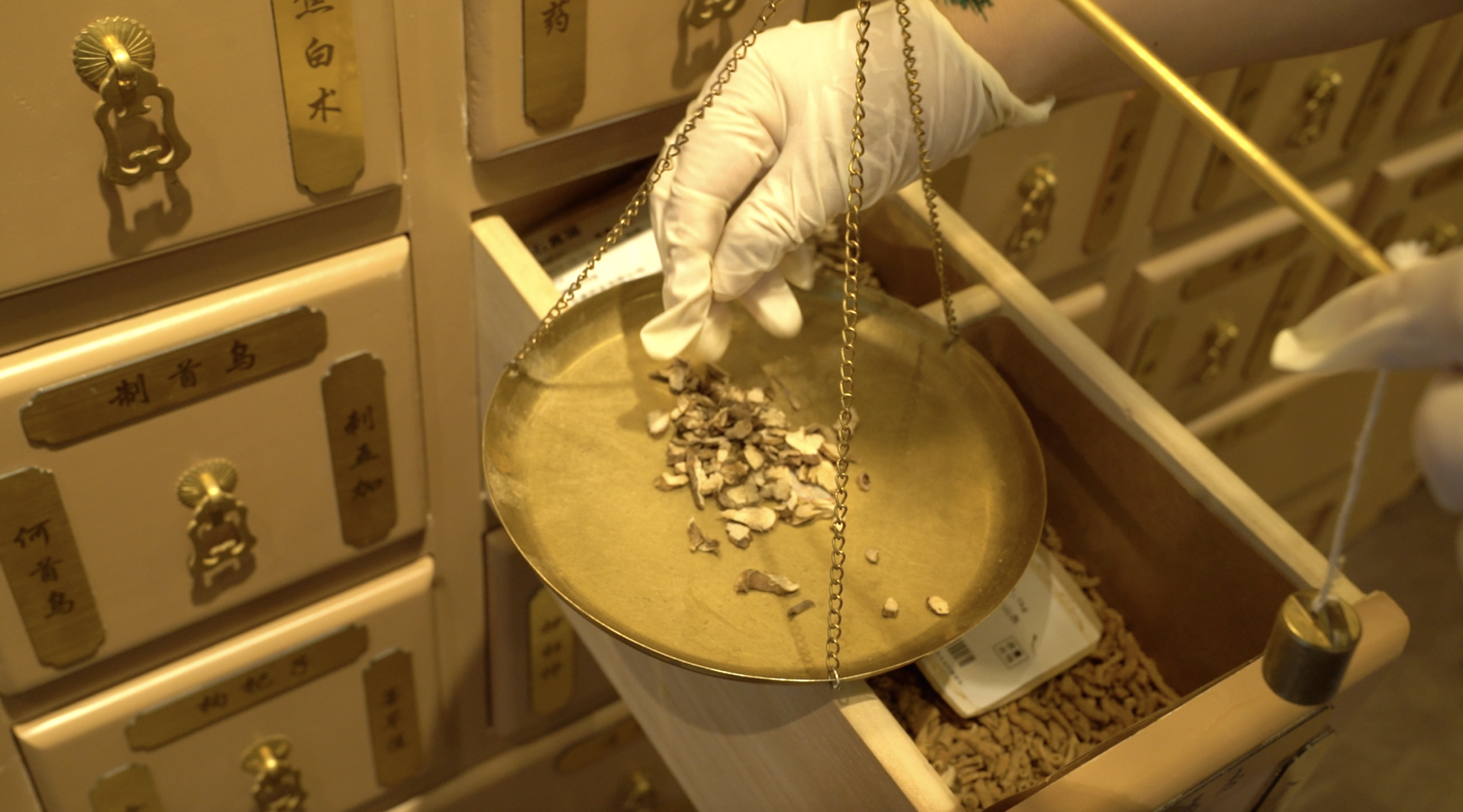 "Now, during the (COVID-19) epidemic we are constantly disinfecting, but in ancient China, there were no disinfection facilities like today," Lang said. Wearing a perfume sachet might be another way to spray mosquito potions today.

"So in the case of diseases, ancient Chinese would burn mugwort and other Chinese herbs for disinfection. For example, if a family had someone with tuberculosis, they would hang Chinese herbs in the house, helping purify the air and disinfecting the environment," she added. 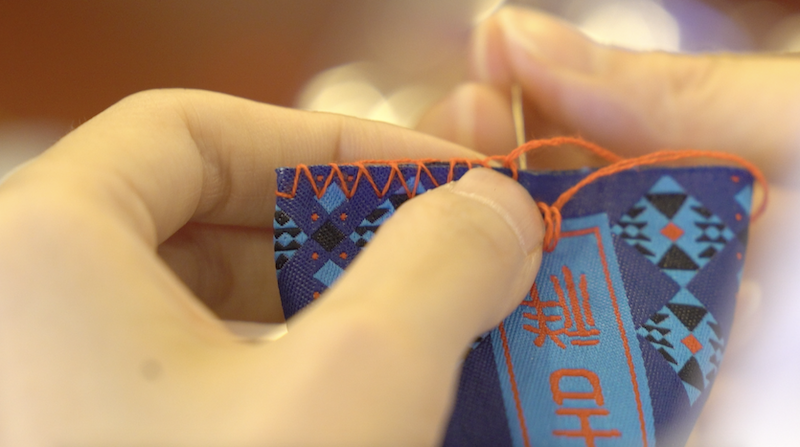 Another is to improve the mental state. During hot summer, people usually lose their appetite. Putting certain amount of herbs in the sachets can help improve their mental state, thus reducing the possibility of illness to some extent, she said.

From the perspective of TCM, the recipe for perfume sachets cannot be generalized, and sometimes even needs to be properly formulated according to gender, season, and living environment, Lang told CGTN. And these are also drawn from observing basic natural laws, such as the fact that most southern Chinese cities are very humid, so mosquitoes come earlier than the northern cities. Therefore, the herbs should be properly adjusted. 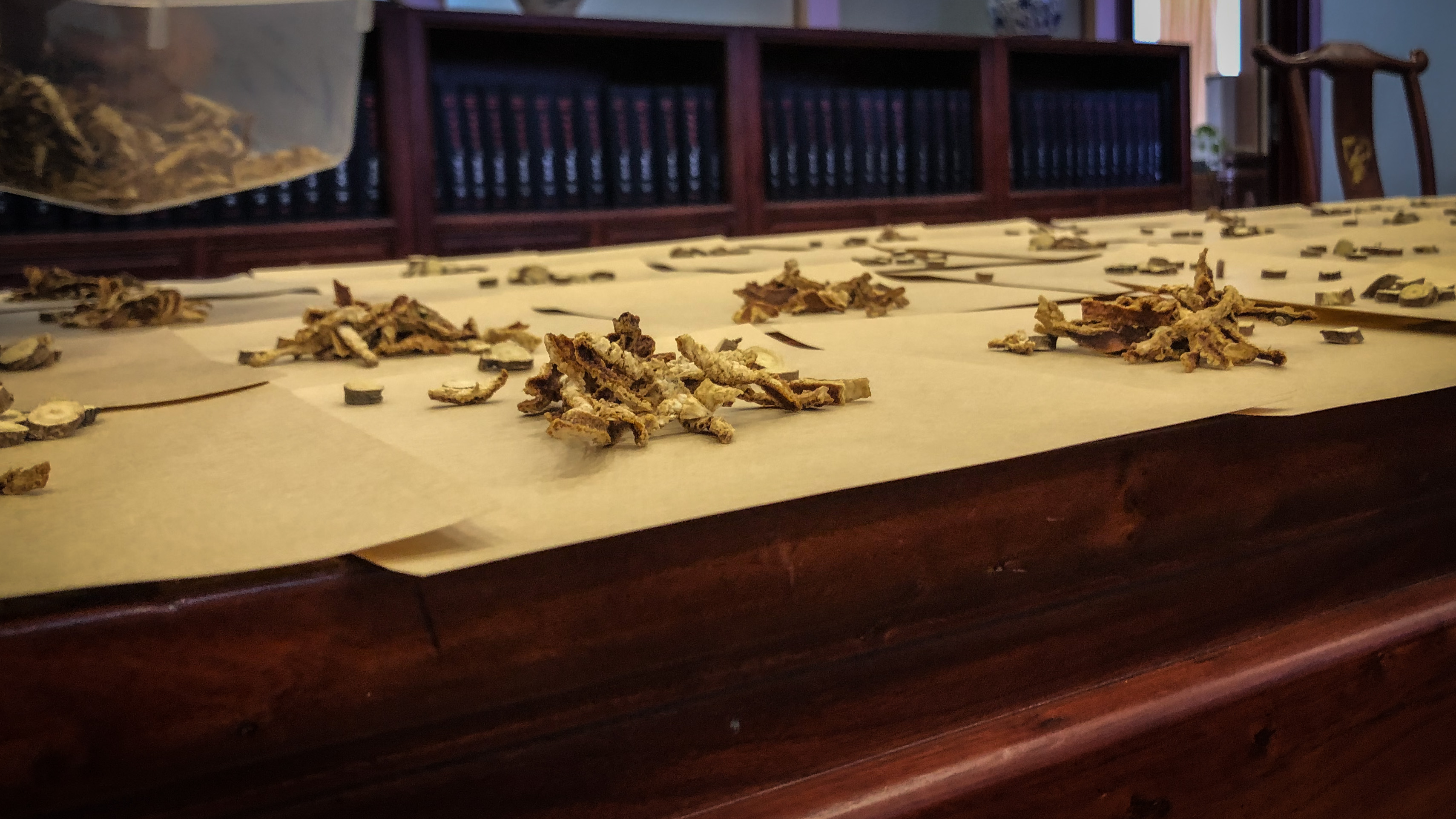 "(Making a perfume sachet) requires a pharmacist to carefully choose compatible medicines," said Lang. When making sachets, not every Chinese medicine needs to be ground very fine, because they may not work in the desirable way. The pharmacist will grind each herb according to its nature to get the most potency out of it.

"The reason why TCM has been marginalized over the past decade or so is connected to the quality and efficacy of the products. In fact, whether it is young Chinese or foreigners, they are most concerned about the quality and efficacy of the product, especially medicine. So, TCM has to go back to basics," Zhang Bin, chairman of Guangyuyuan Chinese Herbal Medicine, observed. 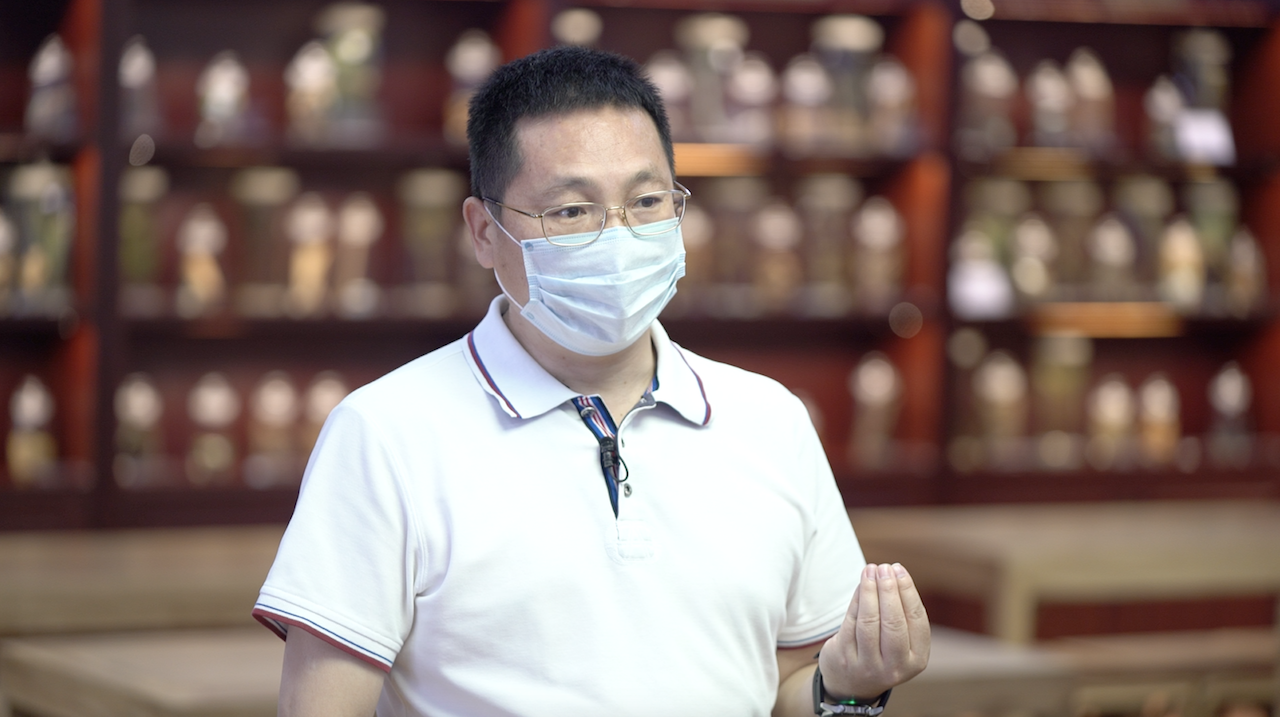 However, the actual effectiveness of TCM in COVID-19 pandemic is evident to all. According to data from Xinhua News Agency in April, more than 90 percent of China's confirmed cases of COVID-19 benefited from TCM. The total effective rate of TCM reached over 90 percent.

The treatment of severe cases is now a focus for doctors around the world, with many believing that TCM is only suitable for treating chronic diseases or as a form of disease prevention, but in fact, the combination of Chinese and Western medicine in the treatment of critically ill patients in China's medical protocols is also the key to cope with the COVID-19 epidemic, Xinhua reported. 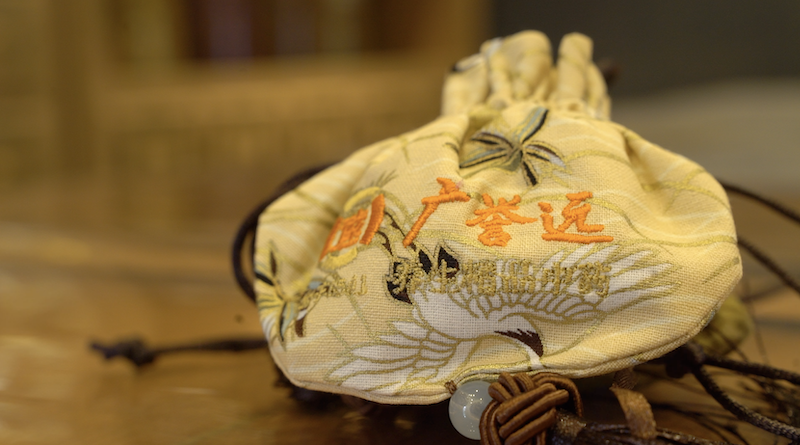 The perfume sachet is part of Chinese medicine culture. /CGTN

The perfume sachet is part of Chinese medicine culture. /CGTN

Such "misunderstanding" might be caused by some enterprises which don't strictly control the quality of TCM products, Zhang noted. "I hope that more 'Time-honored brands' will work together to uphold and undertake the mission and responsibility of reviving TCM brands."