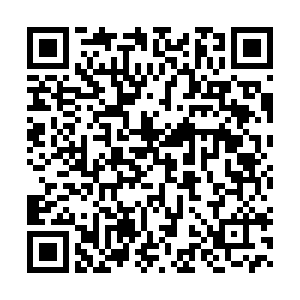 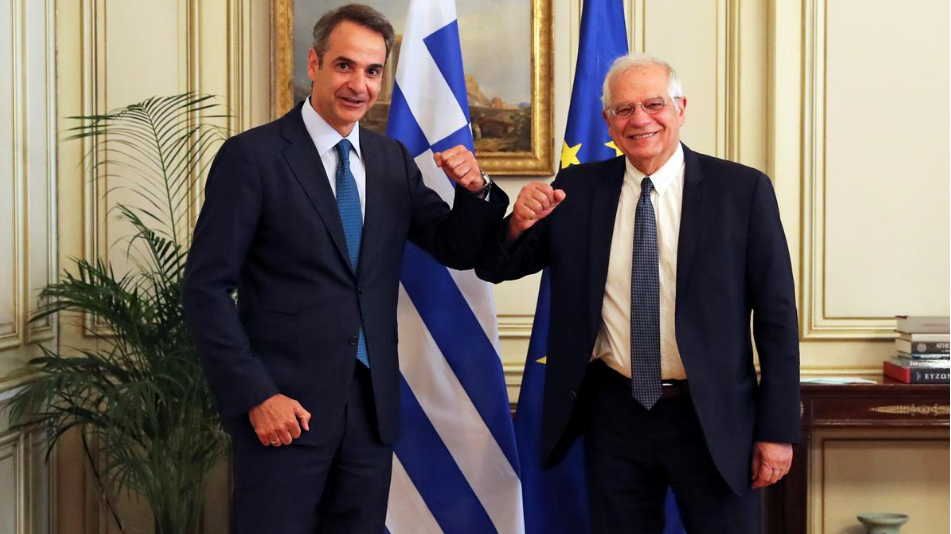 The European Union's top diplomat said the EU's determined to protect its external borders during his visit to Greece on Wednesday after a standoff in March in which thousands of migrants attempted to force their way into Greece, triggering clashes on their border. It also comes after a series of recent disputes over airspace and sea boundaries.

"Today, after a short interval due to the pandemic, Turkey has once again stated that its land borders with Europe are open, its coast guard is escorting boats loaded with migrants heading toward the Greek islands and it insists on undermining security, stability and peace in the Eastern Mediterranean," Greek Foreign Minister Nikos Dendias said, while he referred in detail to Ankara's provocativeness and said that Turkey has caused problem for all its neighbors.

Before the coronavirus pandemic closed frontiers and halted travel, Ankara said in February it would no longer try to keep refugees fleeing Syria's war and elsewhere on Turkish soil as it had under a deal it agreed with the bloc in 2016 in return for billions of euros in aid.

An estimated 35,000 migrants from the Middle East, Afghanistan, Pakistan tried to enter Greece, a EU member state. Greece used tear gas and water cannons to hold them back.

Brussels and Athens accused Ankara of goading migrants to storm the border in a bid to "blackmail" Europe into offering more cash and support in the Syrian conflict.

Turkey hosts about 3.6 million refugees from Syria, where its troops and allied rebel forces have battled Russian-backed government forces, and says the EU has failed to honor promises made to Ankara.

"I think we have to stand by our interest(s) and to engage on re-establishing trust," Josep Borrell, the EU's foreign policy chief, said during the visit to a border region Greece shares with Turkey.

"It is very clear we are determined to protect the external border of the European Union and to strongly support Greek sovereignty," Borrell said.

Migration is just one source of dispute between Greece and Turkey. The two countries are at odds over a host of issues from disputed airspace, sea boundaries, minority rights and energy exploration, particularly in the eastern Mediterranean.

Borrell was due to travel to Cyprus on Thursday, which has complained of Turkish attempts to explore for gas in its maritime zones. Turkey says it is within its rights and is protecting the rights of Turkish Cypriots on the ethnically split island.

On the spike of the tension between Greece and Turkey in recent weeks, Borrell told Greek officials that though there are a lot of overflights, it's important to "establish a minimum trust and dialogue with Turkey to stop this escalation."

"Greece is maybe the member-state most interested in having a good relationship with Turkey and I think that we have to work together in order to fulfill this purpose and to go back to a certain normal," said Borrell.

Responding to the comment, Greece said that Athens is "always open to a constructive relationship" with Ankara, but added that it is "important for Turkey to stop its provocative actions which infringe on the sovereign rights of Greece and Cyprus."

Divided over a series of issues, including territorial disputes in the Aegean, Greece and Turkey have come to the brink of war three times since the 1970s.