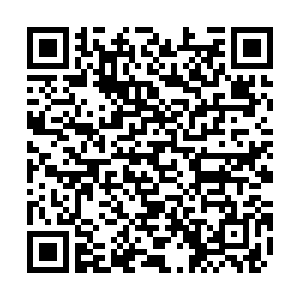 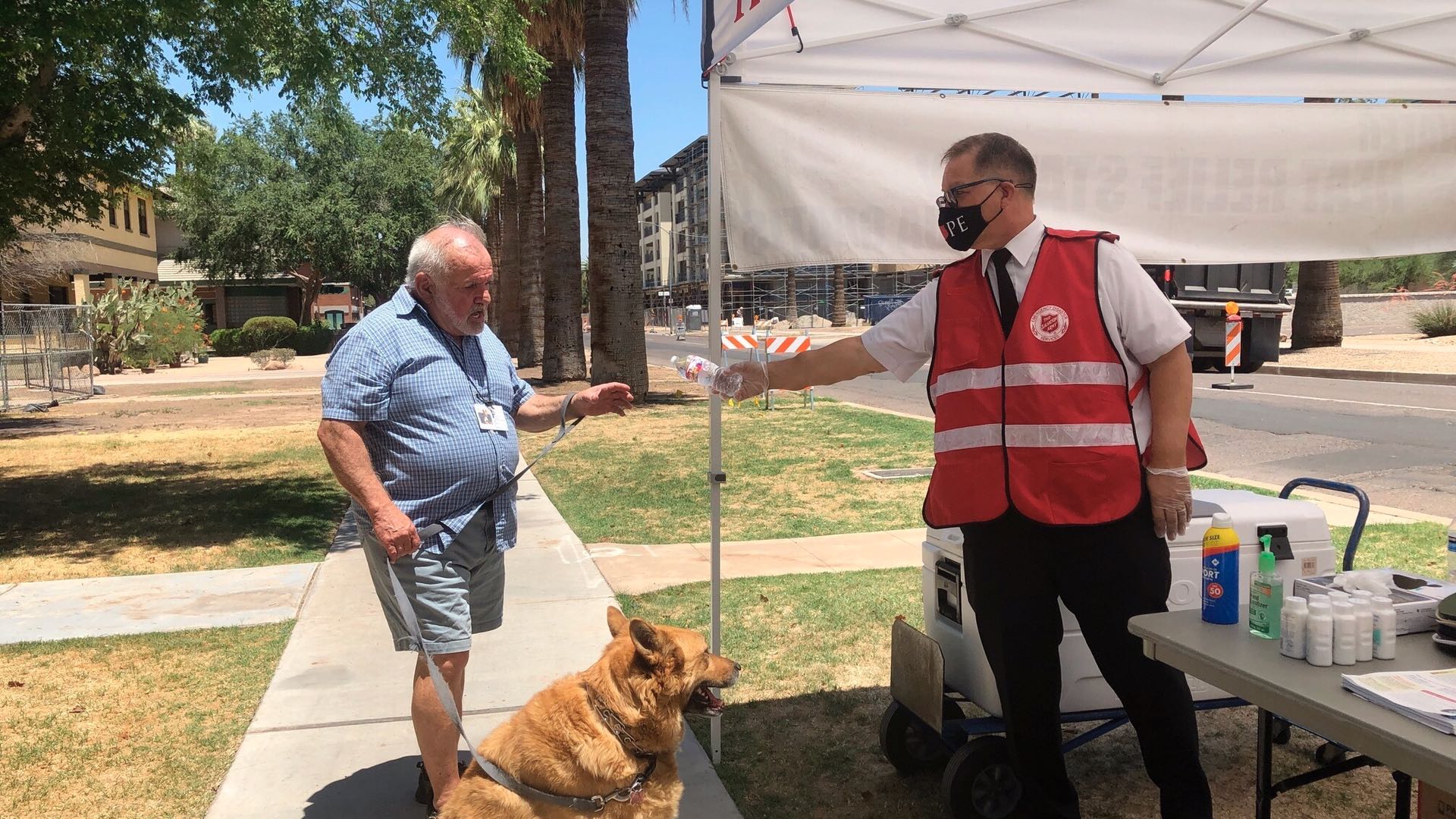 In 1995, an intense heat wave killed more than 700 people, mostly older adults living alone in Chicago. With social distancing rules in place and temperatures rising in many parts of the U.S., the situation could worsen for senior citizens, depriving them of services to deal with the heat.

More than 12,000 Americans die of heat-related causes annually. Over 80 percent of these victims are adults above the age of 60. Frequent visits by close relatives and caregivers are restricted because of the social distancing rules enforced to avoid coronavirus infection, according to a research brief released by Climate Central on Wednesday.

"The combination of extreme summer heat and millions of people home alone and isolating is potentially catastrophic," said Eric Klinenberg, a sociologist at New York University.

With public facilities like libraries and recreation centers shutting down their air conditioners to prevent the transmission of the virus that causes COVID-19, older adults struggling with finances will lose a place of refuge. A section of senior citizens who are unable to pay their electricity bills, use these facilities to escape the scorching summer.

"This coming summer, with people staying at home and sheltering in place and public places, shut down, I have real concerns about social isolation turning deadly on a massive scale," added Klinenberg.

According to recent data, the number of Americans over 65 hovers at around 52 million, a figure likely to double by 2060.

"As the summer months roll around, if you are isolated, if you are elderly and it's hot out, and you are concerned about COVID, we're kind of entering the perfect storm for bad things to happen," said Dr. Jay Lemery, professor of emergency medicine, University of Colorado School of Medicine.

During Chicago's four-day heat wave in July, dead bodies overwhelmed morgues, and refrigerated trucks were used to store the corpses of heat stress victims. "Being socially isolated was the leading epidemiological risk factor for dying that week," Klinenberg recalled. 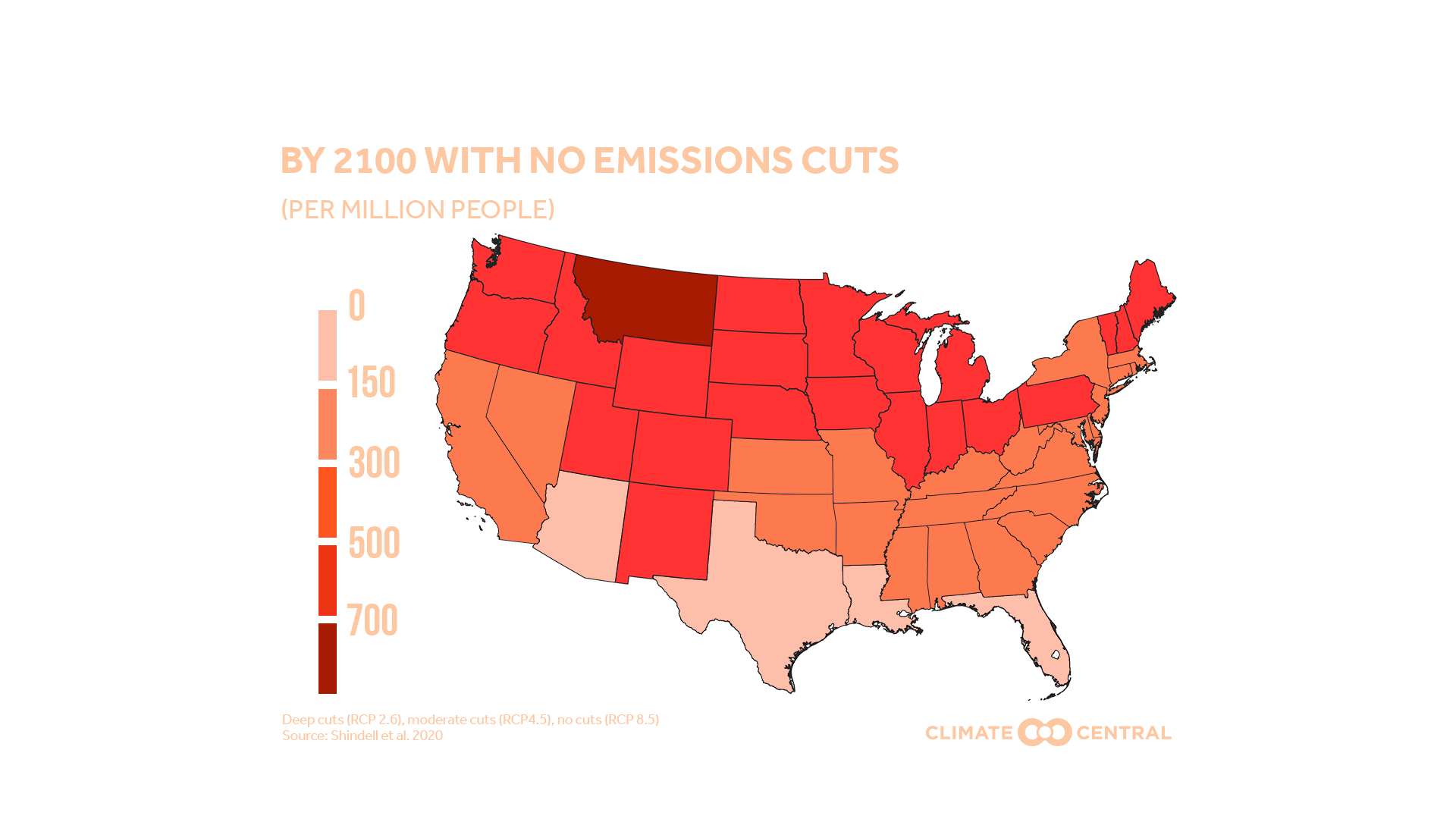 The number of heat-related deaths will continually rise if greenhouse gas emissions are not reduced to limit global temperature rise within two degrees Celsius./Climate Central

The number of heat-related deaths will continually rise if greenhouse gas emissions are not reduced to limit global temperature rise within two degrees Celsius./Climate Central

The world is witnessing an exceptional rise in temperatures, especially in June and July, recording historically high temperatures. Last July was the hottest month ever recorded on Earth, with temperatures shooting up by .04 degrees Celsius compared to average temperatures in July 2016.

In the U.S., a majority of cities are also witnessing a similar trend, with a maximum increase recorded from in Reno and Las Vegas. Chicago saw 27 percent more hotter-than-average summer days during the past decade than in the 1990s, according to a Climate Central analysis.

"That's certainly what we've witnessed over the past 30 years. So it is going to be a big problem, and it's something where we're not necessarily yet fully equipped," he added.

The majority of the health services and helplines set up to deal with heat stress issues are already overwhelmed with coronavirus cases.

Community-led initiatives like connecting with neighbors and keeping a tab on seniors could also help in dealing with the situation.

"People should know that heat deaths are also deaths of isolation, and when the weather gets very warm, everyone should reach out to older and more vulnerable people," said Klinenberg.

(Cover: A heat relief station offering cold water and a cool place inside to rest out of the brutal sun will be open every day through Sunday while an excessive heat warning is in effect in Phoenix, Arizona, May 28, 2020. /AP)