New U.S. tariffs show again why it is an unreliable partner for Europe
Tom Fowdy 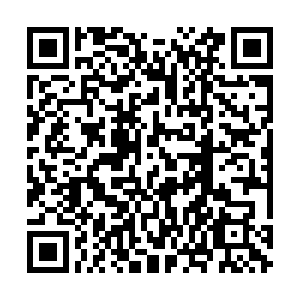 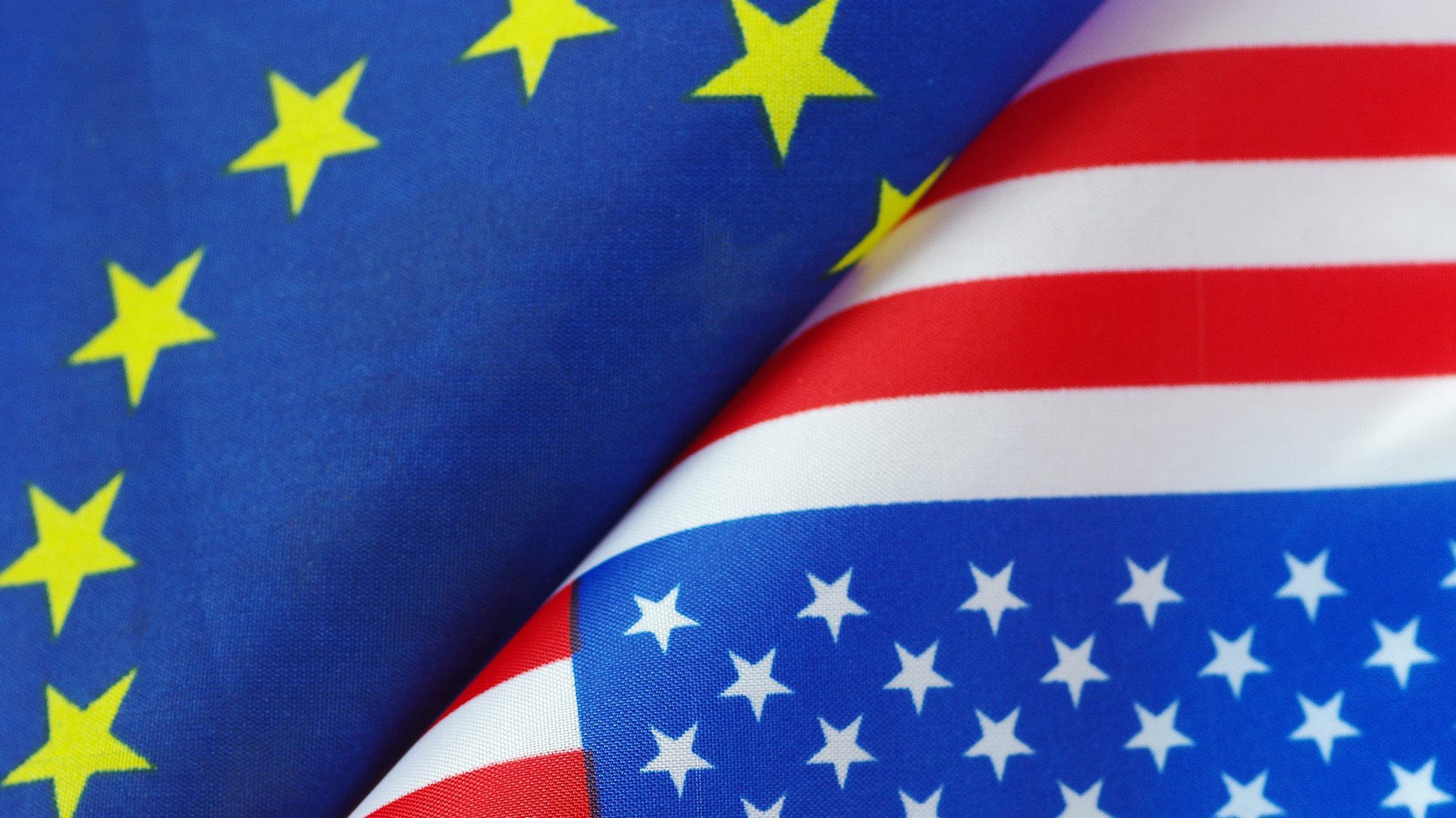 After a breakdown in trade negotiations over a longstanding dispute pertaining to subsidies for the European aviation manufacturer Airbus, the Trump administration is now weighing new tariffs of 3.1 billion U.S. dollars on EU and British exports into the United States, coming on top of the levies imposed by the White House on Europe last summer. Exports which are set to be targeted include olives, coffee, chocolate, beer, gin, trucks and machinery.

The inclusion of the United Kingdom in the pending duties (which is part of the Airbus supply chain), as it prepares for a clean break from the EU, is particularly notable as Washington continues to negotiate with Downing Street over a future free trade agreement. The European commission described the move as "damaging" and started the tariffs create uncertainty for companies and inflicts unnecessary economic damage on both sides of the Atlantic.

This comes just days after the leaders of the institution held a virtual summit with Chinese President Xi Jinping, and aggressive comments from Mike Pompeo persistently demanding the continent take a more confrontational stance towards China.

One thing is very clear from this development – under the Trump administration, the European Union (and the United Kingdom) cannot trust the United States as a reliable or good faith economic partner of which will respect European interests.

Although the subsidy dispute with Airbus has gone on for many years, the White House has seen to escalate it aggressively as part of the president's unilateral trade agenda which has seen the routine weaponization of tariffs and WTO disputes. Trump has repeatedly accused Germany for one of "ripping off" the United States and has threatened to target their automobile industry. As a result, Europe must be cautious and continue in the bid to negotiating greater market access agreements with China.

The Trump administration's trade policy aims to weaponize protectionist policies on a unilateral level in order to pry other country's markets open in a one-sided manner to the sole benefit of American industries and preferences. His primary weapon of negotiation is the tariff, which has been used overwhelmingly concerning China and with a slowly escalating intensity on Europe. 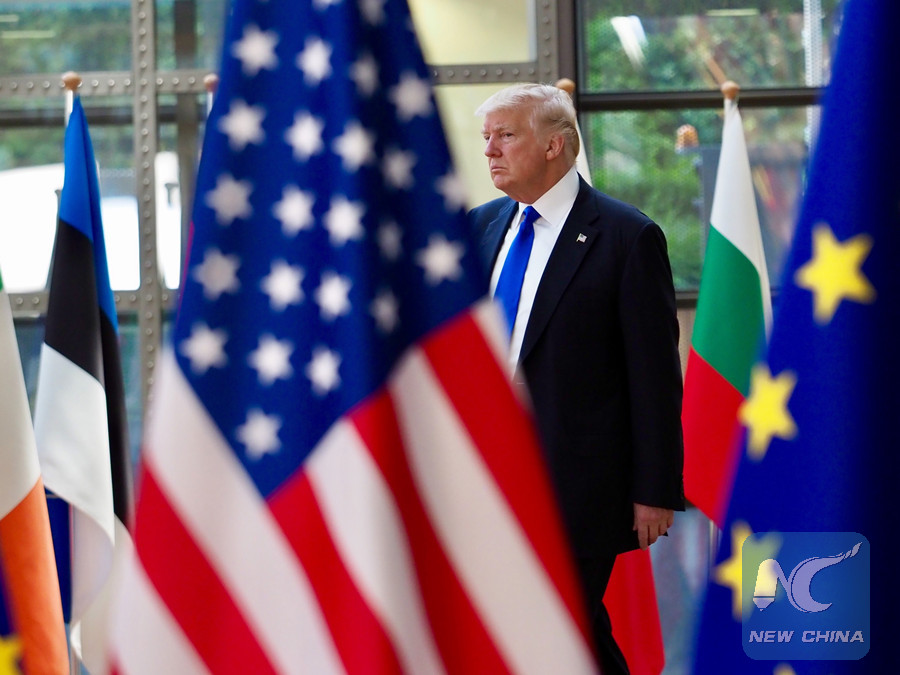 U.S. President Donald Trump walks prior to the EU-U.S. Leaders' Meeting at the European Council headquarters, in Brussels, Belgium, May 25, 2017. /Xinhua

U.S. President Donald Trump walks prior to the EU-U.S. Leaders' Meeting at the European Council headquarters, in Brussels, Belgium, May 25, 2017. /Xinhua

The bloc's "single market" system and its given rules and regulations constitute a block to American business interests, especially in Trump's field of agriculture (the EU common agricultural policy), automobiles and vehicles, as well as with this signature dispute: aviation (and the matter of subsidies).

Airbus in particular represents a challenge to the global dominance of the American aerospace Boeing, a company upon which American strategic and defense objectives are rooted. As a result, Airbus has been the primary target of EU-U.S. trade disputes as it represents an indirect challenge to America's hegemony over markets considered strategic.

In waging this, the president incorporates it into his wider "America First" agenda which seeks to eventually obtain massive market access concessions from Europe, namely in the fields above specified. The continent is not treated as an equal partner, but merely a suitable extension for American preferences.

Trade negotiations with the United Kingdom, although soon departing European Customs arrangements, illustrates this point. Despite Brexit, the United Kingdom itself remains part of the Airbus supply chain with 13,500 employees in Britain and as a result, is being targeted with tariffs by Washington. The last round of tariffs already targeted a number of UK exports including Scottish whiskey.

In tandem with applying more tariffs, the White House is also engaging in trade negotiations with London whereby it is making a series of heavy demands, including that the UK reduce its food quality standards and remove its "country of origin" label on imported products.

By imposing new duties in the middle of this, the U.S. effectively tightens its leverage and negotiating hand over Britain and as it aspires to do with the European continent as a whole, forcing it to capitulate to one-sided trade demands which see their markets forcibly opened up and dominated by American interests.

This in turn shows the perils of completely relying upon this administration as an economic partner and that its agenda cannot feasibly serve the interests of Europe as a whole. This is why in turn calls for Europe to "take the side of the U.S." against China is disingenuous on behalf of the White House and also illustrates the lack of sincerity behind so called "support."

Therefore, Trump is continuing to escalate his trade confrontation with the European Union and by extension, Britain. The airbus dispute is significant and of a long history, yet it serves a purpose in forwarding the President's more clear ambitions in the vision to force Europe to capitulate to American preferences and open up its market.

Thus, the dilemma which Britain now faces, receiving more and more tariffs while attempting to negotiate a deal, shows just how unwise it is to put all your eggs in the White House basket. Europe must continue to keep all its cards open.