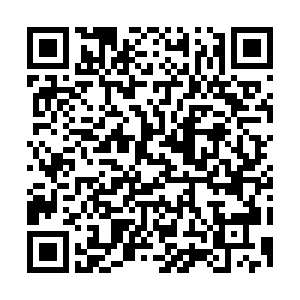 The Arctic is feverish and on fire, at least parts of it are. And that's got scientists worried about what it means for the rest of the world.

The thermometer hit a likely record of 38 degrees Celsius (100.4 degrees Fahrenheit) in the Russian Arctic town of Verkhoyansk last Saturday, a temperature that would be a fever for a person, but this is Siberia, known for being frozen. The World Meteorological Organization said Tuesday that it's looking to verify the temperature reading, which would be unprecedented for the region north of the Arctic Circle.

"The Arctic is figuratively and literally on fire, it's warming much faster than we thought it would in response to rising levels of carbon dioxide and other greenhouse gases in the atmosphere, and this warming is leading to a rapid meltdown and increase in wildfires," University of Michigan environmental school dean Jonathan Overpeck, a climate scientist, said in an email. 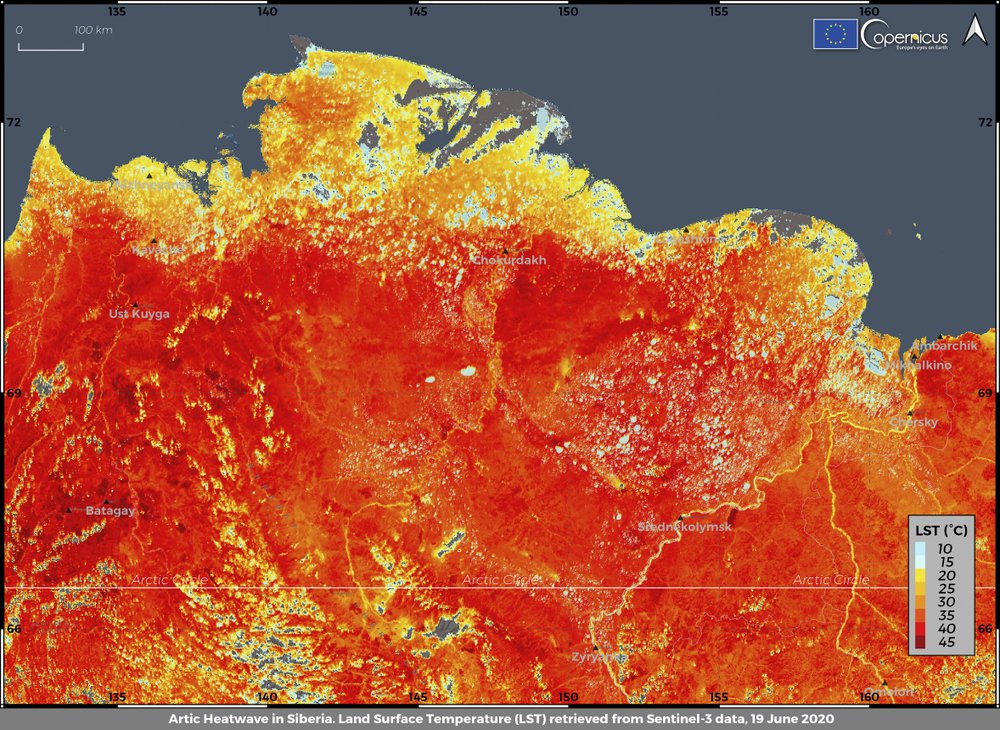 The land surface temperature in the Siberia region of Russia, June 19, 2020. /AP

The land surface temperature in the Siberia region of Russia, June 19, 2020. /AP

"The record warming in Siberia is a warning sign of major proportions," Overpeck wrote.

Much of Siberia had high temperatures this year that were beyond unseasonably warm. From January through May, the average temperature in north-central Siberia has been about eight degrees Celsius (14 degrees Fahrenheit) above average, according to the climate science non-profit Berkeley Earth.

"That's much, much warmer than it's ever been over that region in that period of time," Berkeley Earth climate scientist Zeke Hausfather said.

For residents of the Sakha Republic in the Russian Arctic, a heat wave is not necessarily a bad thing. Vasilisa Ivanova spent every day this week with her family swimming and sunbathing.

"We spend the entire day on the shore of the Lena River," said Ivanova, who lives in the village of Zhigansk, 270 miles (430 kilometers) from where the heat record was set. "We've been coming every day since Monday."

But for scientists, "Alarm bells should be ringing," Overpeck wrote.

Such prolonged Siberian warmth hasn't been seen for thousands of years "and it is another sign that the Arctic amplifies global warming even more than we thought," Overpeck said. 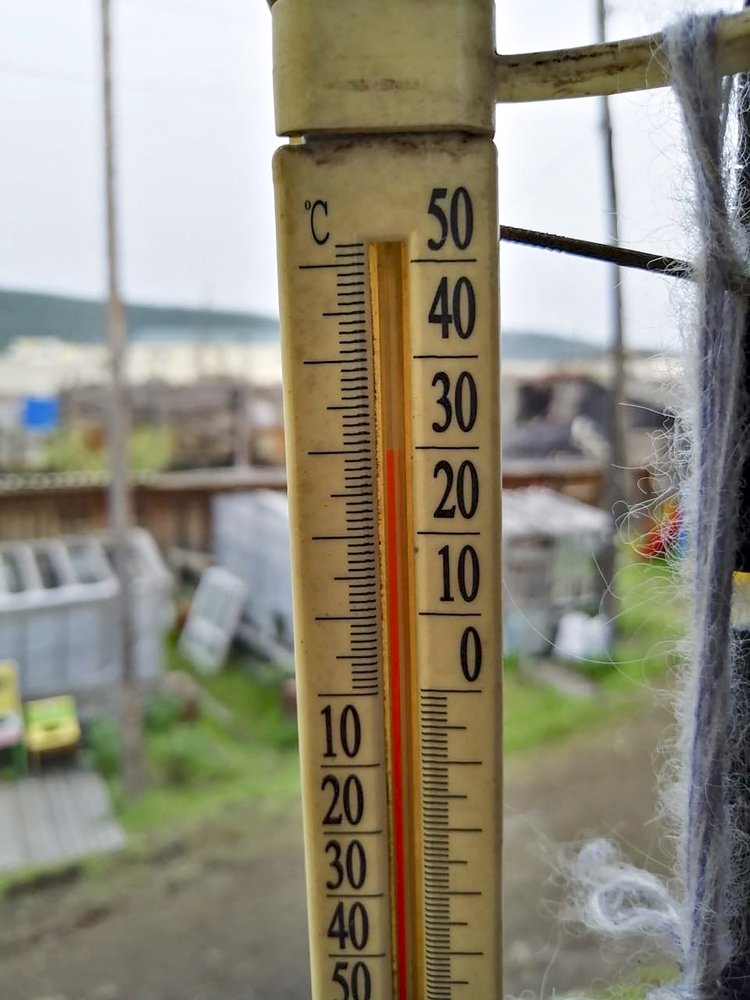 Russia's Arctic regions are among the fastest warming areas in the world.

"In that respect, we're ahead of the whole planet," Kiselyov said.

The increasing temperatures in Siberia have been linked to prolonged wildfires that grow more severe every year and the thawing of the permafrost, a huge problem because buildings and pipelines are built on them. Thawing permafrost also releases more heat-trapping gas and dries out the soil, which increases wildfires, said Vladimir Romanovsky, who studies permafrost at the University of Alaska Fairbanks.

A catastrophic oil spill from a collapsed storage tank last month near the Arctic city of Norilsk was partly blamed on melting permafrost. In 2011, part of a residential building in Yakutsk, the biggest city in the Sakha Republic, collapsed due to thawing and subsidence of the ground. 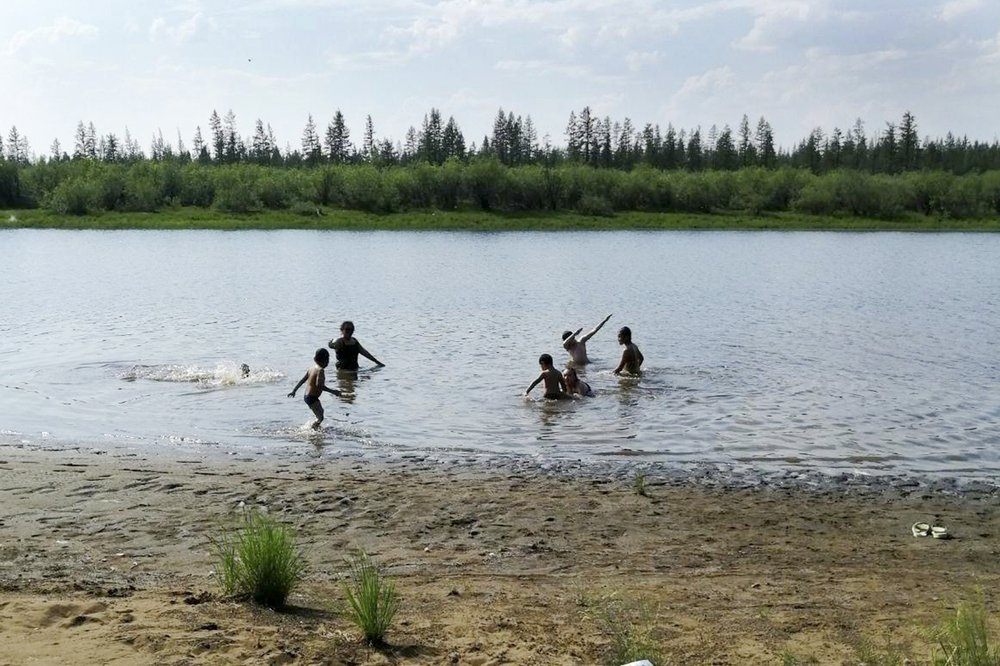 Last August, more than four million hectares of forests in Siberia were on fire, according to Greenpeace. This year the fires have already started raging much earlier than the usual start in July, said Vladimir Chuprov, director of the project department at Greenpeace Russia.

"Methane escaping from permafrost thaw sites enters the atmosphere and circulates around the globe," she said. "Methane that originates in the Arctic does not stay in the Arctic. It has global ramifications.”

And what happens in the Arctic can even warp the weather in the United States and Europe.

In the summer, the unusual warming lessens the temperature and pressure difference between the Arctic and lower latitudes where more people live, said Judah Cohen, a winter weather expert at Atmospheric Environmental Research, a commercial firm outside Boston. 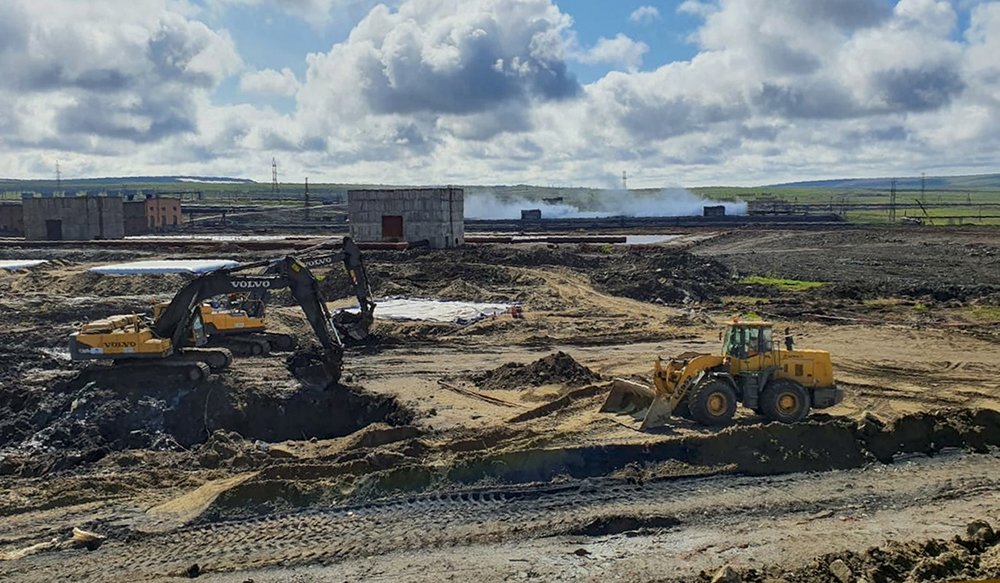 Construction site of a reservoir for soil contaminated with fuel at an oil spill outside Norilsk, 2,900 kilometers (1,800 miles) northeast of Moscow, Russia, June 18, 2020. /AP

Construction site of a reservoir for soil contaminated with fuel at an oil spill outside Norilsk, 2,900 kilometers (1,800 miles) northeast of Moscow, Russia, June 18, 2020. /AP

That seems to weaken and sometimes even stall the jet stream, meaning weather systems such as those bringing extreme heat or rain can stay parked over places for days on end, Cohen said.

According to meteorologists at the Russian weather agency Rosgidromet, a combination of factors, such as a high pressure system with a clear sky and the sun being very high, extremely long daylight hours and short warm nights, have contributed to the Siberian temperature spike.

"The ground surface heats up intensively. The nights are very warm, the air doesn't have time to cool down and continues to heat up for several days," said Marina Makarova, chief meteorologist at Rosgidromet.

Makarova added that the temperature in Verkhoyansk remained unusually high from Friday through Monday.

Scientists agree that the spike is indicative of a much bigger global warming trend.

"The key point is that the climate is changing and global temperatures are warming," said Freja Vamborg, senior scientist at the Copernicus Climate Change Service in the UK. "We will be breaking more and more records as we go."

"What is clear is that the warming Arctic adds fuel to the warming of the whole planet," said Waleed Abdalati, a former NASA chief scientist who is now at the University of Colorado.