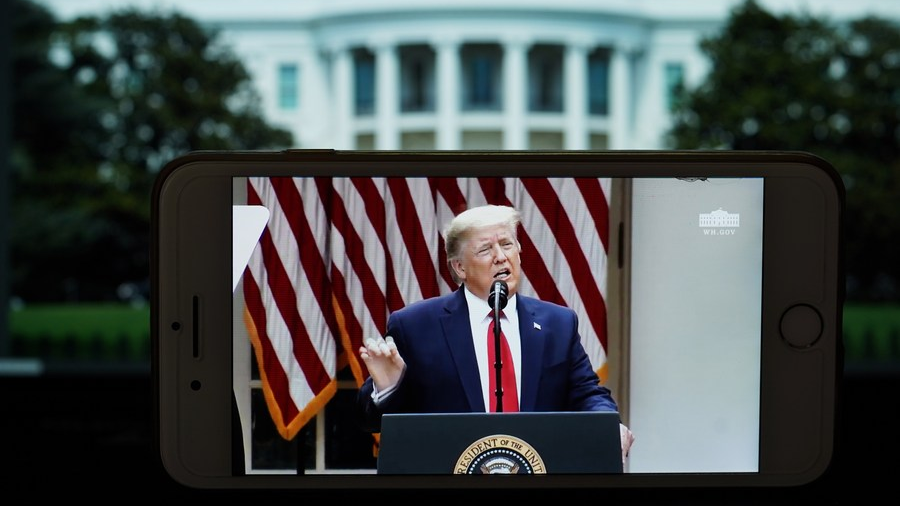 The live broadcast of U.S. President Donald Trump speaking at a press conference at the White House in Washington D.C.. U.S., May 29, 2020. /Xinhua

The live broadcast of U.S. President Donald Trump speaking at a press conference at the White House in Washington D.C.. U.S., May 29, 2020. /Xinhua

According to the White House, this order aims to wrestle with the high unemployment caused by the COVID-19 pandemic and to jump-start the post-pandemic economy.

However, the executive order will not likely help the U.S. labor market but will undermine America's economy.

After decades of globalization, no country, even the United States, the biggest economy in the world, can develop without collaborating with other countries. For example, the U.S. semiconductor industry, one of the most cutting-edge high-tech industries, needs ASML lithography machines from the Netherlands, photoresist from Japan, and of course, engineers from India and China.

America's greatest economic asset is its ability to recruit talents from around the world, making the U.S. a global leader in technology. Immigrants' contributions have been vital for the high-tech industry, while H-1b, L, and J visas are vehicles to bring those talents to the U.S.

Tech companies alone in 2019 hired 138,689 H-1b visa holders. Facebook, a leading company in Silicon Valley, has 3,263 employees on an H-1b visa, not mentioning any green card holders or citizens who gained their citizenship through the due process from an H-1b visa.

Furthermore, abolishing foreign workers will hurt not only the high-tech industry but also the local or national economy that depends on the tech giants.

For instance, the San Francisco Bay Area's real estate market, whose vitality highly relies on work visa immigrants, will crash once the immigrants move out, as the tech giants lose their competitiveness due to a lack of talents, which can drag the country into a deeper recession.

The dot-com bubble — the crash of the technology industry in the early 2000s — dragged the NASDAQ down by 78 percent from its peak. 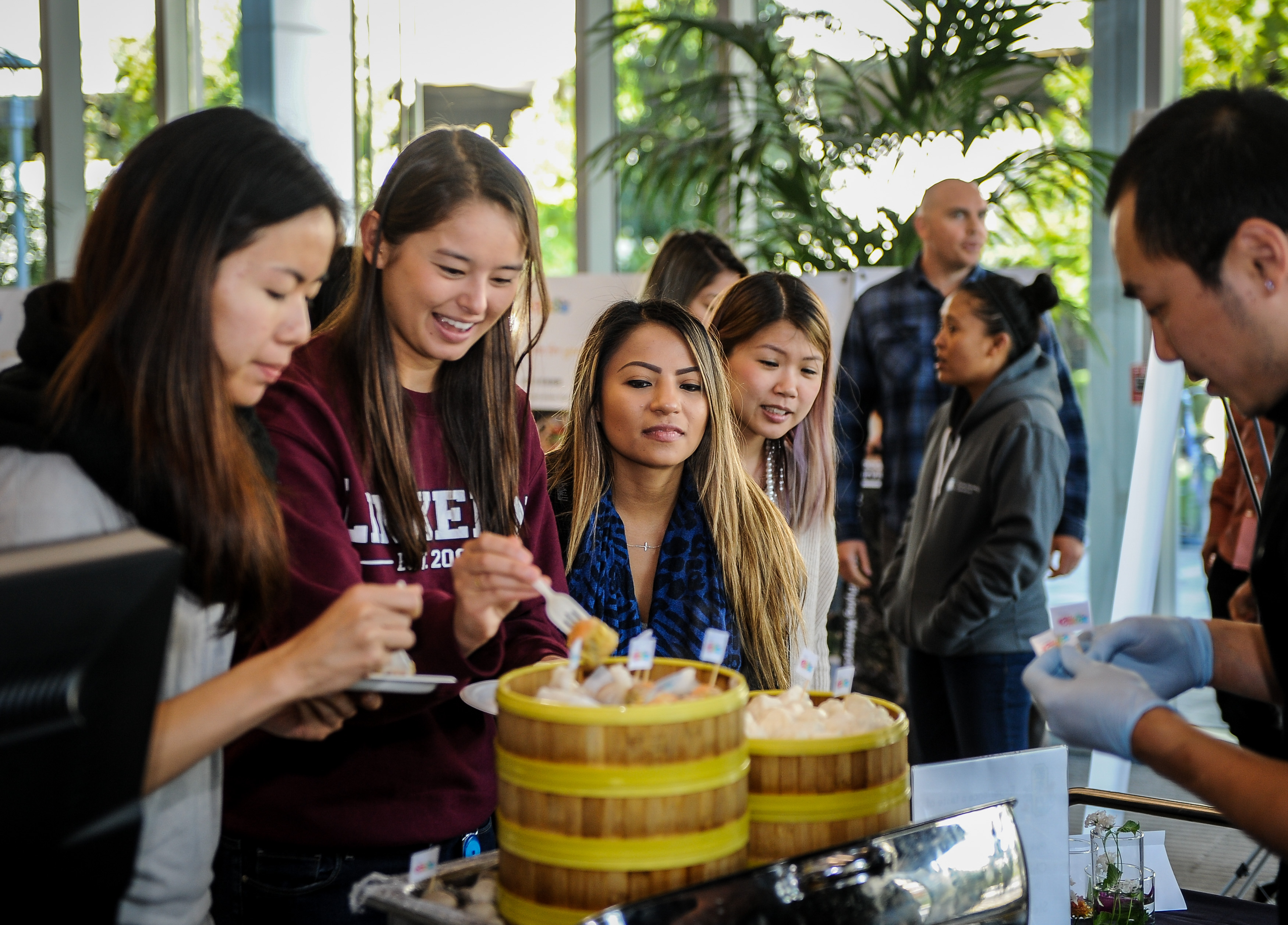 Employees get some Guangdong cuisine at a cafeteria of a high-tech firm in Silicon Valley, the United States, October 11, 2016. /Xinhua

Employees get some Guangdong cuisine at a cafeteria of a high-tech firm in Silicon Valley, the United States, October 11, 2016. /Xinhua

Since Trump took office in 2017, employers and work visa applicants, have been through multiple emotional roller coasters as work-based immigration is tightening up.

In 2017, the U.S. Citizenship and Immigration Services (USCIS) started to require employment-based green card applicants to attend in-person interviews, which burdened the workload of USCIS and thus prolonged the immigration process.

In the same year, the H-1b work visa filing fee increased by 4,000 U.S. dollars per applicant. Starting in 2018, H-1b holders noticed the visa renewal process is three to four times longer than before, and harassment towards work visa holders by Customs and Border Protection (CBP) became a repertoire.

The new visa ban mainly targets work visa applicants outside of the U.S., which blocks over 500,000 workers from entering the U.S.

Meanwhile, this order does not protect American jobs, as the president claimed. H-1b, L, and J visas are for high-skilled workers who normally hold degrees in engineering, science, and technology. Work visa holders normally have the skillset that Americans do not have. The corrupted public school system prevents American middle- and working-class kids from pursuing degrees in STEM fields. To hire foreign high-skilled workers, employers must pay an extra application and lawyer fee, higher than average salary, and an annual visa fee. Hiring a foreign worker is more expensive than hiring an American; no company prefers to spend more on labor unless necessary. Therefore, those positions currently held by foreign workers would not likely go to Americans. Yes, an average American can boot camp and then move the way up as a developer, but boot-camp is not a reliable pipeline of talents for companies.

This order does not serve the U.S. labor market, nevertheless serves Trump's re-election. Or rather, this proclamation is solely for his re-election.

Suspending work visas does not directly impact any voter — it may affect a few employers, but work visa holders are not voters. This order will significantly boost his voter base's morale after he fails to handle the pandemic and recession. Instead of addressing his failure in responding to the pandemic that caused high unemployment, blaming the immigrants is Trump's go-to card to avoid responsibilities. Trump needs to remind his voters of his anti-immigration attitude every other month. That is why he signed this executive order on the day when the last immigration ban expires.

The cost of this shenanigan is uncertainty and anxiety. No business would invest in a market where policies are unpredictable or tightening up.

While the U.S. is blocking global talents, China is loosening up its policy for foreign investments. Opening up and collaborating was America's key to winning the Cold War. Both the U.S. and the Soviet Union spent fortunes in recruiting allies and donating to international organizations, hoping to expand prestige. Today, multilateralism is still crucial, but Trump refuses to learn from history.